The Apple TV has gained an eclectic round of new channels to join this year’s additions of ESPN, Disney, HBO, PBS, and others — for a total of 14 new apps since June (for more about what’s been added to the Apple TV this year, see “Apple TV Update Adds HBO GO, ESPN, and More,” 19 June 2013; “Apple TV Updated with New Channels, Netflix Profiles,” 27 August 2013; and “PBS and Yahoo Come to Apple TV,” 19 November 2013). All the new apps should appear automatically in your Apple TV’s main menu.

The Watch ABC app, like its Web and iOS counterparts, lets you watch the latest episodes of ABC’s shows, including “Agents of S.H.I.E.L.D,” “Scandal,” and “Once Upon a Time.” Unlike the Web and iOS versions, however, the Apple TV app requires activation with a participating cable or satellite provider, which is disappointing. To add insult to injury, it has a number of
unskippable commercials. Also, the app won’t work outside of the United States. For some reason, the app doesn’t think my home in Tennessee qualifies, so I can’t access it as of this writing. (I can assure ABC that my state was admitted back to the Union on 24 July 1866 and is on amicable terms with the federal government.)

The Bloomberg app brings the business news channel to the Apple TV, with clips, full shows — such as “Charlie Rose” — and even live content. It’s the Apple TV’s best American news channel yet, joining the anemic Wall Street Journal app and the British Sky News. Bloomberg doesn’t require a cable subscription and is free with ads. 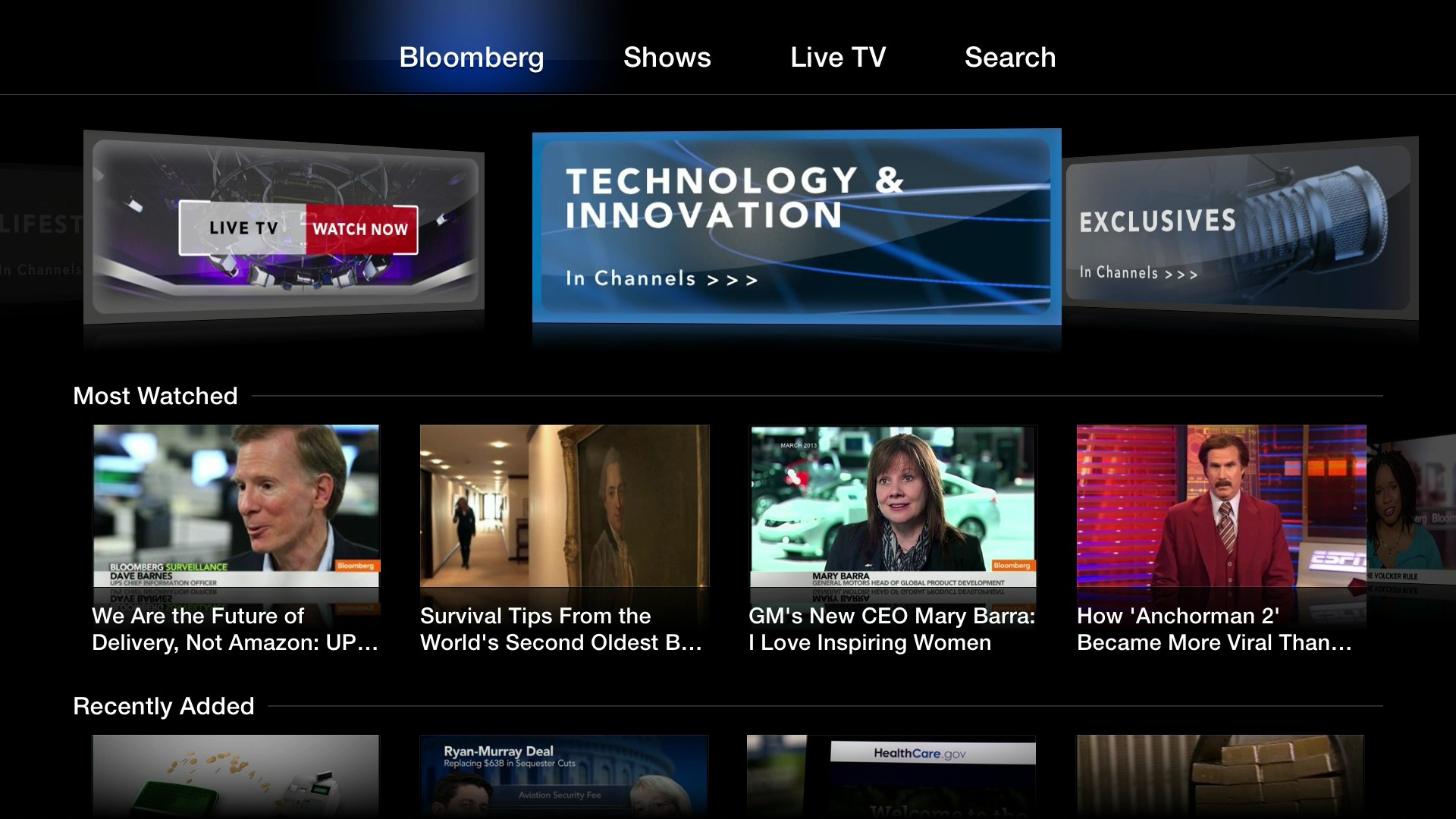 Crackle is an exciting addition to the Apple TV (I previously recommended the iOS version for use with AirPlay in “Take Control of Apple TV, Chapter 6: Apple TV at the Movies,” 9 December 2013). It’s a free, ad-supported app with an odd mix of movies and TV shows. The currently featured movies include “Big Daddy,” “Step Brothers,” “Ghostbusters,” “American Psycho,” and “The Spirit.” Available shows include “Seinfeld,” “I Dream of Jeannie,” “Sanford
and Son,” “Barney Miller,” “Damages,” and “The Shield,” as well as original shows like “Chosen” and Jerry Seinfeld’s “Comedians in Cars Getting Coffee.” While you aren’t likely to find anything you’re actively searching for on Crackle, you can probably find something you’ll enjoy watching. 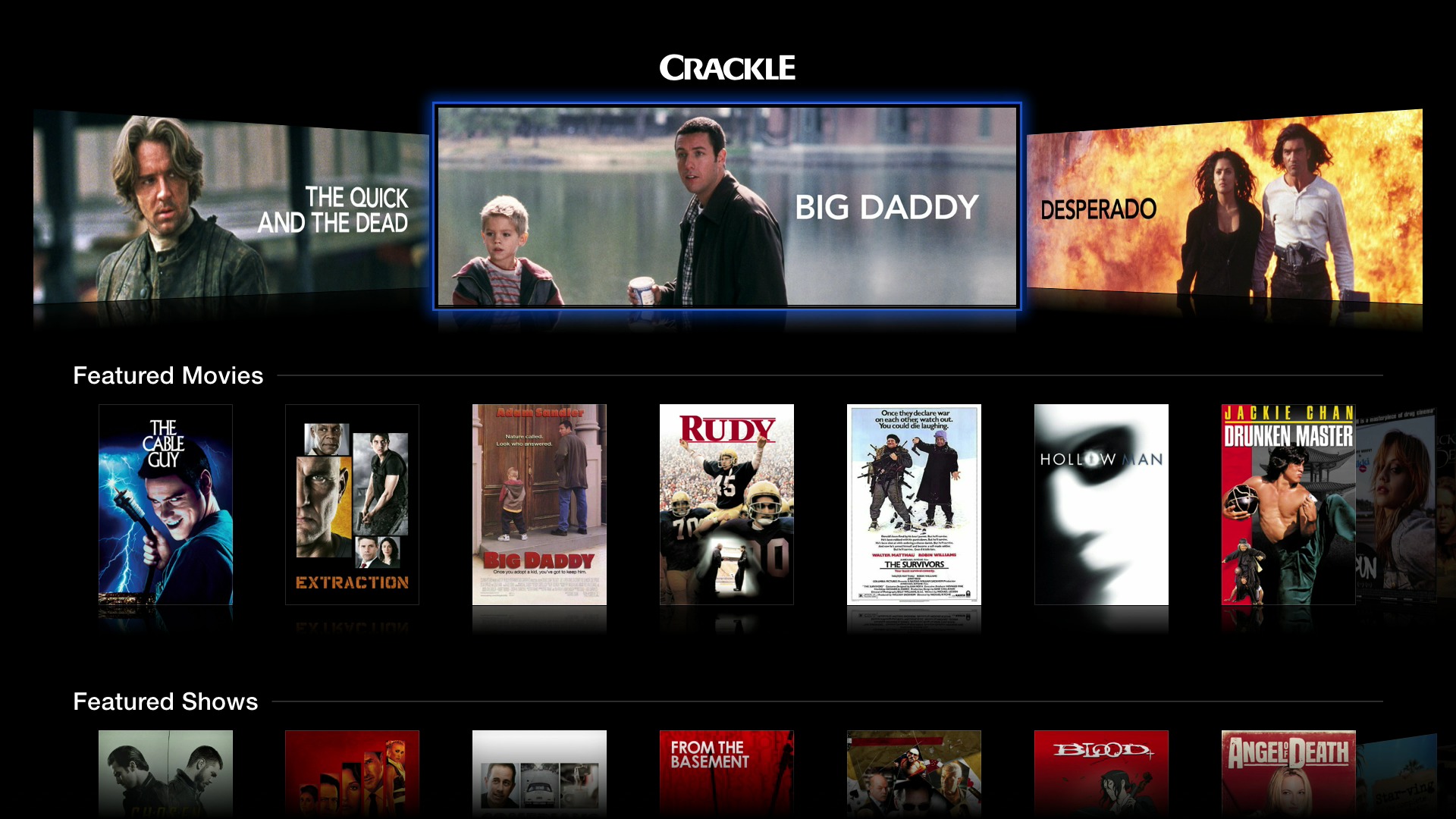 Of all the new additions, KORTV is the most interesting, at least for a subset of Apple TV users, as it offers Korean movies and TV shows. I found only one (free) English program in the entire app. Interestingly, the descriptions for Korean-language content are in English. 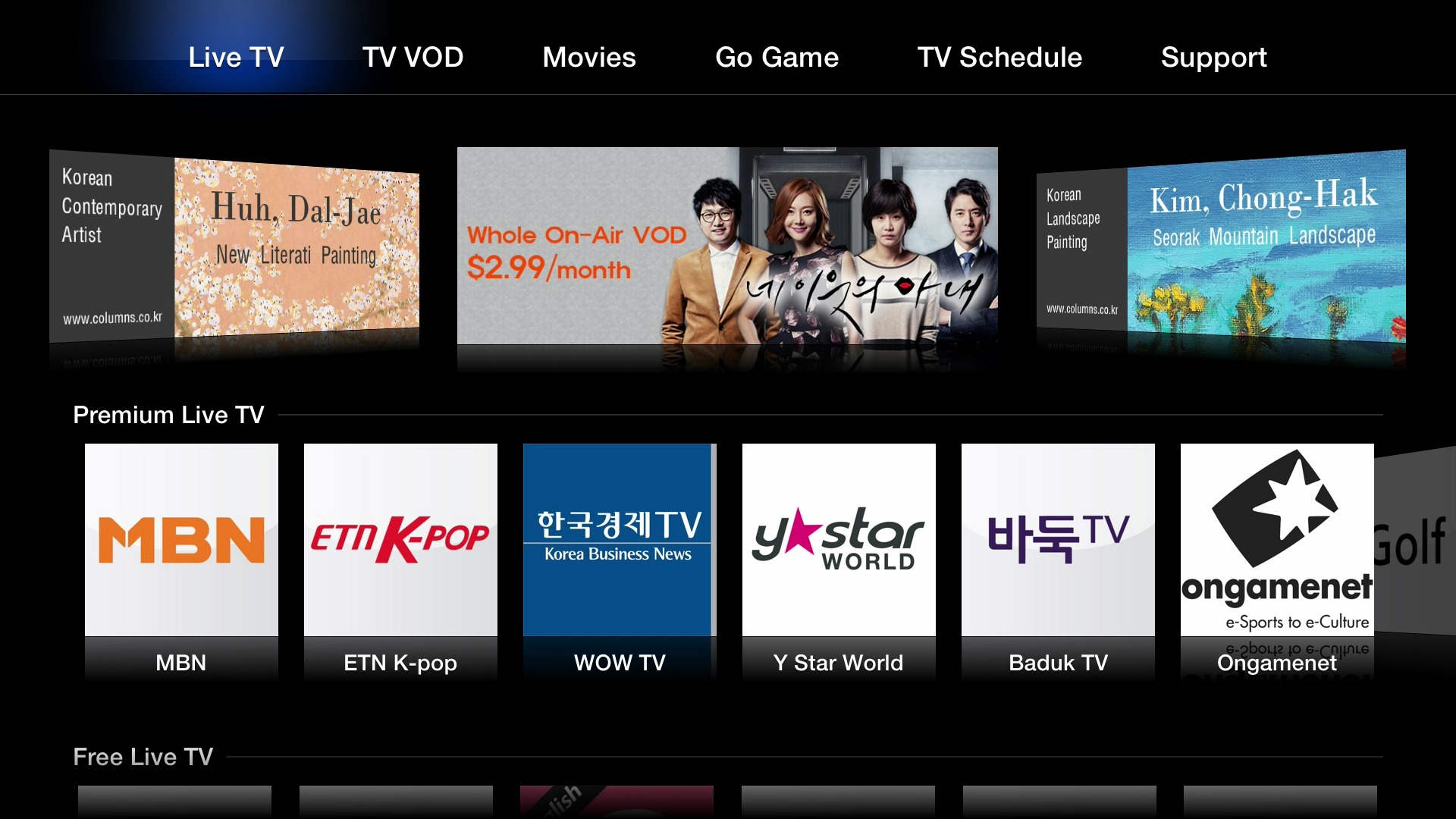 Some of KORTV’s content is free, but much of it requires a subscription, with fees between $1.99 and $4.99 per month. For instance, MBN business news is $1.99 per month, ETN K-pop (featuring Korean pop music) costs $2.99 per month, and you can access all available movies for $4.99 per month. If you’re a fan of the ancient strategy game Go, there’s an entire free section dedicated to it, provided you understand Korean.

New content is always welcome on the Apple TV, though Apple is both filling in obvious gaps (such as with ABC and the previous addition of PBS) and adding quirky choices that feel like obscure cable channels. The more content Apple adds to its streaming box, the more apparent it is that the company needs to provide better organizational controls or even open an Apple TV App Store in order to preserve the sanity of users faced with a plethora of choices every night (not to mention us poor book authors). Easier app hiding is rumored to be on the way, but until then, I explain how to hide unwanted apps in “Take Control of Apple TV, Chapter 2: Set Up Your Apple TV,” (4 November 2013).