Greetings from the Pepcom Experience at the Mirage, where the drinks are flowing, the desserts are excellent, and Glinda the Good Witch says, “No one likes the salad.”

That last bit probably requires some explanation. The theme of the event is “The Gizmos of Oz,” and, somewhat weirdly, they’ve hired actors in full Oz costume to walk around. I ran into Dorothy, the Wicked Witch, Glinda, the Scarecrow, and the Tin Man. No sign, however, of Jack Pumpkinhead, which is probably for the best — he’d be rather scary in person. Glinda made her comment as we walked together past an otherwise-ravaged buffet table where all of the salads were neatly intact.

Poppy 3D — The first magic gizmo I saw accomplishes its wonders with mirrors, if not smoke. The Poppy from Hack Things converts any iPhone 4 or later (or fifth-generation iPod touch) into a 3D stereoscopic camera and viewer. Slot your iPhone into the Poppy, and rotate the outer portion of the Poppy 180 degrees to take two side-by-side videos or photos from slightly different vantage points. Then rotate it back to convert the camera into a viewer and watch your video in 3D. Anyone who grew up with a View-Master (still going after 70 years!) will feel a twinge of nostalgia
upon using a Poppy. The Poppy is available from Hack Things for $59. 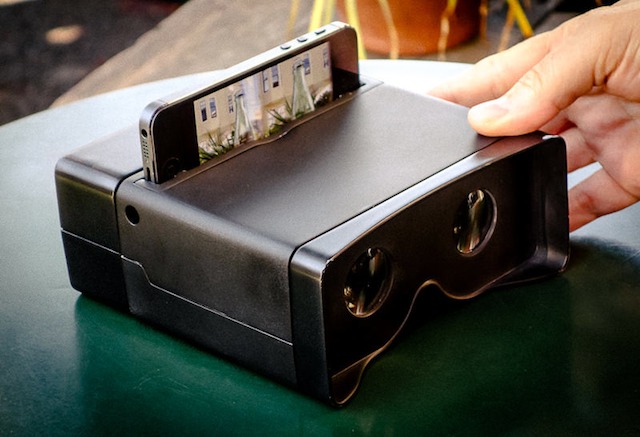 Binatone Brick — Also in the blast-from-the-past category is the Binatone Brick, which brings back a fashion statement from the 1980s as either a Bluetooth handset for your iPhone or a standalone cell phone, once you slot in a 2G GSM SIM card. (What statement it makes about its users will be left as an exercise for the reader.) Only slightly smaller than Agent 86’s shoe phone, the Brick is designed for those who want a handset they can wedge firmly between shoulder and ear. And thanks to its oversized dimensions, the $69.99 Brick boasts 14 hours of talk time, speakers to
play your music from a microSD card or from an FM radio, an LED flashlight, and the capability to charge more modern-looking devices from its beefy battery. 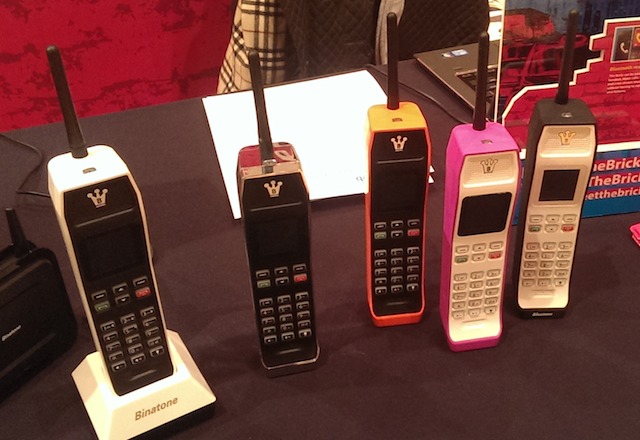 Seagate Backup Plus and LaCie Sphère Drives — Seagate and LaCie both turned my head with new hard drives. Seagate is showing a pair of immensely practical, and mind-blowingly small, portable drives as part of their Backup Plus portable drive series. The 4 TB Backup Plus Fast model (117 by 83 mm, and 307 grams) costs $269.99, and the 2 TB Backup Plus Slim model (114 by 76 mm, and 150 g) that’s half as heavy as its big brother runs $149; both rely on USB 3.0. Meanwhile, Seagate subsidiary LaCie is showing off the silvery Sphère, a Christofle-designed 1 TB drive with the immensely impractical price of $490 that graces your desk like a work of art. 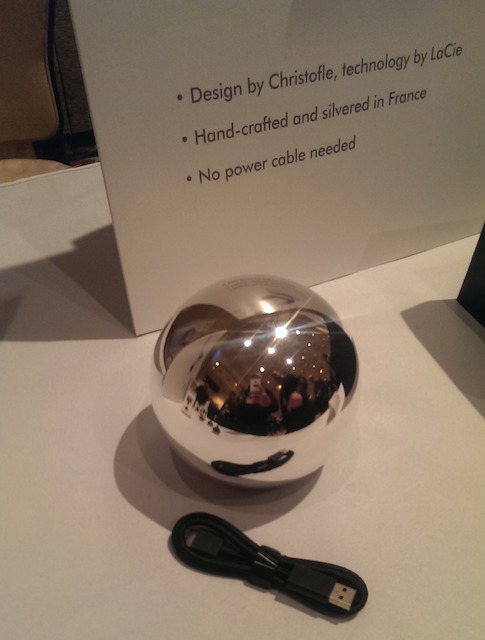 Autographer — I’ve never understood tourists who want to view everything they see through the screen of a camera or mobile phone. The Autographer camera, from (perhaps unfortunately named) OMG Life, offers an interesting take on taking snapshots automatically: clip the camera to your clothing and let it take photos for you. The Autographer has a wide-angle lens and intelligent heuristics that decide when to take a picture, and uses a variety of sensors to figure out exactly how to frame the shot. You set whether you want 50, 100, or 200 pictures per hour — it uses a 5 megapixel sensor and has 8 GB of memory. When you’re
done, you presumably figure out which shots you want to keep after downloading them to your iPhone or Mac. The Autographer is available now for $399, with an accompanying free app in the iOS App Store for browsing the photos and connecting to the device. 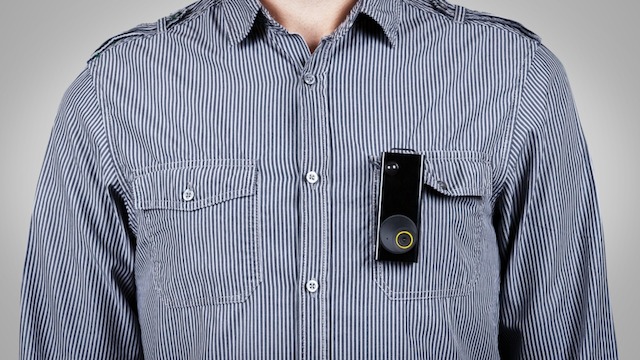 Looxcie — Also coming forward with a wearable camera is Looxcie, with the $99.99 Looxcie 3. The Looxcie 3 can take still frames with a press of a button, but can also be used with an iPhone or Android device to stream live 720p HD video directly to Facebook or to other cell phones. Video can also be immediately uploaded to YouTube, iCloud, or sent by email; a microSD slot additionally allows for up to 64 GB of local storage.

Ozobot — Cute robots are inescapable at CES this year, and the Ozobot has cute in spades. A one-inch rolling robot that reminds me of half a Weeble, the Ozobot follows paths drawn on your iPhone or iPad, and picks up speed and turn cues from the colors and dots in the path. As with the Sphero 2B (which I described in “CES 2014: CES Unveiled and the Startup Debut,” 6 January 2014), I’m unclear on how captivating a toy this will be, but it’s fun to watch the Ozobot dashing
around on an iPad surface. Ozobot has a Kickstarter project launching 15 January 2014, with the goal of landing in stores by the end of the year.

AirDrop Gaming HipShotDot — Last but not least, I came across a simple device for gamers whose genius becomes obvious as soon as you see it. The HipShotDot is a USB-powered LED light that sits in front of a gaming screen, displaying a bright red dot in the center of first person shooter displays. Never again will you lose track of your crosshairs while gunning down Nazi zombies in heavy smoke. A mere $29.99 will make you that much more deadly against your friends, family, and random Internet opponents. 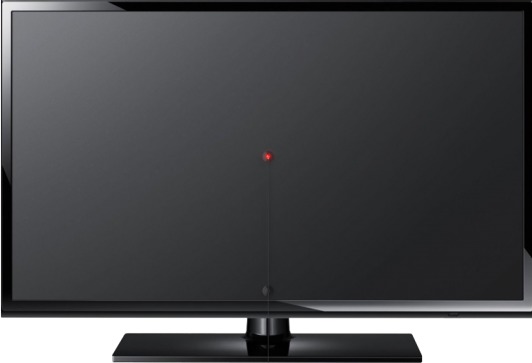 CES 2014 Tech News
Cookies & Privacy: We wish we were talking about chocolate-chip cookies here, but our Web site—like nearly all others—relies on a few minor digital cookies. Various laws around the world require us to tell you that fact, so consider yourself informed, if not nourished. By continuing to use this site, you agree to our use of these cookies. Cookie and Privacy Notice