The phrase “console quality” gets thrown around a lot when discussing graphics in iOS games, but no one ever suggests such a thing when talking about the gameplay itself. Most iOS games fall into two camps: simplistic gameplay that’s designed around the limitations of a touch screen and complex gameplay that uses clunky virtual control elements to emulate console mechanics. République, by Seattle developer Camoflaj, brings both console-quality graphics and console-quality controls to iOS, raising the bar for mobile gaming. The first episode, Exordium, is available for $4.99 in the App Store, and four
upcoming episodes can be pre-purchased via a $14.99 in-app purchase, which also enables in-game developer commentaries.

République is a stealth-action game, in the spirit of the Metal Gear series (which is no surprise, as many of the creators are veterans of that series, including David Hayter, who was the voice of Metal Gear protagonists Solid Snake and Big Boss). République’s protagonist is Hope, a young woman who has been detained in the fascist Metamorphosis facility by the Prizrak, who rule with an iron fist. 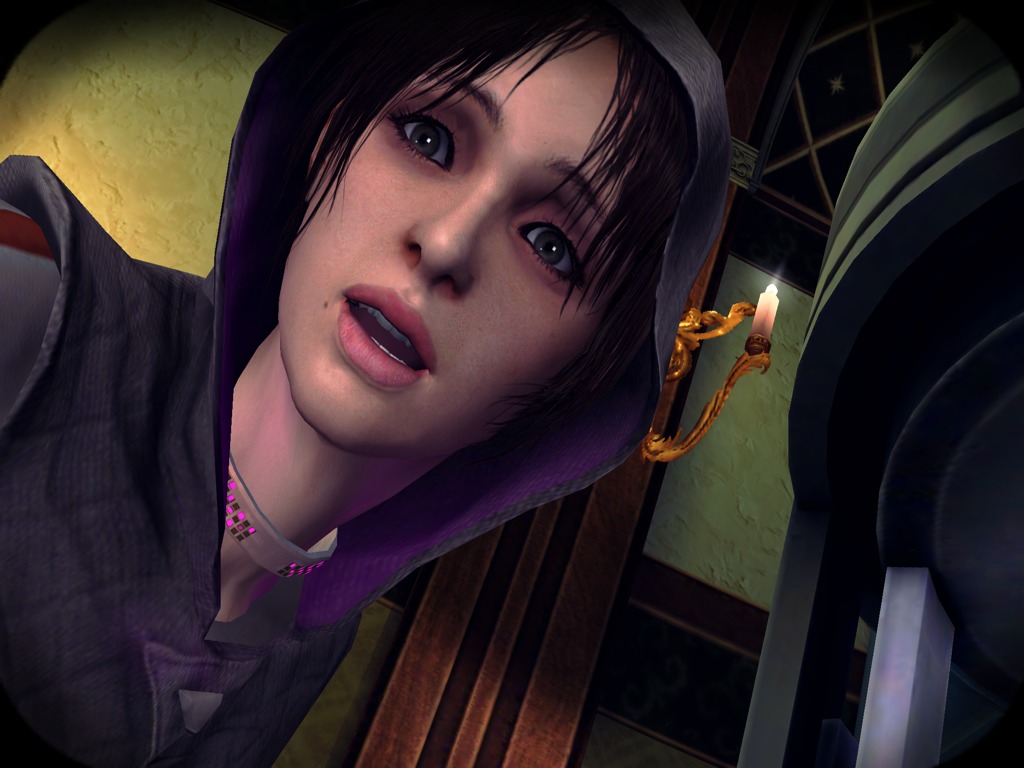 While Hope is the protagonist, you don’t control her. Rather, you play a mysterious hacker who has infiltrated the systems of Metamorphosis, watching the action through the many security cameras in the facility. Jumping from camera to camera, you guide Hope around Prizrak guards toward freedom.

This is part of what makes République so clever. Instead of an onscreen radar, as was used in earlier Metal Gear games, you can use the security cameras to scout ahead to the next room to spot guards and watch their patterns.

If you’ve never played a stealth-action game before, it’s a bit like a puzzle. The Prizrak guards in République walk in fixed paths, so before taking action, you have to study their patterns to time your approach, and slip past while the guard looks the other way.

The other thing that makes République clever is that you don’t have to control Hope directly. Tap a corner, and she’s smart enough to sneak up to it and plant herself against it to stay out of sight. Likewise, a single tap tells her to pick a guard’s pocket or hide in a locker. République is the first iOS game of its class that’s not constrained by its controls, but enabled by them. 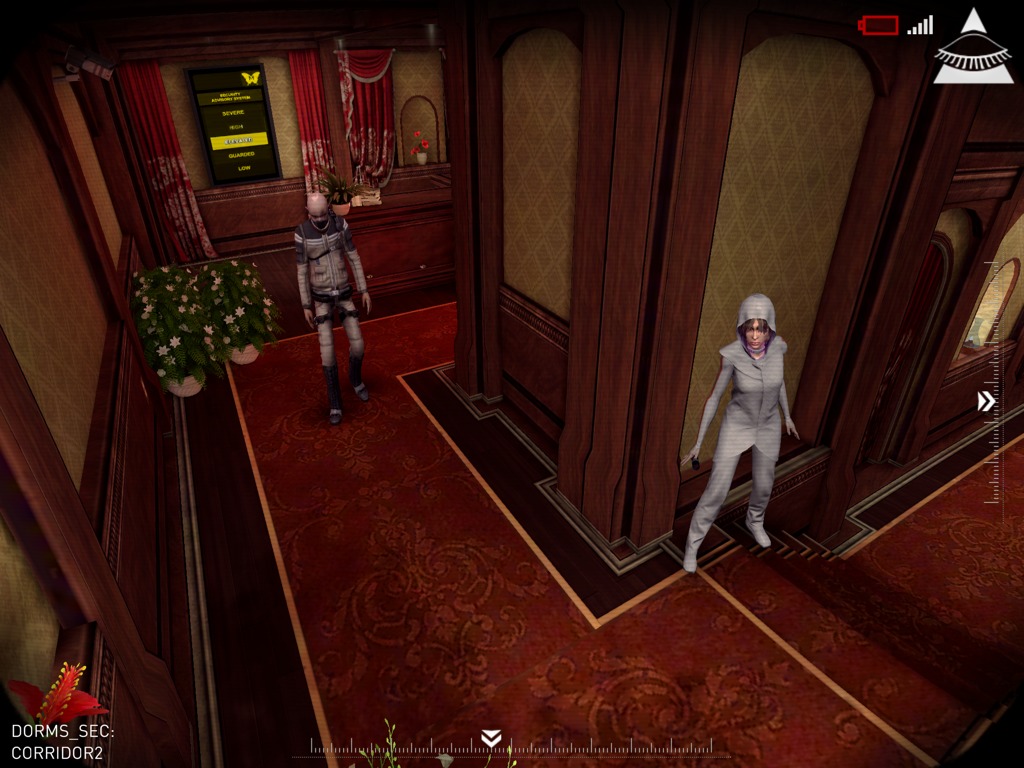 The game’s cameras have two views: normal view, in which you guide Hope, and OMNI view, which pauses the action, showing various targets you can hack, like cameras and doors. Also in OMNI view, you can view dossiers of guards (Kickstarter backers who contributed $1,000 or more had their pictures placed in these dossiers — a somewhat dubious honor) and gather information laying around, which can be sold at data broker consoles to
purchase more capabilities. As you upgrade capabilities, you can listen to voicemails, read emails, and set off alerts to distract the guards. But what you can hack is limited by the battery life of Hope’s phone, which she can recharge in the same rooms as the data broker terminals. 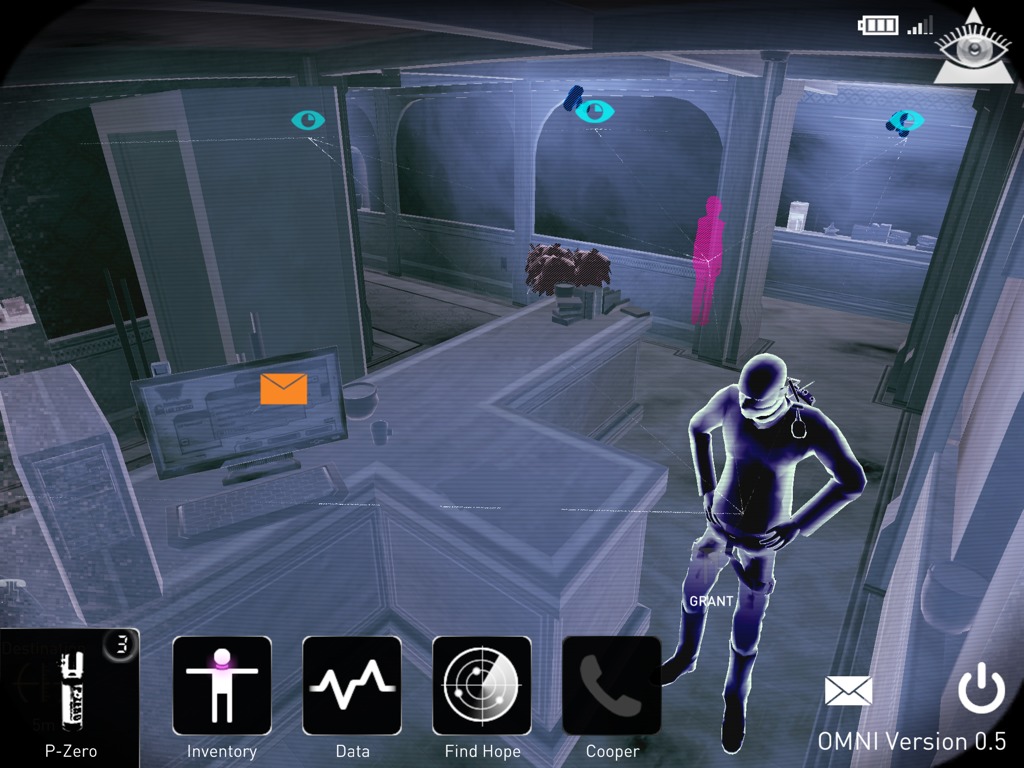 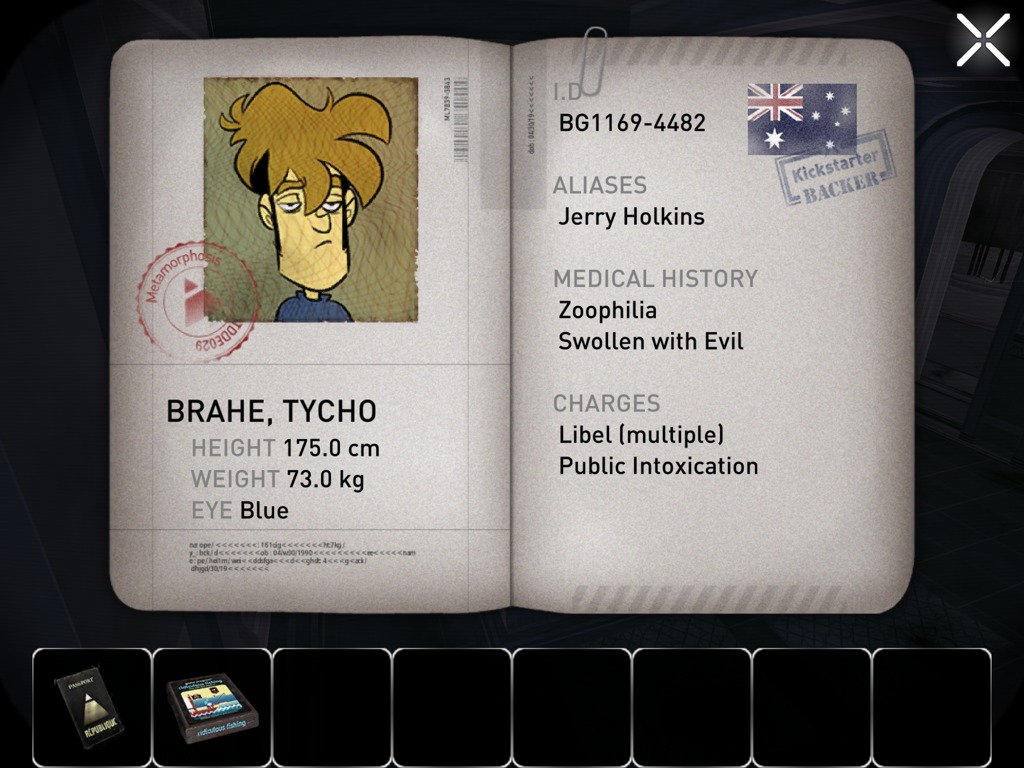 Hope can collect items of her own, including contraband books (such as “Naked Lunch,” “Animal Farm,” and “Brave New World”), audio tapes, and video games (which are actually other App Store games, like “Ridiculous Fishing” and “Bastion,” cleverly styled to resemble Atari 2600 cartridges). They
don’t appear to have a function in the game, at least in this episode, but each provides a bit of voiceover narration that adds atmosphere to the game. The setting of République is heavily influenced by George Orwell’s “Nineteen Eighty-Four,” with some scattered potshots at our modern security state. 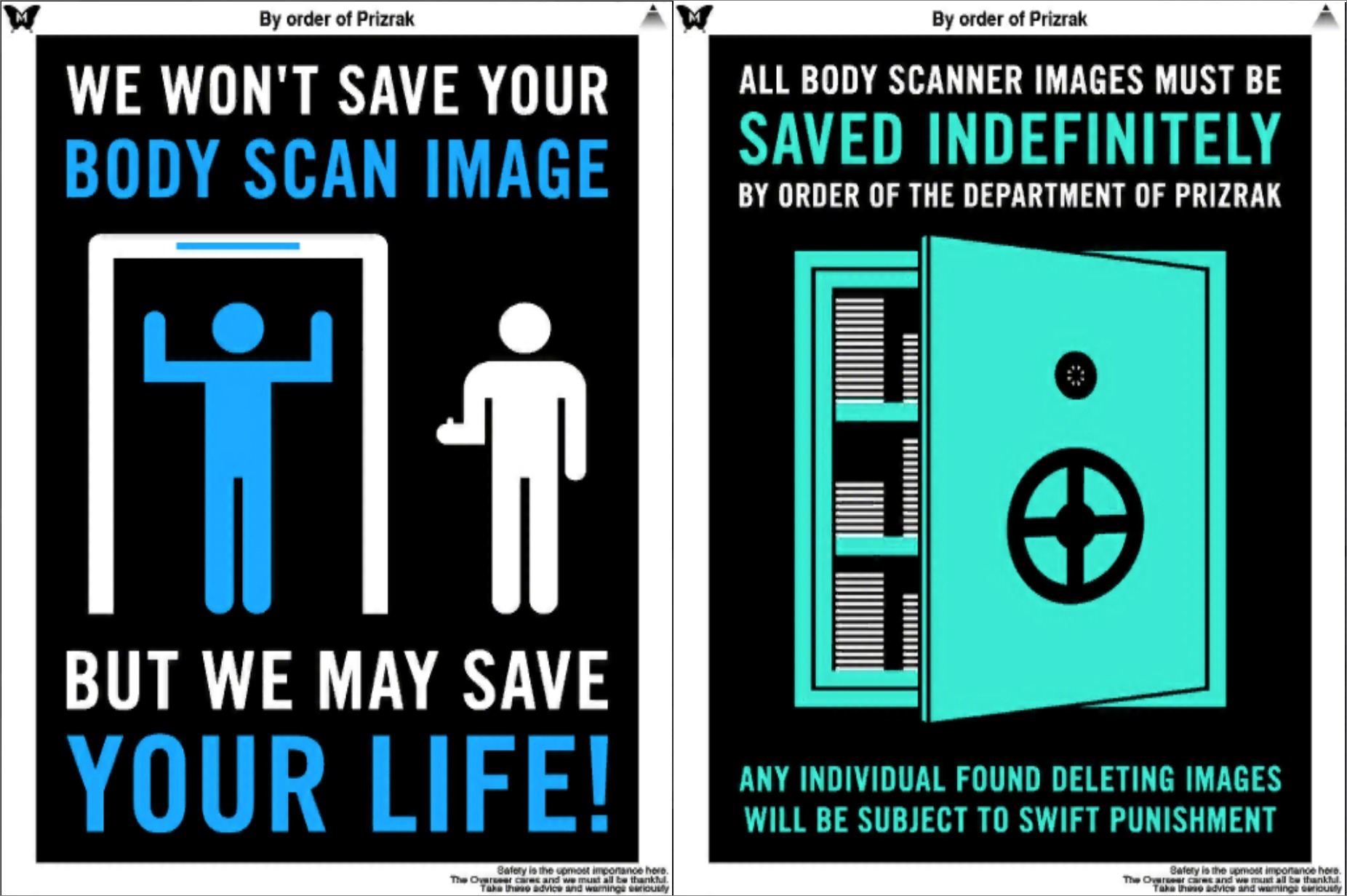 If Hope is caught, she isn’t re-educated by the Thinkpol, but hauled back to the nearest holding cell, from which she must again escape. Fortunately, you find cans of pepper spray and Tasers along the way — the former stuns a guard temporarily, while the latter stuns a guard permanently. Each has only a single use, so they should be saved until absolutely necessary.

République’s gameplay is incredible, not just for an iOS game, but in general. And the graphics and audio are an equal match for anything from game consoles. The developers recommend an iPhone 5 or later, though the game looks as magnificent on my iPad Air as it does on my iPhone 5. As a delightful bonus, game progress is synced automatically via iCloud, so you can pick up and play anywhere.

Beyond graphics and gameplay, I’m impressed by the maturity of the team at Camoflaj. Female game protagonists are rare, and are usually scantily clad, oversexed caricatures. However, Hope is a believable, relatable protagonist who just wants to escape to freedom.

Another thing I like is that, despite being an action game, République is not violent. Even though the Metal Gear games had an underlying message of nonviolence, and many of them could be beaten without killing anyone, it still armed you with plenty of pistols, assault rifles, and explosives for when things went south. The only weapons to be found in République are pepper spray and Tasers, and even those aren’t necessary if you’re sufficiently stealthy.

The first episode took me about three hours to complete, after which I promptly pre-ordered the remaining episodes. République is the most satisfying game I’ve played on iOS. It sets a new bar for what a mobile game can aspire to, with a gripping mystery of a story that leaves you aching for the next episode.

Comments About FunBITS: République Episode 1: Exordium for iPhone and iPad