iPhone batteries generally last long enough that charging once a day is sufficient. But when I upgraded my iPhone 5 to iOS 7, my iPhone started shutting down when I tried to use it with 20–30 percent battery life left (“Four Problems with iOS 7: Crashing, Messages, Siri, and Audio,” 2 October 2013). The maddening problem had never occurred before installing the beta of iOS 7, and not only was I unable to avoid it with any of the usual advice for optimizing battery life, the crashes became more frequent in our increasingly cold weather, with the iPhone shutting down even with 50 or 60 percent battery life left. (iPhones work best
from 32° to 95° F, or 0° to 35° C. With entire weeks where the outside temperature never exceeds the freezing point, and lots of winter sports, my iPhone was not a happy camper.) Clearly, it was time to do something.

Although the battery life was sufficient to get me through a day of normal usage if the iPhone didn’t crash, I decided the only solution remaining was a battery replacement. I had replaced the battery in my iPhone 4 when it stopped being able to hold a charge for an entire day, and the process outlined at iFixit was so easy (watch the video to see what I mean) that I figured I’d have no problem doing the same for my iPhone 5.

(If the mere concept of opening an iPhone fills you with dread, Apple will replace the battery for you, for $79, plus $6.95 shipping if you can’t go to an Apple store. That seems expensive to me, especially when iFixit charges $29.95 for the same battery plus the necessary tools. But, as you’ll see, that $50 difference might be worth the peace of mind. If you need to return it, start at the Service Answer Center for iPhone, select your country at the top, and then click Battery Replacement on the right side.)

So I ordered iFixit’s iPhone 5 Battery Replacement Fix Kit, and once it arrived, sat down with the full set of instructions and instruments. As is common with iFixit, the instructions were clear, thorough, and well illustrated, although they weren’t entirely forthcoming about how difficult it is to separate the display from the case. (The video was more up front about this.) I had to apply significant pressure, and when the clips finally released, I almost pulled the display’s cables out by force. That step, which hadn’t been required with the iPhone 4, was nerve-wracking.

Nothing else was quite as scary, but it was far from simple. Prying the old battery out of its adhesive bed was difficult, especially given the warnings about not breaking the logic board, and it took me several tries to reinstall the tiny screws, one of which wouldn’t cling to the magnetized tip of the screwdriver.

The real problem, though, was that the iFixit guide warned that it was difficult to reattach the LCD cable from the screen, and if it wasn’t properly affixed, the screen might stay black when powering the iPhone back on. On my first try, that’s exactly what happened — nothing appeared to happen once I reassembled the iPhone and tried to power it on. But here’s the problem — without the screen, there’s no way of knowing if the iPhone was on, and it’s a bad idea to open an active iPhone.

Without thinking it through sufficiently, I started to disassemble the iPhone again, figuring it would be easier the second time. It was, but not that much, and when I got the iPhone put back together again, the screen remained black. That’s when I realized that the new battery itself might simply be completely discharged, so I plugged the iPhone in, and after a minute or two it rewarded me with a dead battery display. So all was well, and my second effort, while likely unnecessary, hadn’t been on an active iPhone. After an hour or so, the battery was fully charged, and the iPhone has been entirely reliable since, even in cold weather.

Would I do this repair myself again? In retrospect, I think not — the chance of making a costly mistake was just too high, and far higher than with the iPhone 4. iFixit has a tool that’s not mentioned on the iPhone 5 replacement page — the iSclack — designed for opening the iPhone 5, 5s, and 5c safely; the latter two are even trickier to open. But adding its $24.95 price to the cost reduces the win over Apple’s $79 replacement unless you’re planning to use it more than once. 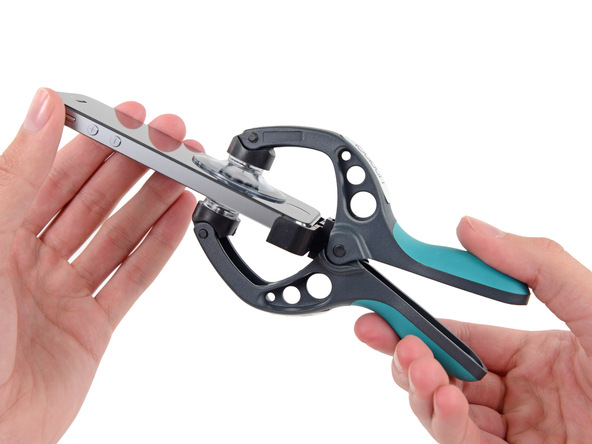