Nearly six months after the debut of iOS 7, Apple has released iOS 7.1, the first update to make significant feature changes to the mobile operating system, along with visual tweaks that should make using an iOS device easier for those without perfect vision, and bug fixes that promise to address home screen crashes.

The update is about 200 MB if you install directly on a device via Settings > General > Software Update; if you download via iTunes, it’s about 1.25 GB and may take several tries to download successfully, if my experience was indicative.

Most of the visual changes in iOS 7 revolve around making text bolder, identifying text-only buttons better, and increasing contrast, along with reducing additional animation. 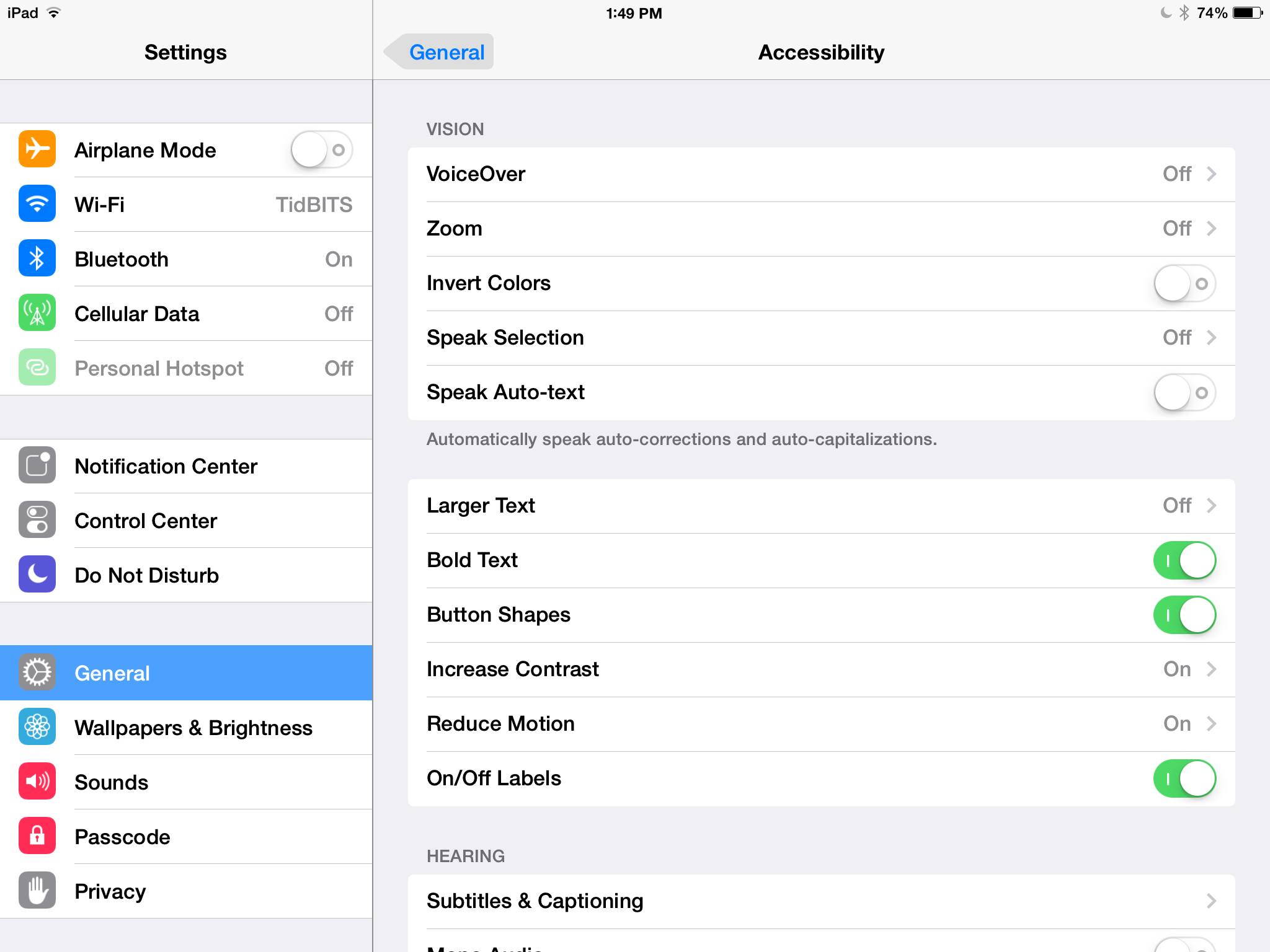 I strongly encourage everyone to explore these settings to see which are the most comfortable for your eyes.

You’ll also see a new, rounded look for the power-off screen and for the call button in the Phone app. Plus, the incoming call interface now offers separate circular Decline and Accept buttons below the controls for Remind Me and Message. 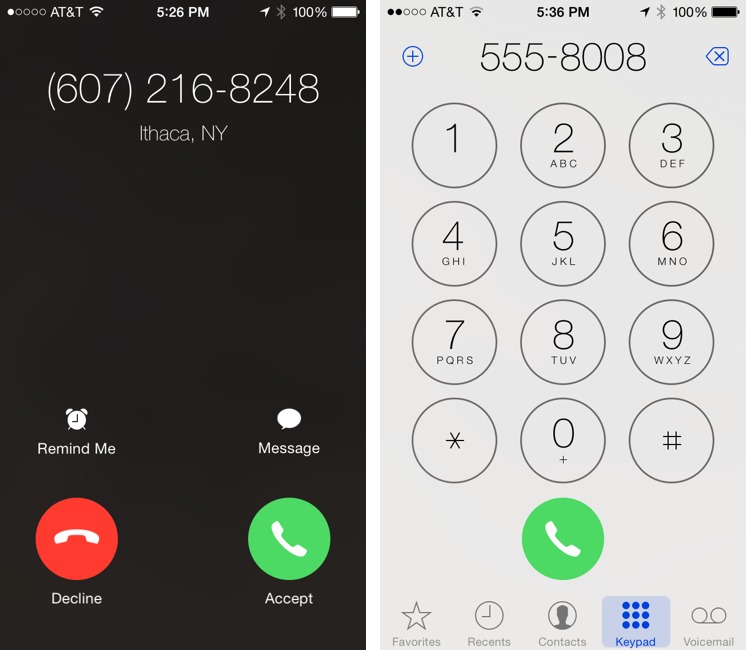 New to iOS 7.1 is support for CarPlay, which is designed to use Siri voice commands and prompts to let you control certain apps, including Phone, Music, Maps, Messages, and third-party audio apps, without looking at your iPhone (only the iPhone 5, 5c, and 5s are supported). With CarPlay’s “eyes-free” approach, you’ll be able to answer an incoming phone call, dictate text messages, request directions, and navigate your music library. CarPlay also integrates control of these iOS
apps with the car’s own buttons, knobs, and touch screen. But don’t get your hopes up unless you’re planning to buy a Ferrari, Mercedes-Benz, Volvo, Honda, or Hyundai in the near future. Most other carmakers are promising future support for CarPlay later on. Also note that CarPlay isn’t available in all countries.

Speaking of Siri, iOS 7.1 makes it possible to control when Siri listens manually by holding the Home button down while you speak and releasing it when you’re done — a sort of walkie-talkie interface. Apple has also added new, more natural-sounding male and female voices for Mandarin Chinese, UK English, Australian English, and Japanese. No mention is made in the release notes of improved accuracy or responsiveness for Siri, which some people found less functional after the update to iOS 7.

iTunes Radio receives several minor tweaks, including a search field above Featured Stations to make it easier to create stations based on a particular artist or song. You can also now buy albums from within Now Playing, and you can subscribe to iTunes Match directly within iOS 7.1 to eliminate the ads from iTunes Radio.

Other welcome changes include:

Last, but certainly not least, iOS 7.1 includes a variety of security fixes as well.

If you notice other changes, let us know in the comments!

Comments About iOS 7.1 Tweaks Visuals, Adds CarPlay and Other Features