Our travel schedule for Macworld/iWorld was particularly rough this year, with Josh getting home on Sunday night and Adam taking the red-eye in on Monday morning. So while we have even more product descriptions from the show that we want to share with you, we’re going to split our coverage into parts so we can get some out right away and finish off once we’ve caught up on sleep. Without further ado, then, here are some of the most compelling products we saw on the Macworld show floor.

BusyContacts — Finally! For years now we’ve been asking BusyMac for an app that will do for Apple’s Contacts what BusyCal does for Calendar — that is, replace it. (Can you tell we’ve never liked Contacts?) At Macworld/iWorld, BusyMac announced BusyContacts, which promises to provide a multi-account solution for syncing, sharing, and maintaining address books via iCloud, Google Contacts, Exchange, and any other CardDAV-compatible service. BusyContacts will offer customizable views, tagging, smart filters, social network integration, and more. It’s slated to enter public beta within a few months and will cost
$49.99 when it ships later in 2014, so if there are any contact-management features you want to suggest to BusyMac (label printing à la Now Contact was a common suggestion at the show), let BusyMac know soon. [ACE] 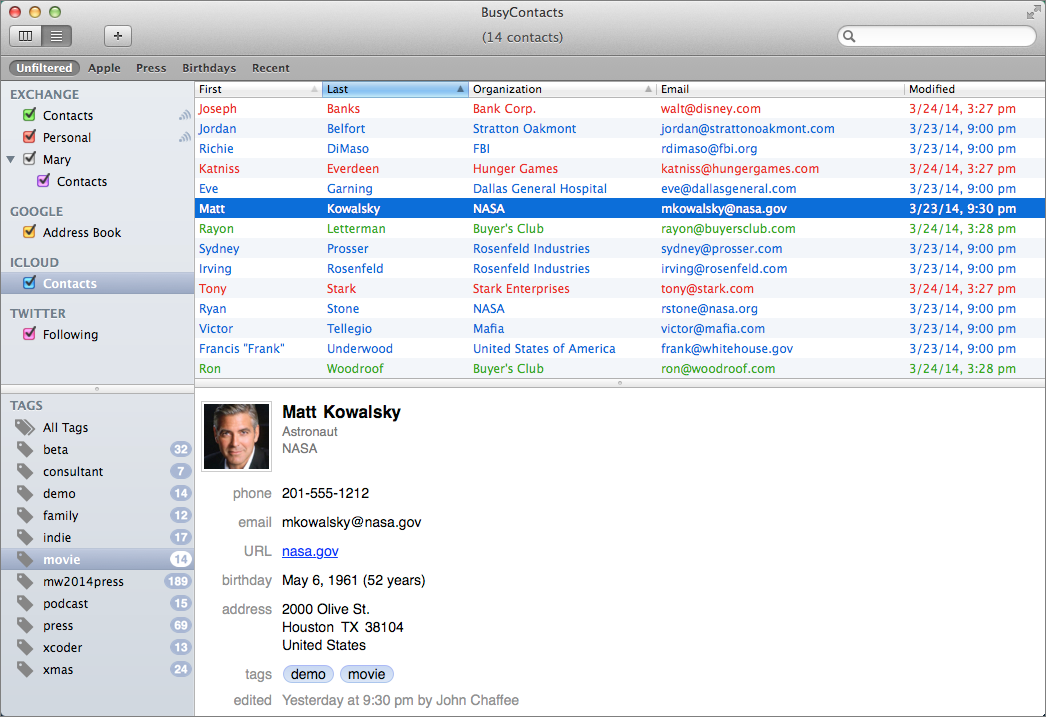 Ring — Probably the most talked about product on the Macworld show floor, Logbar’s $185 Ring is — or will be — a wearable input device for iOS. The concept is straight out of Tony Stark’s lab: put Ring on, and wave your finger around to control the iPad in a variety of app context-sensitive ways, including by drawing characters in mid-air to type them (albeit very slowly). Although Ring blew through its Kickstarter goal of $250,000 to raise over $840,000 from nearly 5,000 backers and delivery is estimated for August 2014, the company was
showing only a prototype attached to a large battery and wouldn’t let anyone else try it. It remains to be seen if it will prove easy to manufacture in quantity and if a single finger’s movements allow for sufficiently complex vocabularies to be useful. [JJDC] 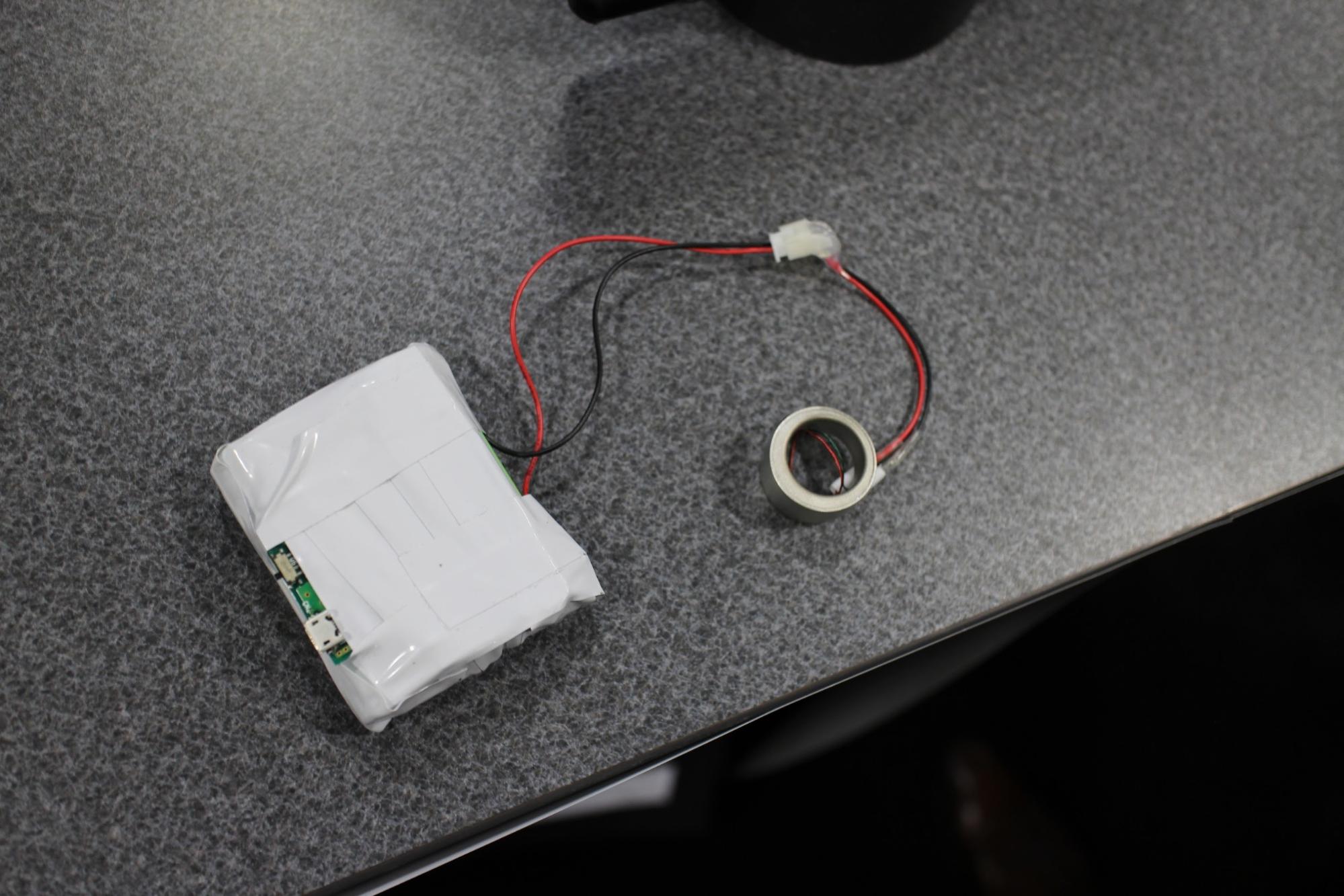 K-Tor Human-Powered Generators — Need to go off the grid and still use your iPad? Or perhaps you just want your kid to work for his iPhone usage? K-Tor was showing the pedal-powered Power Box ($195), which generates up to 20 watts and can be used while sitting in a chair (or incorporated into other devices), and the hand-cranked Pocket Socket 2 ($64.95), which can generate up to 10 watts and is more portable. Both offer a standard electric socket, so you can run anything you can plug in that’s within the 10–20 watt output range. [ACE] 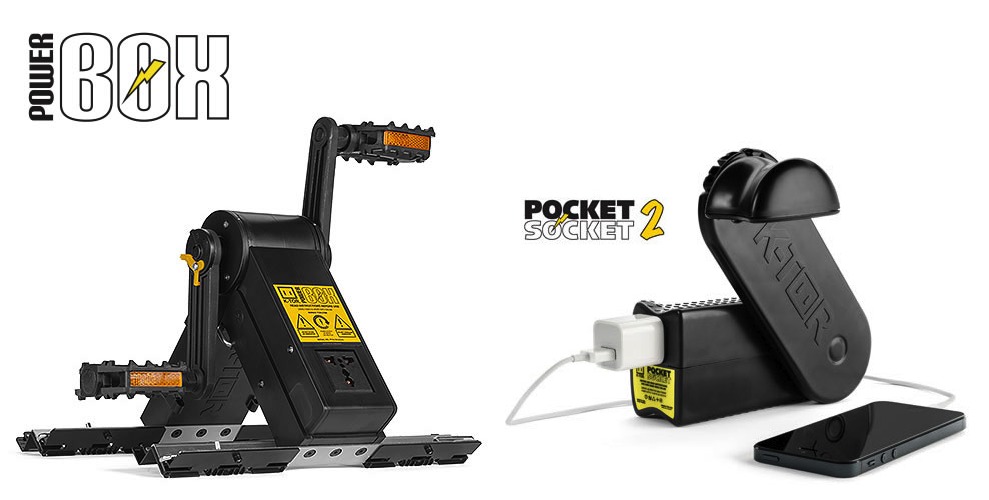 WritePro — If you yearn for the bygone days when you could handwrite “egg freckles” on your Newton, PhatWare may have the app for you: WritePro, a $9.99 word processing, note-taking, and sketching app for iOS. The app provides handwriting recognition that seems to rival the Newton’s handwriting recognition capabilities, and it provides a robust set of word processing features: multiple fonts and sizes, paragraph indents, bulleted and numbered lists, text and background coloring, and more. You can also make drawings
within the app using an integrated sketchpad and embed those sketches in your documents. The app provides a number of features to make handwriting entry easy, with gestures for backspacing, entering carriage returns, undoing, and expanding your own custom text shortcuts. Documents can be synced with a number of cloud services, including iCloud, Dropbox, Google Drive, Evernote, and Microsoft OneDrive. Instead of a proprietary file format, WritePro documents are stored as HTML, making it easy to get your stuff out of the app and into any word processing program. [MEC] 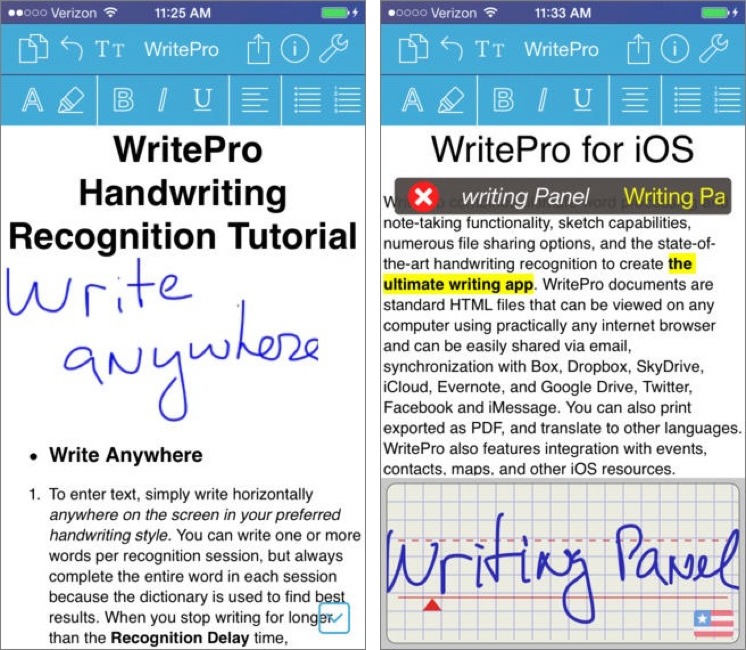 Hider 2 — Typically, when someone needs to secure confidential documents on a Mac, the advice is to create an encrypted disk image in Disk Utility. It’s free and easy, but the downside is that you’re always working on that separate volume. For a friendlier alternative, look into MacPaw’s Hider 2 ($19.99). With the press of a button, you can move files and folders from the Finder into Hider 2’s secure vault, which is guarded by AES-256 encryption that the Ukrainian developers assured us was Putin-proof. [JJDC] 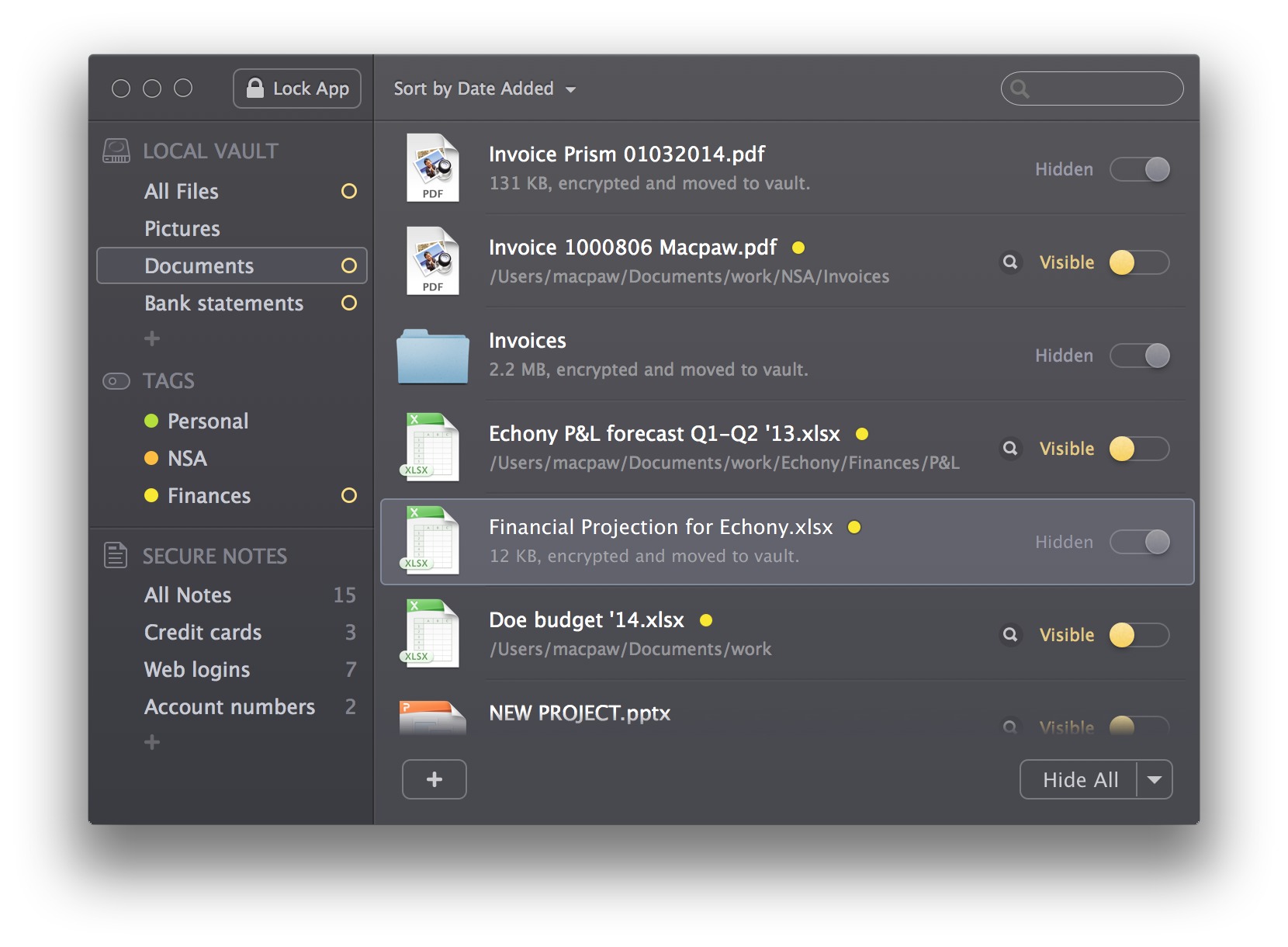 EverWeb — Still angry that Apple ended iWeb’s iLife back in 2011? Although both Sandvox and RapidWeaver have long offered alternatives to iWeb orphans, there’s a new Web development tool in town to bring drag-and-drop Web site creation back to the Mac. Rage Software’s EverWeb lets you publish to your own site, but also offers one-click publishing and Web hosting. EverWeb by itself costs $79.95 for a year of updates and support ($49.95 per year after that), although a Web hosting account with 2 GB of space and 5 email accounts is only $99.95 per year and includes the software. Niceties include master pages, asset organization,
support for Google Fonts, automatic drop-down menu creation, and a wide variety of widgets. Although it creates optimized HTML5 and CSS3 code, EverWeb intentionally doesn’t make responsive sites that adapt to any screen size (which can be problematic for graphics), instead preferring to help you create mobile-optimized sites for smartphones and tablets. [ACE] 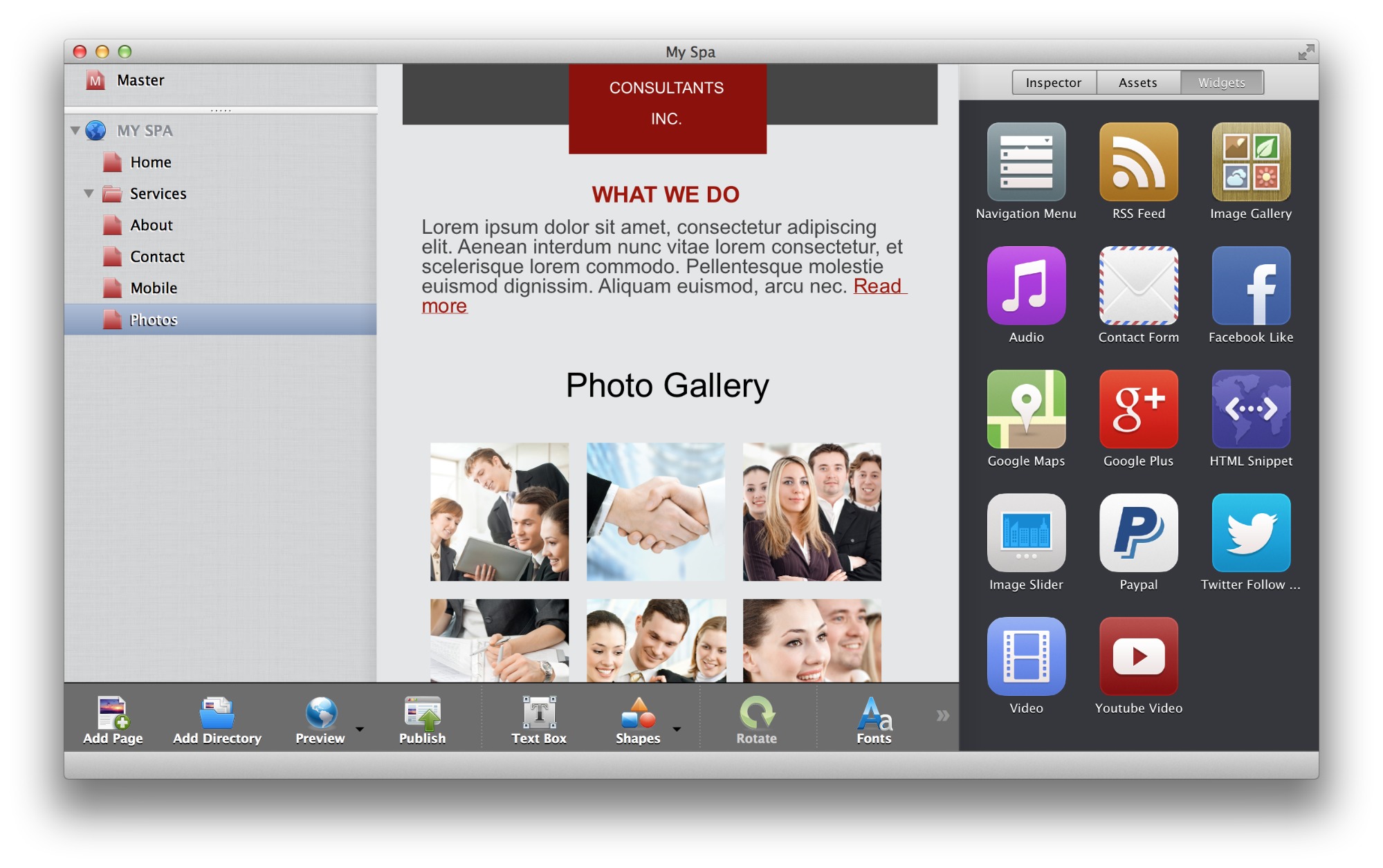 Inside TidBITS Tech News
Cookies & Privacy: We wish we were talking about chocolate-chip cookies here, but our Web site—like nearly all others—relies on a few minor digital cookies. Various laws around the world require us to tell you that fact, so consider yourself informed, if not nourished. By continuing to use this site, you agree to our use of these cookies. Cookie and Privacy Notice