I came to Macworld/iWorld 2014 hoping to see the latest and greatest in the Mac and iOS gaming worlds, perhaps even apps that I hadn’t previously heard of before. But oddly, there were essentially no games to be found, even for iOS, where games are tremendously popular.

Luckily, we want FunBITS to look well beyond games to apps and products that support all sorts of hobbies, pastimes, and sports. With that in mind, here are a few products I ran across on the Macworld show floor that aim to make your life a little more interesting.

PencilCase — One of the coolest apps I saw for the entire show was PencilCase for the Mac from Robots & Pencils, which seeks to fill the long-empty shoes of Apple’s HyperCard. Without requiring you to write any code, PencilCase enables you to develop iOS games, animations, and simple apps, then share them with friends or even sell them in the App Store. And if you want to go beyond what PencilCase can do on its own, you can write your own code in JavaScript. I tried a few PencilCase apps, including a clone of Flappy Bird, a bouncing ball physics demo, and
an animation of one of Mad Magazine’s spies (Robots & Pencils adapted the classic 1984 game for iOS). The animation speed seemed a touch too fast, but PencilCase isn’t expected to launch until late 2014, so there’s plenty of time to smooth things out.

You can pre-order PencilCase now. There are three pricing structures: Community for $199, Professional for $299, and Corporate for $999. Community and Professional have identical features, but the former is limited to 10 slots in App Drop, a private storefront for apps outside the App Store. Corporate adds more features, like importing PowerPoint, Keynote, and Flash files; iBeacon support; and built-in internationalization, along with email and telephone support. Check out the demo video.

Chore-inator — It may not be the first attempt to gamify household chores, but the iOS app Chore-inator ($2.99) might be the best so far. Chore-inator focuses around helping parents encourage children to do their chores, though you can use it to manage your entire family. What sets it apart is that you can take a picture of what you expect a finished chore to look like. Want proof that a chore was done while you’re at work? You can have your child take a picture of the accomplished chore and send it to you in the app.

For each chore you assign, you determine how many stars are earned for the chore. When a task is completed to satisfaction, those stars are doled out, and can be used to redeem rewards that you set, like ice cream, a trip to the park, or a portion of an allowance.

While our seven-month-old is a bit young to set the table or vacuum, I could see Chor-inator being handy for my wife and I, since we struggle to keep up with household chores. We might even use it control how often we go out to eat with a rule that we have to earn a certain number of stars before hitting a restaurant for dinner. 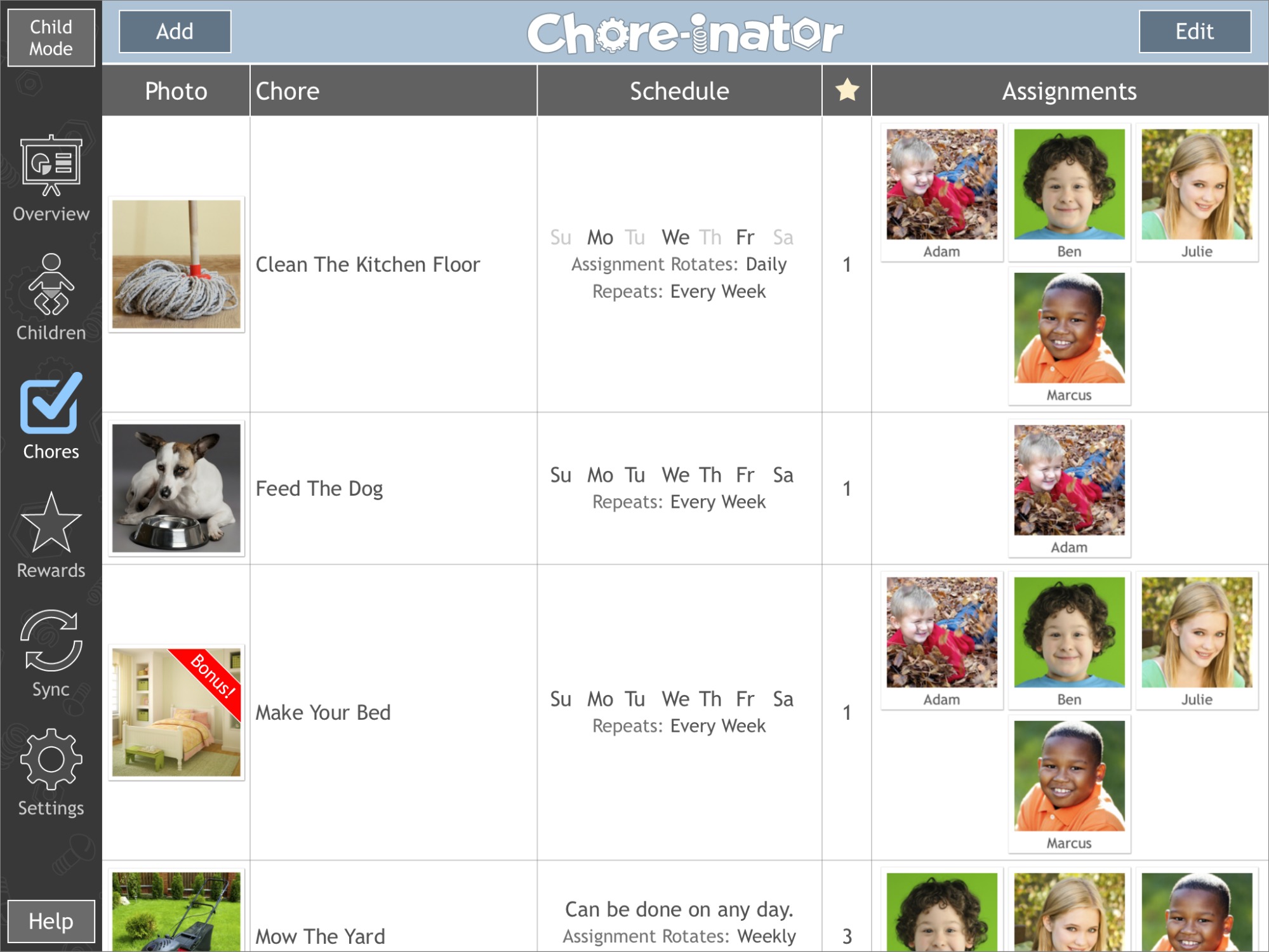 Kamino — I wish I had more time to try out the free iOS app Kamino while in San Francisco. Kamino is an “urban discovery app” that debuted at the show. Essentially, Kamino lets you create and share custom walking tours, called hikes. 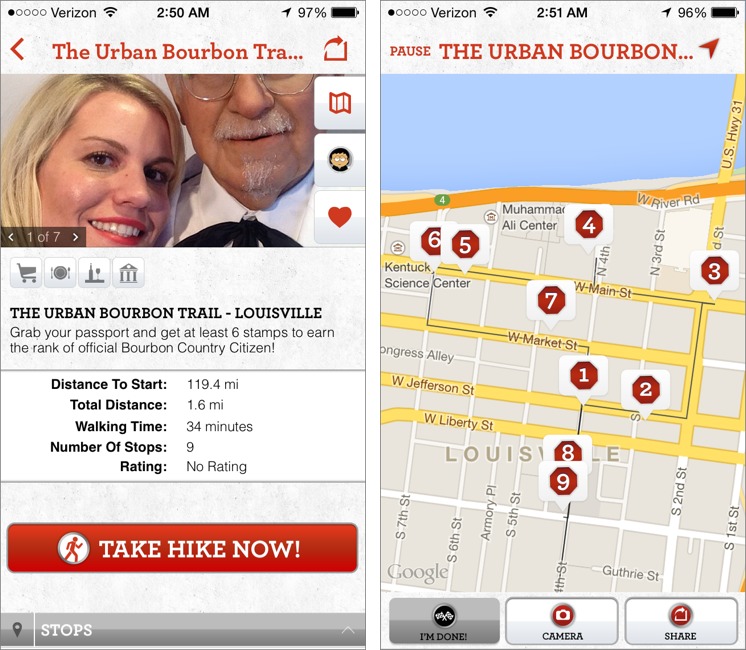 For instance, you could use Kamino to take a hike of Louisville’s Urban Bourbon Trail, Boston’s historical sites, or notable spots in West Hollywood. Or just set out and create your own hike in your hometown. The demo video gives you an idea of what it does. Unfortunately, for those of us living in rural areas, it’s a bit of a tease.

Contact Patch — Finally, an actual gaming product! There have been numerous attempts at creating physical “stick on” gaming pads for iOS devices to make playing a game more tactile, but Contact Patch is notable for its versatility. While previous attempts have tried to emulate standard game controls like d-pads, Contact Patch is unique in its lack of imposed structure. Contact Patches are rimmed silicon pads that you apply to your device’s screen over an in-game control graphic, where it transmits your taps to the screen. They’re easy to put on and remove, and come in circle, square, and triangle shapes
in several sizes. 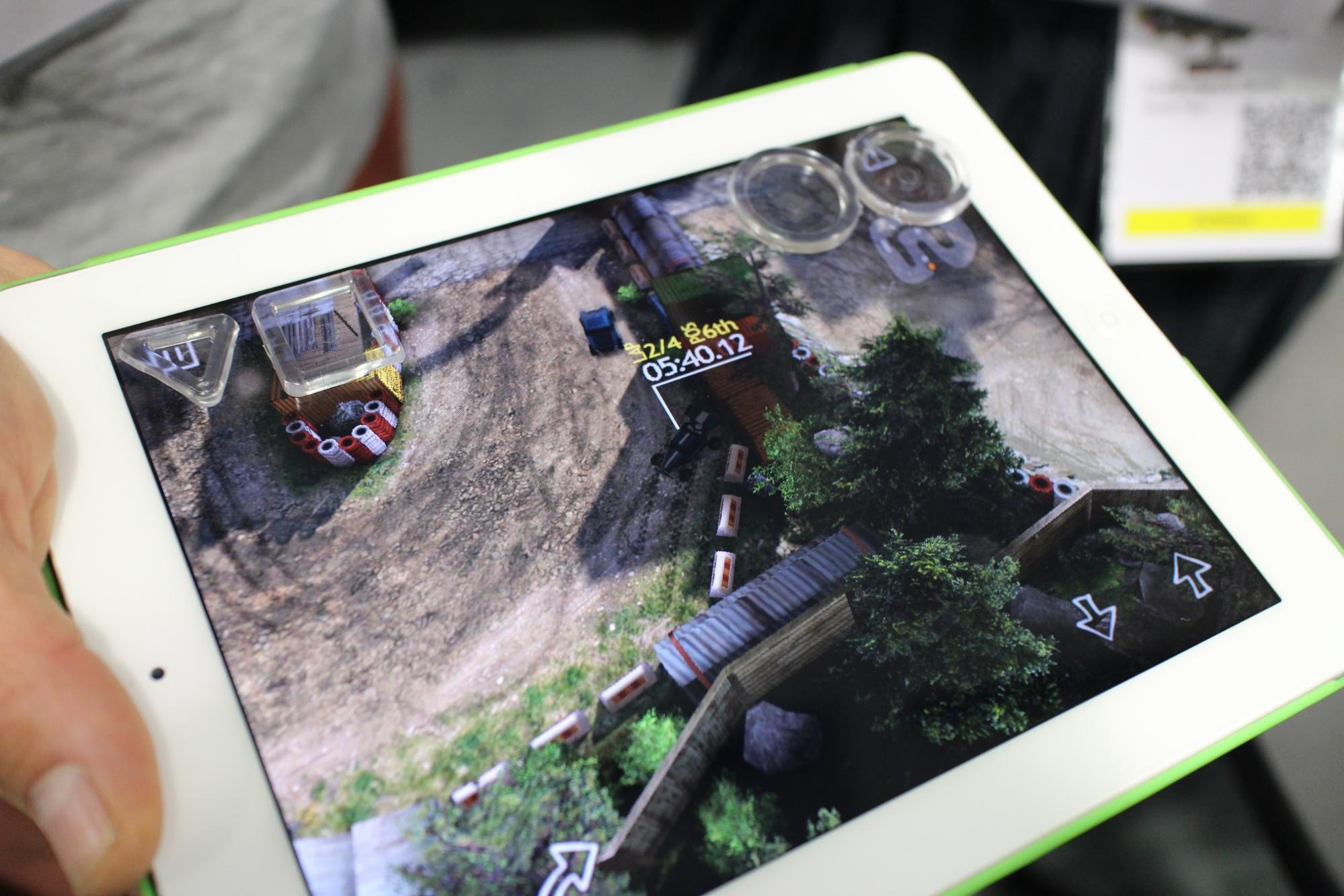 I haven’t had much time to play with the Contact Patch pads yet, but the most useful one for my large thumbs is the large circle, which is perfect for the onscreen d-pads used by so many games. The triangles seem to be an awkward size for adult fingers — too small to fit thumb tips comfortably, but too big to rest them on. But they might be better suited for children, and the squares are a nice compromise for any size fingers. Regardless of fit, the material adds some much-appreciated tactile feedback, without being sticky or getting
in the way, and makes it easier to find controls by feel.

On the downside, they’ll be easy to lose, despite coming with a handy drawstring carrying bag, and they must be kept away from babies and toddlers, since they’re a choking hazard. Unfortunately, the company’s Web site is still under construction, so you can’t yet order a Contact Patch set, but they retail for $24.99.

Petcube — My wife Hannah and infant son Harris accompanied me to San Francisco for Macworld, leaving our cat Peanut to hold down the fort at home. She’s already punishing us for leaving her by ignoring us (bad people!), but if we’d had a Petcube, perhaps we wouldn’t be getting the silent treatment. 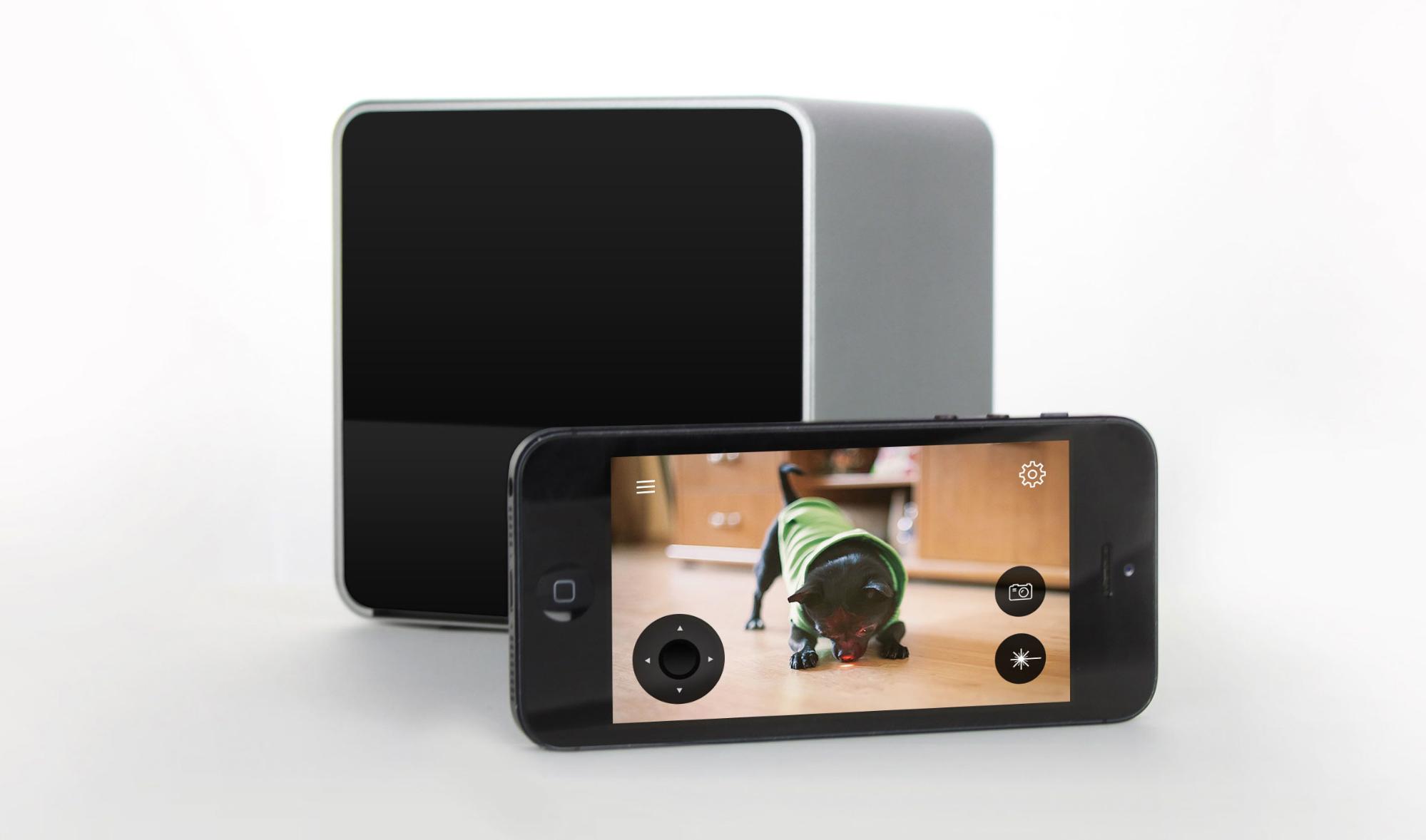 A sturdy aluminum cube that measures 4 inches (10.1 cm) on each side, the Petcube contains an HD-capable video camera, a microphone, and speakers, so you can see, hear, and speak to your pet via an iOS app. Even better, there’s also a low-power laser inside that you can use to run a red dot around the room to play with your pet. Petcube will be shipping in May 2014 for $199, and if you’re worried about what an aluminum box will do to your decorating scheme, don’t worry, there will be “skins” (animal prints, natch) to cover the bare metal.