Amazon has launched what may be the most significant competition for the Apple TV yet: Amazon Fire TV, a $99 streaming video box with impressive capabilities that seek to torch Apple’s living room hobby. 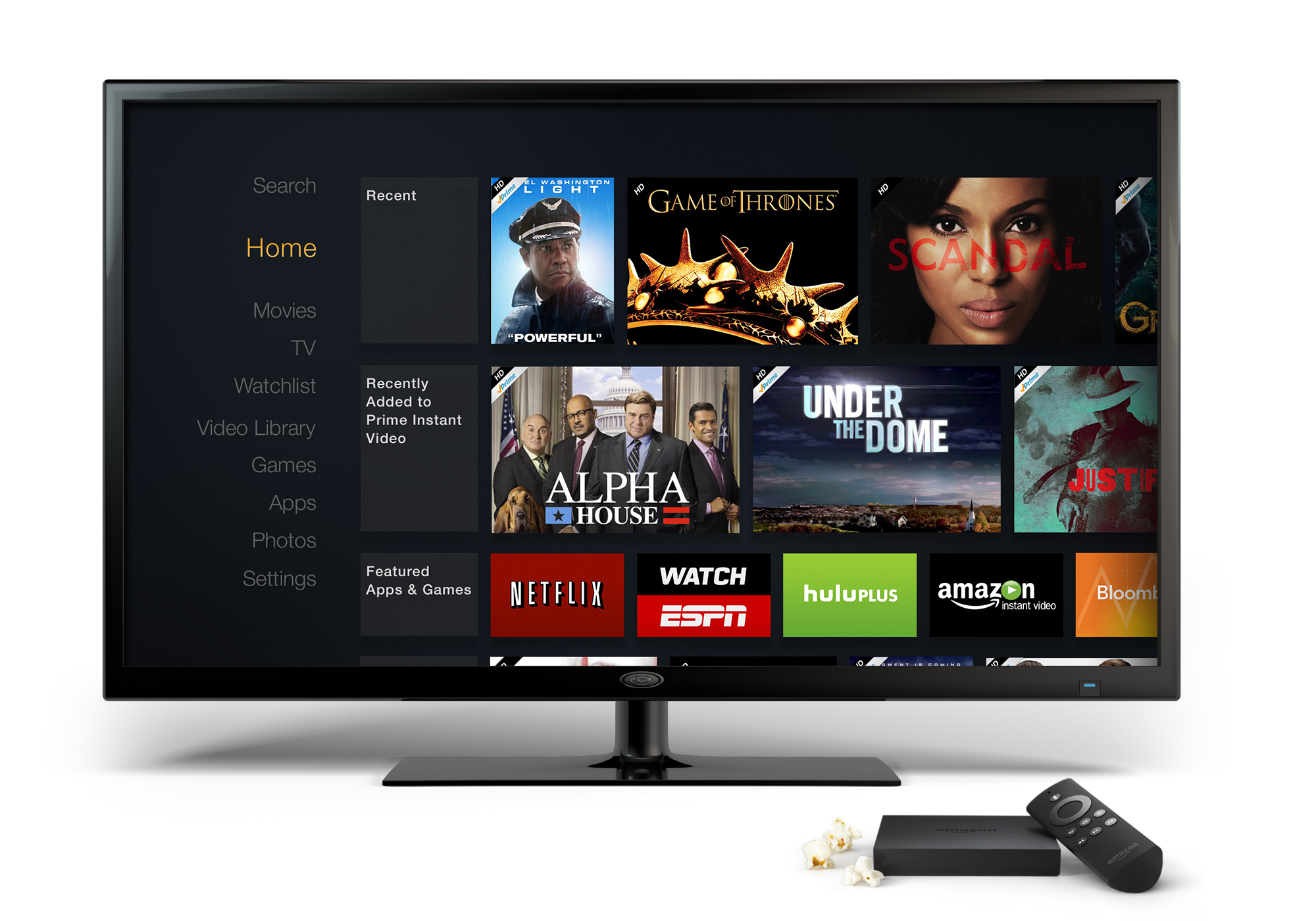 The Fire TV includes content from Amazon Instant Video and Amazon Prime Instant Video, as well as Apple TV mainstays such as Netflix, Hulu Plus, WatchESPN, Bloomberg, Crackle, Vevo, Vimeo, and more. It also features some services the Apple TV doesn’t have, like Pandora, Flixster, Plex, and Showtime. A notable absence is HBO GO, but I’m willing to bet that it will arrive soon enough.

Perhaps the Fire TV’s most interesting feature is voice search that Amazon claims actually works. The included remote features a dedicated voice search button that acts much like Siri in iOS. Press the button, say “game of thrones” and the Fire TV pulls up matching titles. Pundits (including me in “The Future of Apple TV,” 21 February 2014) have debated Siri integration with Apple TV for years, but it looks like Amazon beat Apple to the punch.

Amazon also added gaming, much as I’d suggested that Apple could do for the Apple TV in “FunBITS: Why Apple May Win the Gaming Market” (4 October 2013). Available games include Minecraft: Pocket Edition, The Walking Dead, Asphalt 8: Airborne, and The Game of Life. There will be additional games, some free and others starting at $0.99. Some games will be playable with the included remote, but more advanced games like Minecraft require the $39.99 Amazon Fire Game Controller, which has a layout similar to that of the Xbox One’s controller. It’s powered by two AA batteries and promises up to 55 hours of battery life.

The Fire TV’s remote is similar to the Apple TV’s, but thicker. It features a directional ring with a Select button in the center, as well as Menu, Home, Back, Play/Pause, and Rewind and Fast Forward buttons.

The Fire TV even features mirroring from Kindle Fire HDX tablets (think AirPlay), X-Ray to view programming information on a Kindle Fire HDX, and an upcoming feature called FreeTime that will help parents direct and limit their kids’ TV viewing. Another feature, ASAP, predicts what you’re likely to watch and buffers it for playback so video starts instantly.

So, is this the “Apple TV killer?” Although I’m one of the Apple TV’s top fans (I did write the book on it — “Take Control of Apple TV”), the Fire TV has definitely given me pause. But until I can give it a thorough test drive, I’m cautious — while the Kindle Fire tablets have improved substantially, they’re still not as polished as the iPad, and it’s possible that the Fire TV will similarly lack the Apple TV’s elegance.

Is the Fire TV for you? If you own a Kindle Fire HDX tablet and are already heavily invested in Amazon’s ecosystem, I’d say yes, absolutely, this is the living room device you want.

But if you’re like many TidBITS readers, you probably own multiple Macs and iOS devices and have a library of purchases from the iTunes Store. In that case, the Apple TV is still the better device for you, despite the Fire TV’s impressive feature set. The Apple TV’s AirPlay integration is compelling, and it’s not yet clear if there will be any way to play iTunes purchases on the Fire TV. I have no doubt that Apple is working on the next-generation Apple TV now, and the Fire TV’s release may push Apple’s plans forward a bit.