I didn’t get a chance to attend many panels at this year’s Macworld/iWorld, but one I refused to miss was the two-hour App Camp for Girls Open House, which was part panel, part hands-on session with a number of girl “campers” in attendance.

App Camp for Girls is a bold experiment in education, dreamed up by Jean MacDonald, formerly of Mac and iOS developer Smile. Instead of a typical summer camp with crafts and campfires, the idea behind App Camp is to teach young girls how to develop iOS apps. After its Indiegogo campaign (see “Nonprofit App Camp for Girls Launches Fundraiser,” 5 June 2013) raised more than twice its goal of $50,000, the first full camp was held in July of 2013. Last month, MacDonald left Smile to focus full-time on App Camp for Girls (see “Jean
MacDonald Leaves Smile to Focus on App Camp for Girls
,” 6 March 2014).

While I always thought the idea was cool, the question remained: how do you teach children iOS development in a five-day camp? I was about to find out in only two hours.

Part of the answer is that much of the work happens on paper. “We do a lot of stuff that’s not on the computer,” MacDonald said. The girls at the session began with a number of worksheets that helped to identify their passions, elicit desired features, and iron out details like the app’s name, its function, the audience, and price. 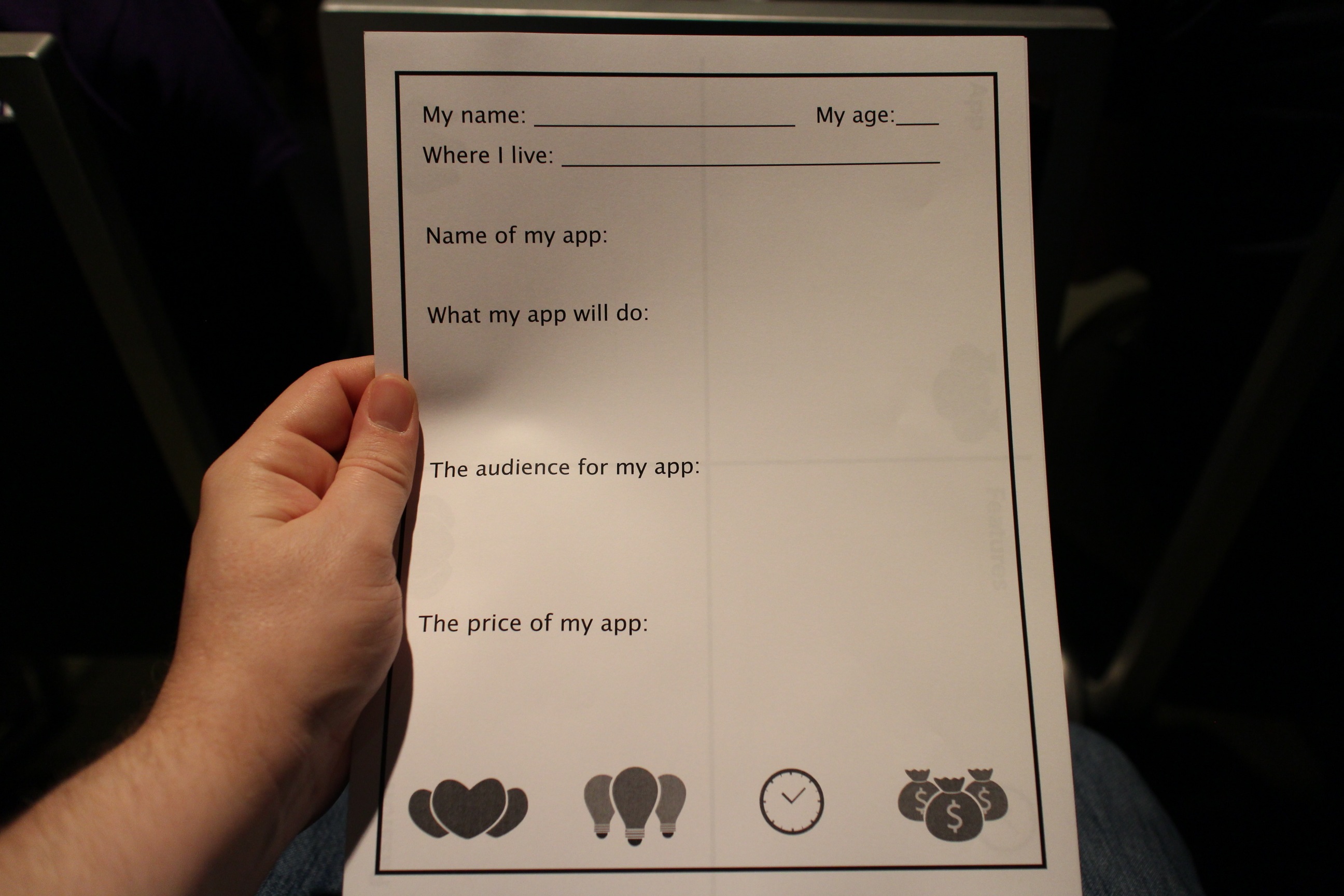 Lead developer Natalie Osten (who is also a developer at Smile) took the stage to give a quick intro to Apple’s Xcode development tool, including how to wireframe and storyboard an app. She wisely cautioned the girls that every feature could quadruple the development and testing time.

As someone who isn’t a developer, I was amazed at how quickly she was able to whip together a quick, basic app in Xcode. During the actual camp, the girls design and code quiz apps, like “What Kind of Penguin Are You?,” with hand-drawn art assets and icons. 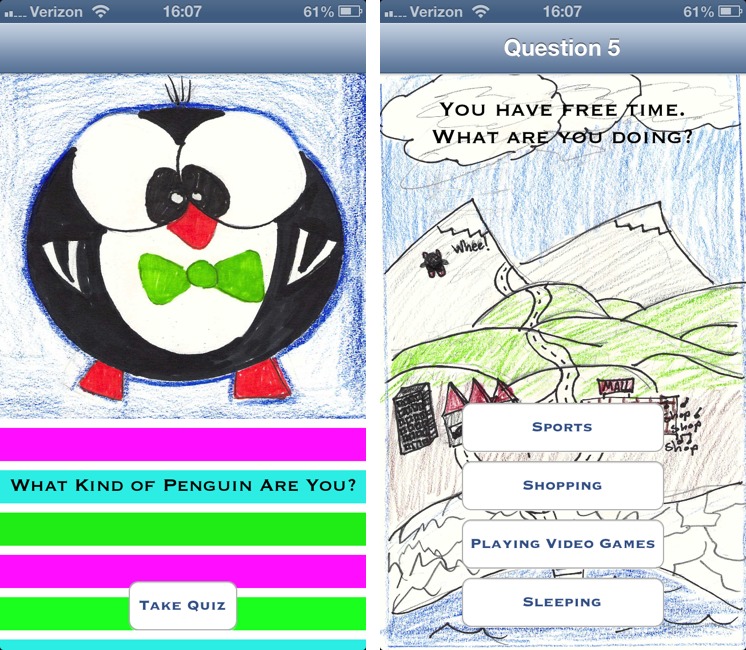 Speaking of icons, Christa Mrgan of Mac and iOS developer Rogue Amoeba next took the stage for a quick tutorial on designing them — a lesson many adults could benefit from. She suggested simple, monochrome icons with bold colors and lots of contrast, and to avoid complex, photo-centric icons. The girls were provided with worksheets to sketch out their own icons.

After a brief recess, during which volunteers like TUAW’s Kelly Guimont helped participants develop their ideas, came perhaps the most interesting part of the session. Five girls were invited to present their ideas to a board of investors consisting of Julie Wainwright, founder and CEO of The RealReal luxury consignment outlet; Ann Winblad, founder and managing director of Hummer Winblad Venture Partners; and Monique Woodard, a tech entrepreneur who created the Speak Chic iPhone app and is a former innovation fellow with the City of San Francisco. 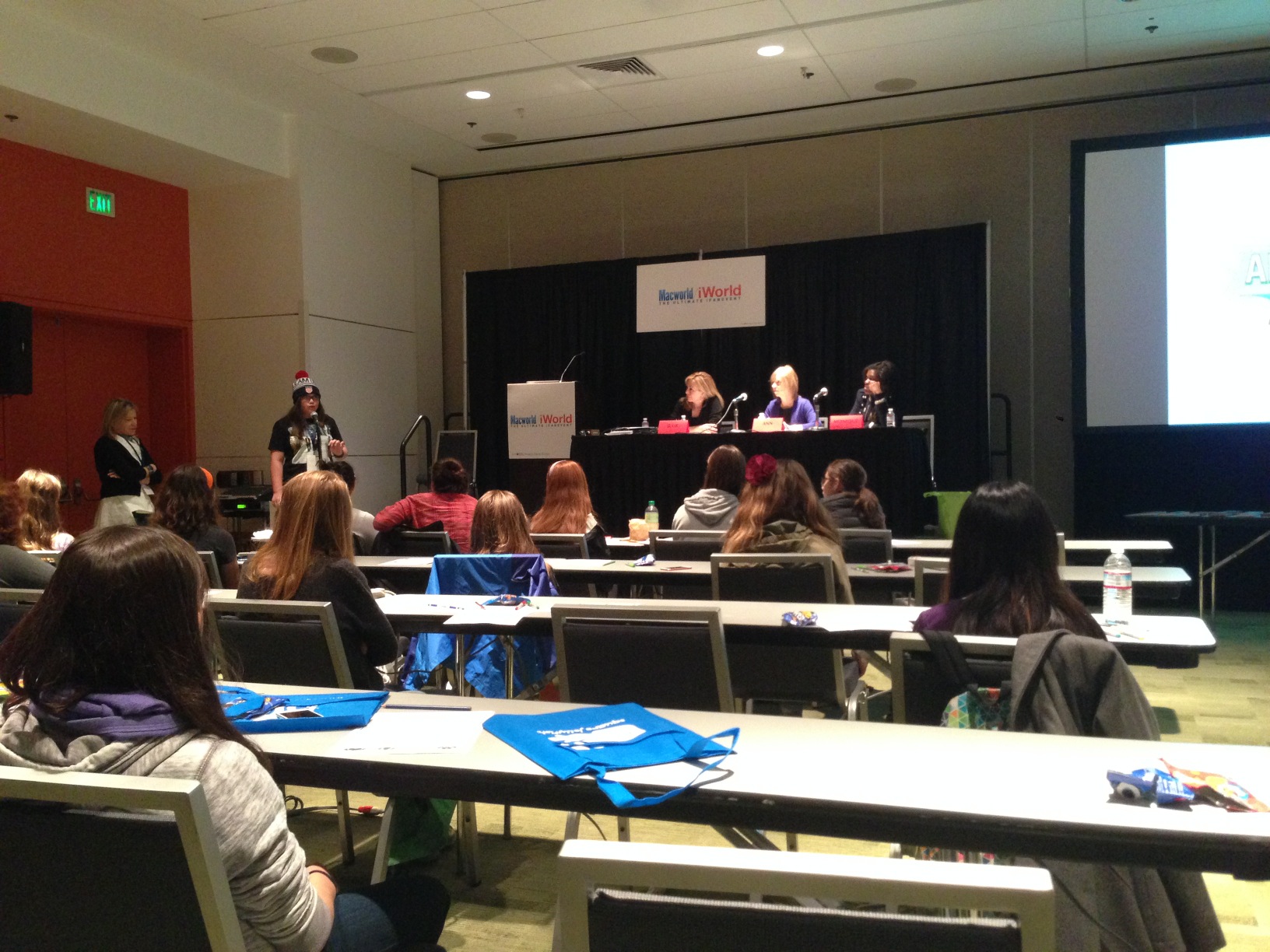 Given the setup, you may think it resembled the reality show “Shark Tank,” but Jean MacDonald emphasized that it’s more like “Goldfish Bowl,” encouraging questions and feedback. The girls had some interesting ideas, including Calca-see-you-later, to help with math homework, Tide Guide, which would provide real-time surfing conditions, Do! a combination task manager and calendar, and Mook It, which would provide book and movie recommendations. The investor panel offered
advice on marketing, branding, and figuring out how to bring in revenue from the apps.

So, in the course of two hours, the girls learned how to develop a winning app idea, sketch it out in Xcode, design an eye-catching icon, and even sell the idea to investors. That’s more than some colleges teach in four years!

Most of the press coverage surrounding App Camp for Girls has revolved around bringing more women into tech, and while I think that’s an important cause, it misses the bigger picture of what the App Camp approach could do for general education. The girls at the App Camp panel learned a lot that they will likely never learn in school, things essential to success in almost any field — like generating winning ideas, implementing the ideas in a compelling fashion, and then selling gatekeepers on the results. I’d encourage anyone with an interest in education to take a close look at, and borrow from, what the App Camp team is doing: teaching practical skills in a fun way. MacDonald herself was inspired by the Rock ‘n’ Roll Camp for Girls in Portland, Oregon. I’d love to see dozens more like it across the country.

If you’re interested in helping App Camp for Girls, it’s currently looking for organizers to expand to other locations, as well as volunteers to help with the existing camp.

And if you’re a grownup like me who is sad there isn’t an app camp for you (or for your son), the best I can offer is a pointer to the book Osten taught herself to code with, “Objective-C Programming: The Big Nerd Ranch Guide,” which was given to every girl who presented an app to the investor panel.

Finally, no matter what you seek to do, I’ll leave you with some advice from Judy MacDonald Johnston, who moderated the investor panel and is also the cofounder and publisher of Blue Lake Children’s Publishing, on how to deal with people who try to hold you back: “When you run into them, move on, leave them to their zero-sum game. Don’t waste your emotional energy.” 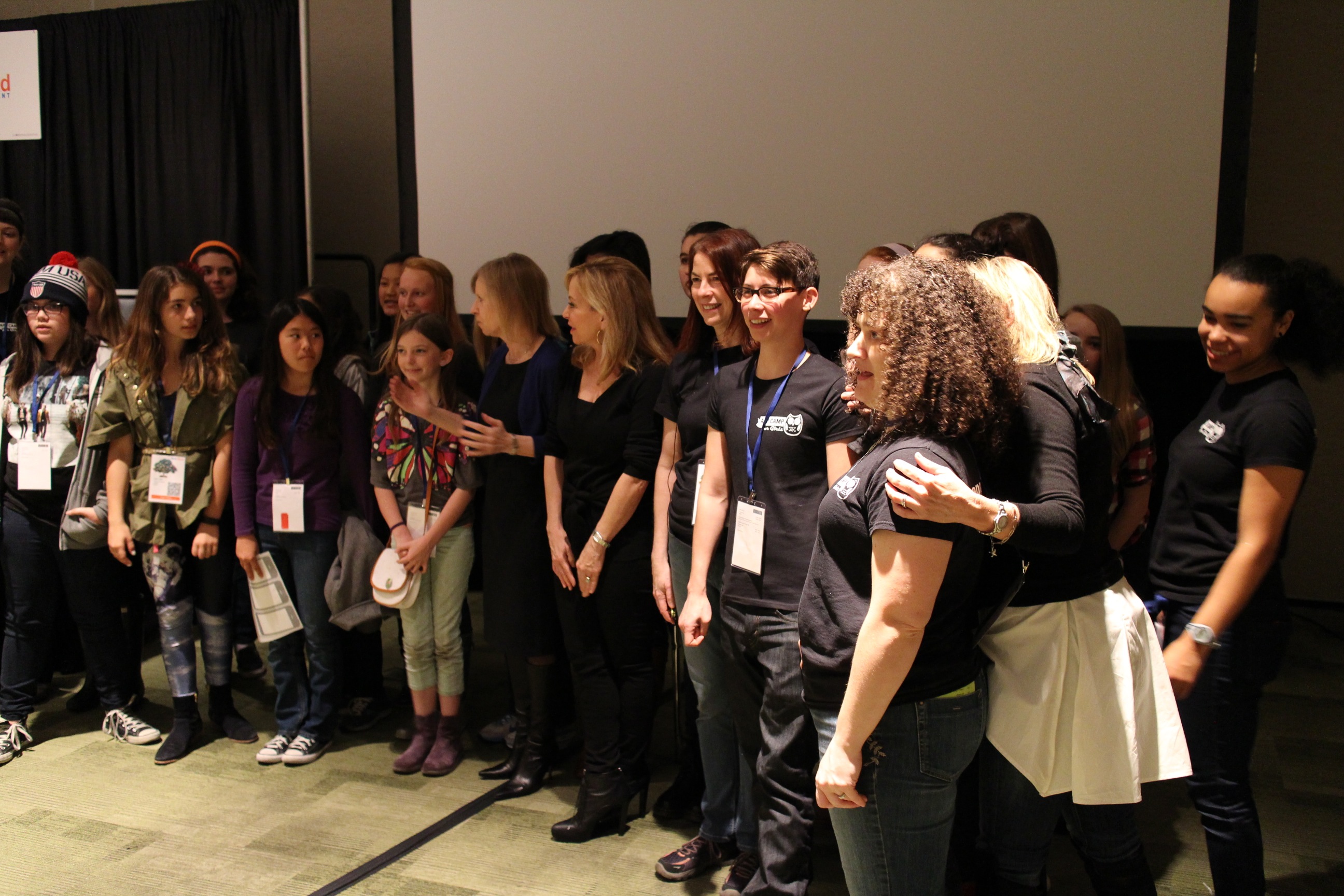 App Camp for Girls Tech News
Cookies & Privacy: We wish we were talking about chocolate-chip cookies here, but our Web site—like nearly all others—relies on a few minor digital cookies. Various laws around the world require us to tell you that fact, so consider yourself informed, if not nourished. By continuing to use this site, you agree to our use of these cookies. Cookie and Privacy Notice