Microsoft has revealed new Surface-branded Windows hardware, taking direct aim at Apple during its media event by positioning the Surface Pro 3 as the logical all-in-one replacement for those who carry both MacBook Air notebooks and iPad tablets. The company even gently poked fun at tech journalists working on Apple laptops (with, it was assumed, idle iPads tucked away as they took notes at the press event). 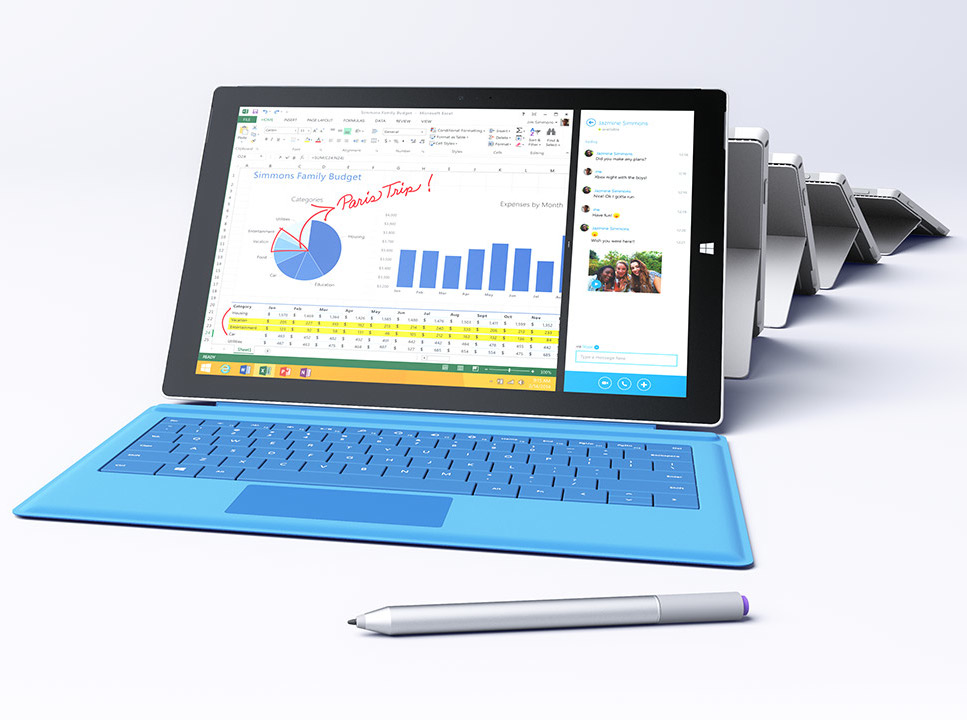 The much-rumored “Surface Mini” did not materialize, and in fact, Microsoft went in the opposite direction with the Surface Pro 3 by giving it a 12-inch display, a departure from the 10.6-inch screens on earlier models (see “Microsoft Surface: A Tale of Two Computers,” 11 March 2014).

The larger multi-touch Surface screen is intended to boost productivity to be on par with that of a traditional small laptop. So is the display’s comfortable 3:2 aspect ratio, which compares favorably to the awkward 16:9 aspect ratio offered by the previous Surface models.

What’s more, Surface devices with flexible keyboard covers have always been awkward to use on the lap. Microsoft addressed this issue at the media event, saying the Surface Pro 3 is vastly more “lappable,” with an improved Type Cover that magnetically adheres more firmly and a revised kickstand that offers a larger range of positions from the nearly vertical to the nearly horizontal.

Other improvements include a larger and more responsive trackpad on the Type Cover, along with an upgraded Surface Pen (for handwriting on the multi-touch screen) and desktop dock. Surface lacks a Thunderbolt port, sporting only a single Mini DisplayPort for connecting to external displays along with a full-size USB 3.0 port, microSD card reader, and headset jack. 802.11ac Wi-Fi and Bluetooth 4.0 are also standard.

If you’re curious how the Surface Pro 3 compares to the iPad Air and MacBook Air, here’s the spec lineup. 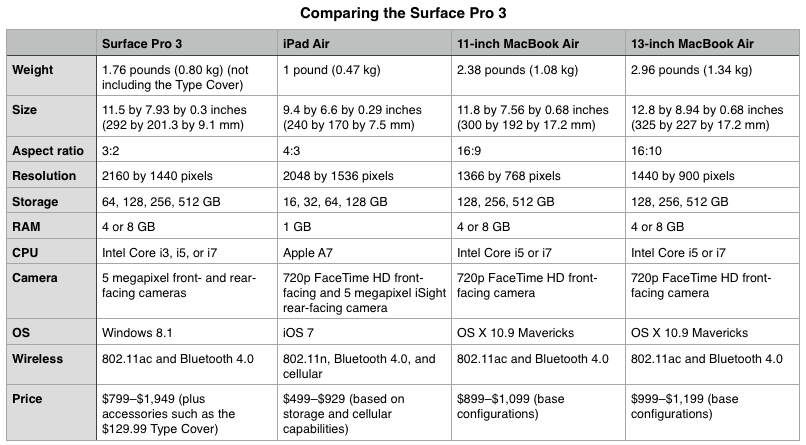