Though Independence Day has passed here in the United States, there remains, at least in my neighborhood, a month-long nightly barrage of outdoor explosions. Maybe, like me, you need a nice, quiet way to unwind. If so, you may want to check out Apple Design Award-winner Blek, a game based on calligraphy by developer Denis Mikan. Blek is $2.99 in the App Store (28 MB).

A game based on calligraphy? Here’s how it works: you have to burst colored bubbles by drawing lines. That might sound dull, but what makes Blek brilliant is how the lines take off like an ink snake after you draw them. Draw a straight line and it will shoot straight out. Draw an arc and it’ll scamper off the bottom of the screen, but if you draw an arc that ends in an opposing curve, it’ll loop up and down across the screen like a waveform. To get a better idea of how the mechanics work, watch the official trailer. 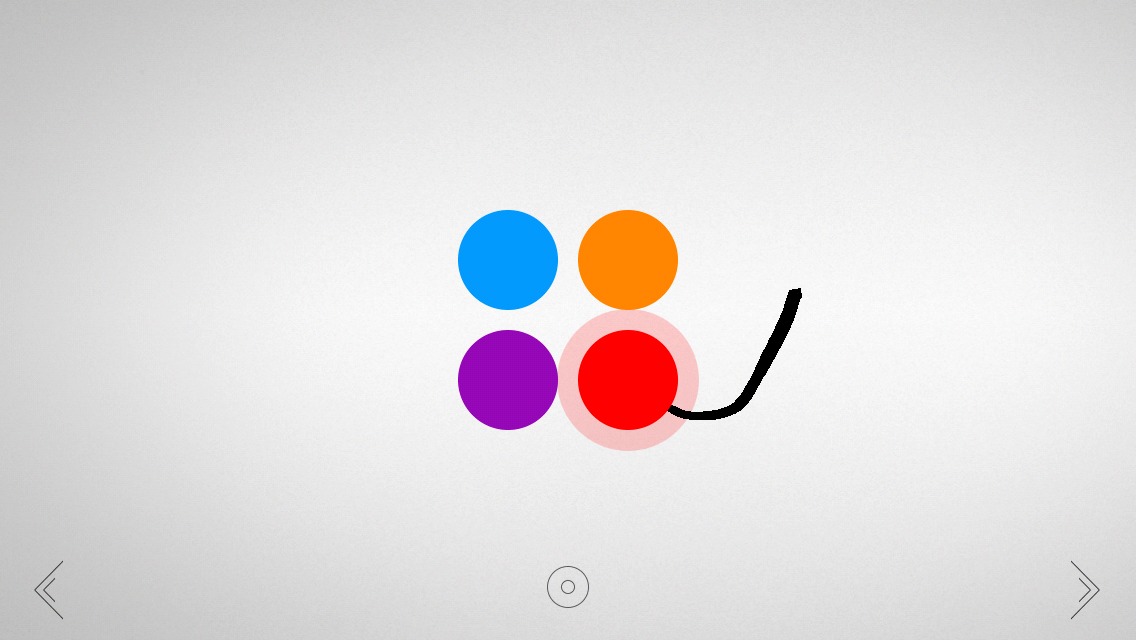 Figuring out those mechanics become essential when black dots are introduced, which act like black holes, sucking your line into oblivion. The trick then becomes drawing a line in such a way so it curves around the black dots while hitting the colored ones. Each level can be a frustrating exercise in trial and error, but fortunately, if a plan doesn’t come together, you can merely draw another to start fresh. 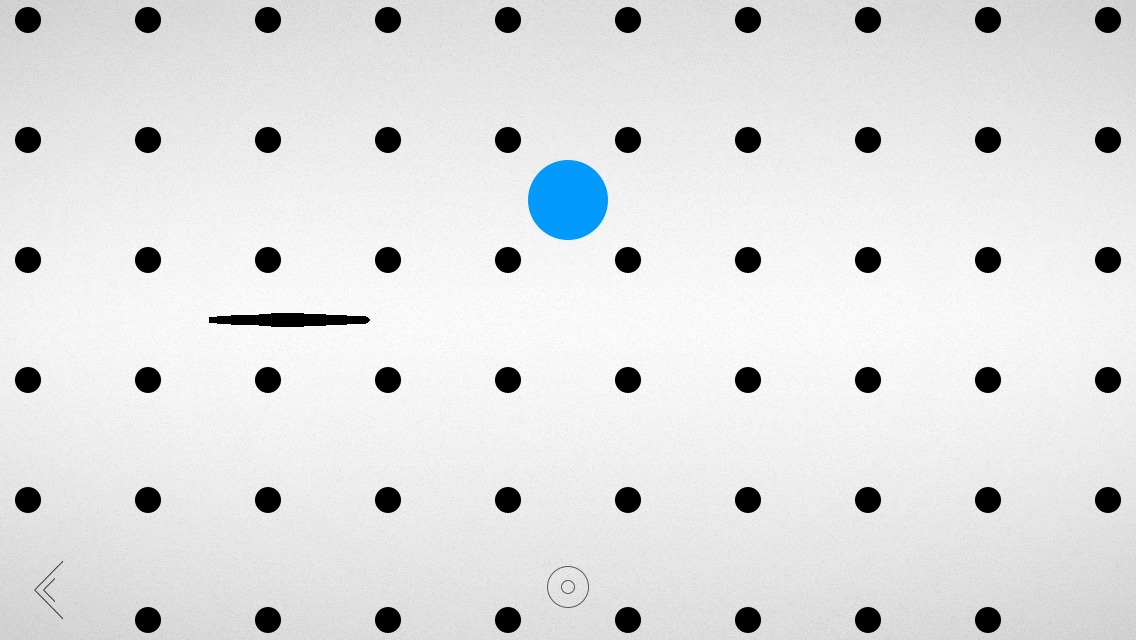 Another trick to the game is that your line will bounce off the sides of the screen but vanish into the top and bottom. It’s a key mechanic in many levels, where you have to angle the line in such a way that it will loop around the black holes, hit the colored ones, then bounce off the side and up at such an angle to hit another set of colored dots — while not crossing over the top or bottom edges of the screen. It’s a game that takes rigorous thought to succeed. 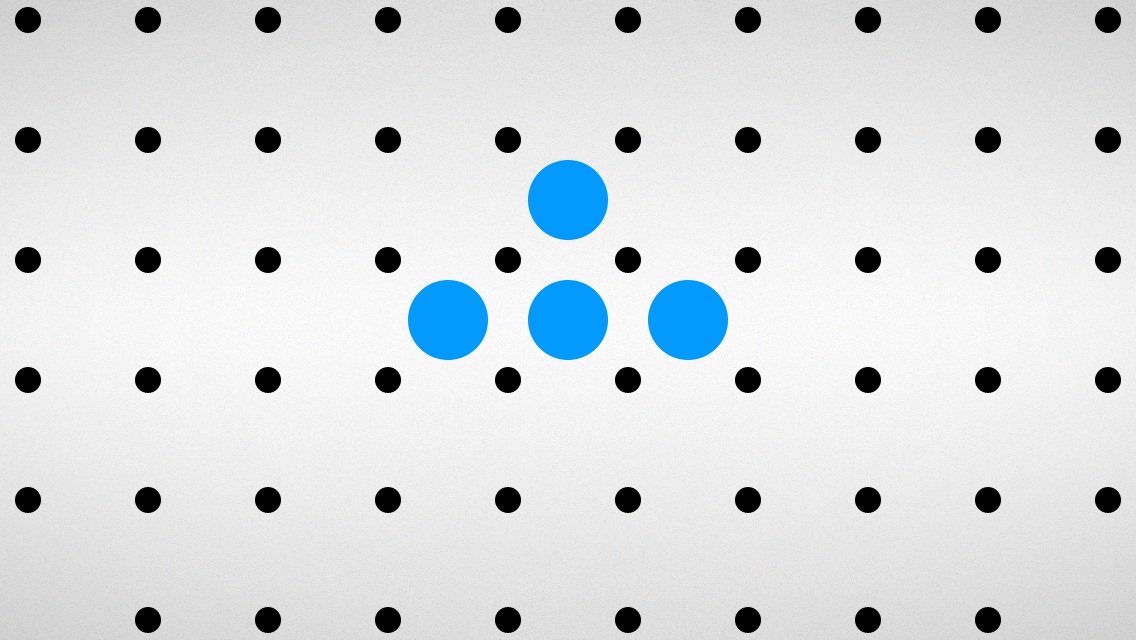 That’s really all there is to Blek. It’s a simple, nearly Zen-like experience, but with over 60 levels, it will leave you challenged for a long time. The New Yorker included Blek in its 2013 list of elegant iPhone games, and Mike Fahey of Kotaku named Blek “the most brilliant game I’ve played all year.” Blek is the best of
mobile gaming in its purest form, a kind of touch-based game too simple to be feasible on a traditional game console, but nevertheless a fulfilling experience.

Comments About FunBITS: Blek Is a Curvy Challenge for iPhone and iPad