We previously reported that Apple was testing the new iTunes Pass service in Japan (see “Apple Testing iTunes Pass in Japan,” 15 July 2014). The service, which lets you purchase iTunes Store credit in a retail Apple Store via Passbook, is now available in the United States.

With it you’ll be able to load up an iTunes account with funds you can use to buy iOS and Mac apps, iTunes music and videos, and books from the iBooks Store. We see two primary use cases for iTunes Pass, both revolving around iTunes Store accounts without credit cards already associated.

To add iTunes Pass to your Passbook app, open the iTunes Store app on your iPhone or iPod touch (this won’t work on the iPad, likely because it doesn’t have the Passbook app), scroll down to the bottom, tap the Apple ID button, and tap View Account. 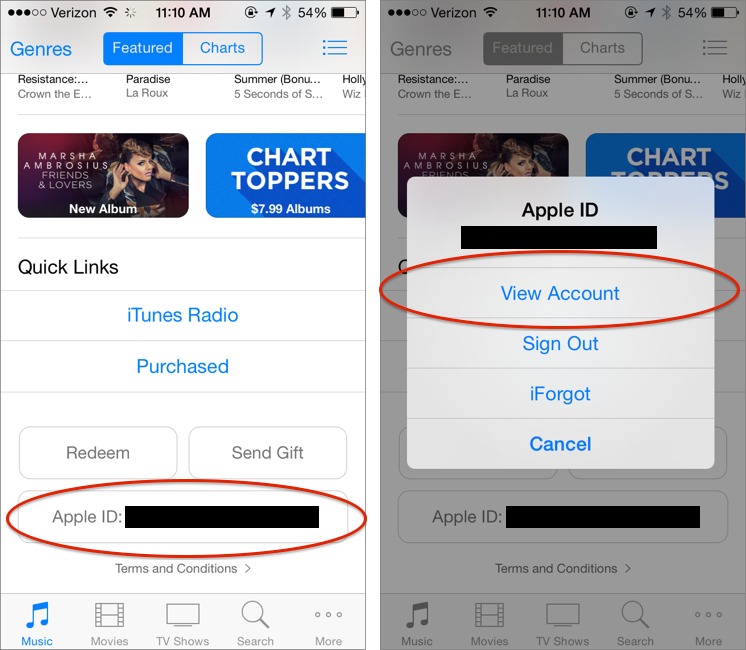 Enter your iTunes password, if prompted, then scroll down and tap Add iTunes Pass to Passbook. You’ll be presented with the iTunes Pass to verify that it has been added. 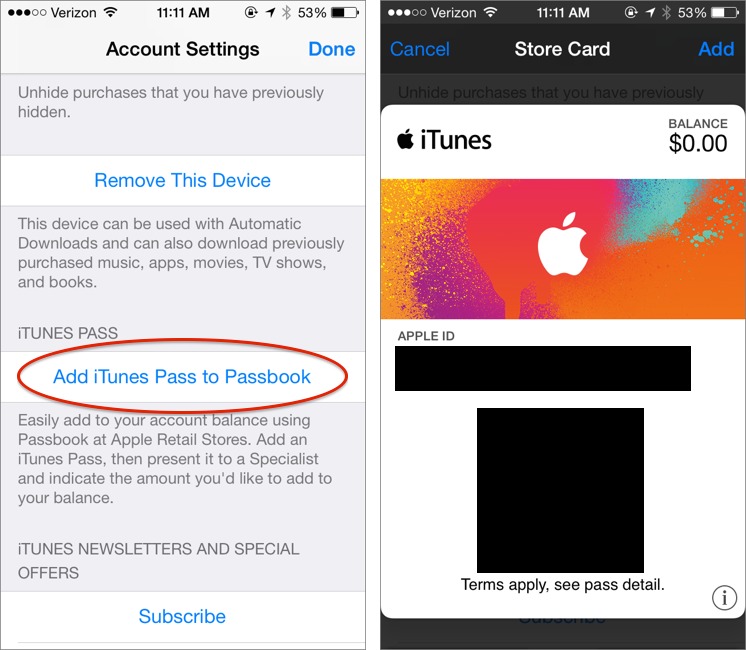 Now, while in an Apple Store, open the iTunes Pass card in Passbook, flag down a Specialist, tell her that you’d like to add credit to your account, and show her the card on your device. Presumably you’d then need to pay for the credit with cash or a credit card.

If you want to delete iTunes Pass, open the card in Passbook, tap the information button in the lower-right corner of the card, and tap Delete in the upper-right.

Comments About iTunes Pass: How to Buy iTunes Store Credit via Passbook