Netflix has quietly added a feature to its Apple TV app that has been available on other platforms for years: Post-Play, which automatically plays the next episode of a TV series after the one you’re watching ends.

In my testing, the Post-Play screen didn’t appear at the end of every episode, so it’s possible that Netflix has yet to roll out the feature completely on the Apple TV.

Here’s how it works: when you reach the end of an episode, Netflix switches to a special Post-Play interface, where the currently playing episode shrinks to the upper-left and a description of the next episode appears on the right. By default, the next episode starts playing in 17 seconds, but you can play it immediately by selecting Play Next Episode, or return to the episode list with More Episodes. You can also press the Apple remote’s Menu button to exit Post-Play. 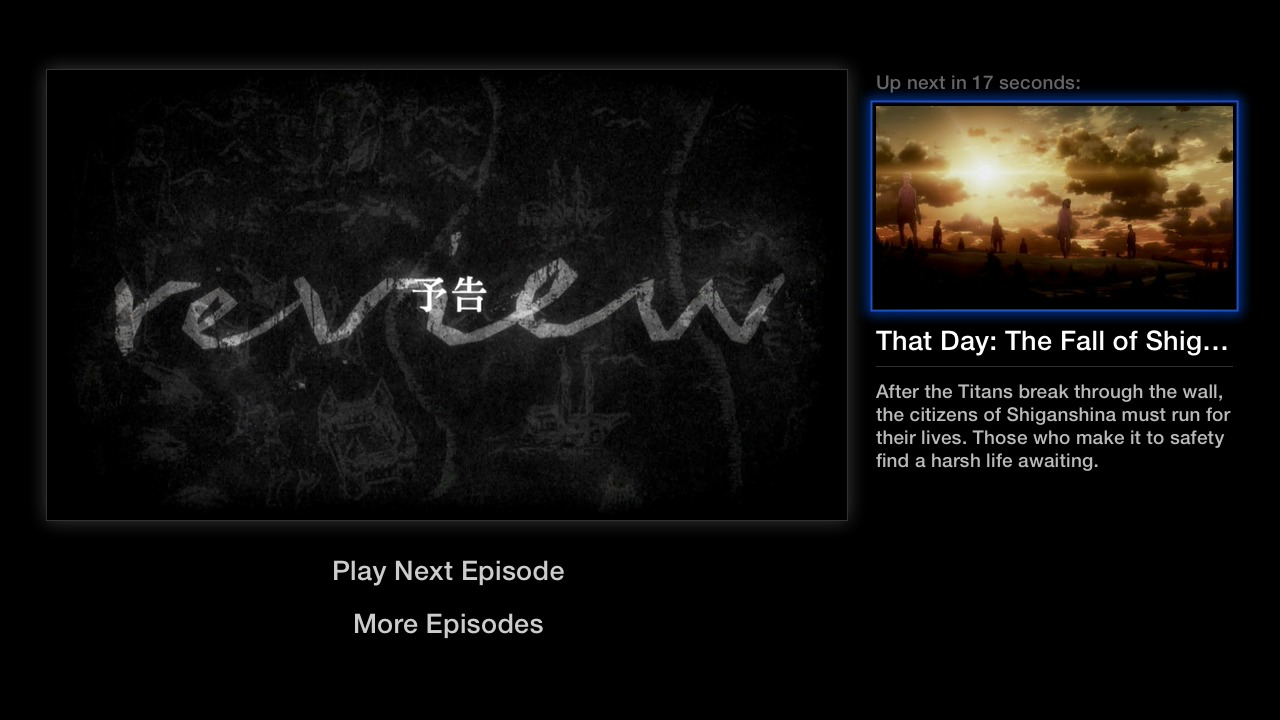 If you don’t like Post-Play, you can turn it off in your Netflix account, in the Playback Settings screen, by deselecting Play Next Episode Automatically. 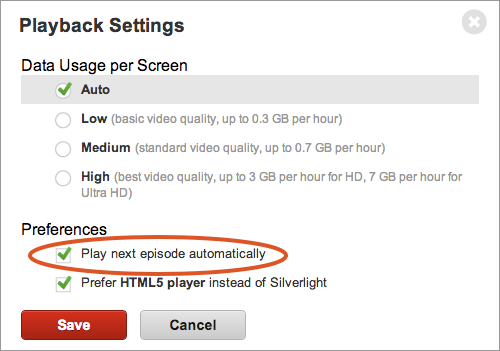 For more tips to master your Apple TV, check out my book, “Take Control of Apple TV,” and its free cheat sheet.