Microsoft Office for the iPad, released four months ago to generally positive reviews (including mine, see “Office for iPad: A Deep Look,” 3 April 2014), but lacking obvious and important features, has received a solid round of upgrades.

New features in all three of the suite’s apps – Word, Excel, and PowerPoint – include export to PDF, support for third-party fonts, and an image-cropping tool with a reset control. PDF exporting is available even to those without an Office 365 subscription, which is required for most Office for iPad functions. 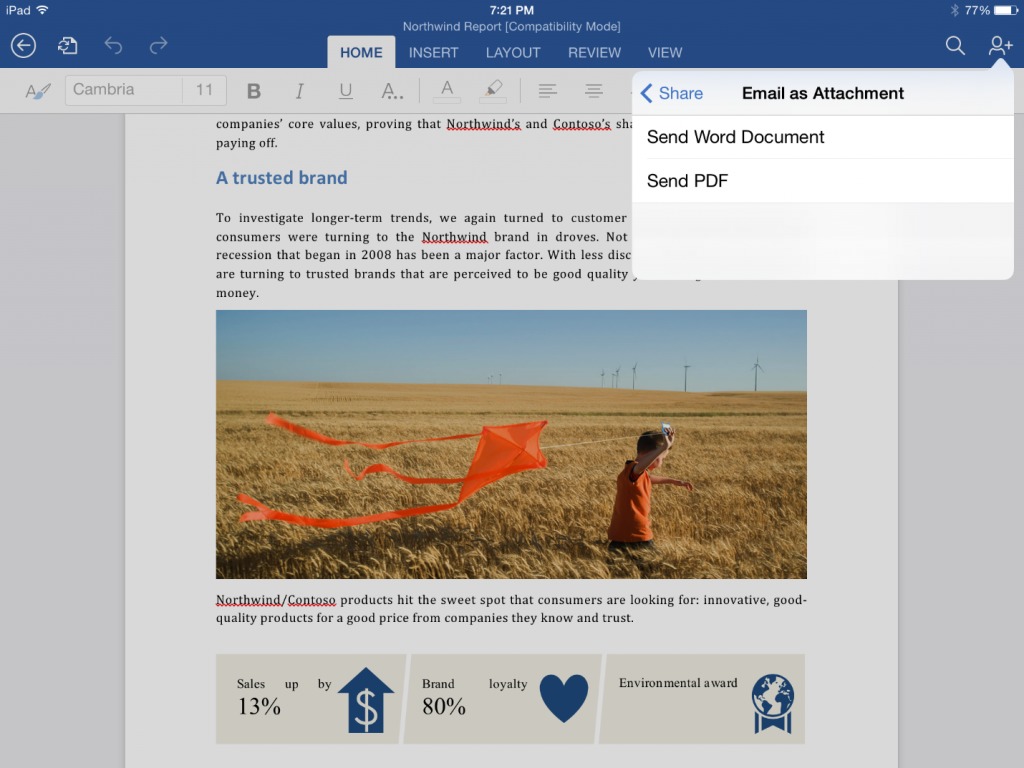 The other updates focus on Excel and PowerPoint. Excel for iPad gains pivot tables, a flicking gesture for selecting data across a row or column, support for external keyboards, and augmented printing options. 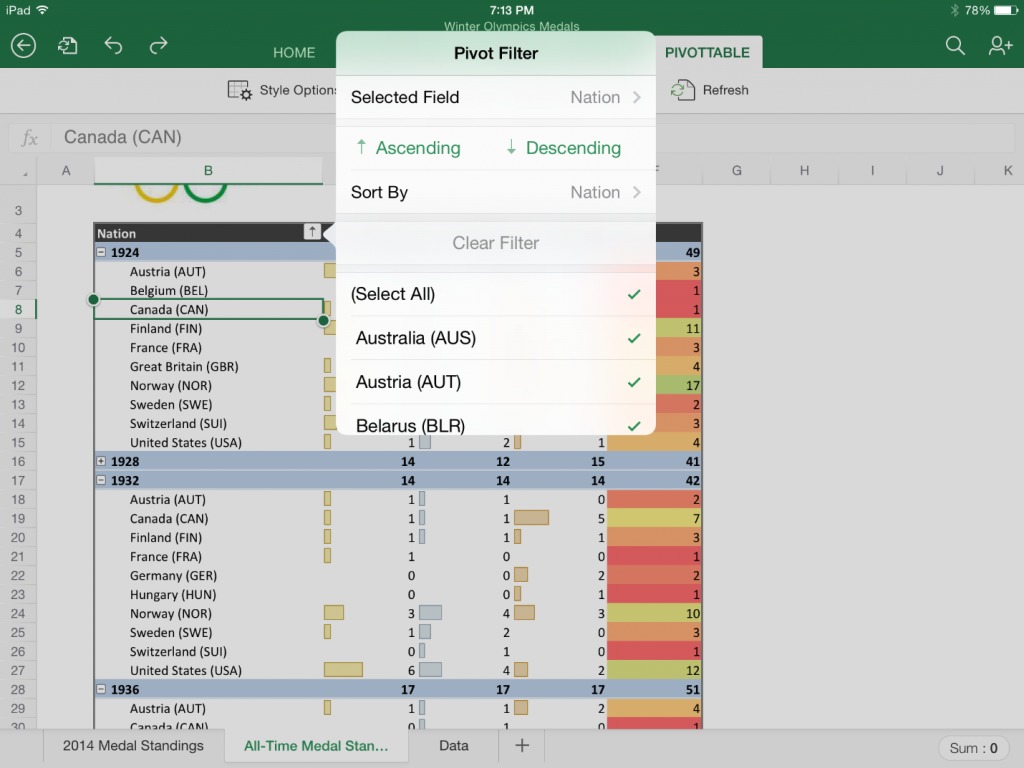 PowerPoint for iPad has added a Presenter View for seeing and editing notes, previewing the next slide, and jumping to other slides, all while running the presentation. The app also lets you play video or audio during a presentation, insert videos from the Camera Roll, add and edit hyperlinks, and use new pen and eraser settings for making and removing annotations during a presentation. 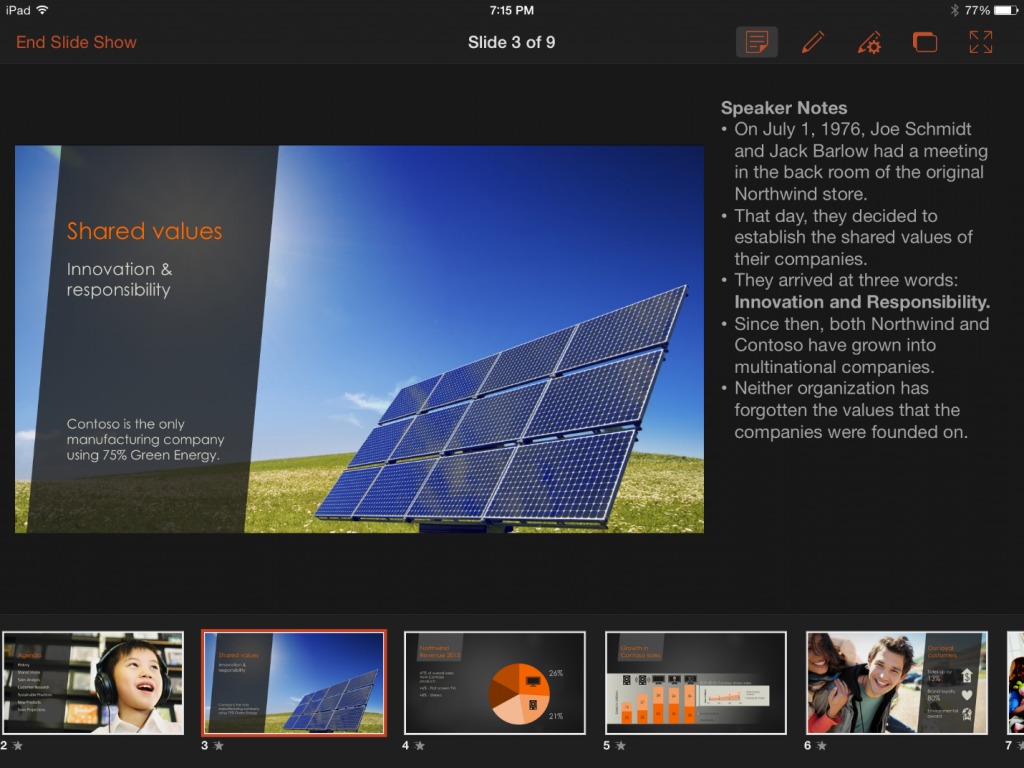 Microsoft earlier addressed one other major shortcoming, by adding printing support, so with this update the company has filled in the biggest holes in the Office apps.

I previously noted other, less-critical shortcomings in Office for iPad, and these remain, for the most part. They include the lack of access to the camera from within any of the apps, no Open In feature for handing content off to non-Microsoft apps; and document sharing that’s limited to email (as a link or attachment).

I don’t expect Microsoft to offer any Web-based file sharing and backup options other than its own OneDrive (previously known as SkyDrive). Apple and Google favor their own such services over independent services like Dropbox as well, so this is hardly a shocker.

Microsoft has also released updates to iOS and OS X versions of OneNote, the free note-organizing app that is offered separately but has an identical look and feel to its Office cousins and is, for all intents and purposes, an Office app.

The OneNote updates include access to OneDrive for Business and Office 365 notebooks; unlocking of password-protected content created in OneNote for Windows; inserting of attachments, including PDFs; improved note organizing, including rearranging; and copy-and-paste improvements. OneNote for Mac also makes it possible to send notes in the bodies of email messages, rather than just as PDF attachments.

But OneNote still has a long way to go before it will tempt me into defecting from my note-keeping standby, Evernote, as I concluded in “Microsoft’s OneNote takes on Evernote” (6 May 2014).