I’m an amateur photographer, with a love of classic photos of my city (New York) by artists such as Berenice Abbott, Rudy Burckhardt, Bruce Davidson, and Helen Levitt. I’ve worked on capturing buildings, street scenes, and portraits in my own neighborhood, much as they did, and sometimes I want my images to be in black and white, to convey the timelessness that I feel when I’m on my street.

Unfortunately the standard tools for photo manipulation — Adobe Photoshop, Adobe Lightroom, and Apple’s soon-to-be-discontinued Aperture — are not really designed for editing black-and-white photography; their focus is on color photos. They don’t offer the adjustments needed to turn an average black-and-white image into something spectacular.

Developer Macphun has created a number of photo-editing apps over the years for both the Mac and iOS. You may know about their FX Photo Studio app for iPhone, iPad, and Mac; exclusive to the Mac they offer Intensify, Snapheal, and Focus 2. Their software is designed to appeal to the hobbyist as well as the professional photographer.

Tonality is also intended for both amateur photographers and professionals, and the look and layout were designed to be fairly intuitive for anyone accustomed to Photoshop or Lightroom. I use Lightroom, and the gray color palette plus the sliders along the right side of the window feel familiar. 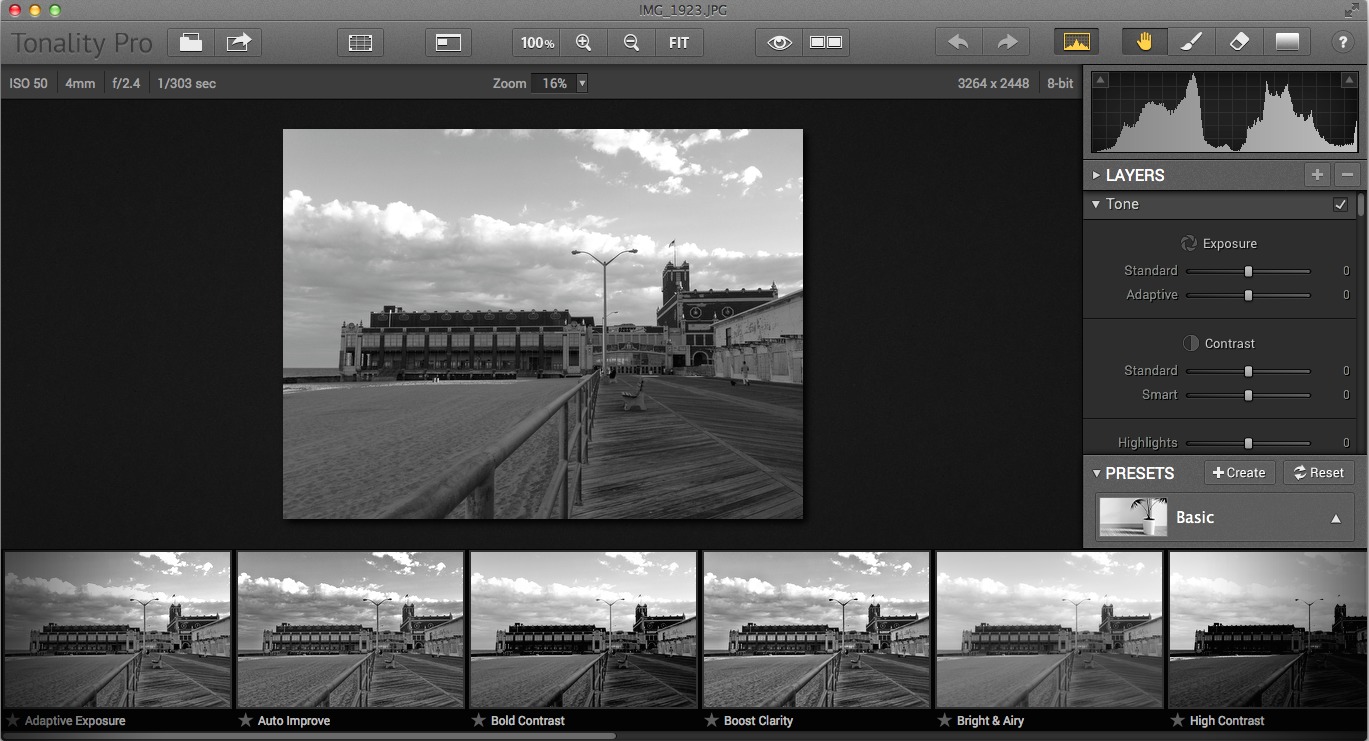 For beginners, Tonality provides a number of presets that can give you some amazing effects with a single click. For example, the Vintage category offers presets for Civil War, Old and Faded, Tintype, and Wild West. The Portrait presets include Dark Beauty, Dreamy, and Old Hollywood Glamour. 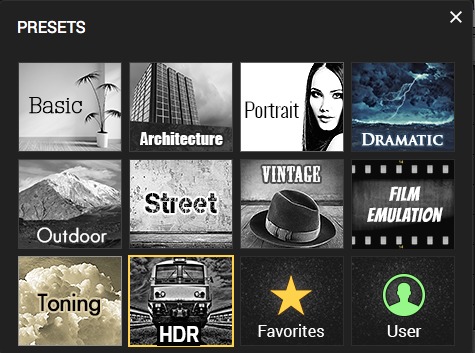 And along the bottom you can see a preview of what your photo will look like with that preset. There are 10 categories of presets, which can bring even a novice like me close to the look I want.

Whether you start from scratch or from an effect preset, you can then play with Tonality’s various sliders to adjust the image further. The slider categories are Tone, Clarity, Structure, Color Filter, Tone Curve, Split Toning, Glow, Lens Blur, Texture Overlay (which lets you upload your own textures, or you can use the built-in ones), Vignette, Grain, Photo Frames, and Opacity. I found the number of sliders and options a little overwhelming, yet I can see how the endless combinations and minute adjustments would be of
use to a professional photographer looking to achieve a very specific effect. 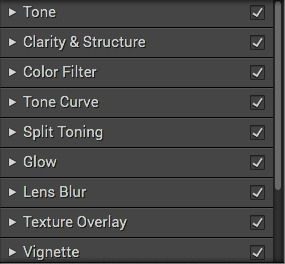 Like Photoshop, Tonality offers brushes that let you apply changes to only part of the image; a gradient tool that lets you apply graduated settings (although only in a straight line); and a histogram to show you the tonal gradations in your image. Also like Photoshop, you can combine multiple layers to create your image, apply different settings to different layers, and turn layers off and on. This is where things can really get interesting if you’re inventive and/or do some planning.

Tonality’s sharing function works with all the usual suspects (Mail, Flickr, Facebook, Twitter) as well as SmugMug. After you’ve worked on an image, you can open it directly into the photography app of your choice, including iPhoto, Aperture, Photoshop, Lightroom, or any of the Macphun apps. You can of course also export it in a bunch of different formats, including JPEG, PNG, TIFF, PDF, and PSD.

What I’ve described above is the standard version of Tonality. For pros, or those who want to use Tonality as a plug-in within Photoshop, Lightroom, Elements, or Aperture, instead of as a standalone app, there’s Tonality Pro, which costs $50 more. Along with being able to use it as a plug-in, Tonality Pro adds:

I found it easy to get started with Tonality, thanks to the presets. Here’s the very first image I created with it: the original color photo I took (in Ocean Grove, New Jersey), the initial import into Tonality in black and white, and the finished photo after I played around with sliders and options. All done in maybe an hour. 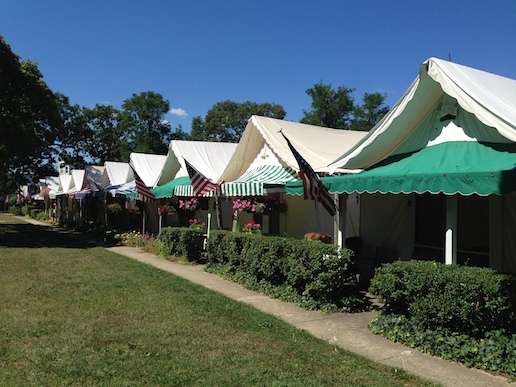 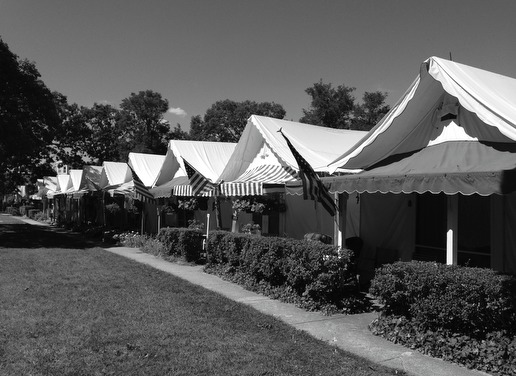 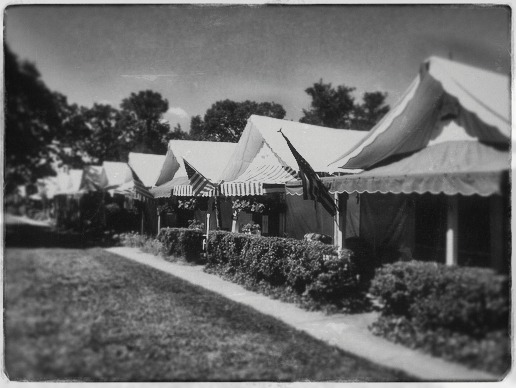 I’m finding it harder to achieve a specific result that I already have in mind; that’s going to require practice to get a
better understanding of how the sliders and layers and masking can combine to create various effects.

I know I’m not the next Rudy Burckhardt, and yet in experimenting with Tonality I’ve created a few images that started out entirely average and are starting to look amazing (to my eye, anyway, and that’s really all that counts). I’m going to keep playing with it, exploring its options, and using it for all my black-and-white editing, right alongside my color work in Lightroom and Photoshop.

[Caroline Green is a partner in IvanExpert, which offers Mac consulting and support for home users and small businesses in New York City.]