Fission 2.2.2 — Rogue Amoeba has released Fission 2.2.2, a small maintenance release for the audio editor that fixes a rare crash (caused by closing a window) and a regression of Apple Lossless transcoding. The update also adds a hidden preference to disable the limit on Smart Splits, improves logging in the Saving pipeline (with more detailed optional error reporting available), and is more forgiving when importing slightly malformed FLAC files. Additionally, the Mac App Store version addresses several changes that Apple made to its
Gatekeeper system. ($32 new from Rogue Amoeba with a 20 percent discount for TidBITS members, free update, 14.5 MB, release notes, 10.7+)

Alfred 2.4 — Running with Crayons has released Alfred 2.4, adding support for OS X Yosemite, with new Yosemite Light and Dark built-in themes and the addition of Helvetica Neue and Helvetica Neue Light fonts to the theme editor. The keyboard-driven launcher no longer syncs window position (due to different Macs having different location requirements), but adds a new option for displaying fuzzy match file system navigation results. For those who purchase the feature-enhanced Powerpack, Alfred provides more robust nil checking when searching for snippets when doing placeholder
replacements, improves the performance of activating and watching clipboard history, and fixes a failure to move or copy a file when the filename contains a grave accent. (Free, £15 for Powerpack, 3.1 MB, release notes, 10.6+)

CloudPull 2.5.4 — Golden Hill Software has released CloudPull 2.5.4 with a handful of improvements to the Google data backup application (see “Back Up Your Google Data with CloudPull,” 6 March 2012). The update responds to changes to the Google Calendar API to restore the capability of backing up calendars, adds the capability to control the HTTP timeout length and the number of simultaneous downloads per account when backing up Google Drive files, fixes a crash that occurred when retrieving an updated list of mail messages from Gmail, and fixes a bug that caused a crash
during the first backup cycle. ($24.99 new with a 20 percent discount for TidBITS members, free update, 9.7 MB, release notes, 10.7.5+)

Corel Painter 2015 — Corel has released Painter 2015, the newest version of the venerable graphics application that switches up the app’s numbering convention again. (Painter had been using the standard numeric release convention up to version 12 before changing to the Painter X3 moniker in 2013; Corel says that the new numbering system reflects its plan for a yearly update cycle.) Painter 2015 introduces “physics-inspired” Particle Brushes, which provide a quick way to create unique effects. Strokes from the three types of Particle Brushes (Gravity, Flow, and Spring) emit particles from a central
point that then create patterns and lines as you move across your canvas. Particle Brushes can be controlled by a variety of input options such as pressure, bearing, tilt, or velocity, and you can randomize the effect by selecting a Local Chaos setting. 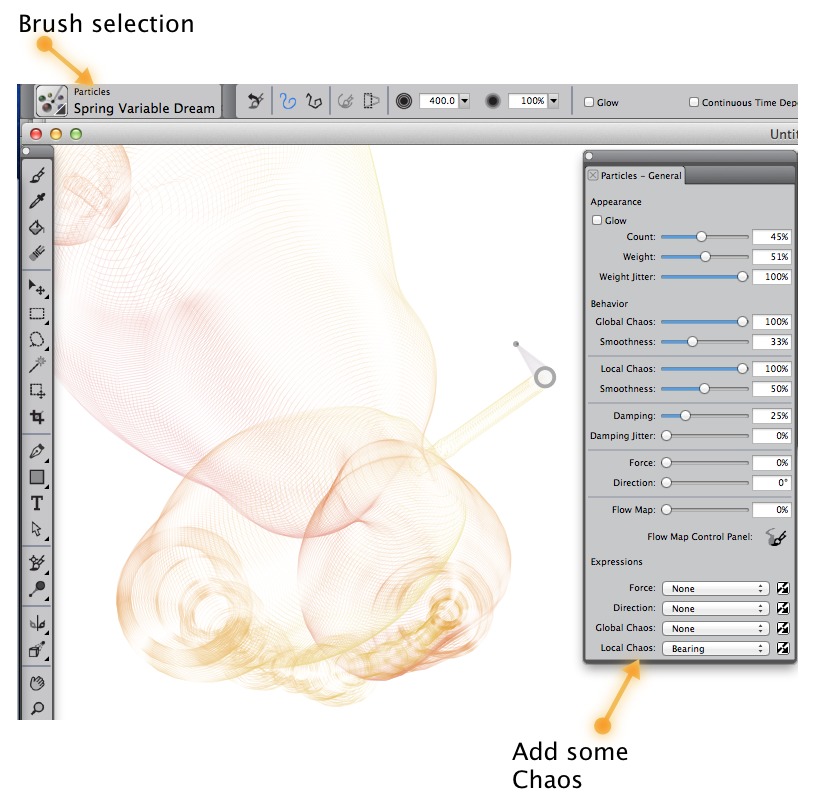 Now a native 64-bit application, Painter 2015 promises speedier performance while consuming only half the power of previous versions to help you conserve battery life on your laptop. Other changes include the new Jitter Smoothing feature that gives brushstrokes a more organic look, enhanced real-time preview of effects, and new smart photo-painting tools. A free 30-day trial version is available. ($429 new, $229 upgrade from version 7 or later, 194 MB, 10.7+)

Safari 7.0.6 and 6.1.6 — Apple has released Safari 7.0.6 for users of OS X 10.9 Mavericks and Safari 6.1.6 for users of 10.8 Mountain Lion and 10.7 Lion. Both updates improve memory handling to fix multiple WebKit memory corruption issues that could lead to unexpected application termination or arbitrary code execution if visiting a maliciously crafted Web site. (Seven Common Vulnerabilities and Exposures IDs, or CVE-IDs, are listed in the security note.) The two releases are available only through Software Update. (Free, 10.9+/10.7–10.8)