The Apple TV has a lot to offer sports fans: NBA basketball, MLB baseball, NHL hockey, MLS soccer, and ESPN, but the glaring hole for American sports fans has been NFL football — until now. NFL Now, the NFL’s new streaming service, is now available on the Apple TV (as well as the iPhone and iPad). 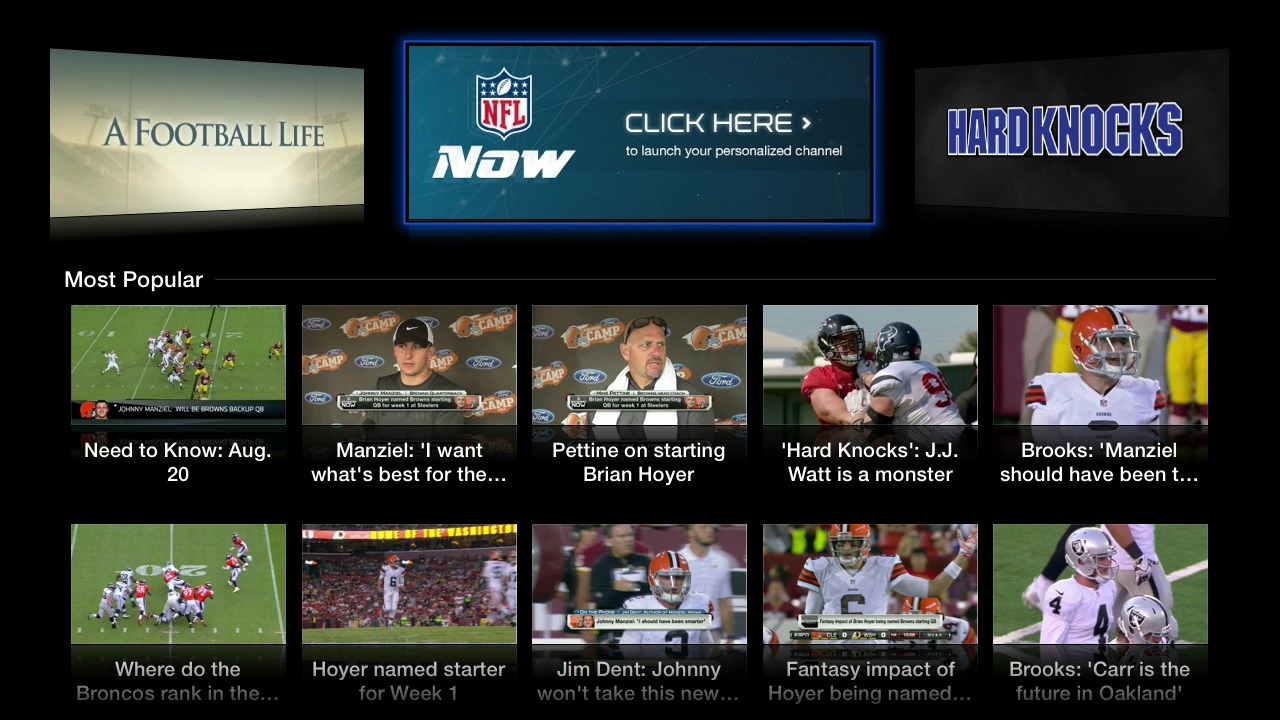 NFL Now offers free news, highlights, and original shows, as well as game schedules and scores. You can tailor the video feed to focus on your favorite teams, via the My Channel feature, but to do so, you must create a free account at http://nfl.com/now/appletv if you don’t already have an NFL.com account.

Unfortunately, NFL Now doesn’t offer clear instructions on how to customize My Channel, so here’s how you do it: 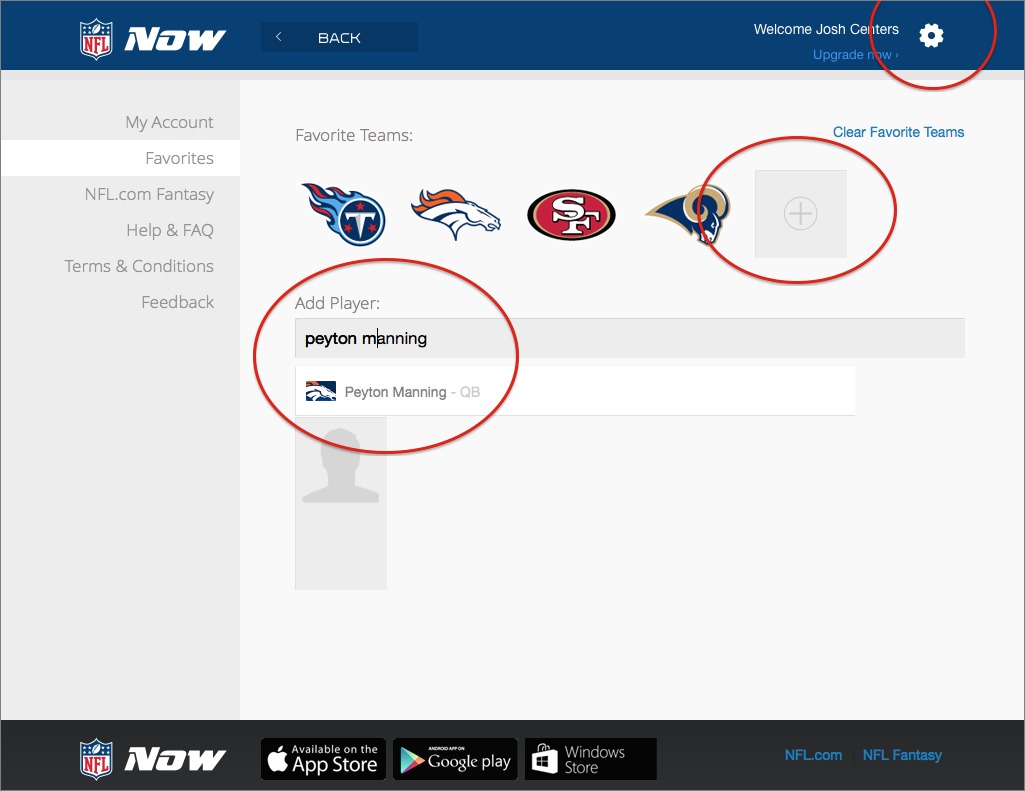 Now, if you play the My Channel program on your Apple TV, you’ll see continuous coverage of your favorite teams and players. I listed the Denver Broncos as one of my favorite teams, and the first segment of My Channel was about their defensive lineup this season. Pretty impressive, and with over 100 hours of new original content every week, you’ll never run out of things to watch.

Unless you want to watch live games, that is. Unfortunately, viewers in the United States, the UK, and Mexico don’t have that option. The consolation offer is that, for $1.99 per month, viewers in these countries can upgrade to NFL Now Plus, which offers same-day game highlights, commercial-free video, and NFL Films. While it’s sad that there’s no option to stream live games, it’s a great alternative to ESPN’s SportsCenter for cord-cutting NFL fans.

For NFL fans outside the U.S., UK, and Mexico, the situation is both better and worse. To start, NFL Now Plus costs $4.99 per month, but for the money, you get a live stream of the NFL Network, which includes some games, as well as NFL RedZone, which shows live touchdowns (really!) for every Sunday NFL game. Here in the United States, NFL RedZone costs about $11 per month, so the international NFL Now offer is a fantastic deal if you can get it. And if you can, I hate you.

Hopefully this is a first step toward the NFL streaming games via the Apple TV. In the meantime, the free tier of NFL Now is a great way for time-crunched fans like me to keep up with what’s happening in the league.

What Else Is New on Apple TV? — The Apple TV has seen a flood of new, if not necessarily compelling, channels over the past few months. Here’s what’s new on Apple TV in the United States.

A Growing Problem — As more channels are added to the Apple TV, it’s becoming increasingly difficult to keep up with every individual channel activation or subscription, or even to know what you’ll be able to watch, given your cable provider. Activations are especially painful, since many of them seem to require reactivation every few days. It’s good that Apple made it easier to hide channels (see “Apple TV 6.1 and Remote 4.2 Bring Welcome Interface Improvements,” 10 March 2014), but the company now needs to do something to unify all of these logins and activations.

Comments About The NFL Arrives on Apple TV