This part of the globe is currently teetering on the precipice between summer and fall, and it’s prime outdoor season. It’s still warm enough outside for most summer activities, and over the next few weeks the bugs and reptiles will begin their retreat, hunting seasons will start around the country, and tailgating season will be in full swing.

Whether you’re fishing, securing something to the roof of your car, hoisting game, or even hanging Halloween decorations, tying knots is an essential outdoor skill. Unless you spent a good chunk of time in the Scouts or the Navy (or are in a knot-intensive profession), you’re probably limited to granny knots. After all, the adage, “if you can’t tie knots, tie lots” usually gets the job done. But sometimes more finesse is required. Wouldn’t it be nice to know how to string a clothesline that will stay tight, add a loop to an end of rope, or secure a fishing hook so that trout doesn’t swim away, giggling at your inferior line tying skills?

This is a problem I’ve recently encountered as I’ve developed a newfound interest in the outdoors. I’ve always been knot-challenged. I couldn’t tie my shoes until I was eight, and the Boy Scout knot guides I read as a kid confounded me.

There are endless knot resources, but most are flawed. Text descriptions suffer from excessive use of knot jargon (“tie a bend to your bight, but be careful or it could capsize”), pictures show only part of the process, and video demonstrations can be obscured by hands or mediocre camera work. What we need is a database of knots, with variable-speed animated demonstrations, that would let you see the knot from any angle. Fortunately, there’s an app for that: Knots 3D, which is only $0.99 in the App Store and runs on any device using iOS 5.1 or later.

Knots 3D organizes its 94-knot database into usage categories, such as boating, camping, fire & rescue, and fishing, as well by type, such as bends, hitches, lashings, and loops. There is also a complete list of knots, arranged alphabetically, knots recently added to the app, and those you’ve denoted as favorites. 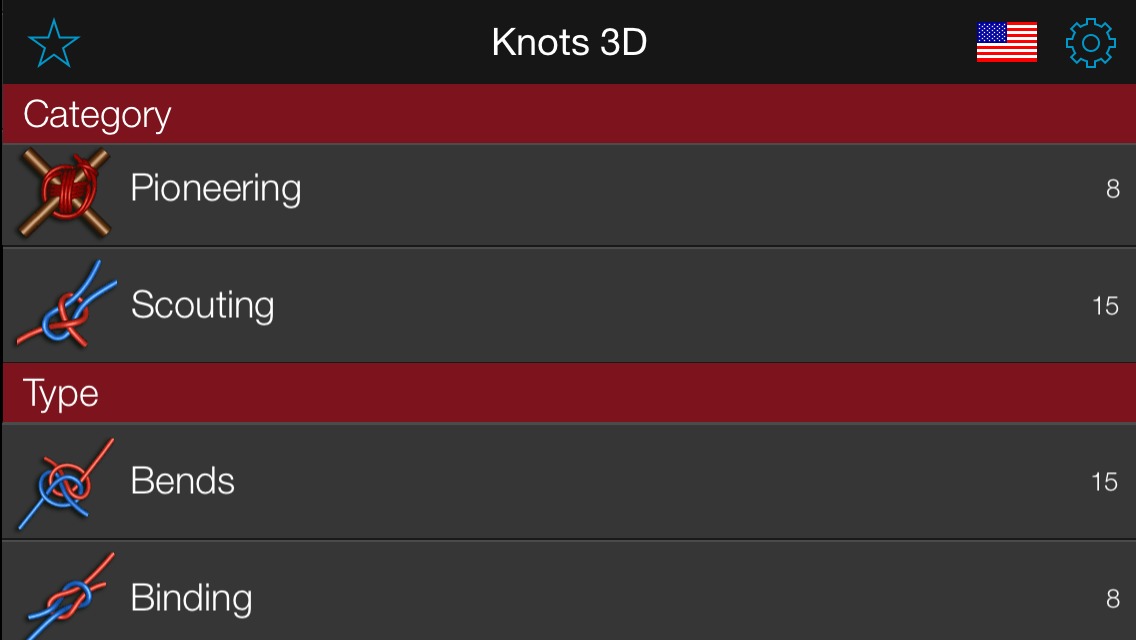 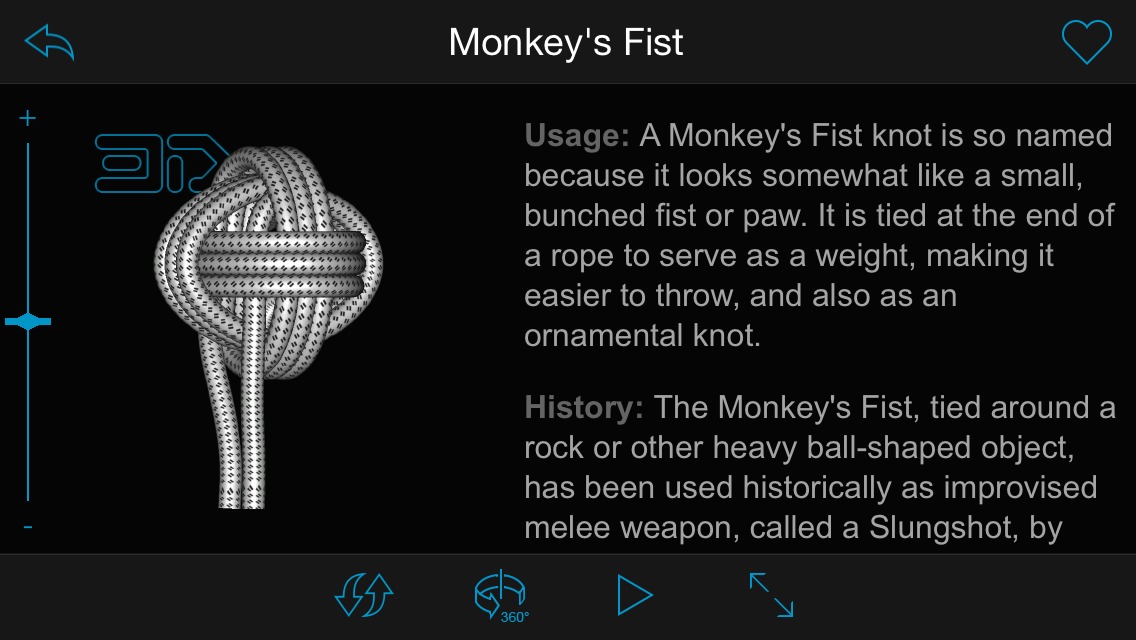 The text can be useful, but the main attraction is the animated 3D rendering of the knot. By default, the animation runs too quickly to see individual steps, but a slider lets you adjust the speed of the animation. You can also slide a finger across the animation to step through each frame. At the bottom of the screen sit four buttons, from left to right, that enable you to flip the animation (so you can see it upside down), rotate the knot, replay the animation, and fill the screen with the knot, hiding the text. In the upper-right is a
heart button, which adds the knot to your favorites.

So which knots should you check out first and potentially save as favorites? Here are a few I’ve found to be particularly handy, yet easy to learn: 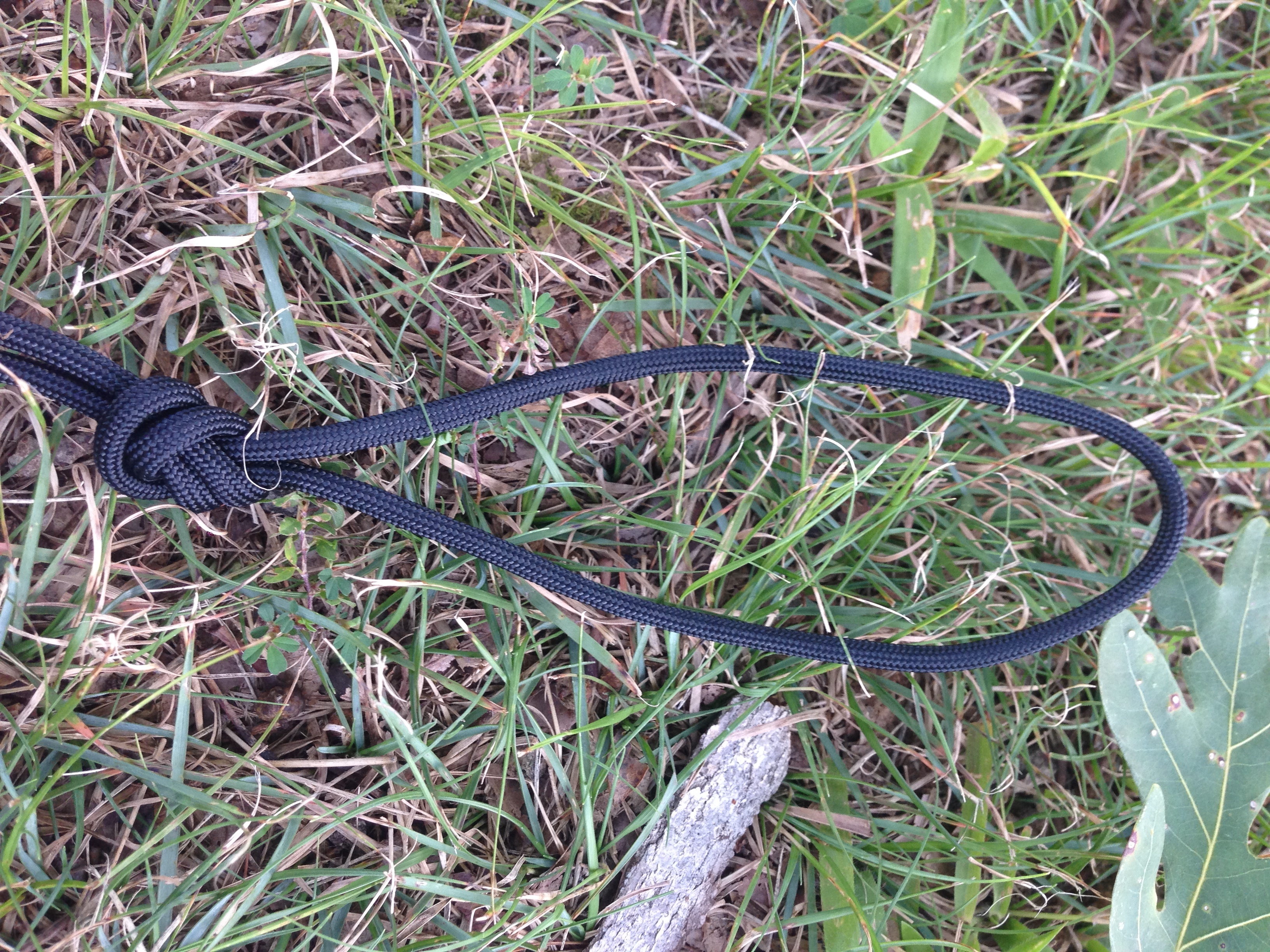 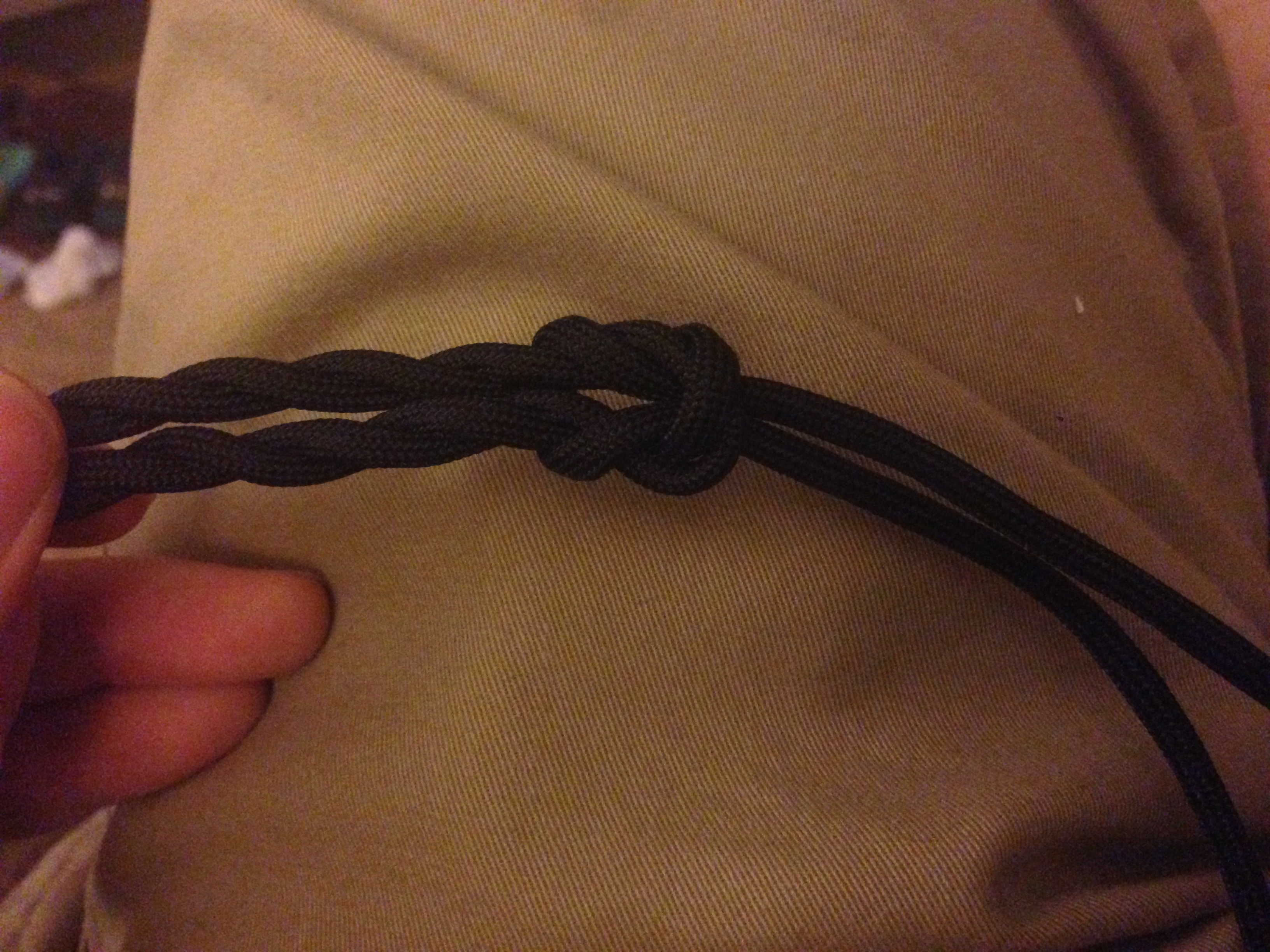 Now you have six useful, easy-to-learn knots, but what should you tie them with? Different applications require different types of rope, but it’s hard to go wrong with 550 paracord, which is the duct tape of cordage and a favorite of outdoorsy types. It’s cheap, it’s light, it’s tough, and it’s versatile. Paracord has been used to repair the Hubble Space Telescope, make bullwhips, weave belts, build shelters, and of course, to suspend parachutes (the picture below is a rope I twisted together from paracord). In a pinch, the core can be stripped out for sewing thread or fishing line. The only thing I dislike about it is that it unravels easily, so you need a sharp
knife to cut it cleanly, and something to melt the ends together, like a match or a lighter. 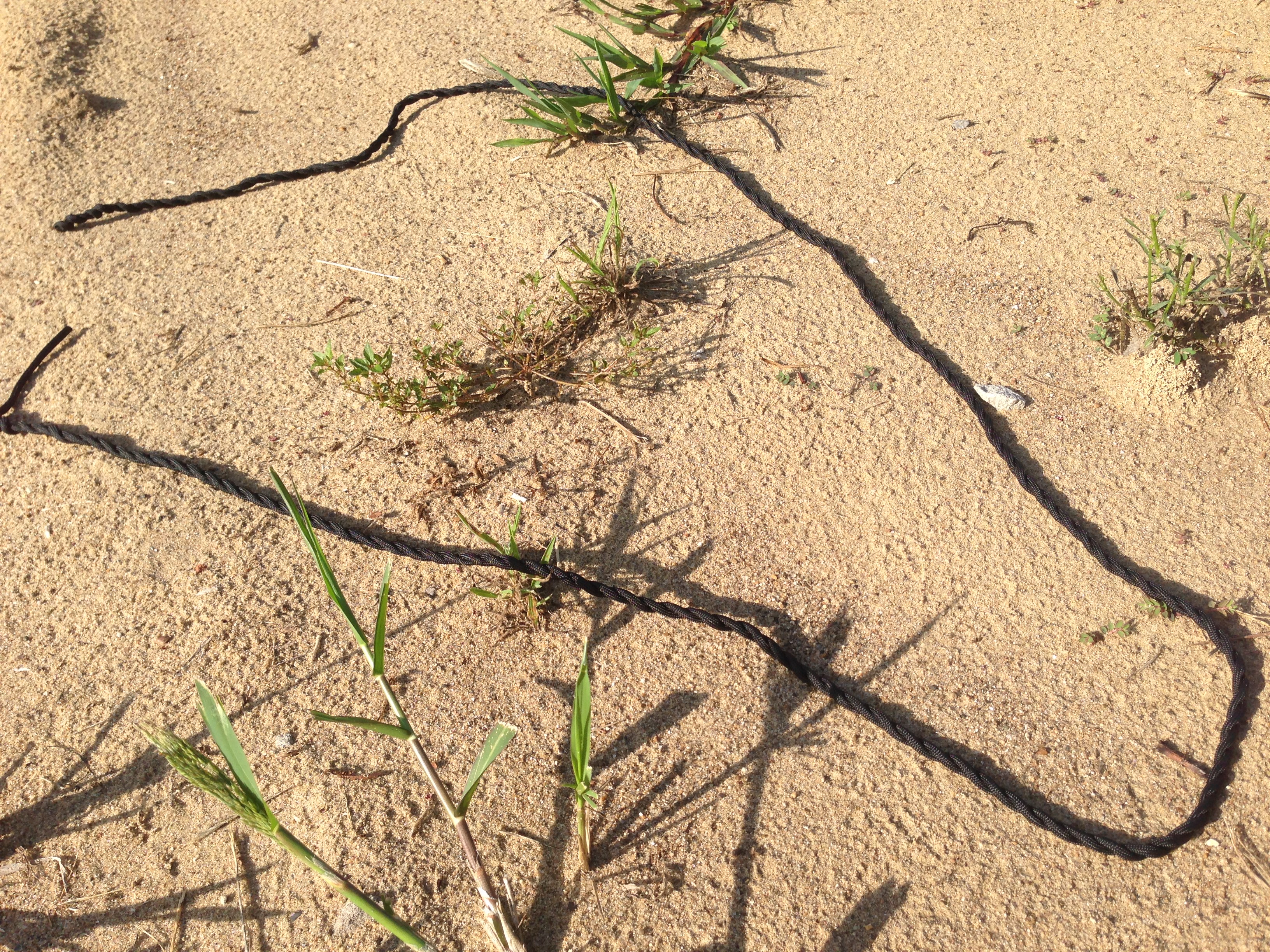 As someone who has been knot-challenged his whole life, Knots 3D has been an invaluable learning aid, and is a handy app to keep on your iPhone. Learning knots may not be fun in and of itself, but what you can do with them opens endless possibilities. So spend $5 on some paracord, download Knots 3D for $0.99, and start practicing. If Knots 3D can teach me to tie knots, then it can teach anyone.