This is an article that shouldn’t exist. When Apple announced that it was paying the band U2 so every iTunes customer could download U2’s new album “Songs of Innocence” for free until 13 October 2014 (when the album officially goes on sale), how you obtained it should have been obvious.

Unfortunately, very little is obvious in iTunes these days, and we’ve been seeing questions from a lot of Apple users who still haven’t figured out how to get the album. 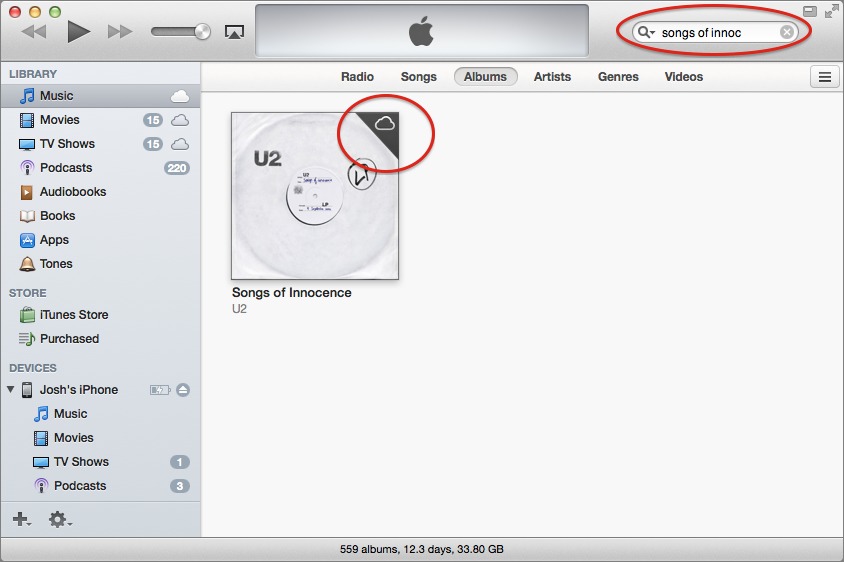 If it isn’t, go to Preferences > Store and see if Show iTunes in the Cloud Purchases is enabled. If not, enable it and try again. You might also have to quit and restart iTunes before the album shows up. 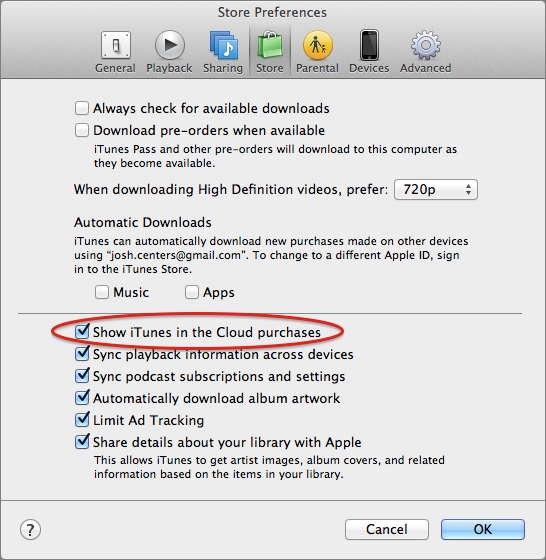 If that doesn’t work, enter the iTunes Store (most easily done if the sidebar is showing — choose View > Show Sidebar), click the Music link in the top dark grey navigation bar next to the house icon, and click Purchased in the right-hand sidebar. “Songs of Innocence” should be the first album listed. Click the cloud icon with the downward-pointing arrow in the album’s upper-right corner to begin downloading it. (There’s also a promotional banner you can click to download the album.)

On iOS, the album should, in theory, be in the iTunes Store app, under the More tab, in Purchased > Music > U2. However, for me, it wasn’t. Fortunately, I stumbled across a promotional banner for the album in the Music tab. Tap the Free box, then tap it again when it becomes Get Album. 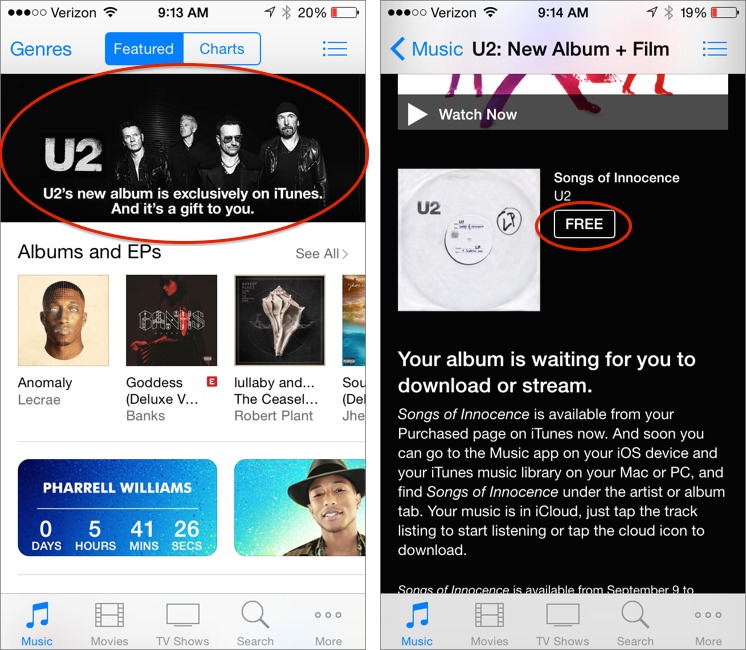 You can also listen to the album via the Apple-owned Beats Music (for more on Beats Music, see “FunBITS: What Sets Beats Music Apart,” 16 May 2014).

Thanks to Apple for buying us all (500 million people with iTunes accounts!) this album, but I hope Apple’s next big event features an overhaul of iTunes that makes this stuff intuitive again.

“But I Hate U2!” — While it’s hard to believe that anyone could be upset about free music, plenty of people were, taking to social media to voice their displeasure at their iTunes libraries being sullied by the presence of Bono.

The new, people-pleasing Apple heard your pleas for purification, and has subsequently released a special tool to purge the album from your iTunes account. Visit the Web page and click Remove Album to banish it forever. If you change your mind, you have until 13 October 2014 to download it again for free, but after that, you’ll have to pay.

Now, you can once again brag that your carefully curated music library shows no signs of a Bono infestation. But whatever you do, do not look closely at the Artists tab of the iOS Music app. Don’t say we didn’t warn you!

Comments About How to Get (or Delete) Your Free U2 Album