Overshadowed by the excitement of Apple’s latest product announcements was the loss of a long-standing Apple product. On 9 September 2014, Apple took its Web site offline briefly to slip in a redesign, new iPhone models, and the Apple Watch, but when the site returned, there was something missing: the iPod classic, which had been unceremoniously scrubbed from both the site and Apple’s online store. The 160 GB iPod classic is survived by the 2 GB iPod shuffle, the 16 GB iPod nano, and the iOS-based iPod touch. 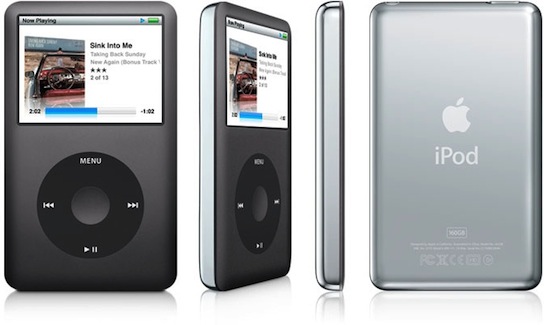 It’s the end of an era, one that rocketed Apple from a scrappy computer company fighting irrelevance to a superpower in the worlds of computing, music, mobile telephony, and photography. But while the iMac may have brought Apple back from the brink, and the iPhone made the company dominant, the path to Apple’s glory began on 23 October 2001, when Steve Jobs introduced the iPod.

Looking back, it was a surprisingly low-key event (for our original coverage, see “Apple iPod Makes Music More Attractive,” 23 October 2001). There was no cheering, no elaborate on-stage demos, and the slides used Marker Felt as a typeface. It was a quiet launch for what would be Apple’s first major foray out of personal computing. Reactions were mixed, and not too dissimilar to initial reactions to the Apple Watch announcement. Some even called the iPod “lame.”

As the humble iPod gained features — the 30-pin dock connector, Windows compatibility, support for photos and videos — and split into numerous variants, sales soared. Hundreds of millions were sold, and many households still have an old iPod hanging around in a drawer.

Alas, when Apple released the iPhone in 2007, followed a few months later by the iPod touch, the fate of the traditional iPod line was writ large. Touchscreens, not click wheels, were the future of Apple’s portable devices.

Well, maybe that’s not quite true. As iPod sales continue to sink, the Apple Watch, relying as it does on the click wheel’s descendent, the digital crown, aims to take over as the next big thing (see “Apple Previews the New Apple Watch,” 9 September 2014).

As for the void left by the loss of the 160 GB iPod classic, the new 128 GB option for the iPhone 6 brings hope that a new iPod touch is just around the corner with the same storage capacity. So while the iPod classic may be gone, its legacy of putting massive amounts of music in your pocket lives on.

Comments About Eulogy for the iPod classic