Apple has updated iOS to 8.0.1, but if you’re seeing it on your iPhone, hold off on installing! Although the problems are not universal, many iPhone users are reporting that the update breaks cellular connectivity and Touch ID. In response, Apple pulled the update quickly. 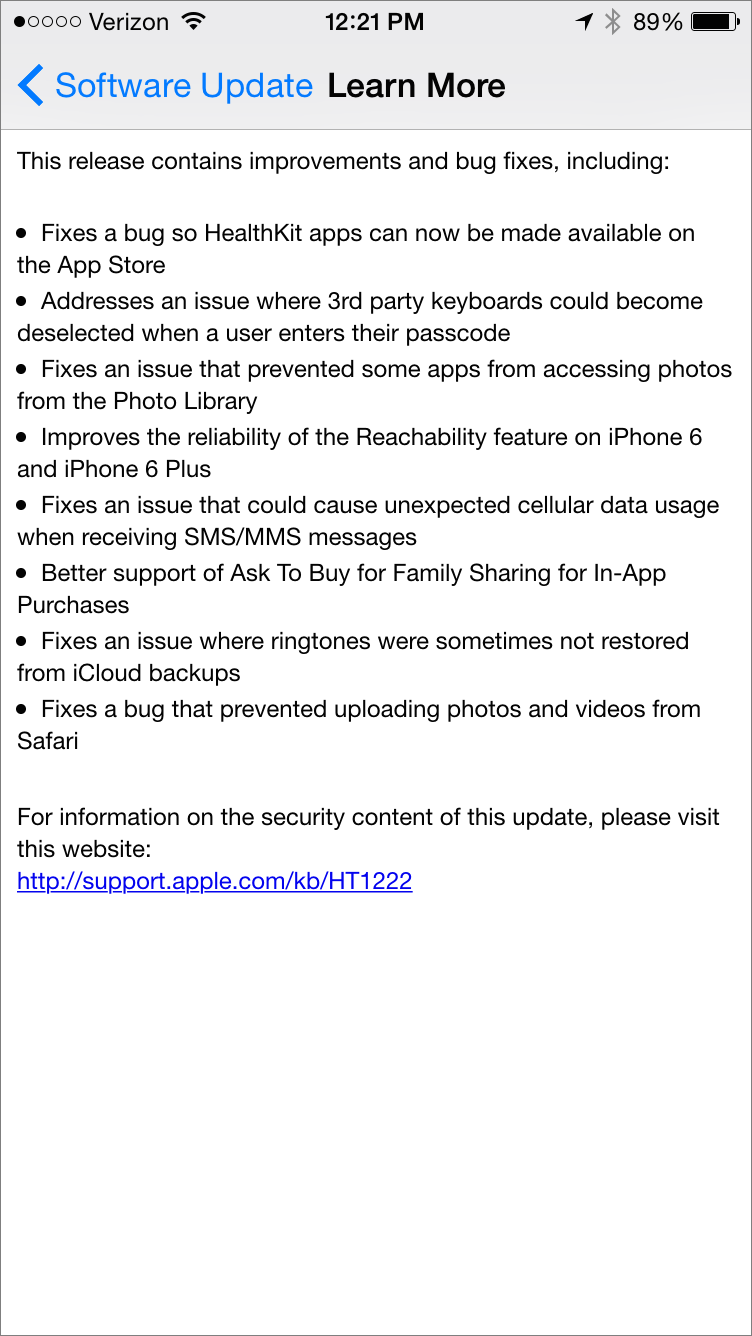 If you’ve already installed the update and are experiencing these issues, your only recourse until Apple releases 8.0.2 is to restore your device back to iOS 8.0. iMore has instructions on how to do that, and Apple got into the act as well, posting a support article with reinstallation instructions and more information (including the detail that the Health
app won’t work after restoring).

When iOS 8.0.1 is working properly, it promises to fix a bug so that HealthKit apps can be released on the App Store. Apps that used the HealthKit developer tool to tie their data with Apple’s new Health app were barred from release just before iOS 8’s launch.

Another frequent annoyance fixed in iOS 8.0.1 is an issue that caused third-party keyboards to be deselected when entering a password. We aren’t yet sure if this fixes the frequently reported “disappearing keyboard” issue, but we can only hope.

iOS 8.0.1 also reportedly makes the new Reachability feature in the iPhone 6 more reliable. Reachability is a workaround for larger screens, where you can pull the top of the screen down by double-touching (not pressing) the Home button. However, in practice, it was often difficult to trigger.

Other issues fixed in iOS 8.0.1 include bugs that prevented some apps from accessing Photo Library photos, that could have caused unexpected cellular data usage when receiving text messages, that prevented ringtones from being restored from iCloud backups, and that prevented photo and video uploads in Safari. Plus, iOS 8.0.1 promises to improve support for the Ask to Buy feature of Family Sharing for in-app purchases.

Comments About Apple Releases 8.0.1, but Don’t Update Yet!