The largest — at least when it comes to screen size — of Apple’s hardware announcements on 16 October 2014 was the new iMac with Retina 5K display. 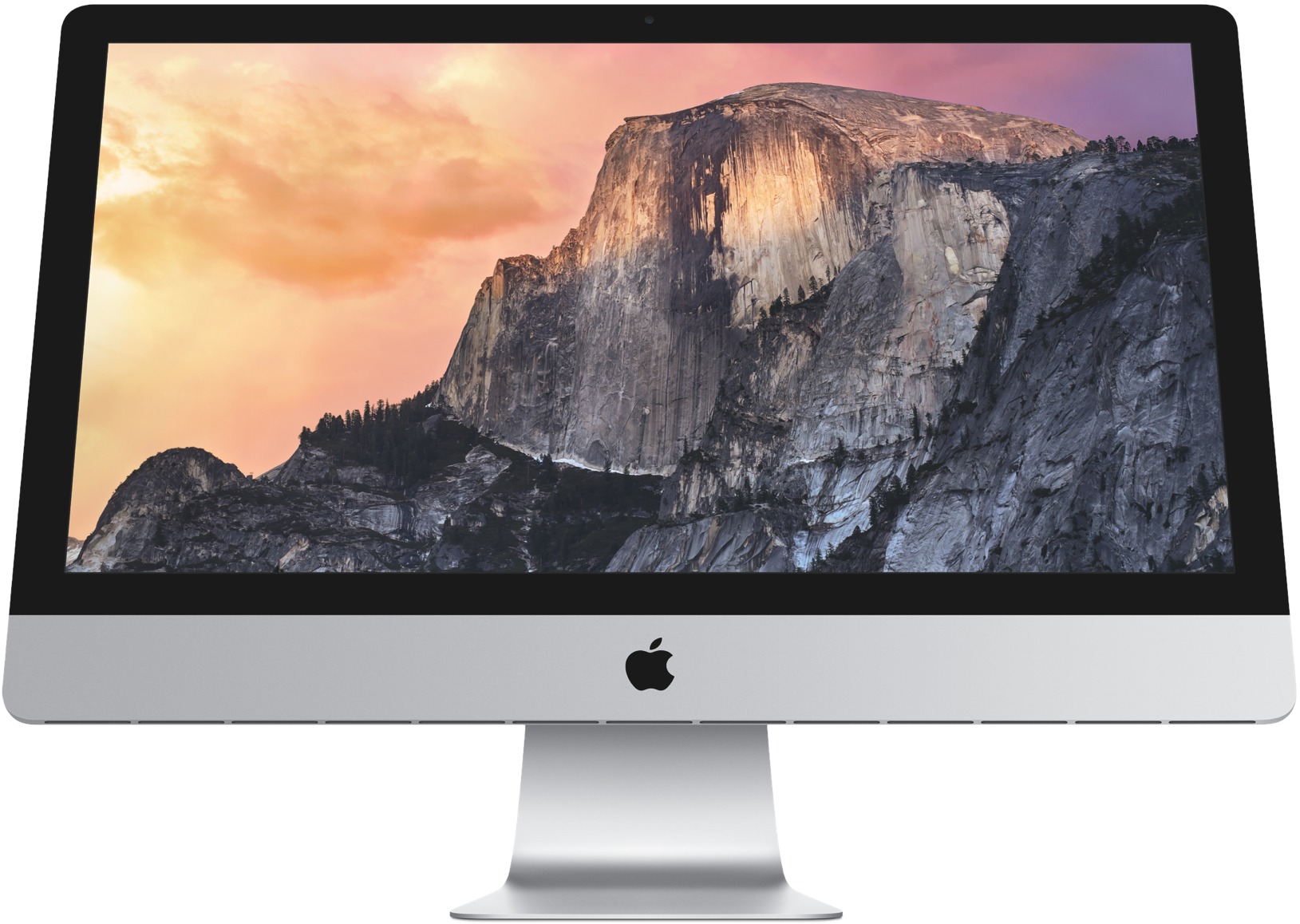 The new iMac features a jaw-dropping 27-inch display running at a resolution of 5120 by 2880. With 14.7 million pixels, Apple claims it is the world’s highest-resolution display. That’s not precisely true: the Hiperspace display created by the University of California at San Diego in 2008 easily bests it with more than 286.7 million pixels. Despite that quibble with Apple’s marketing, you would be hard pressed to find a
higher-resolution display on the consumer market (or that would fit on your desk), much less one that’s so inexpensive.

Apple had to invent a number of new technologies to make the iMac with Retina 5K display viable, such as a new oxide TFT material to charge pixels, organic passivation to prevent pixel crosstalk, and a new, more power-efficient LED backlight. Thanks to Apple’s hard work, the new iMac manages to use 30 percent less energy than its predecessor.

While iMac users now have a Retina option, Mac Pro adopters don’t yet have an equivalent choice of displays — Apple has not revved the Thunderbolt Display to boast Retina-level specs. For many professionals, the iMac with Retina 5K display might be a better choice (for more on that, see “Is the New iMac the True Professional Mac?,” 17 October 2014). However, pros might consider the $250 graphics processor update, since the first-generation MacBook Pro with Retina display often overwhelmed its own graphics processors.

The iMac with Retina 5K display is being sold alongside the existing iMac lineup, so if you don’t have $2,500 to burn, don’t worry, you still have other options. The previous iMac models retain their specs and prices with no changes.

2014 Mac mini — If you’re on a budget, you’ll be thrilled to learn that Apple has finally updated the long-neglected Mac mini. The bad news is that it’s nearly the same design that’s been around for years, it’s only slightly faster than the previous 2012 version, and the RAM is no longer user-upgradable. The good news is that the base model sees a price drop of $100, and now starts at $499. In addition, the new Mac mini supports 802.11ac (versus 802.11n in the previous model) and includes two Thunderbolt 2 ports (compared to a single Thunderbolt 1 port in the previous
model), but drops FireWire 800.

While it’s nice to see Apple finally paying some attention to the Mac mini, this update feels like the sort of minor mid-cycle update that the Mac mini should have received a year ago.