If you have begun to detect moisture dripping from your cable modem, it may be because Apple’s servers are perspiring heavily as they deliver gigabytes of software updates to Mac and iOS users. Among these are six different updates for the iWork apps: Pages, Numbers, and Keynote; that’s three updated apps for the Mac and three more for iOS. These updates are mostly in the service of OS X 10.10 Yosemite, iOS 8.1, and the iCloud Drive service that binds them together (see “OS X 10.10 Yosemite, iOS 8.1, and Apple Pay Have Arrived,” 16 October 2014, and “Moving to iCloud Drive,” 15 October 2014).

So, what hath Cupertino wrought?

iWork for Mac — Here’s what Apple has highlighted in its “What’s New?” notes for the three Mac iWork apps: 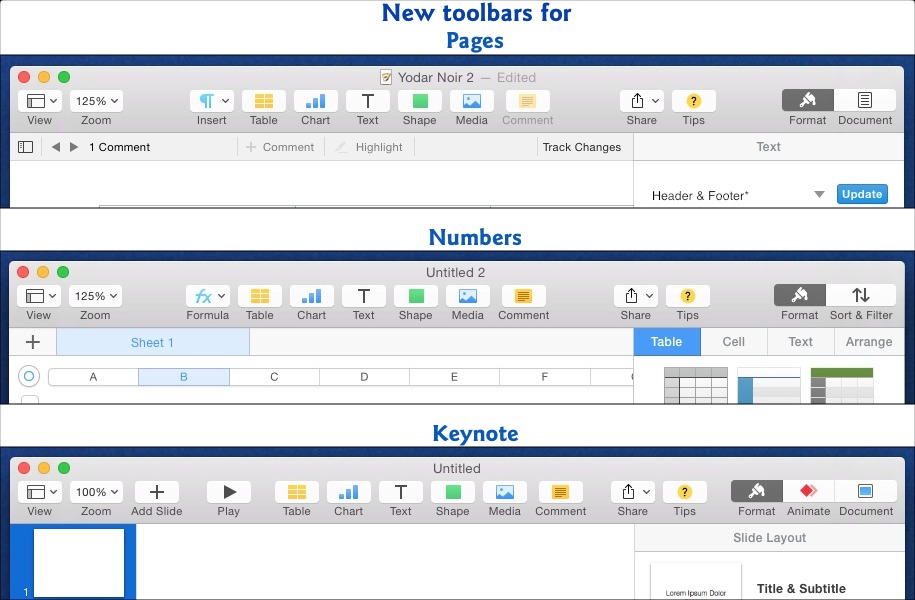 The updates to all three Mac apps are free to existing users.

iWork for iOS — The iOS apps, which all hit version 2.5 with this update, have received a number of similar improvements, including support for iCloud Drive. Though not obvious from the Documents screens in those apps, tapping the + button on the toolbar presents an import menu with a new entry: iCloud. Tap that and you can roam around the folders of your iCloud Drive to bring in files. 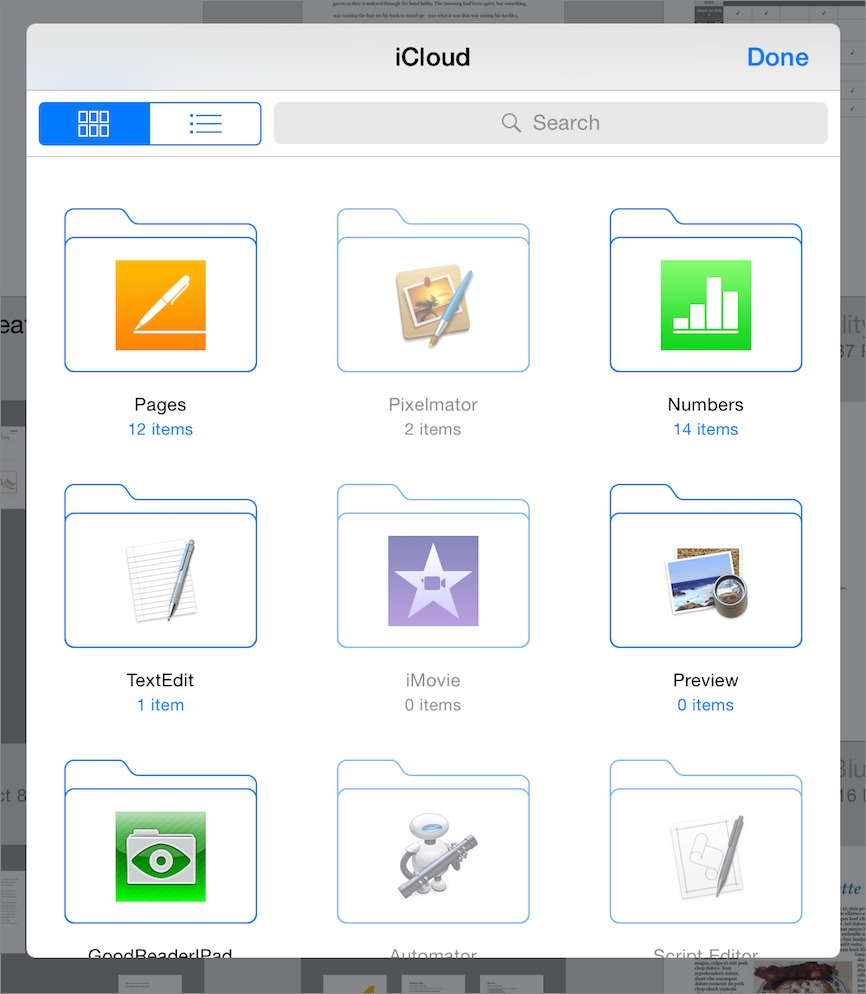 Other features common to all of the iOS apps are support for third-party storage providers like Dropbox, improved file formats, Handoff, better bi-directional language support, a new custom color mixer on the iPad, and the capability to use your device’s camera to add photos to a presentation, spreadsheet, or document. 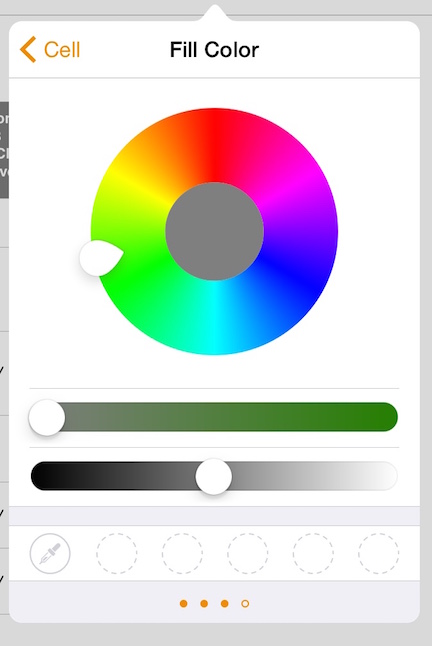 Individual app enhancements include the following:

Like the Mac apps, the upgrades are free for all current iWork for iOS users.

In Short — The vision of cross-device compatibility via iCloud that drove last year’s retooling of the entire iWork suite has been refined on Yosemite and iOS 8, after a disconcerting month when the lack of iCloud Drive on Mavericks made such interchanges problematic.

If you liked the apps before, there is nothing but good news in the latest set of upgrades. If you found the iWork apps seriously lacking compared to what the apps offered before last year’s retooling, you may not find these updates any more compelling. Nonetheless, all the apps are deeper than a cursory examination might reveal, and the enhancements that Apple has just delivered are real improvements to a suite that was already surprisingly capable.

Comments About iWork Updated for Yosemite and iCloud Drive