Fruit Ninja ($0.99) by Halfbrick Studios is an iOS gaming classic. Released in 2010, it was an instant hit with its simple, fun gameplay.

It’s touchscreen gaming at its purest. Fruits appear on the screen and you “slice” them with your finger to earn points before they fall off the screen. But you don’t want to slice bombs, since doing so causes penalties. Check out the trailer.

There are three gameplay modes. Classic gives you three strikes until the game is over, and you rack up strikes by missing fruit or slicing bombs. Arcade allots you 60 seconds to score as many points as possible, with a ten-point penalty for each bomb you hit. Zen gives you 90 seconds to rack up points, with no bombs to worry about.

As you play, you accumulate stars, which let you purchase additional dojos (stages), blades (with special capabilities), and power-ups.

None of that is new, and when I write it down, it sounds kind of boring, although the game is still enjoyable to play.

More interesting is the news that, to celebrate both Halloween and the 30th anniversary of the original film, Halfbrick Studios is holding a special Ghostbusters event in Fruit Ninja.

If for some unspeakable reason you haven’t seen the classic “Ghostbusters,” go watch it now. I’ll wait. (Just don’t cross the streams!) While you’re at it, feel free to watch the underrated 1989 sequel, “Ghostbusters II.”

Halfbrick Studios’ event adds two things to the game: a special Ghostbusters-themed dojo and a special blade based on the Ghostbuster proton pack.

The Ghostbusters-themed level is based on the New York Pneumatic Railroad from Ghostbusters II, complete with a pool of pink ectoplasm. Gameplay remains the same, with the exception of ghost traps being thrown into the mix. Slash a trap and fruit spills out. 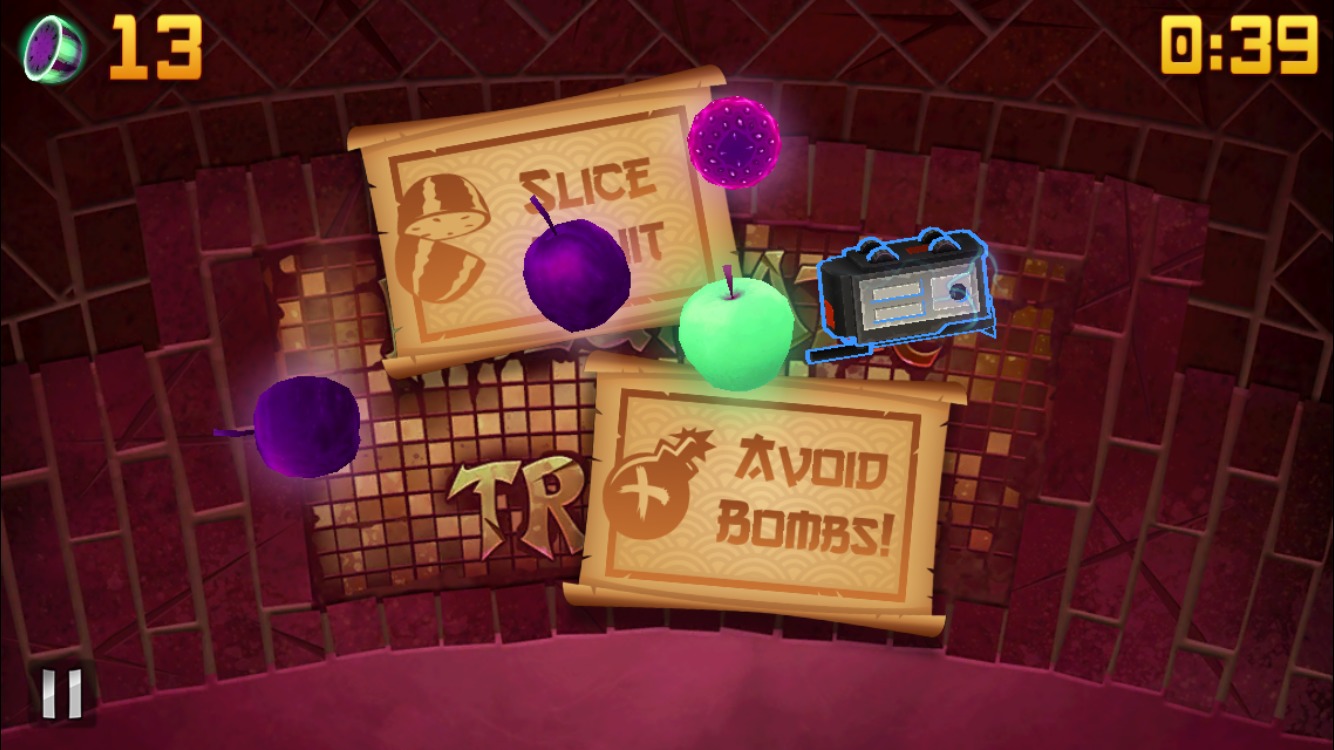 The Ghostbuster Blade brings a cool visual twist: the usual slash graphic is replaced by a proton particle stream. Also, if you draw an X on the screen, it “crosses the streams,” which places a fruit-busting ball of energy on the screen that temporarily blasts everything that gets near it. 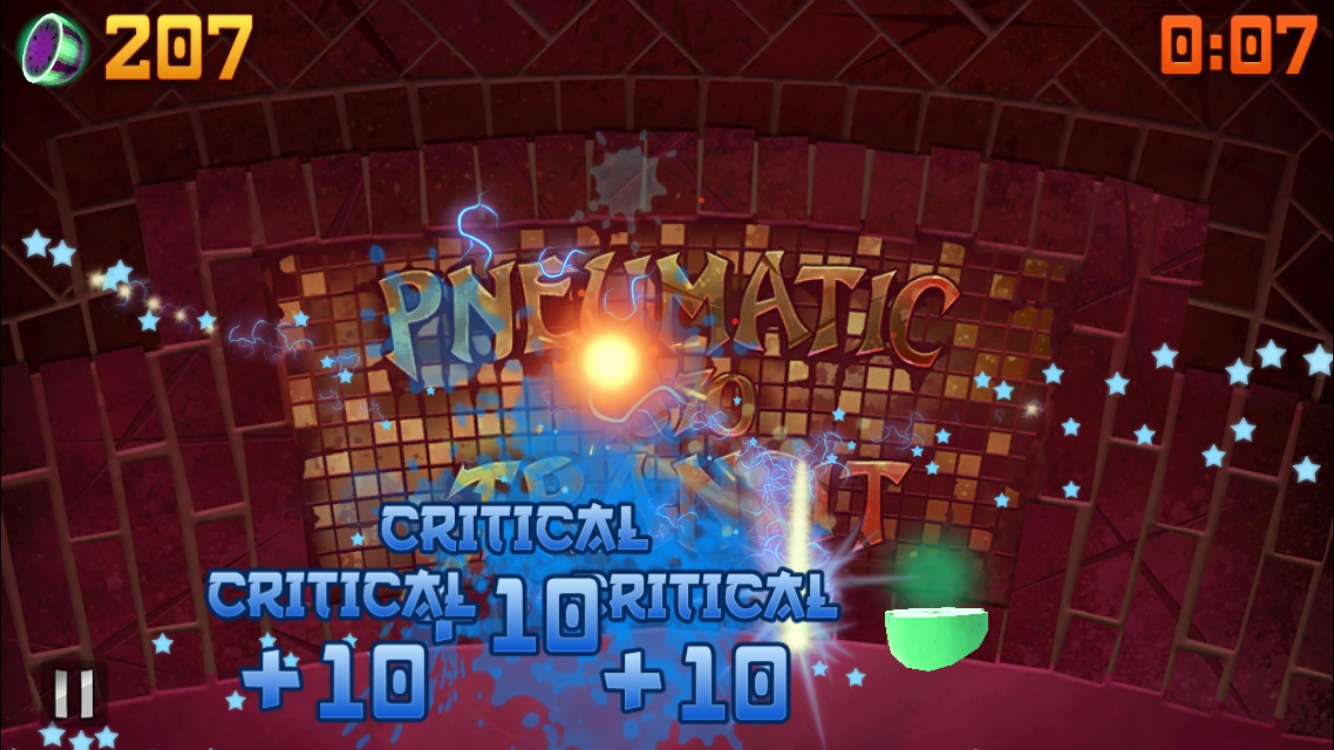 I freely admit that these additions are gimmicks, tacked on to a completely unrelated game. But they add a bit of life to a fun, if old, game.

There are a few other Ghostbusters games in the App Store, but they’re not nearly as fun as Fruit Ninja, and are “free” with copious in-app purchases. First, there’s Ghostbusters Paranormal Blast: Augmented Reality. It’s interesting in that it superimposes ghosts over your device’s camera, and it’s based on real locations (powered by Foursquare). However, my little town only has two locations where I could bust ghosts, and I quickly grew bored with the repetition. 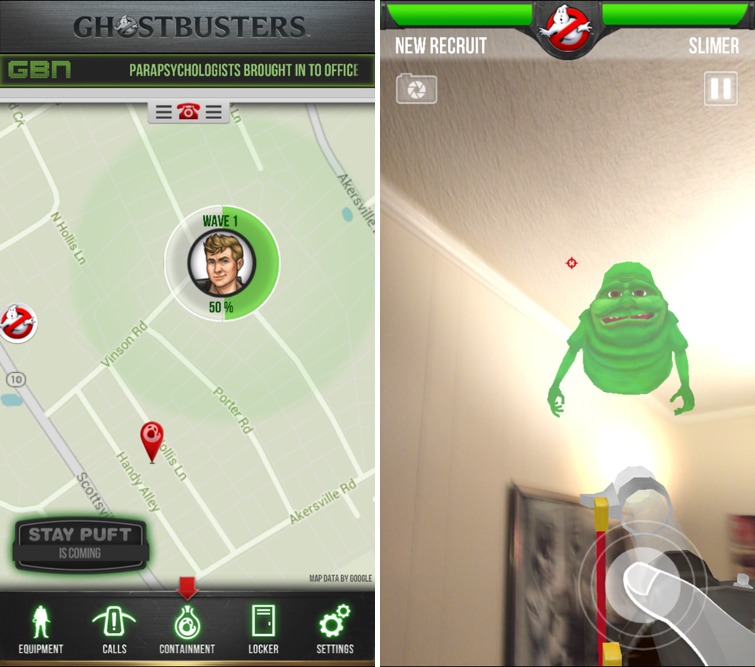 Second, there’s the official Ghostbusters game, but it’s Ghostbusters in name only. The gameplay is based on RPG-esque class mechanics, where each Ghostbuster performs a special function, like wrangling or healing. This immediately turned me off, as the gameplay isn’t the least bit related to the movie. It didn’t help that the gameplay felt slow, even on my iPhone 6. 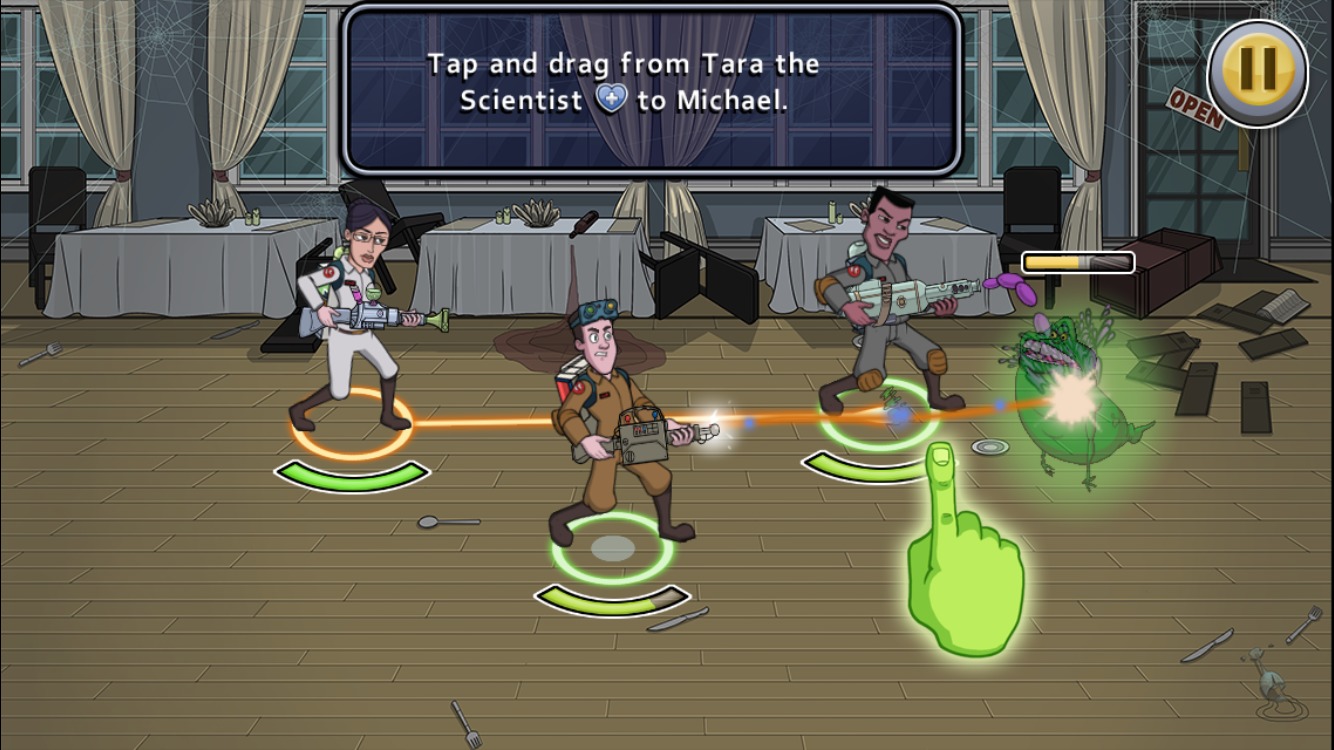 There’s also Ghostbusters Pinball, which is “free,” but you have to buy tokens to play. Unless you just love pinball and Ghostbusters, I would skip it. Even then, I would probably still skip it. Wait, I just did.

For the ultimate Ghostbusters experience in a game, check out 2009’s Ghostbusters: The Video Game, which is as close to a true Ghostbusters sequel as you will ever get, featuring the voices of Dan Aykroyd, the late Harold Ramis, Bill Murray, and Ernie Hudson. It’s not an amazing game, but it’s fun. Unfortunately, it’s not available on any of Apple’s platforms.

What amazes me is that after 30 years, kids and adults alike are still crazy about Ghostbusters, enough so to revive interest in a four-year-old iOS game. The question is if the new, all-female reboot that’s on the way will be true to the heart of the original movies. (I hope they can find a star as committed to the subject matter as real-life Ghostbuster Dan Aykroyd!)