iOS 8 gives developers many of the same capabilities that Google’s Android operating system has had for years. One of those is custom widgets in the Today View of Notification Center.

It’s early days for iOS 8, and developers are still learning how to take full advantage of their newfound freedom. Developer Mohammad Khoman has released what is probably the boldest Today View widget yet: the free Neato, which lets you tap quick notes into Notification Center and share them with other apps.

Apple forbids developers from calling the system keyboard inside widgets, so Khoman built his own. Tapping in the widget’s text input area displays his keyboard, and tapping the keyboard button in the upper left hides it. There’s also a Paste button to save you from typing, and a Clear button to delete what you’ve written. 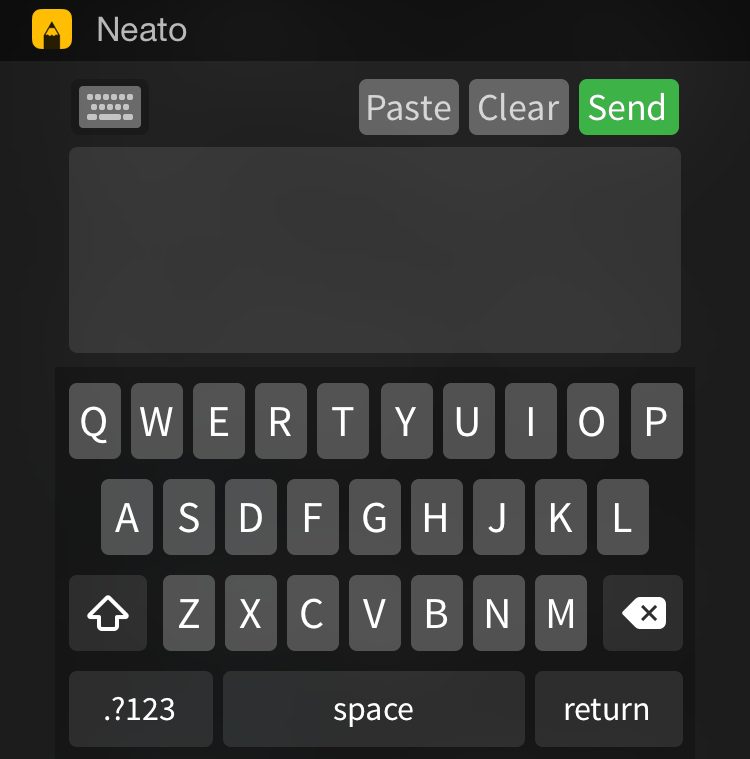 Neato does things Apple probably never expected widgets to do, so there are some rough edges. You can’t hold and drag in the text input area to move the cursor or select text. Nor can the widget create notes longer than three lines; exceeding that limit opens a rudimentary editor inside the actual app. Oddly, you can’t access this in-app editor from within the app itself. The only way to see it is to create a long note in the widget. 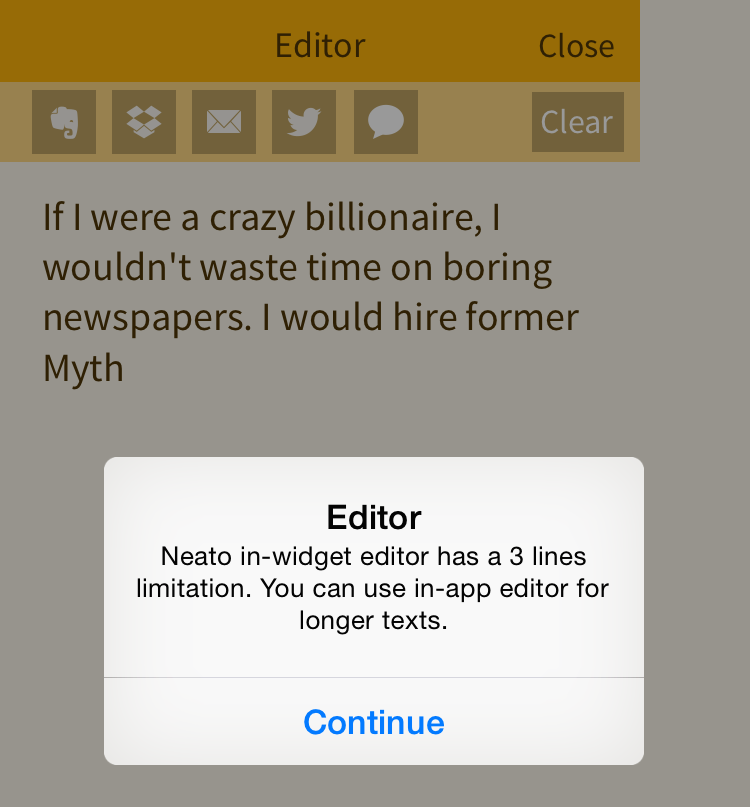 Once you’ve typed your note, tap the Send button to send the text to another app or service. You can send your note to Evernote, Dropbox, Mail, Twitter, or Messages. Sending a note to Evernote or Dropbox requires that you have first used the Neato app (not the widget) to set up links to those services (you only have to do this once for each service). 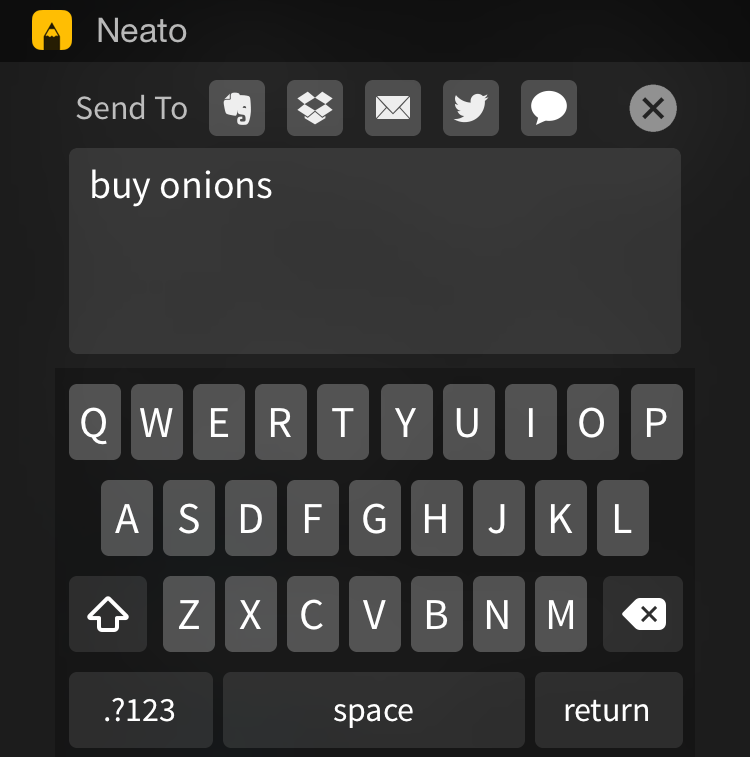 Speaking of which, if you choose to link Evernote and Dropbox to Neato, be aware that anyone with your iPhone could send notes to those services even while the iPhone is locked, unless you disable Today in Settings > Touch ID & Passcode (or Settings > Passcode if your device doesn’t support Touch ID).

If you send a note to Dropbox, you can find it in your Dropbox directory in Apps > Neato. Notes you send to Evernote are stored in the Inbox. Each note is saved to its own document, named with the date and time it was sent to the service.

There’s no way to add a note to an existing note. So if you wanted to add a book to a text-based reading list, you would have to add the note, and then manually copy and paste that entry into your list later.

Neato isn’t the most powerful or refined note-taking app for iOS, but I salute its innovative approach. I do wonder if Apple will let it remain in the App Store. James Thomson’s PCalc widget was already threatened, but Apple quickly backed off (for more on that, see “Apple Demands Removal of PCalc’s Today View Widget,” 29 October 2014). Neato pushes the limits of what widgets can do even further than PCalc, so it will be interesting to see how Apple navigates these waters going forward.

For more on Today View widgets in iOS 8, check out my new book, “iOS 8: A Take Control Crash Course.”