Firefox 33.1 — Back in October 2014, Mozilla released Firefox 33 with several improvements and new features. The biggest change was the addition of support for the OpenH264 video codec, which enables the Web browser to use Cisco’s open-source H.264 implementation to encode and decode video, thus bypassing the requirement to pay license fees to MPEG LA (for more background, see this blog post from Andreas Gal, Mozilla’s CTO). Additionally, Firefox 33 improved the speed of searches from the location bar, improved the reliability of Session Restore
(which prevents data loss after a crash or a restart), and slimmed down JavaScript strings to improve performance and save memory (read the complete release notes for version 33).

Last week, Mozilla updated Firefox to version 33.1 with two privacy improvements. Firefox now offers DuckDuckGo as a search option (to learn more, see “Search in Private with DuckDuckGo,” 20 August 2014) and gains a new Forget button that enables you to wipe out your recent browsing history. You can choose to clear history and cookies from the previous 5 minutes, 2 hours, or 24 hours. Firefox 33.1 also brings Enhanced Tiles (which appear on new blank pages) that replace the default screenshots of a Web page with an image or logo supplied by a partner Web site. All partner content will be marked as “sponsored,” and data for the aggregate number of impressions, clicks, and Tile
placement is collected by Mozilla. To turn off this “enhancement,” open a blank tab, click the gear icon in the upper right corner, and choose Classic to deactivate click and impression tracking — for more details, see this Mozilla blog post. (Free, 64.3 MB, release notes, 10.6+) 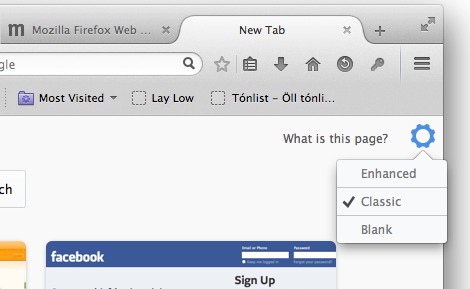 LaunchBar 6.1.5 — Earlier this week, Objective Development released LaunchBar 6.1.4 with a variety of bug fixes for the keyboard-based launcher. However, the in-app update for version 6.1.4 caused some users (including TidBITS staffer Michael Cohen) to lose all indexes. Objective Development quickly pulled that release and issued LaunchBar 6.1.5 soon thereafter, noting that the 6.1.5 should solve any issues of data loss experienced by those who applied the 6.1.4 update. LaunchBar 6.1.5 also adds support for third-party sharing services (accessible via the Actions indexing rule), automatically formats displayed phone
numbers, fixes an incompatibility with 1Password 5, squashes a bug relating to hovering above the action menu button in OS X 10.10 Yosemite, prevents the Command-A keyboard shortcut from creating a multiple selection when the item list is closed, and improves reliability of automatic index updates for some indexing rules. ($29 new with a 20 percent discount for TidBITS members, free update, 9.8 MB, release notes, 10.9+)