Smile has just released a new version of their PDF editing app for iOS — the $19.99 PDFpen 2 — and, as new versions generally do, it offers better performance and more professional features. It also offers something that heretofore has not been possible for apps sold through the App Store: a paid upgrade path. As we’ve discussed before, paid upgrades are essential for developers to fund ongoing software development. Plus, when developers can charge for upgrades, it gives them a significant incentive to meet the needs of current customers, rather than chasing new ones.

Here’s how it works: By making PDFpen 2 require iOS 8, Smile can continue to sell the older versions of PDFpen for iOS (there is one such app for iPhone and another for iPad). And because developers can now offer software bundles, Smile has created two bundles for owners of previous versions of PDFpen. The first is a $19.99 bundle that contains both the old PDFpen for iPhone along with the new PDFpen 2 (a universal app that runs on both iPhone and iPad). The second bundle, for owners of the old PDFpen for iPad, includes both the old iPad app and the new universal app: this bundle costs $21.99.

So, how do those constitute reduced upgrade prices? They work out as reduced prices because the App Store remembers all of your previous purchases, and it takes them into account when you purchase a bundle that contains an app you already bought: the App Store deducts what you paid for the previous purchase from the price you pay for the bundle. For example, if sometime in the past you had bought PDFpen for iPhone (which cost $4.99), you would pay only $15 for the PDFpen 2 Pack for iPhone instead of its $19.99 list price. If you had previously purchased PDFpen for iPad, the PDFpen 2 Pack for iPad would cost you $7 instead of $21.99, since your original payment of $14.99 for the older version of PDFpen for iPad would be deducted.

Because the new PDFpen, from the point of view of iOS, is a new app and not an upgrade to an older app, you can install it on your iOS device without first deleting the older version. And, in fact, you want to do that because when you launch the new app it migrates whatever files the old app kept in its private document storage to the new app. Once that one-time migration takes place, you can delete the older app. If you used iCloud with the previous versions, it’s even better: PDFpen 2 is completely compatible with iCloud and simply picks up the documents from iCloud Drive where they have been all along. It also now supports AirDrop. 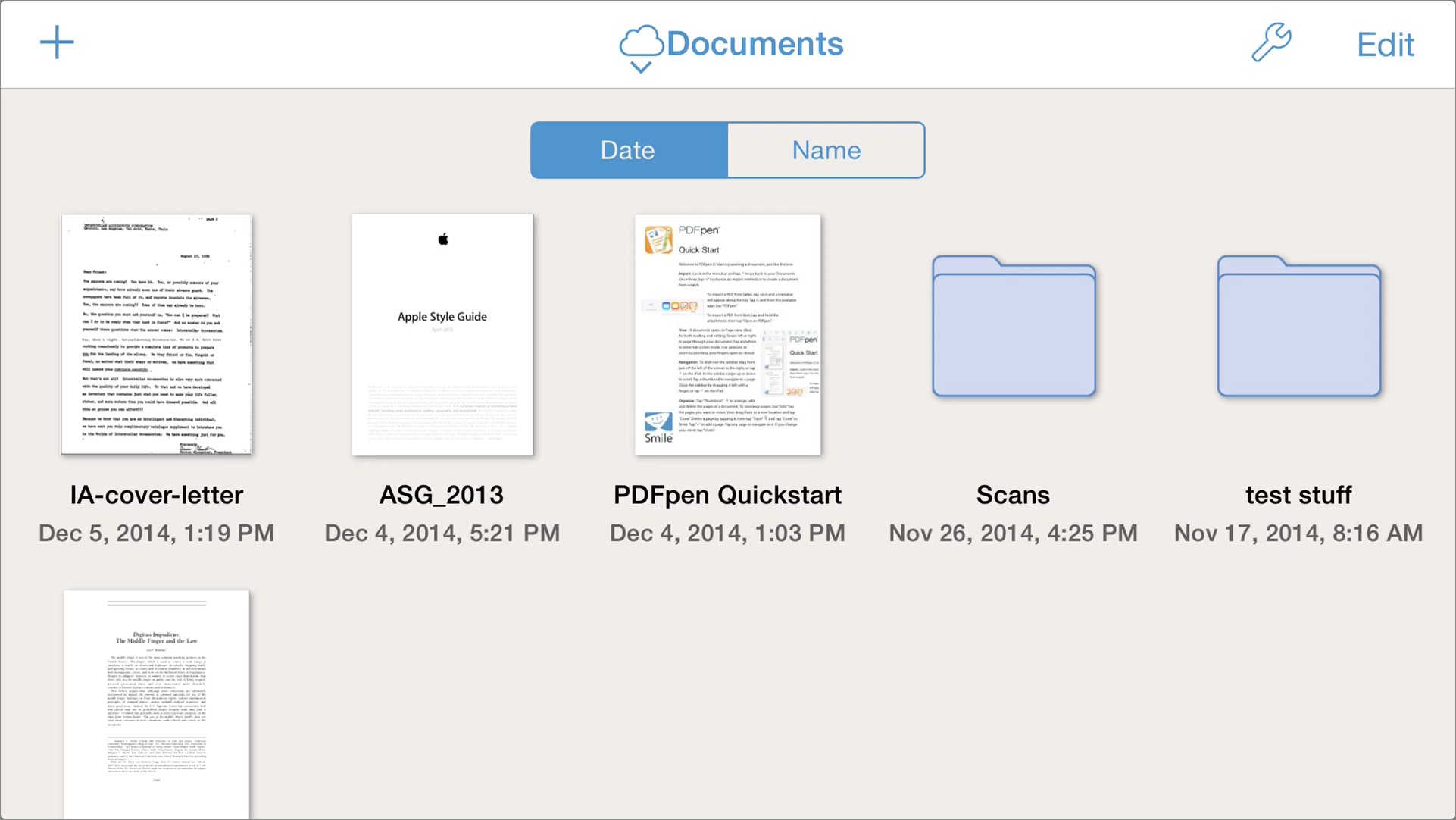 And what do you get in PDFpen 2 for your $7, $15, or $19.99? A faster, smoother, more capable app with a streamlined interface (note the enhanced toolbar). All the features in the older apps have been retained, and new ones have been added.

For example, the Object Library, with its useful collection of proofreading marks, has been retained, and a set of useful stamps has been added. Other enhancements, such as full support for encryption and Bates numbering (useful for legal documents) are now present in PDFpen 2. 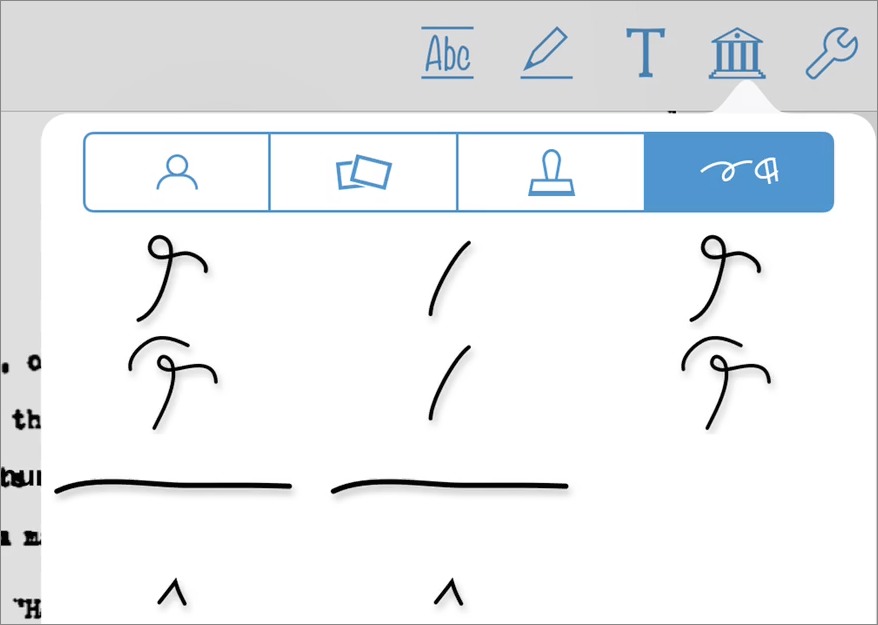 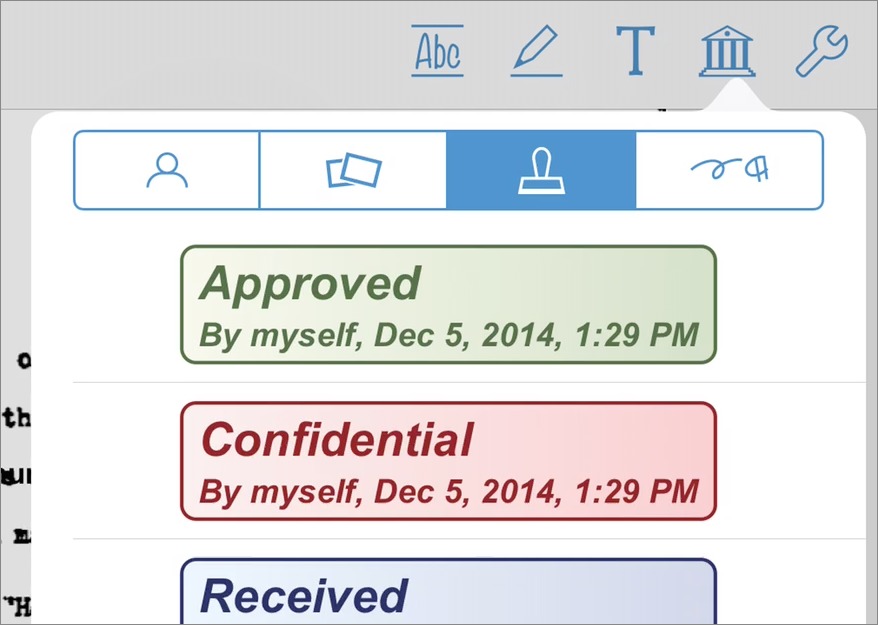 For those who like to use a stylus for marking up PDFs, PDFpen 2 now provides an adjustable palm-rest feature that shields part of the screen so you can rest your hand on it while scribbling without your device regarding it as a touch. (Speaking of styluses, PDFpen 2 provides support for several pressure-sensitive models.) 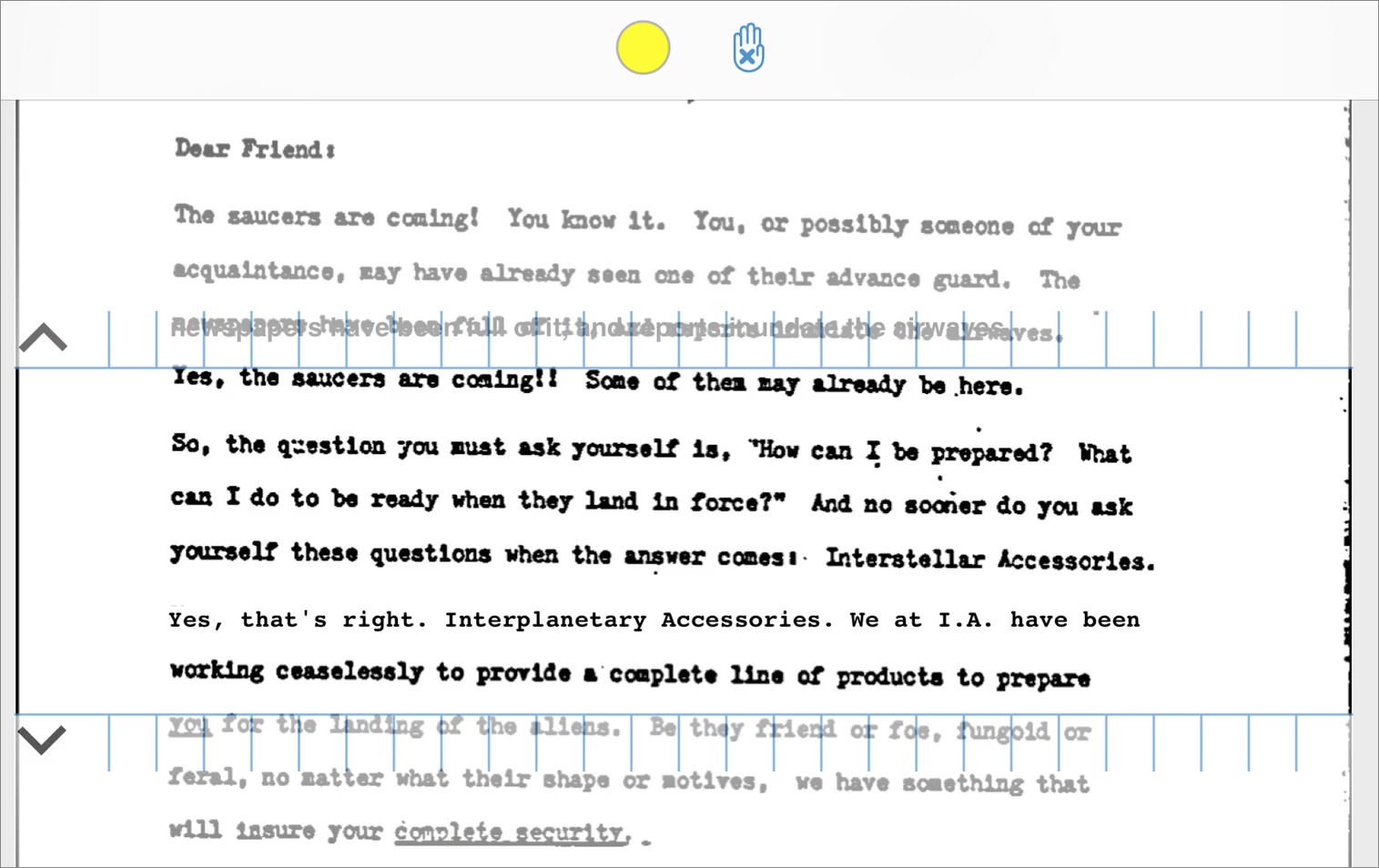 PDFpen’s annotation capabilities also see some enhancements. You can now view and navigate them within the sidebar, flatten them within PDFs on export for maximum compatibility with other PDF viewers, and set the annotation author name.

Not everyone, of course, needs a full-featured PDF-editing app on an iPad or iPhone. If all you want to do is read PDFs, iBooks is all you really need. But if you need to mark up PDFs while you’re on the go, Smile has delivered a polished professional PDF editor that works on any iOS 8-compatible device — even on an ancient iPad 2 (I know; I’ve tried it)!

All that, and upgrade pricing, too! Surely, that is something to smile about.