In the closing months of 2013, Apple introduced new versions of the iWork apps — Pages, Numbers, and Keynote — and bundled them for free with all new Macs and iOS devices. The initial joy sparked by the free apps was replaced with consternation when long-time users discovered that the revised iWork apps were complete rewrites, with fewer capabilities, new file formats incompatible with the old apps, and redesigned user interfaces (see “New Free iLife and iWork Apps Share across Devices and Platforms,” 22 October 2013).

But, where many saw chaos and confusion, Tonya and Adam Engst saw opportunity, one that would begin to satisfy the many reader requests they had received over the years for Take Control titles about Apple’s iWork apps. They decided to tackle Pages first, and, because I was available, interested, and had experience with word-processing and layout apps that stretched back to before the Mac was born, they tapped me to write it. We felt such a book would take a long time to finish, and that preparing it would be challenging because Apple had promised frequent updates to restore missing features and add new ones.

We devised a plan: to write an initial draft of a “Take Control of Pages” book that covered just the basics. We’d sell it as a “pre-book” and issue new installments regularly that would contain both revisions and new material. Purchasers of the pre-book, no matter when they bought their copies, would receive these new installments for free as they were released. Adam described the plan in TidBITS in “Experimenting with “Take Control of Pages” Pre-book on Leanpub” (3 February 2014) when Take Control Books released the first pre-book installment.

Seven installments, 1,100 readers, and nearly a year later, “Take Control of Pages” has grown up into a real book. Now that my work is done, I wanted to share with you some reflections based on the deep dive that I took into Pages.

It’s about iCloud and Multiple Devices — Yes, Pages on the Mac is a word processor and layout program that can suit the needs of a wide range of users, but if you’re using it only on a Mac and not taking advantage of its close integration with its iOS sibling apps and with iCloud, you’re missing Apple’s point. That is, Apple is using Pages to demonstrate to both developers and customers how iCloud serves not just as a digital hub for photos and music, but as a hub for documents, too, one that related apps running on any of Apple’s hardware platforms can use to provide a smooth (if not completely frictionless) user experience. If Apple’s long-term multi-device
cloud-based goal wasn’t apparent before the advent of Handoff in iOS 8 and OS X 10.10 Yosemite, it is now.

Rational people could argue about how well Apple is measuring up to its cloudy ambitions, or whether it’s heading in the right direction in terms of iCloud and multi-device compatibility. However it can’t be denied that, as it stands today, Pages does work as a multi-device cloud-based word-processing platform. Not perfectly, but well enough to be useful.

I had to rely on Apple’s multi-device cloud-based compatibility promise throughout the composition of the book. On many days I had multiple documents shuttling repeatedly between my Mac, two iPads, an iPhone, and the Pages Web app in Safari. Though I encountered various obstacles from time to time (frustrating when they happened, but always short-lived), I found that Apple had delivered on its promise.

This is part of Apple’s core strategy: the company wants to sell you multiple Apple devices, and one of the ways it hopes to sell them to you is to make you feel confident that you can get at your digital stuff from any of its devices — that, as much as anything, explains the new Pages.

It’s Deeper Than It Looks — The features that Pages lost from its previous version in the 5.0 rewrite provoked such loud outcries that it almost sounded like Pages had devolved into little more than TextEdit with a shinier interface. And make no mistake — a lot of stuff was lost. But what remained still had a lot of capabilities, though sometimes subtle and easy to miss. 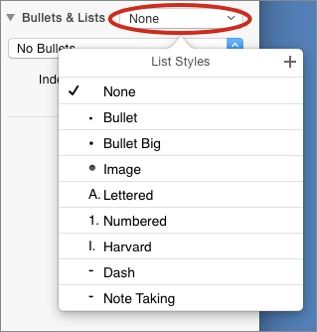 Or take object styles, which enable you to take an object, like a circle or photo, apply border settings, fill color, shadow, and what-have-you, and then save those settings as a style so that later you can apply the style to another object, such as a triangle or a pasted graphic. Voilà, the new object now has the same border settings, fill color, shadow, and what-have-you. 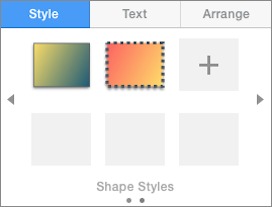 Pages 5 may not have all the bells and whistles of Pages 4, but it offers quite a few gongs and flutes of its own.

Stuff I Like — Then there were the features I just found fun or interesting to play with. One such feature is the ability to collaborate in real-time in Pages for iCloud. I’ve done such real-time collaborative writing using Google Docs scores of times, but for some reason doing it in Pages felt more comfortable to me. Perhaps it was the fact that I was working in Pages itself: not Pages for Mac, but the Web app at iCloud.com, which looks and acts just enough like Pages for Mac to make me feel at home.

I’ve grown fond of the single context-sensitive Inspector panel approach that Pages 5 takes. In Pages 4, I littered my screen with inspector windows so I could get to the settings I wanted quickly. Without a 27-inch iMac screen to hold all those windows and my document, I’d have been lost. In Pages 5, I can’t see all the necessary settings at once — but I can get quickly to the settings that are relevant to what I’m doing at the moment. And more important, I can work on a much smaller screen.

Stuff I Don’t Like — That’s not to say I’m totally a Pages fanboy. There are holes and instabilities that make me mutter bad words. For example, after a full year of Pages 5 updates, there is still no text-box linking, and no navigable document bookmarks. The lack of the former makes building a simple newsletter a more challenging task. Without bookmarks, you can’t make clickable cross-references, which is a show-stopper if you want to use Pages to produce anything but the most basic EPUB books.

There still isn’t a mail-merge function in Pages 5, although Apple has included just enough AppleScript support to make it possible. But unless you really want to roll your own mail-merge AppleScript feature for Pages, you have to go to an external site (albeit one recommended by Apple) to get the necessary script application, and you have to use a Numbers spreadsheet in conjunction with your Pages document. Clunky, kludgey, and very non-Apple-like.

Then there’s the Table of Contents feature, which does work, but, in my experience, not very reliably nor predictably: sometimes, Table of Contents entries don’t have the formatting they should. This is one area where Apple’s QA folk should devote some attention.

And, finally, explain to me why, at this late date, you still can’t edit formulas in table cells using Pages for iOS. Heck, you can do that even in the Web app!

Is Pages for You? — Who knows? It depends on what kind of work you need to get done and the people you work with. Obviously, if you work for a company that has standardized on Microsoft Office, you’d be foolish to use Pages for work, even though Pages is quite good at importing and exporting Word documents.

Nor is it the right tool for me much of the time, either, for that same reason. (In fact, I wrote “Take Control of Pages” in Nisus Writer Pro, since that app currently sits at the center of the Take Control publishing system.) But I’ve enjoyed using Pages this past year more than I expected to, and sometimes I find myself thinking up projects I can use it for. I wouldn’t hesitate to recommend it to anyone who wants to have a good general purpose word processor and layout app around for those times when such a thing would come in handy. Especially anyone who owns multiple Apple devices that it can run on.

If you do use Pages, I hope you’ll consider buying my book. It’s the most comprehensive documentation available about Pages 5.5 in Yosemite, Pages 2 in iOS 8, and Pages for iCloud, and I think you’ll find it useful when trying to figure out how the new and changed features in Pages work.

Meanwhile, I’m eager to see where Apple will go with Pages next.