Although the change lists for the new versions are relatively short, Smile seems to have done a lot of work on the apps’ internal architecture to integrate them into Apple’s OS X 10.10 Yosemite and iCloud Drive. Both PDFpen Mac apps now require Yosemite and have had their interfaces revised to match Yosemite’s visual style — most obviously by revamping toolbars and editing bars.

As far as iCloud is concerned, while Apple still requires apps to be sold through the Mac App Store if they are to offer complete iCloud access, the versions of PDFpenPro and PDFpen that Smile sells through its own online store are nonetheless completely capable of accessing and saving documents in iCloud Drive. The only iCloud-related features missing in the Smile-vended versions are the lack of an iCloud item at the top of the Favorites sidebar and the capability to share the PDFpen Library with the iOS PDFpen app
via iCloud. (Versions of PDFpen and PDFpenPro with complete iCloud access have been submitted to the Mac App Store, but are not yet available.)

Possibly the standout feature in PDFpen 7 and PDFpenPro 7 is the introduction of a new OCR Layer View. In previous versions of PDFpen and PDFpenPro, you could perform OCR on a scanned text document and search the resulting OCR text, but you couldn’t actually see it. Now you can, and, with PDFpenPro 7, you can even edit the text in that layer to correct it. 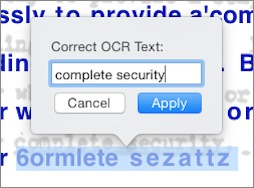 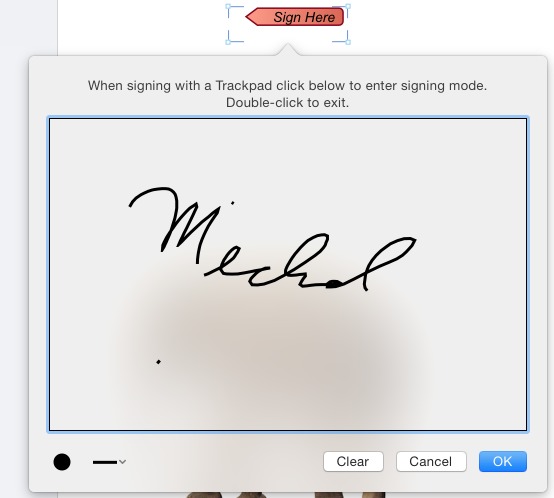 Rounding out the new feature list are revamped object property tools that offer easy-to-use color fill, stroke, and opacity controls; drawing tools that each retain their color settings between use; and (in PDFpenPro 7) the capability to export PDFs to Excel, PowerPoint, and PDF Archive (PDF/A) formats.

Unfortunately, these upgrade prices are available only through Smile; if you want to upgrade to a Mac App Store version of PDFpen or PDFpenPro with full iCloud access, you have to pay the full list price, because Apple does not support upgrade pricing in the Mac App Store, a long-standing sore point with many developers and customers. But if you simply need to sling files between your Mac and iOS devices via iCloud Drive, and can live without a shared PDFpen Library, the new versions of PDFpen and PDFpenPro sold directly by Smile will fill the bill.