Much has been said about how the forthcoming (in April 2015) Apple Watch will dominate the smartwatch market. But market leader Pebble Technology, which got its start on Kickstarter in 2013, isn’t giving up. Instead, the company, which has sold over 1 million smartwatches, is launching Pebble Time, a new smartwatch with a color e-paper screen, 7 days of battery life, a new timeline interface, and a microphone, all wound up in black, white, and red colors. 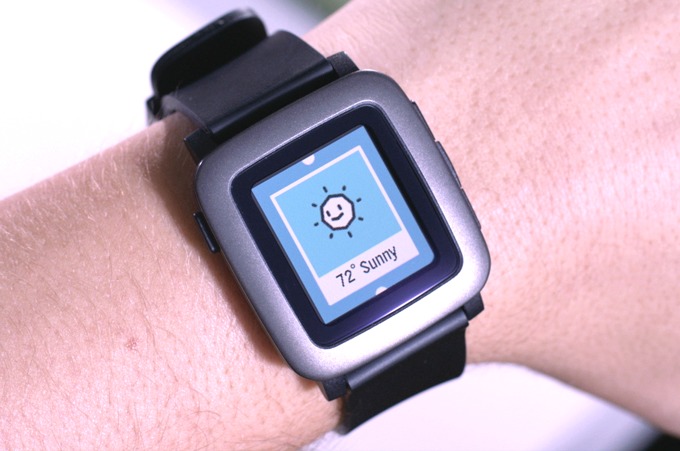 Although the company says that Pebble Time is nearly done, it’s still “launching” via Kickstarter, where the campaign’s $500,000 goal was met in 18 minutes by 2,850 backers. In essence, the Kickstarter campaign is largely a way to pre-sell the Pebble Time at a discount before the Apple Watch ships — 10,000 people will get the Pebble Time for $159 instead of the $199 retail price, and tens of thousands more can get it for $179. Pebble promises the Pebble Time will ship in May 2015 to the first 50,000 backers; subsequent backers are
being promised June 2015.

It’s interesting to see where Pebble is focusing its efforts, since the company is clearly trying hard both to compete with the Apple Watch and to put the Pebble Time on a different path. Notably:

In the 45 minutes it took me to write this article, the Pebble Time Kickstarter campaign exceeded $1.6 million and was over 9,000 backers. After only 5 days, Pebble has raised $11.9 million from over 54,000 people. Those numbers may be chicken feed to Apple, but for a small company like Pebble, that’s confirmation that they’re still producing a smartwatch people want, even when faced with the near-term release of the Apple Watch.