Apple’s 18-karat Apple Watch Edition turns out to be just the tip of a gold-plated spear. Apple today announced additional gold products that will accessorize existing items in its family.

Pick Up the Gold Courtesy Phone — When Apple originally introduced the Apple Watch Edition, we knew a matching gold iPhone was sure to follow. Of course, there’s already an iPhone in gold-tinted aluminum, but the Apple Edition iPhone 6 and Apple Edition iPhone 6 Plus use 18-karat yellow or rose gold in place of aluminum. They come in the same configurations as the existing models, and prices begin at $20,000 for a 64 GB iPhone 6 and top out at $22,000 for a 128 GB iPhone 6 Plus. (Apple is wisely not offering 16 GB configurations for the Edition models.) 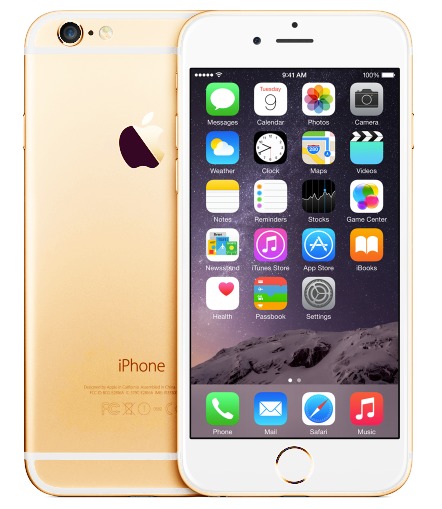 The problem with a gold-encased iPhone, however, is the risk of damage due to dropping. The last thing a customer would want to do after buying a gold iPhone is to hide the precious metal with a leather case, so Apple is also offering a clear polycarbonate case developed to the company’s exacting standards for strength and clarity. The iPhone Edition Clear Case costs $129.

Golden Ear — At the most affordable end of the yellow- or rose-hued spectrum, Apple is introducing Apple Edition EarPods, solid 18-karat gold earbuds. The cabling is still Apple’s iconic white, but the earbuds themselves are solid gold. 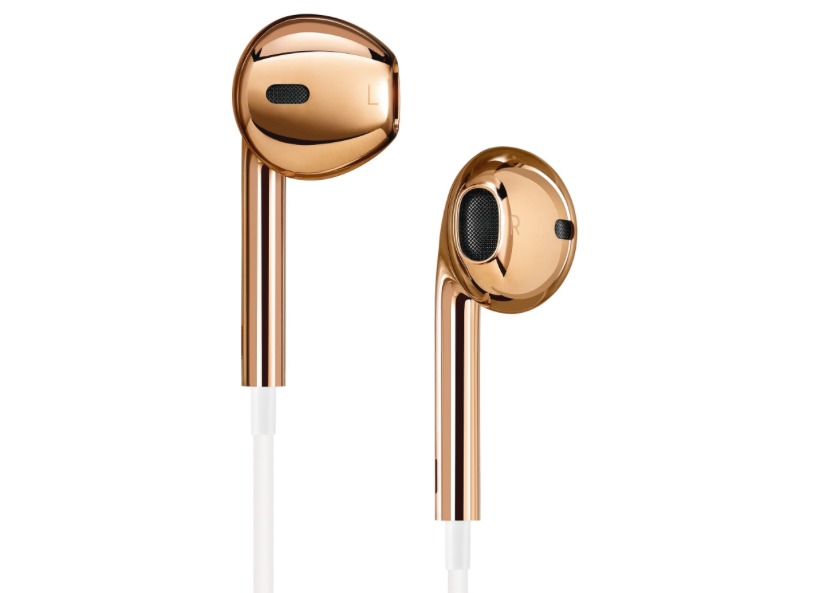 These aren’t the first gold EarPods we’ve seen. Jony Ive and Marc Newson’s Project (RED) charity auction in 2013 featured a single set of gold EarPods that sold for an amazing $461,000. No doubt designing products for that event represented the first steps in developing the gold formulations for the Apple Watch Edition. You’ll be able to snag a pair of Apple Edition EarPods for the comparatively low price of just $2,000 in either rose or
yellow gold finishes.

Apple is also making an accessory push back into the audio field. No, not a gold version of the iPod Hi-Fi, but the cables that connect audio components. The new Apple Edition Beats by Dr. Dre Solo G headphones feature gold-plated (not solid gold, purely because of the weight) earcups and gold accents on the connecting headband, and sell for $3,000. 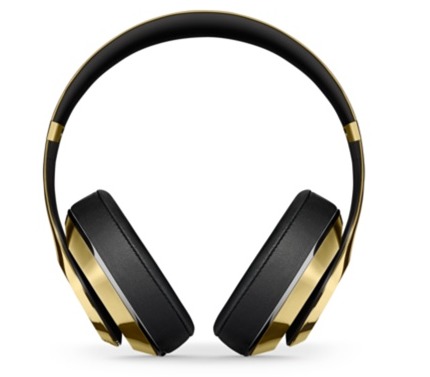 Apple is taking pains to mention two significant technological advances in the headphones. The acoustic components have been completely redesigned by the same team that improved the EarPod technology, leading to “richer, fuller sound across all audible wavelengths.”

More significantly, the headphones incorporate 18-karat spun gold internal wires instead of traditional copper cabling. Although reminiscent of Monster’s absurd gold-plated cables, Apple is touting this new solution as superior. According to the company, sending audio signals end-to-end over gold dramatically reduces the amount of signal loss compared to typical audio cables; products made by “competitors” (Apple refuses to mention other companies by name) lose fidelity when bridging between copper internal wires and the gold or gold-plated connectors.

Golden Delicious — Apple isn’t limiting its new bling to wearables, promising both the Apple Edition Mac micro (for full details, see “Mac micro Redefines Desktop Mac Sizing,” 1 April 2015) for 24 April 2015 and the new Apple Edition Mac Pro for 1 June 2015. The cylindrical Mac powerhouse is plated with 18-karat rose or yellow gold, rather than being made of solid gold, to take advantage of the aluminum thermal core developed to funnel heat away without a traditional array of heat sinks and fans. 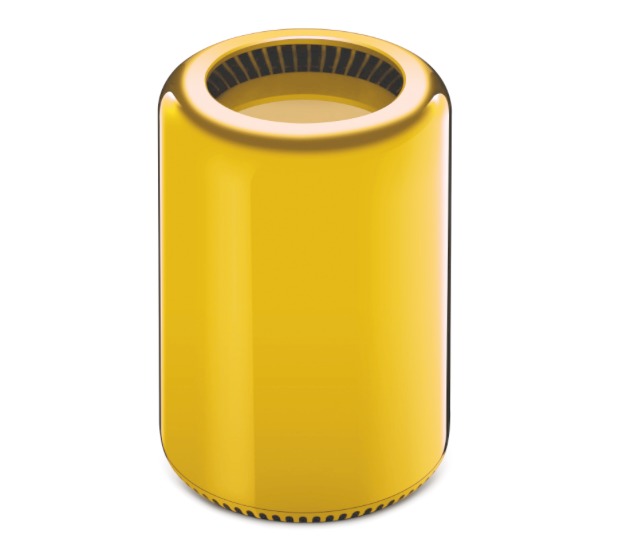 This variant also has a predecessor from the Project (RED) auction, a red-tinged aluminum model that sold for $977,000 to former Apple executive and Nest designer Tony Fadell.

“Jony Ive has been designing our computers to look good from every angle since the Twentieth Anniversary Mac,” said Apple CEO Tim Cook. “A Mac is the best personal computer you can put onto a desk, but it’s also a personal statement.”

Apple reportedly considered producing a gold iMac, but decided not to due to the amount of gold required to cover the large surface area on the back of the case that wasn’t generally visible. Also, according to sources at Apple, Ive and his team were not happy with the fact that people would inevitably attach Post-it notes to the gold finish below the screen.

Similarly, Apple is keeping the gold on its laptops limited to the anodized gold aluminum variant currently offered on the new 12-inch MacBook (see “New 12-inch MacBook Joins Updated MacBook Air and MacBook Pro,” 9 March 2015). Although a solid gold MacBook would be stunning, it would also be a weighty model in a line of devices known for being thin and light.

A Golden Sunrise — These gold products represent an intriguing new approach for Apple, which has no doubt long been frustrated to watch companies such as Brikk take its intricately designed products and festoon them with gold and diamonds. Just as Apple decided to start making its own iPhone cases rather than let third parties control the entire market, Apple is now offering luxury versions of its products in ways that only Apple can deliver.

Apple has discovered gold in them thar hills above Cupertino, and it’s going to mine it for all it’s worth.