Photos for Mac is here at last! Apple has released OS X 10.10.3, which includes the successor to both iPhoto and Aperture, both of which have unsurprisingly been removed from the Mac App Store. You can obtain the OS X 10.10.3 update via Software Update — it was a roughly 2 GB download — and it is also available as standalone delta (1.52 GB) and combo (2 GB) updaters from Apple’s Support Downloads site.

For full coverage of Photos for Mac, see Jason Snell’s description in “Initial Impressions of Photos for OS X Beta” (9 February 2015) — nothing significant seems to have changed from the beta. Our own Jeff Carlson also reviewed Photos for Macworld; his conclusion is that it’s faster than iPhoto but less powerful than Aperture.

Be sure to check out the early-bird version of Jason’s “Photos for Mac: A Take Control Crash Course,” which helps you decide whether to transition to Photos right away, walks you through importing your iPhoto and Aperture photo libraries, and explains how to handle key organizational tasks. A free update in May will add coverage of iCloud Photo Library, editing and sharing photos, creating prints and other projects, and more. We’ll have more on iCloud Photo Library soon; we strongly recommend holding off on it until then.

The other notable visual change in 10.10.3 is the addition of over 300 new emoji characters and a new emoji picker that displays emoji in a single, scrollable list. The highlight of the new emoji characters is the addition of more diverse symbols to represent various ethnicities and same-sex couples. Some emoji now feature various skin tones, which you can select by clicking and holding an emoji, and then selecting your preference from the popover. There are also new emoji for the Apple Watch, as well as new flag emoji. 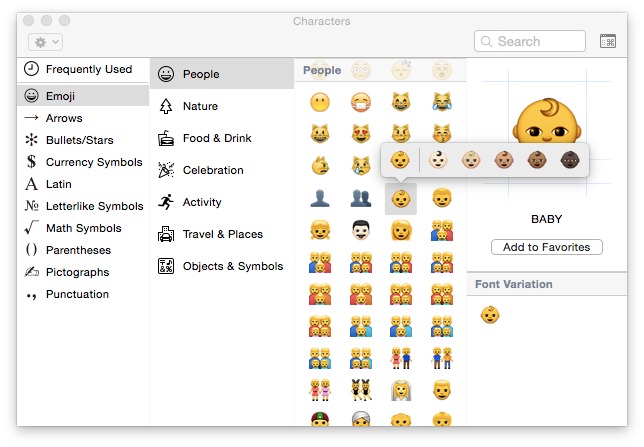 Here’s a neat Easter egg: OS X 10.10.3 now displays the Raised Hand With Part Between Middle And Ring Fingers emoji, which you might also know as the Vulcan salute from Star Trek. Presumably, this is a tribute to the recently deceased Leonard Nimoy, who portrayed Spock. However, you will not find this emoji in the keyboard, so if you want to tell a friend to live long and prosper, you’ll have to search for it and then copy and paste.

Reader Henrik Munster reports that OS X 10.10.3 also solves a problem for users of recent TomTom GO GPS car navigation devices, which require a USB connection to a Mac to download frequently updated maps and software. In 10.10.0 through 10.10.2, disconnecting the GPS after an update always resulted in a kernel panic; that no longer occurs in 10.10.3.

OS X 10.10.3 also fixes a potential privacy issue where Safari would save the Web site favicon URLs used in Private Browsing, which left a trail that could indicate which sites you had visited. Safari in 10.10.3 also “improves stability and security.”

Other changes include improved Wi-Fi performance and compatibility (fingers crossed that Apple has finally fixed the Wi-Fi problems that have bedeviled some Yosemite users), a fix for an issue that could cause some Bluetooth devices to disconnect, and improved screen sharing reliability. Plus, Apple added Spotlight suggestions (such as Wikipedia) to the popover that appears when you Control-click a word and choose Look Up. 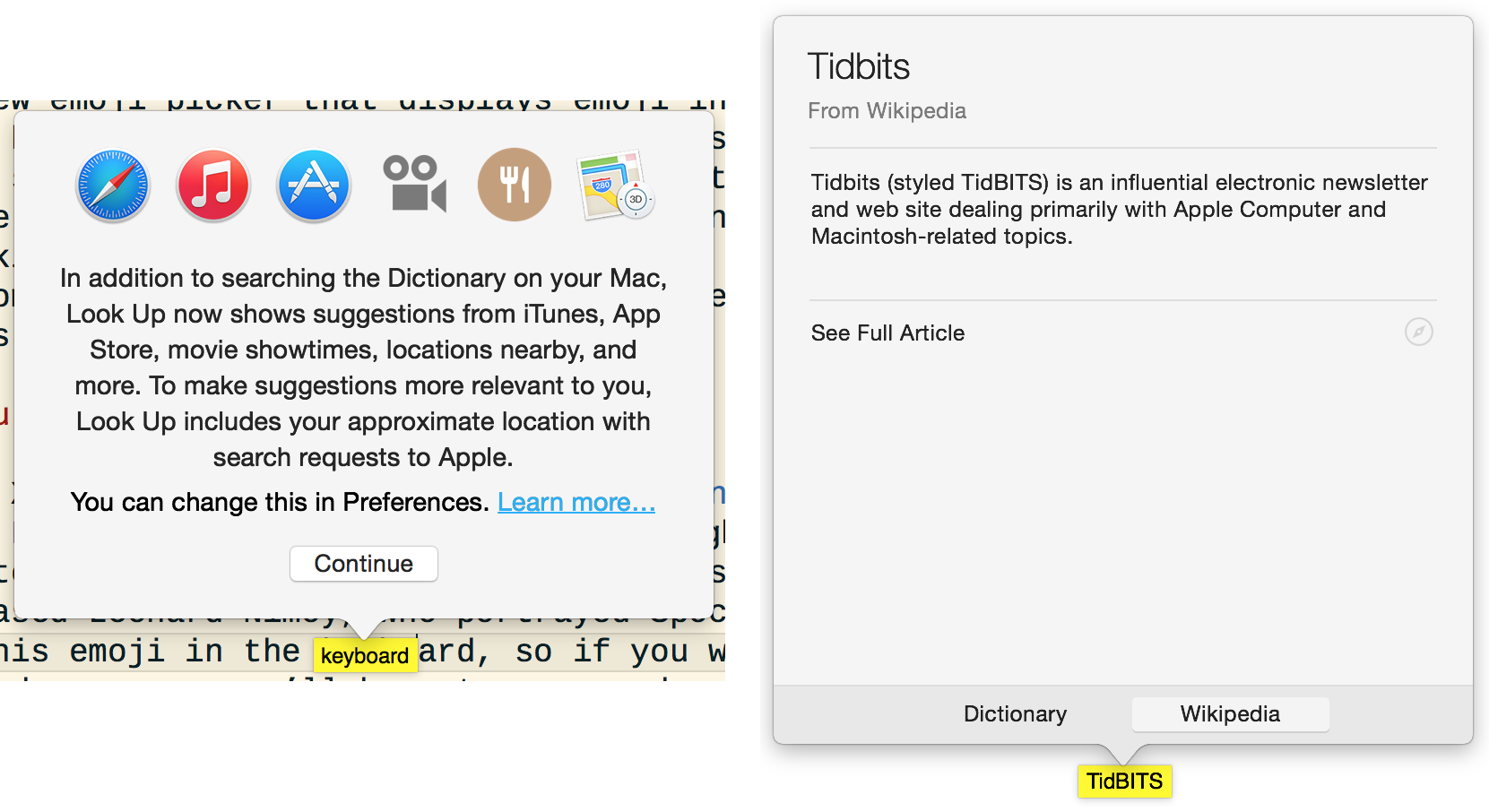 Apple also calls out changes in 10.10.3 for enterprise users, including a fix for Active Directory-bound Macs that become unresponsive at startup, the capability to set a umask that’s respected by graphical apps, and bug fixes for installing configuration profiles for 802.1x with EAP-TLS and for disappearing folders from DHS share points.

The 10.10.3 update also includes a number of security fixes for command-line utilities, CoreAnimation, graphics drivers, the system kernel, OpenSSL, and other key systems.

Should you update to 10.10.3 right away? If you want to give Photos a try, you must — Photos is available only with the new release. But it’s never a bad idea to wait a few days.

TidBITS publisher Adam Engst didn’t have the best experience initially — his installation hung at the very end, and he had to power down his 27-inch iMac with Retina display to get out. Everything seemed to come back up fine, but right after the update, the fans in his iMac and 27-inch Thunderbolt Display were a little loud for the first time that he has noticed.

A possible explanation comes from reader Steve Nicholson, who pressed Command-L during the installation to show the installer log, which revealed that the installer was “moving everything from Recovered Items /usr/local to /usr/local at the leisurely rate of about 8–10 files per second on an SSD.” He reported that it took a long time, but finally finished without any errors. To see what Unix apps you have in that directory ahead of time, switch to the Finder and choose Go > Go to Folder (Command-Shift-G), type /usr/local and press Return.