The Apple Watch became available for pre-order on 10 April 2015 at midnight Pacific time. Living on the east coast, where we’re 3 hours ahead, that was going to mean a 3 AM wakeup time to pre-order, and honestly, I’m way too jaded for that. Our “Apple Watch: A Take Control Crash Course” has sold only about half as well as the extremely popular “Photos for Mac: A Take Control Crash Course,” so I was betting that I’d be able to get up at 7 AM or so and still be able to pre-order the Apple Watch models Tonya and I wanted, which has worked for the last few iPhone releases. Boy, was I wrong.

I had brought my MacBook Air into the bedroom just in case I happened to be up early, and wouldn’t you know, our overachieving teenager woke us up at 3:04 AM by printing some homework he’d just finished. (Clearly, the printer has to move further from the bedroom; the problem of him working until 3 AM is another issue.) So I blearily leaned over, opened up the MacBook Air, squinted in pain until I was able to hammer the screen brightness to minimum, and navigated to the Apple Store. We quickly picked the 38mm Apple Watch Sport with a blue band that Tonya wanted, and then went to add the 42mm Apple Watch Sport with black band that I’d identified as the only color I liked. That’s where the trouble started. 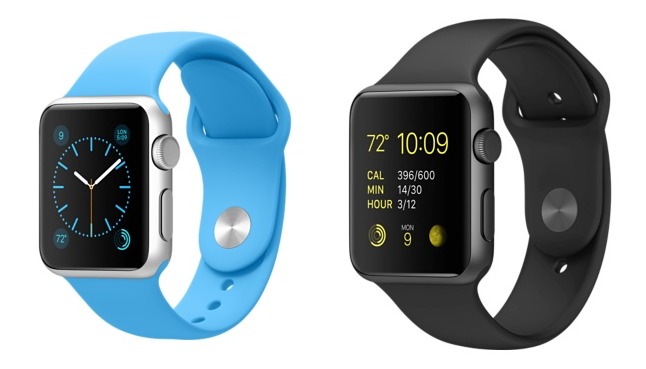 Tonya’s Apple Watch had a delivery window between 24 April and 8 May, whereas mine said 4–6 weeks. I didn’t want to wait that long — the entire point of pre-ordering is to have the Apple Watch soon enough that we can write and talk about it knowledgeably in TidBITS and Take Control. So I started looking at other colors and realized in a few minutes that the only 42mm Apple Watch Sport models that were available right away were those with the chartreuse green and salmon pink bands, which I find ugly beyond belief (the
availability differences indicated that others agree with me). It’s hard to remember at this point, but a few of the more expensive Apple Watch models might have still been available; I couldn’t justify several hundred more dollars just to get early delivery on a product that I don’t think I’ll be wearing in a year or two (probably because it will be replaced by a newer model, but who knows, maybe I won’t want to wear it in general). 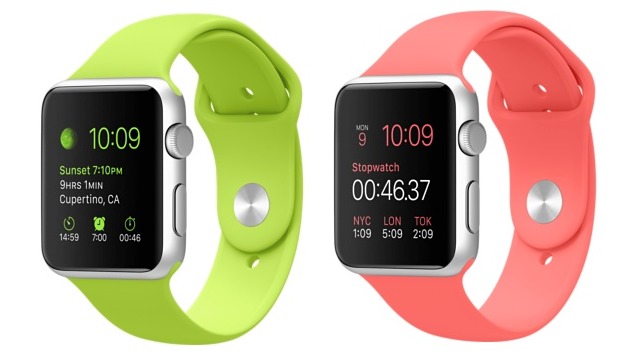 I was about to settle for the 4–6 week delay on the 42mm black model, but when we went to check out, the delivery estimate on that one had advanced to June, which was just too far out for my professional needs. So I compromised on the size, settling for a 38mm Apple Watch Sport with a white band, which I consider dopey looking, but not embarrassing. I thought about seeing if I could buy a separate band in black, but even the standalone bands were also offering only a June ship date. We didn’t get AppleCare+ for an extra
$49 each (or $69 for the stainless Apple Watch; it’s a whopping $1,500 for the Apple Watch Edition). I’m hoping third-party bands appear soon — clearly I’ll need to review some to replace Apple’s white plastic band. 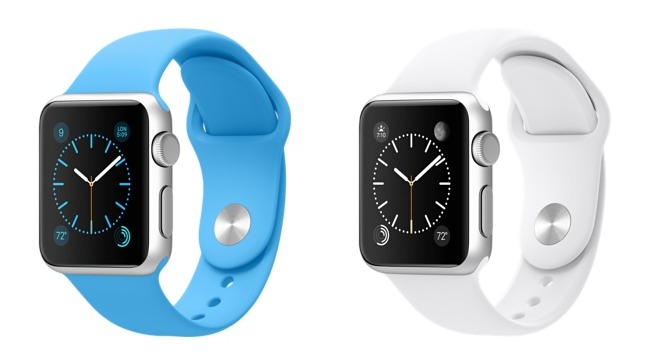 I’d like to say that we then turned over and went back to sleep, but after shopping for 20 minutes, a good night’s sleep was pretty much out of the question. That’s the other reason I seldom play Apple’s silly pre-order game.

After dragging myself out of bed in the morning, I went to check the delivery estimates to see what that might say about popularity of different models and bands. All of the 38mm and 42mm Apple Watch Sport models were showing a June delivery window, Apple’s third window after the initial shipment and the 4–6 week shipment. It seems safe to say that the Apple Watch Sport models are more popular than the more expensive Apple Watch models, because all but three of the 38mm Apple Watch models were still promising a 4–6 week delivery. (Those three are the models with the soft pink modern buckle, the one with the midnight blue modern buckle, and the space black case with space black stainless steel link bracelet.)

By the same logic, one could conclude that more men than women are pre-ordering the Apple Watch models. That’s because all the 42mm models for larger wrists are estimating June delivery, with the sole exception of the 42mm space black case with space black stainless steel link bracelet. At $1,099, it’s the most expensive of the stainless steel models and one of the most masculine looking, and anyone who wants to pre-order one online will have to wait until July to get it. Perhaps the retail Apple Stores will have more.

Was the pre-order bungled? One might think that Apple’s goal would be to have enough of every model to meet demand, but with a situation like this, where all Apple Watch models have the same capabilities, Apple may be playing a game with restricting stock of certain models to increase desirability.

It’s also possible that Apple is holding a vast number of Apple Watch units back from the online orders to be able to stock retail Apple Stores with a sufficient quantity of each model. That’s a lot of SKUs — stock keeping units, or distinct types of items for sale. Since many people are going to want to try on the different bands and see the colors in person, retail Apple Stores will likely be seeing a lot of traffic in the next few weeks and months.

Of course, it’s easy to assume that the near-instant sellout of certain models indicates extreme enthusiasm from customers, but there are two sides to that equation. Apple may simply not have made enough — ex-Macworld editor Rob Griffiths joked on Twitter, “Based on revised shipping estimates, it appears Apple had a pre-assembled inventory of roughly 12 watches, perhaps as many as 15.”

Until Apple releases sales numbers, all we know is that sources told The Wall Street Journal that Apple wanted suppliers to make five to six million units in the first quarter (though that article made some other statements about the Apple Watch Edition that stumbled when followed through to their logical conclusions — see “How Much Gold Will the Apple
Watch Edition Consume?,” 24 February 2015). Whether suppliers met Apple’s goals is unknown.

If supply is the constraint, it may just be a case of being early in ramping up manufacturing. Any new product comes with manufacturing challenges, and the fine tolerances needed by the Apple Watch undoubtedly present even more, so it’s entirely likely that Apple is seeing a low yield of units that meet the company’s exacting requirements.

Regardless of what’s really going on, if past performance is any indication, Apple will have worked through any availability constraints within 3–6 months, certainly in time for the holiday shopping season at the end of the year, and you have to assume that the company had that in mind.