Apple has released iOS 8.4 alongside the company’s promised Apple Music service. You can download the update via Settings > General > Software Update or through iTunes.

The first thing you may notice in iOS 8.4 is the funky new Music icon. But the changes go beyond just the icon: the entire Music app has been redesigned around Apple Music. When you first launch Music after updating, you will be asked if you want to sign up for the three-month Apple Music trial. You can skip this if you like. 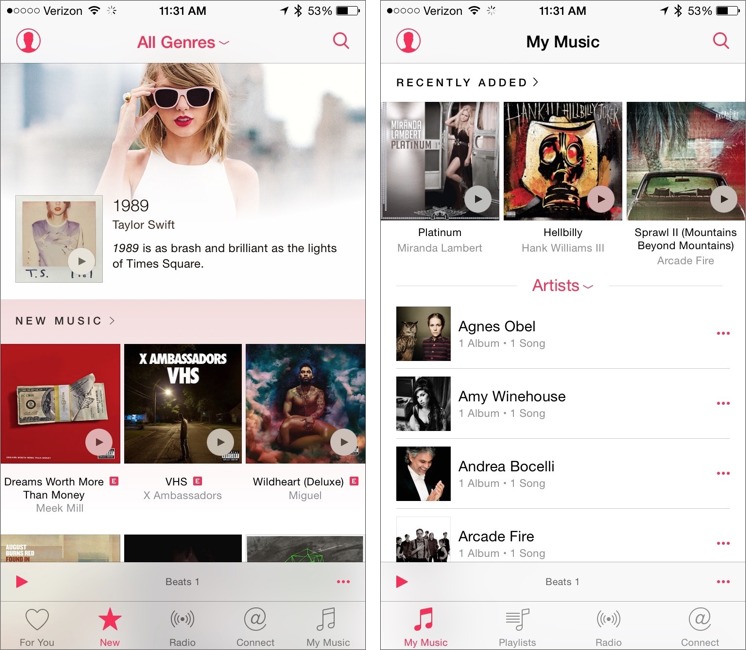 If Apple Music is disabled, then there are just four views: My Music, Playlists, Radio, and Connect. Despite being part of Apple Music, Radio and Connect are free for everyone. You can turn Apple Music on and off in Settings > Music > Show Apple Music.

There are other refinements in Music as well, such as a MiniPlayer, which lets you keep on eye on what’s playing as you navigate the app; Up Next, which lets you see and rearrange queued music; and Recently Added, which displays recently added songs and playlists in My Music.

But all the love didn’t go to Music; iBooks also sees some major improvements. iBooks now supports audiobooks, enabling you to purchase and play them within iBooks on your iOS device. Also, books created with iBooks Author (also known as “Made for iBooks”) now work on the iPhone in addition to the iPad. You can now pre-order a book series directly from your library. Other miscellaneous improvements include better accessibility of widgets, glossary, and navigation in books made with iBooks Author, and a new default Chinese font. iOS 8.4 also fixes bugs that prevented Hide Purchases and iCloud book downloads from working.

In other bug fixes, iOS 8.4 resolves the problem where a specific series of Unicode characters could cause devices to reboot, fixes a bug that prevented GPS accessories from providing location data, and addresses an issue where deleted Apple Watch apps could reinstall themselves.

As always, there are oodles of security fixes.

We’re not hearing of any early problems, so it’s probably safe to install whenever you have the time.