Voila 3.9 — Global Delight has released Voila 3.9, which introduces iOS screen recording for video captures from your iPhone, iPad, or iPod touch — complete with voiceover. Simply connect an iOS device with iOS 8 to a Mac running OS X 10.10 Yosemite using a Lightning connector, and start recording. Voila 3.9 also adds the capability to record video through the Mac’s FaceTime camera as well as supported external webcams, enables access to the Object Capture option during selection captures (by pressing the Option key), adds export capability to the new Photos for Mac app, resolves SFTP authentication problems, and
removes the Spray tool. ($29.99 new from Global Delight with a 25 percent discount for TidBITS members or from the Mac App Store, free update, 28.6 MB, release notes, 10.8+)

Typinator 6.6 — Ergonis has released Typinator 6.6 with a number of improvements to the text expansion tool, which is celebrating the 10th anniversary of its release. The update no longer clears the search field when closing the Typinator window, improves how the app checks for updates, reduces memory requirements when idle, works around a problem with expansions in certain Save As dialog windows, improves detection of situations that require special expansion techniques, and now works with Pinyin input methods for Chinese. To celebrate its 10th anniversary, Ergonis is offering a 25 percent discount on new
purchases before 15 July 2015 (which covers Typinator as well as PopChar and KeyCue). (€24.99 new with a 25 percent discount for TidBITS members, free update, 7.0 MB, release notes, 10.6.8+)

Beyond the new iTunes icon, the app’s Music section gets a makeover with Apple Music’s For You, New, and Connect views joining My Music, Playlists, iTunes Store, and a revamped Radio at the top. If you signed up for the three-month Apple Music trial via iOS and are signed into iTunes using the same credentials, you can start accessing Apple Music and Beats 1 immediately. If you haven’t yet signed up for the trial, you can do so in iTunes in the For You tab. (If you choose not to sign up, you can still listen to the Beats 1 radio service, but you won’t be able to access any of the streaming music titles listed in the New tab.) 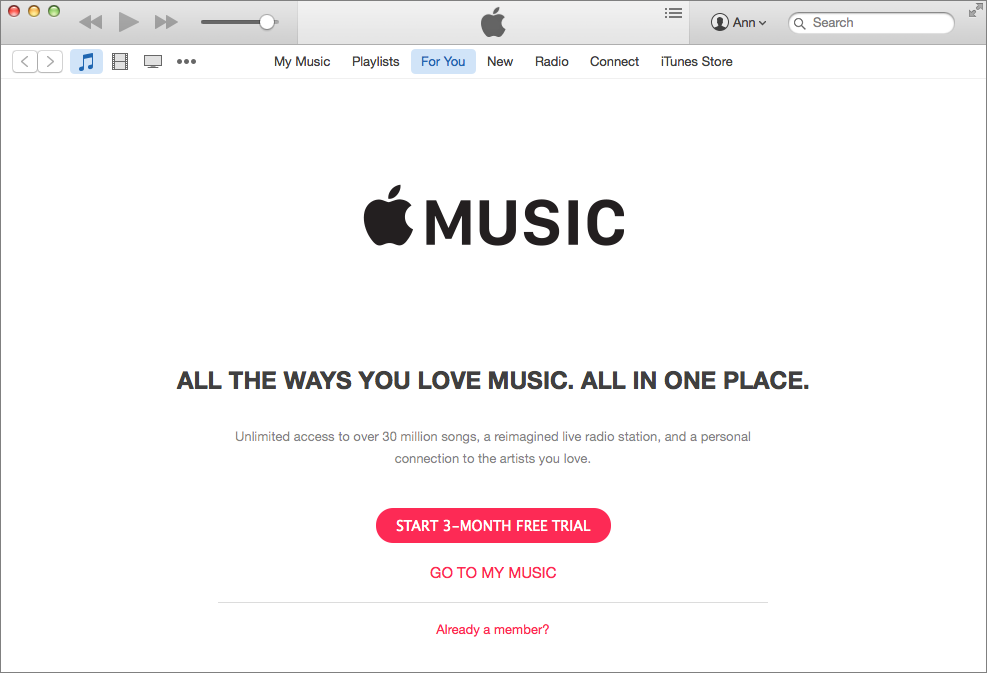 The For You view is where you’ll find recommended new music based on your tastes; the New view is Apple’s showcase of new releases; the Radio view is the home of the new Beats 1 radio station, as well as your iTunes Radio stations; and the Connect view is Apple’s new social platform for following your favorite artists. You’ll still be able to find music stored in your Mac’s iTunes library in the My Music and Playlist views. 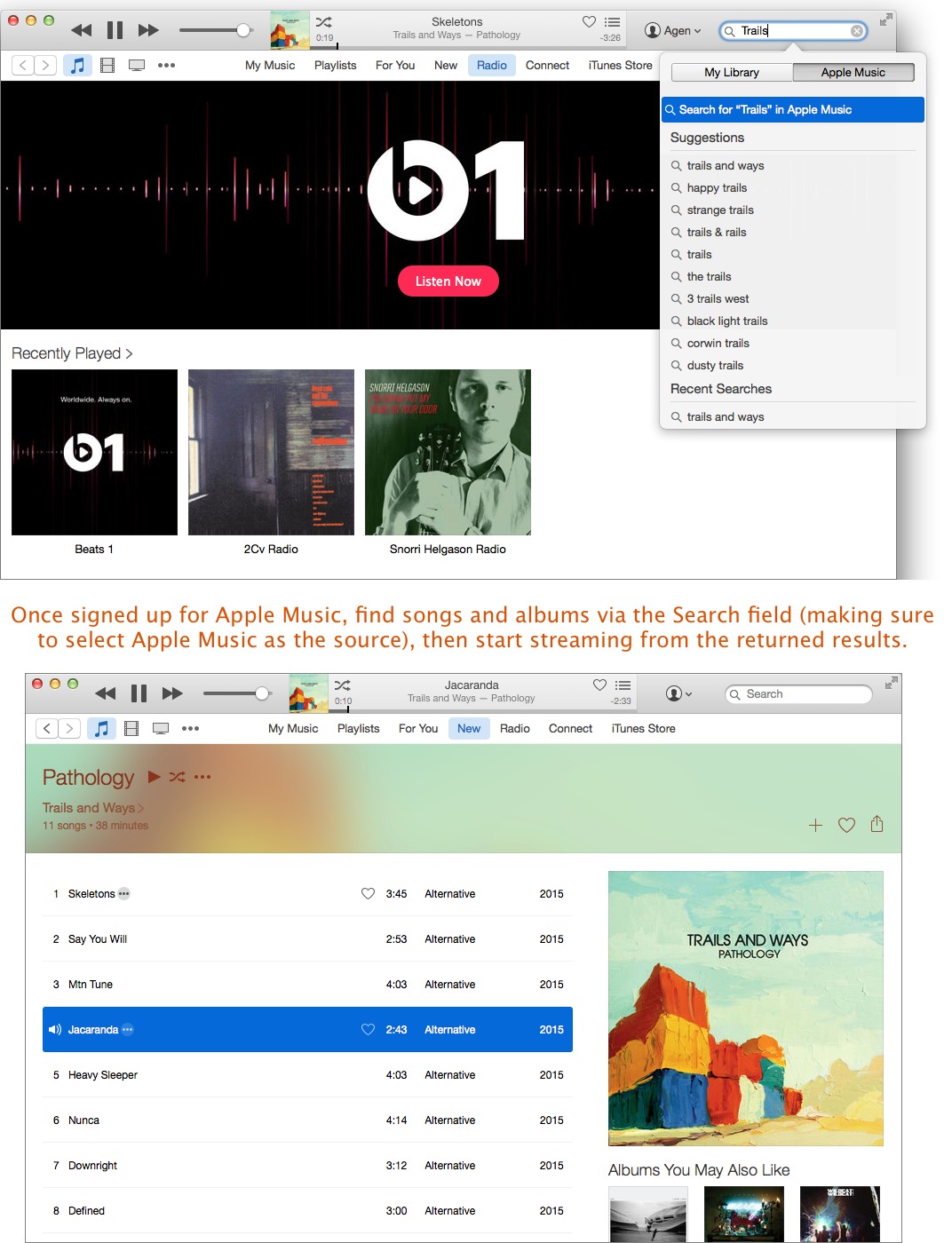 Security Update 2015-005 — Apple has issued Security Update 2015-005 for OS X 10.8 Mountain Lion and 10.9 Mavericks, mirroring many of the security fixes that are included with the concurrently released 10.10.4 Yosemite (see “Apple Improves Networking in OS X 10.10.4,” 30 June 2015). The lengthy list of patched vulnerabilities includes multiple memory corruption issues in QuickTime, an integer overflow in the Security framework code for parsing S/MIME email messages, the handling of filenames of photos added to the local photo library, a memory corruption issue in
the Bluetooth HCI interface, and intermediate certificates incorrectly issued by the certificate authority CNNIC (China Internet Network Information Center, which manages the .cn domain; see Glenn Fleishman’s Macworld article on the security updates for more about the CNNIC vulnerability). Security Update 2015-005 is available via Software Update or via direct download from Apple’s Support Downloads Web site. (Free. For 10.8.5 Mountain Lion, 207 MB; for 10.9.5 Mavericks, 160 MB)

Safari 8.0.7, 7.1.7, and 6.2.7 — Apple has released Safari 8.0.7 for OS X 10.10 Yosemite, along with Safari 7.1.7 for 10.9 Mavericks and Safari 6.2.7 for 10.8 Mountain Lion, with all three receiving improved performance thanks to a reduction in Safari’s memory usage, as well as a fix for an issue that enabled a Web site to prevent you from navigating away from a page using JavaScript alerts. Additionally, the three versions of Safari receive several security fixes, including one for an issue with PDF-embedded links that could lead to cookie theft or user information leakage, and others for vulnerabilities
associated with WebKit page loading and WebSQL database access. All three versions of Safari are available only via Software Update. (Free)