One thing we all learned from the recent New Horizons fly-by of the dwarf planet Pluto and its assorted satellites is that, as Douglas Adams said, “Space is big. Really big. You just won’t believe how vastly, hugely, mind-bogglingly big it is.” You can, however, get a hint of how big it is by realizing that to send a signal to the New Horizons probe, and then confirm that the signal was received, takes well over 9 hours at the speed of light (186,000 miles per second). And Pluto is, compared to the rest of the universe, right down the street! To send a signal to the nearest star outside our solar system would
take more than 4 years.

This means that any of our nearest celestial neighbors who intercept our radio transmissions are just now hearing our golden oldies. However, there’s no need to hunt up back issues of Billboard to find out what the folk around Arcturus (36.67 light-years away) are hearing: Lightyear.fm can do it for you.

This site has leveraged the statistics compiled by the Whitburn Project to find which songs were popular during the entire history of radio transmissions from Earth. It then uses that information to take you on a tour of space, starting from Earth orbit, playing snippets of the most recent music that you could hear broadcast at that distance. 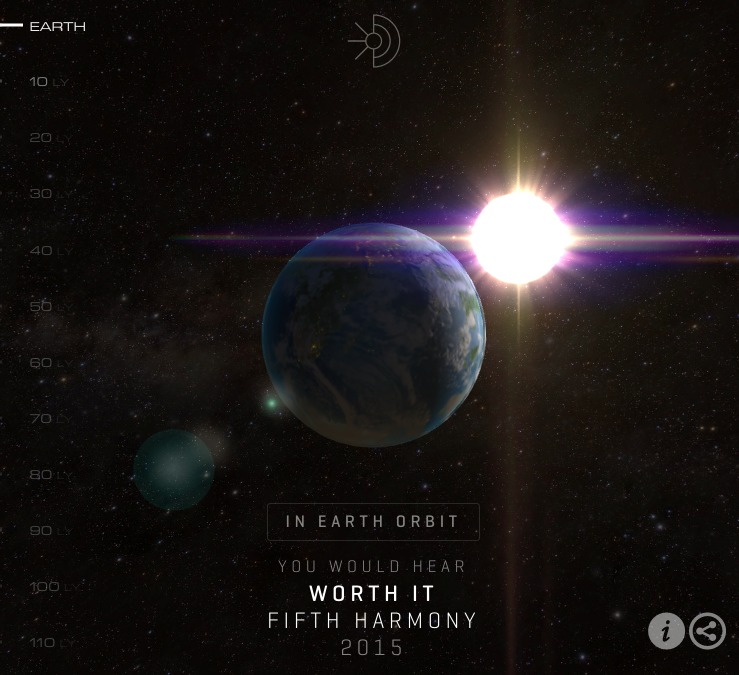 As you travel farther from Earth, you hear bits of tunes that get increasingly older the longer you listen. Unlike real space travelers who, like our transmissions to Pluto, are limited by light speed, you travel much faster. For example, after you listen for slightly more than 30 seconds, the site has taken you as far from Earth as New Horizons currently is (which, by the way, took more than 9 years to get where it is at the moment): about 4.5 light-hours away. Of course at that distance you’re still hearing stuff that
is popular right now. 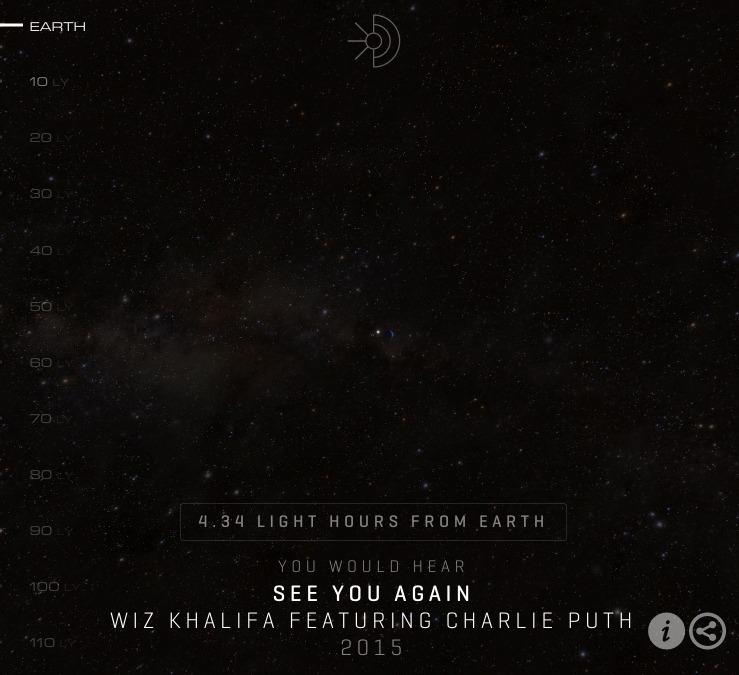 But keep listening. Like Han Solo putting the pedal to the metal in the Millennium Falcon, you pick up speed quickly. After 90 seconds you are more than halfway to the nearest star and can rock out to the stylings of Macklemore as heard in 2013. After listening for 5 minutes, you find yourself getting broadcasts from 2007. 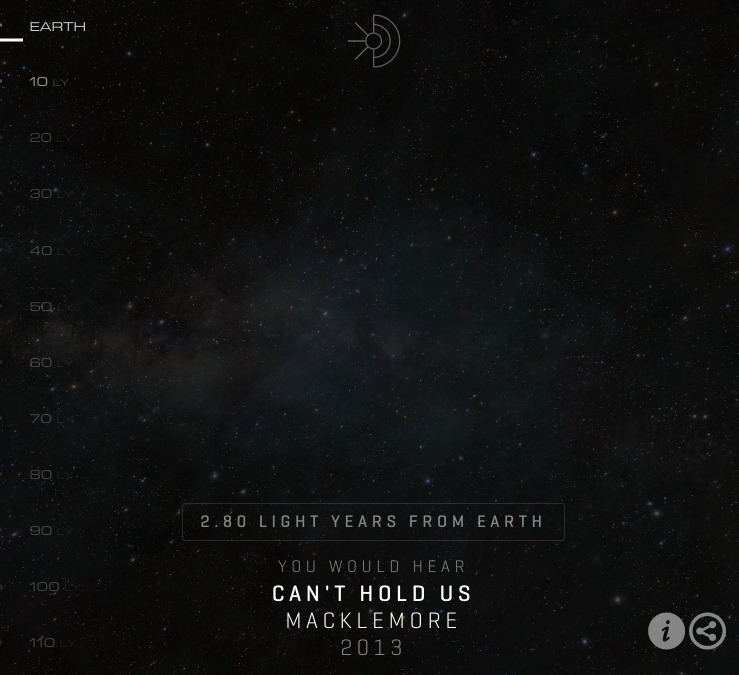 If patience is not one of your particular virtues, though, you don’t have to remain a passive passenger: the time-line at the side of the page is live — click a point anywhere on it, and you are instantly that many light-years from home. For example, click near the 36-year point to discover what our Arcturian neighbors are enjoying. Sing it, Rod. 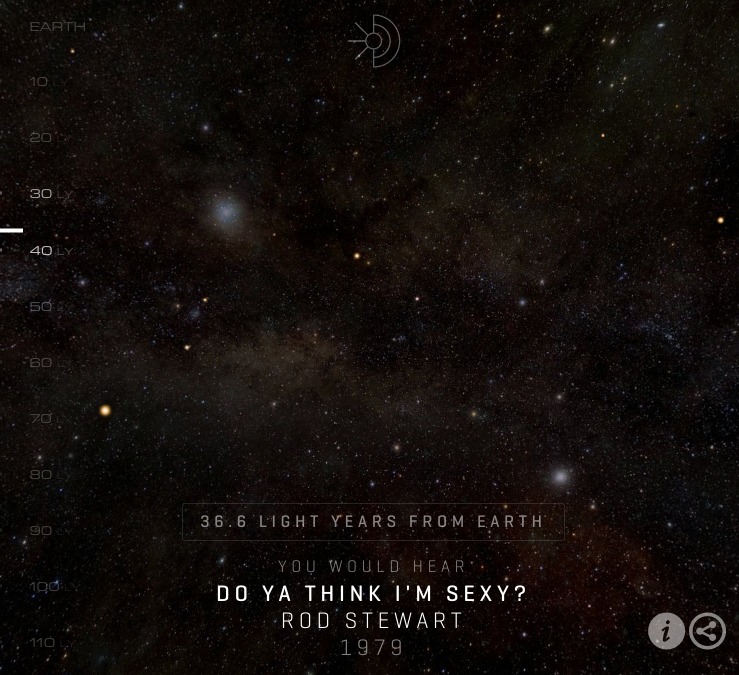 So if you simply can’t find anything of interest in Apple Music’s For You offerings, and if Pandora and Spotify have begun giving you the same-old-same-old, you might want to take a trip with Lightyear.fm for some listening recommendations. Remember, it may be old, but if you’ve never heard it before, it’s new to you!

Comments About FunBITS: Music in Time and Space