Recording audio from a Mac app is conceptually simple, but without the right tools and know-how, it can be tremendously frustrating. Adam and the TidBITS crew have long relied on Rogue Amoeba’s Audio Hijack for all recording tasks, and now we’re pleased to bring you Kirk McElhearn’s new “Take Control of Audio Hijack” to explain both the basics and the subtleties of Audio Hijack 3’s new flowchart-like interface, which is vastly different from the previous version’s approach (see “Audio Hijack 3 Bumps Up the Volume,” 30 January 2015). 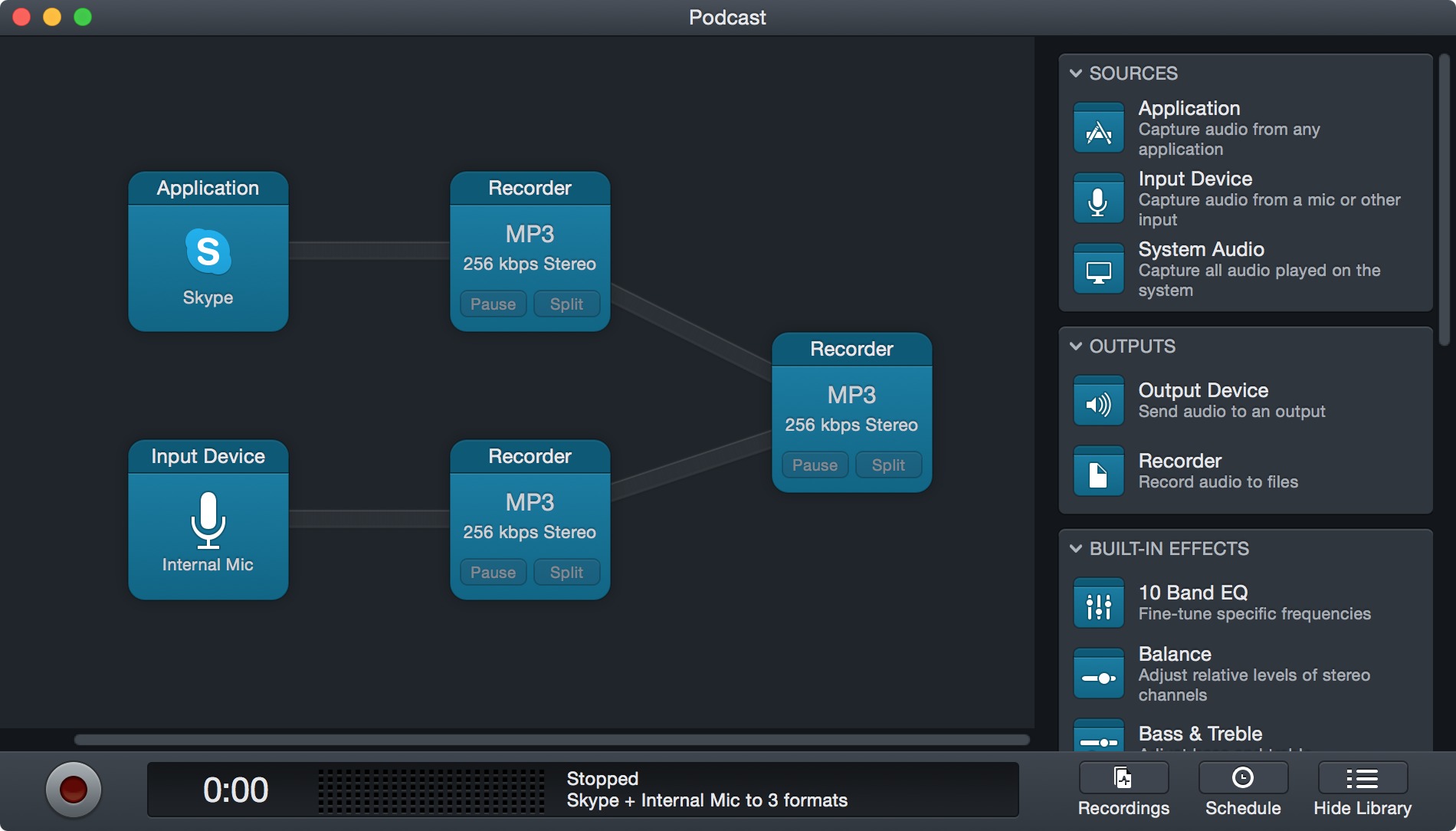 You’ll learn how to capture and enhance any audio playing on a Mac, with step-by-step instructions for common scenarios — including recording audio playing in Safari, capturing Skype and FaceTime calls, digitizing your old LPs, extracting audio from concert DVDs, working with microphones and mixers, and more. Kirk also covers the basics of editing recordings in Rogue Amoeba’s Fission audio editor.

I could go on for a while about all the good stuff that Kirk distilled into the 119-page book, but if you’ve read this far and want more detail, click over to the book’s full description on the redesigned Take Control Web site.

Finally, I just wanted to share that I had such a nice time making “Take Control of Audio Hijack.” In addition to getting to work with Kirk, whose enjoyment of audio is infectious, it was great to have expert editing help from our friend Geoff Duncan, who has many years of experience as a producer, technician, and studio musician. And Rogue Amoeba’s Paul Kafasis provided amiable and helpful suggestions during our tech edit phase, making an already good book even better. But the real win was learning Audio Hijack and Fission, which are the epitome of cheerful, uncluttered apps with surprising depths. Using them improves my mood, which is true of too few apps these days. If you
need to work with audio, give them a try.