Google has increasingly decided it’s in the hardware business, even before its announced reorganization into separate subsidiaries (see “Google Is Dead. Long Live Google!,” 11 August 2015), and it has now unveiled the first in what’s described as a series of Wi-Fi routers under the OnHub name. Like Apple’s AirPort base stations, OnHub is designed to look and work differently than nearly every other router on the market. The first model, designed in collaboration with TP-Link, is priced at $199 and will ship in
“the coming weeks” from major retailers.

On, On! — Google’s design appears sleek, perhaps even more stylish than Apple’s, and with a dark tone that makes it look more like a fancy bit of stereo gear than Apple’s bright white AirPort Extreme and Time Capsule tower.

The initial OnHub’s technical specifications match up fairly closely with the AirPort Extreme Base Station. OnHub features simultaneous dual-band 2.4 GHz and 5 GHz networking with support for all 802.11 standards, including the latest — 802.11ac. This includes a top raw data rate of 600 Mbps in 2.4 GHz (via 802.11n) and 1.3 Gbps in 5 GHz (via 802.11ac), assuming appropriately paired equipment on the other end. Apple’s top rate in 2.4 GHz is just 450 Mbps, although in practice “600 Mbps” systems rarely have clear enough signals to be faster than “450 Mbps” ones. Apple markets its top-end routers as up to 1.3 Gbps; Google adds the two bands together for up to 1.9 Gbps. (Some in
the industry call this AC1900 for 802.11ac at 1.9 Gbps.)

Google says the OnHub has 13 antennas, which would seem like 7 more than Apple’s AirPort Extreme and Time Capsule, which sport 6. But that doesn’t mean it’s twice as good at handling data — “ours goes to 13!” — even though Google isn’t exaggerating. In Apple’s high-end base stations, the six antennas are split into two pairs of three: one for each frequency band. Each antenna does double duty, handling transmission and reception.

Google opted to have seven antenna elements. One is special, designed to detect interference in order to tweak wireless settings automatically. The other six elements combine two separate antennas, one each for transmitting and receiving, split into two sets of 3 elements, one for each band. They’re offset at interleaved 60° angles around a circle, allowing each band’s set of three to be 120° apart from each other.

The OnHub has gigabit Ethernet for both its WAN (wide area network) port that you connect to a broadband modem — which makes sense as gigabit broadband has become increasingly available — and its single LAN (local area network) port. The AirPort Extreme and Time Capsule sport three LAN ports; Google seems to be assuming that anyone who needs more than one LAN port can plug in a cheap gigabit switch.

Beyond Wi-Fi and Ethernet, however, Google includes a host of home-automation related wireless support with Bluetooth and the seemingly obscure IEEE 802.15.4 standard, which underlies both ZigBee and Thread. ZigBee is a long-running industry specification for low-power, short-range sensors and similar communication; Thread is a competing protocol created a year ago by Google’s Nest division, chipmaker ARM, Samsung and a few others.

The ZigBee and Thread groups announced a method for peaceful interoperability in April 2015, and Google explicitly noting support for both trade names is a good sign of detente. Apple’s HomeKit offers yet another standard for communications among home automation devices, and while a standalone HomeKit hub is available from a third party, Apple is expected to add hardware to the next-generation Apple TV, which may be announced as early as next month, to become a full-fledged HomeKit hub. (The current Apple TV model can handle some, but not all, HomeKit
interactions.)

OnHub includes a USB 3.0 port, but none of Google’s materials explain its utility. If it’s like other routers, you should be able to connect any USB drive or printer for access elsewhere on the network, though this might require an update to the OnHub. Apple’s AirPort Express allows a single printer to be connected, while the AirPort Extreme and Time Capsule both support a single hard drive or printer, or the connection of a USB hub and multiple drives and printers. Apple’s routers still support only USB 2.0.

The OnHub router also offers quality-of-service (QoS) prioritization, so you could ensure that a Roku streaming media box would have priority over other devices while you’re watching a movie. Google’s description reads, “Prioritize a device so it has the fastest Wi-Fi for the activities that matter most.” Wi-Fi’s QoS standard, which dates back years, relies on different kinds of data — video streaming, phone calls, and ordinary data — being tagged either by a device or through router configuration. It’s possible that’s what OnHub is using, or Google may have come up with a new approach.

Pleasing for a Purpose — Some of OnHub’s marketing points come straight from Apple’s playbook, but that’s not unusual: most Wi-Fi routers are ungainly or downright ugly with antennas sticking out at weird angles — just look at them! Google, like Apple, wants people to put the router out in the middle of things so it gets better performance. In a bookshelf or hidden in a cabinet or at the back of a desk, the Wi-Fi signals reflect and are partially absorbed by material around the router.

There’s also the business of configuration. While router makers have tried to improve matters, even the crispest setup for a new base station almost always involves using a Web browser to connect to a special network address and then clicking through endless tabs and pop-up menus. 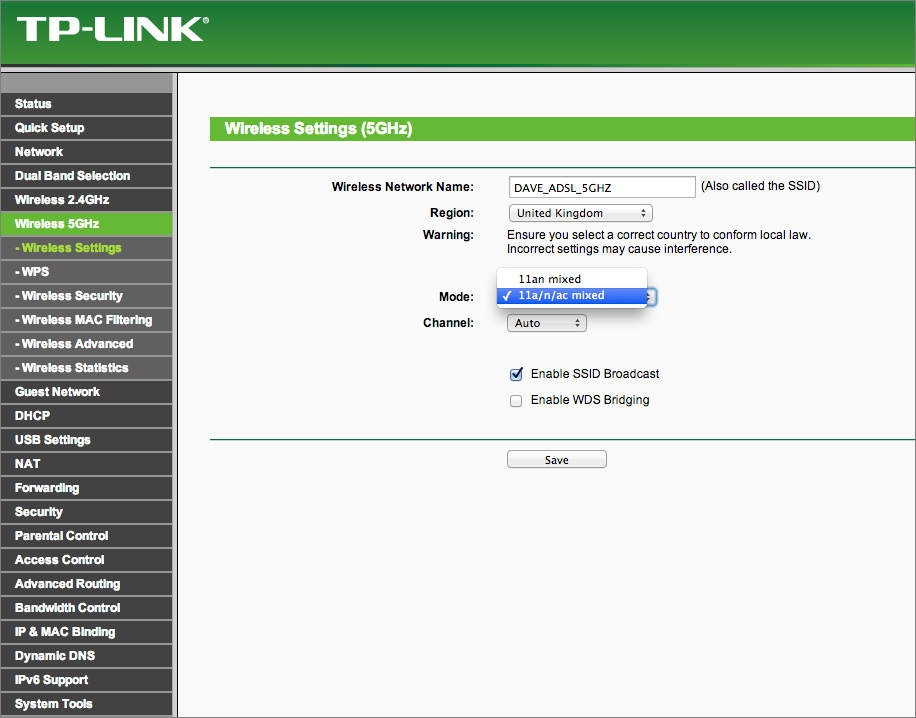 Apple’s AirPort Utility provides a cleaner interface to the same basic set of data for simplicity and ease of providing technical support. AirPort Utility 6.0 annoyed users because it was unfamiliar and removed the capability to configure certain features that were still present in older models. But its graphical overview of a network’s topology and simplified presentation were also a relief. Apple later added an iOS version of AirPort Utility, and both offer illustrated walkthroughs for setup.

Google is following in Apple’s footsteps, but its focus on Android and iOS (at least initially) opens up OnHub to a vastly larger user base. Apple dropped support years ago for Windows-based configuration of AirPort devices, and Google is stepping into this breach. Its app, called simply On — that won’t be confusing! — looks to provide even better information of what’s connected and how. (The speaker on the top of the OnHub is mentioned only in the context of audio-based information transfer: the router can send data in audio form to the Android app for setup!)

Google even hypes its pleasant multi-color LEDs — in contrast to all the flashing, strobing lights on many routers, Google’s approach is soothing. Apple’s single drilled pinpoint LED on the latest tower base stations is even subtler, but also intended not to light up a room or distract you. (Apple disabled the “flash on activity” option years ago for its base stations.)

Google’s app and system should outpace Apple’s current offerings in remote access. You can link Apple base stations to an iCloud account and get certain kinds of access using Back to My Mac, but it’s limited. Google’s app allows more sophisticated remote monitoring and troubleshooting, as well as enabling someone else to assist a network’s owner remotely.

Apple’s OS X app is notable for reminding you when there are updates that need to be installed. Hectoring might be a better word, especially if you have multiple computers from which you’ve configured a base station. In contrast, the OnHub automatically updates itself without requiring a restart, which is a nice feature. I’ve thought for a long while Apple should be able to do a partial restart of components instead of a full system reinitialization. But you’re also trusting Google to send updates that won’t disable features you need or accidentally take down your network. (Not that you’ll know in advance of installing an AirPort firmware update if it will have ill effects, but if necessary, you can easily roll back to a
previous firmware update — just Option-click the base station’s version number in AirPort Utility on the Mac.)

One place the two approaches differ greatly is in network sharing. OnHub does not appear to offer a guest network, one of Apple’s flagship features to separate out one’s own traffic from that offered to visitors. However, Google lets you send your network’s password via “text, email, and more” — more not being described.

Microsoft recently caused a kerfuffle with its Windows 10 feature, Wi-Fi Sense. This lets anyone allowed to connect to a network with a Wi-Fi password share it with contacts in Facebook, Skype, and elsewhere without the knowledge or permission of the network’s owner. (Network owners can opt out only by renaming a network to append some text.) Google isn’t walking down the same street here, because the On app can be used only by someone with the network’s configuration credentials.

A Better Mousetrap? — Whether or not the OnHub will be a worthy alternative to the AirPort Extreme for Apple users will depend on a lot of factors. Early reviews of real-world range and performance will help. While I’ve been generally happy with the latest 802.11ac AirPort Extreme in my home, I had to hang three base stations off an Ethernet backbone to achieve full coverage. Will OnHub fill my house just on its lonesome?

Apple used to build a lot of Mac-specific features into its base stations, and still has some. The AirPort Express can receive AirPlay audio — but why not the other base stations? The AirPort Extreme and Time Capsule can connect to hard drives that mount as AFP and Samba volumes for sharing. Printers plugged into any model are shared via AirPrint.

Reliability will also be key. Several TidBITS editors complain bitterly about having to power cycle their older AirPort Extreme base stations several times per week, sometimes even multiple times per day. As author of “Take Control of Your Apple Wi-Fi Network” (half off through 24 August 2015!), I receive email regularly from Apple base station owners about mysterious stability and configuration problems. If OnHub can work without requiring such interaction, it may end up replacing flaky Apple devices.

Some have expressed concern about Google collecting data about their Web browsing via OnHub. Google says, “Importantly, the Google On app and your OnHub do not track the websites you visit or collect the content of any traffic on your network.” Obviously, there’s no way to verify that until the device ships and technical types dig into it. But a Google support document does clearly lay out what the device does collect — largely performance and reliability data — and explains how to disable even that level of data collection.

When OnHub ships, we’ll know more about whether it’s a good option for people in the iOS and OS X ecosystem, or if it will mostly be of interest to those who use Android, Chrome OS, Windows, and Linux.

Correction: This article originally said Apple’s AirPort Extreme and Time Capsule had a top rate of 600 Mbps in 2.4 GHz. It should have said 450 Mbps.