Apple has the most beautiful, well-designed lineup of desktop and laptop computers ever made. But they all have one common part that has given me more trouble than any other: the blasted 3.5 mm headphone port. I’ve owned dozens, maybe even hundreds, of devices with such a port, dating back to the 1980s, and have never had a problem with one, except for my two Macs: a 2011 MacBook Pro and a brand-new iMac with Retina 5K display.

That seems like a sensible design decision, but at least on a computer, it’s flawed, as my examples demonstrate.

The Sound of Silence — A few months ago, my MacBook Pro’s internal speakers stopped working. When I tried to turn the volume up, the onscreen icon indicated that they were broken, but when I plugged in headphones, everything worked fine. 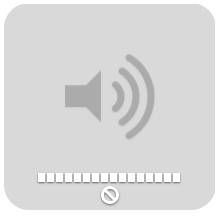 After a bit of research, I learned about the headphone port switch, and deduced that it had become stuck. This problem is not rare, as shown by the above Macworld article, as well as Apple support discussion threads here, here, here, and here.

How do you know for sure that the switch is stuck? You’ll see these symptoms: 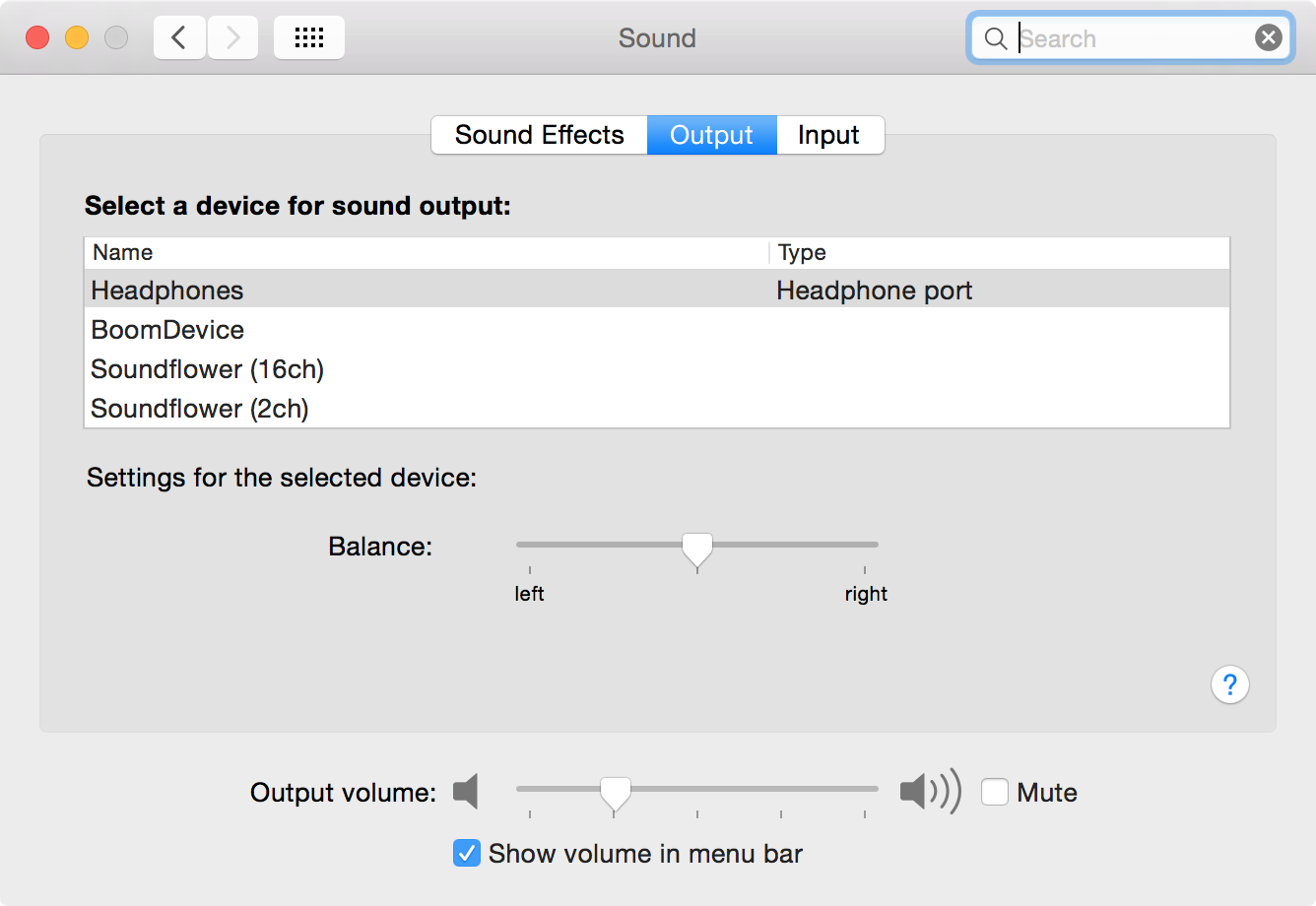 There are a few commonly suggested remedies for a stuck switch:

Unfortunately, none of these worked for me. But my MacBook Pro was still covered under AppleCare, so I brought it in for service. A few days later, I had a new logic board, and I was mostly good again.

The problem bit me a few more times, even with the new logic board. Thankfully, plugging in and removing headphones reset the switch each time thereafter on the MacBook Pro.

The problem with my iMac isn’t a broken part, but it’s a design flaw that’s even more annoying.

An Inconvenient Port — The iMac with 5K Retina display is a work of art, with its huge, crisp screen and clean design. It may be a bit too clean.

As you probably know, all the iMac’s ports are in the back of the machine, including the headphone port. This puzzling decision can only be chalked up to Apple’s Ive mind, which often prioritizes form over function.

The problem with this design is that you have to reach behind the iMac every time you want to connect or disconnect headphones. Since the iMac is so thin and light, you’re guaranteed to shift the screen every time you do this, and I always feel like I’m going to knock it over. It’s also difficult to plug the headphones in without getting fingerprint smudges on the screen. It gets old fast.

No problem, I thought. I have a pair of Beats Solo2 headphones, and while this isn’t the place to review them, one nice feature is that they have a detachable cable. I was hoping that I could keep the cable plugged in and merely unplug the headphones to play audio out of the speakers, which works with some devices. Unfortunately, it doesn’t work with the iMac. Nor would running an extension cable to a more convenient location.

Ah, but what if I manually switched the output to the internal speakers in OS X? Here’s a tip: Option-click the volume icon in the menu bar, and you get a drop-down menu that lets you choose audio outputs and inputs. But unfortunately, that doesn’t work here either. 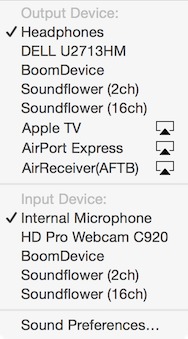 Neither of these solutions work because the headphone port switch is hardwired: if the sensor detects the physical presence of a plug, it disables the internal speakers, and there is no way to re-enable them other than toggling the sensor again.

This is an Achilles heel for every Mac, because if that little tiny sensor gets stuck, as it seems to for a non-trivial number of users, your internal speakers will no longer work. Conceivably, it could also get stuck in a way where the speakers would work, but not the headphones.

As it stands now, I have these options:

I did hack together another free solution, though it’s not an option for everyone. My secondary Dell monitor has its own headphone port, and since its Mini DisplayPort connection from the Mac can carry audio, I can select the monitor as an audio output from the volume menu. But there’s a catch: OS X, expecting the monitor to have its own volume controls, doesn’t let me change the headphone volume. 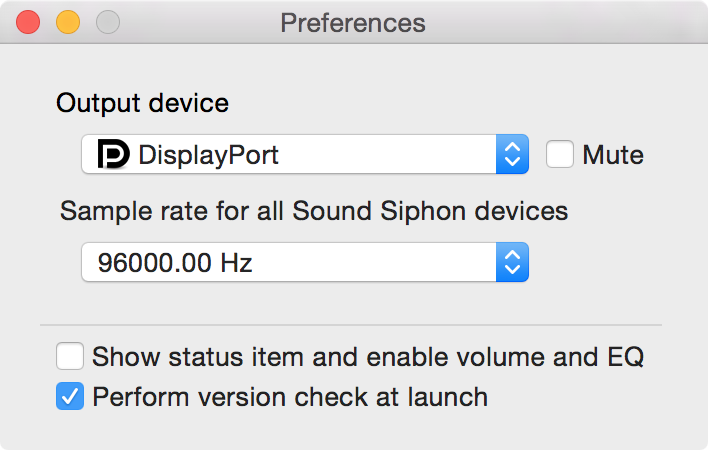 The problem with this solution is that the headphone output never gets particularly loud, and volume-boosting app Boom (see “FunBITS: Boom for Mac Pumps up the Volume,” 18 April 2014) doesn’t work with this setup. It’s too quiet for my podcasting work, so I’m re-evaluating the other approaches.

The fact that I have this problem with a $2,200 computer is nothing short of ridiculous. Both my iMac annoyance and the aforementioned MacBook Pro silence have the same root cause: Apple does not provide a software override for that infernal headphone port switch.

Here’s the thing: I know the speakers can still work with the switch triggered. When I reboot my iMac with the headphones plugged in, it fills my office with the Mac startup sound. So if it can play that sound through the speakers, I know it’s capable of playing other audio as well.

So please Apple, I’m begging you: give us a way to switch between internal speakers and headphones in OS X. Pretty please? It’s a simple option that could be added to the Sound preference pane; it can’t be that difficult. Slip it into the beta for OS X 10.11 El Capitan, put it in a point release, or at least expose the API to developers so they can fix it.

Alternatively, let’s say for argument’s sake that there is no way OS X could override the headphone port sensor switch. In that case, Apple, I beg you again: get rid of that stupid switch in future Macs. Make it a software function. On my last non-Mac computer, a home-built Windows PC, I could swap between headphones and speakers in the sound card settings. Come on, Apple, Microsoft Windows and a guy who built a cheap computer on a kitchen table has you beat here! That should be sufficiently embarrassing.

Think about it this way, Apple: ditching that switch would provide a consistent audio source management interface in OS X, and would result in fewer support calls, fewer trips to the Genius Bar, and less waste, because a dumb little switch getting stuck wouldn’t require an entire logic board replacement. It truly is the Mac’s Achilles heel.

Comments About The Headphone Port: The Mac’s Achilles Heel