True to form, Apple has again announced first-weekend sales for the just-released iPhone 6s and 6s Plus, and once again, it’s a record. The new iPhone models racked up 13 million sales in the first 72 hours of availability, surpassing the 10 million units of the iPhone 6 and 6 Plus sold last year. 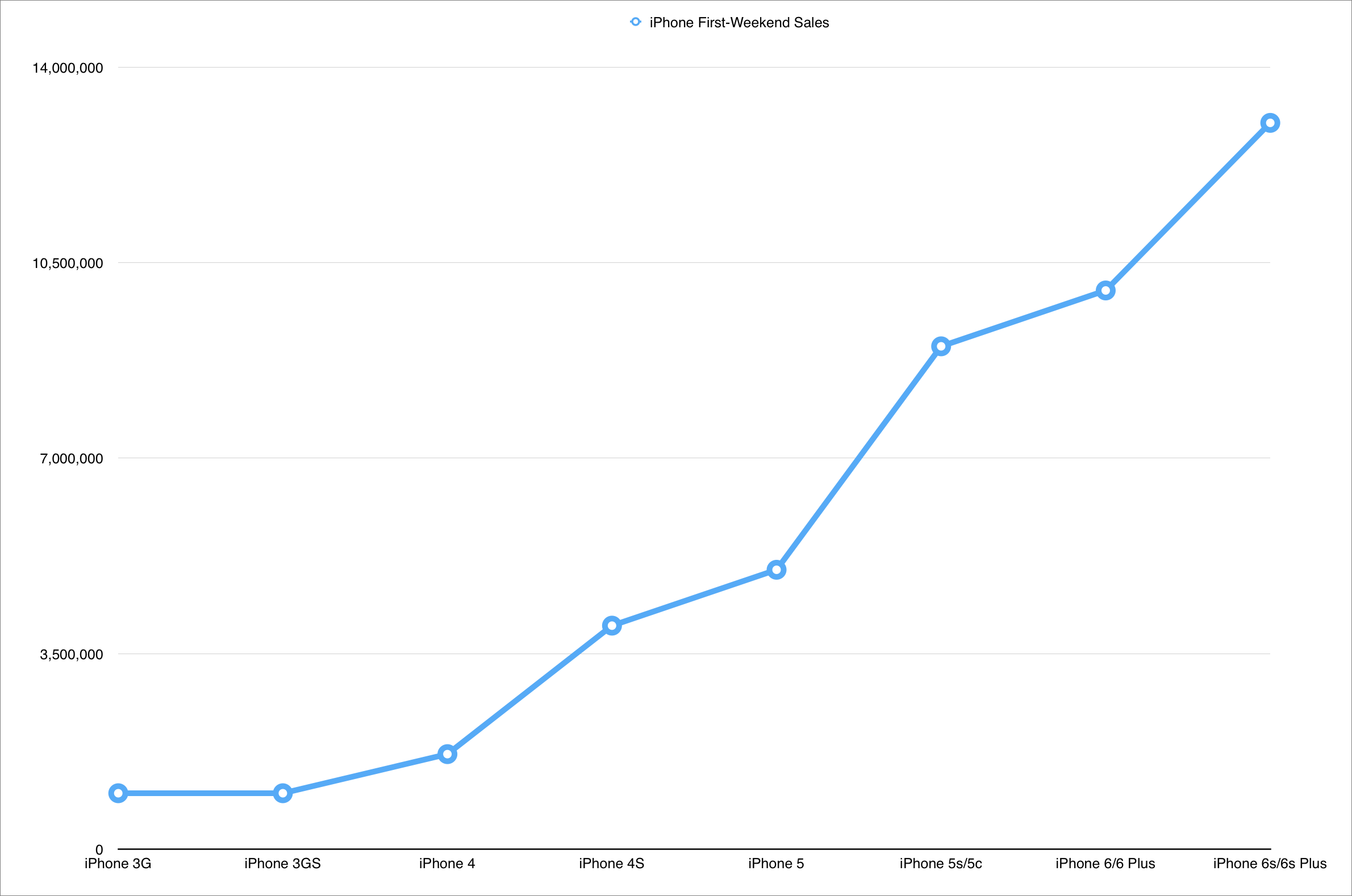 Although some hacks are stupidly trying to interpret record sales to mean Apple is doomed (USA Today wins this year’s asinine headline award with “Even the iPhone can’t save Apple”), it is true that comparing model-to-model sales doesn’t paint a complete picture.

In fact, I wouldn’t be surprised to see every iPhone release outdo the previous model’s release, regardless of specific improvements. A few reasons:

Apple’s press release implies that the iPhone 6s and 6s Plus are setting sales records because they’re so much better than every previous model, but that’s obvious — the latest iPhone will always be the most capable, and the mighty Apple marketing machine will always make it seem compelling. The more interesting reason for this sales record, and every previous one, is that Apple is doing an ever better job of making and selling iPhones.

For the company to have continued this trajectory since the 2007 release of the original iPhone, Apple has had to be able to ramp up manufacturing to meet demand, manage the complicated logistics of distributing millions of iPhones around the world, and widen its online and physical sales channels. Tim Cook’s background is in operations, and these increasingly successful iPhone launches highlight just how well Apple is executing in that department.