When Apple announced that it was dropping $3 billion to buy Beats (see “Apple Buys Beats for $3 Billion,” 28 May 2014), there was much consternation in Apple fandom. Much of the criticism was directed at the poor reputation of the Beats headphones. While Beats headphones have been an enormous commercial success, they’ve often been written off as overpriced and overly bassy fashion accessories.

But the Beats Solo2 are a bit different than prior Beats products. They’re the first pair of headphones released by Beats after the acquisition, technically making them an Apple product. And with the Solo2, Beats promised a “more dynamic, wider range of sound, with a clarity that will bring you closer to what the artist intended, whether you’re into hip-hop, heavy metal, jazz, electronic, or country.” Sorry, classical music fans, you’re apparently not the target
market.

The Solo2 lists for $199.95, but Amazon has them for as little as $140 for a gray model. There’s also a Bluetooth wireless model available for $100 more, although it reportedly has completely different electronics, and should be evaluated independently.

I’ve spent a few weeks with the wired Beats Solo2 now, and I’m ready to share my impressions. I’ll review them in three categories: design, comfort, and sound quality.

Design — Say what you will about the merits of Beats headphones, but you can’t deny that they’re noticeable. For those who wear headphones for hours per day in public, looks are important, and while it’s impossible for us to say whether you will personally find these headphones attractive, they’re sleek and smoothly designed. They come in over 10 colors; you can probably find one that appeals to you. 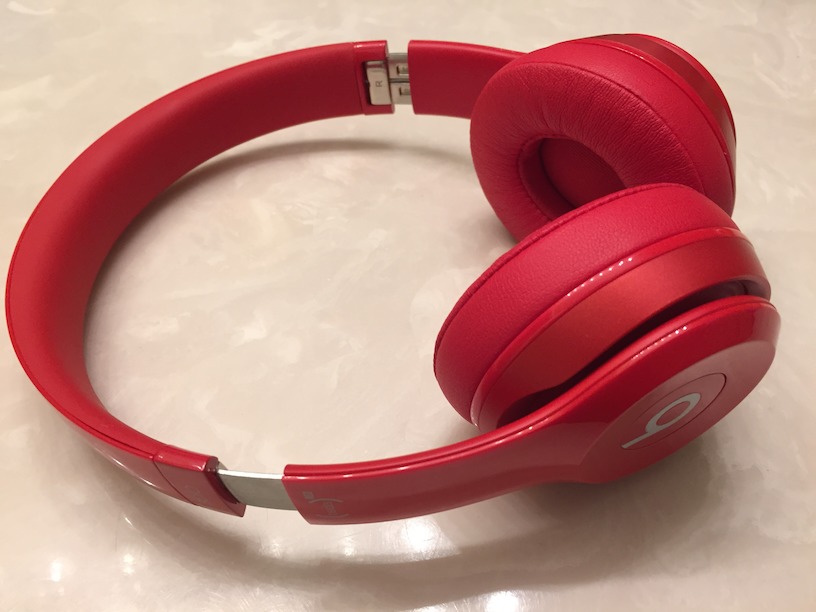 In terms of industrial design, the Beats Solo2 have a couple of Apple-worthy details. They can be folded up and stored in the included carrying case for easy transport. Also, you can unplug the audio cable from the headphones — something that I think should be standard in every pair of headphones in this price range, as it makes them easier to transport and makes cable damage easy to resolve (you can replace it with a generic 3.5mm stereo cable or any number of reasonably priced Beats-specific cables on the market). 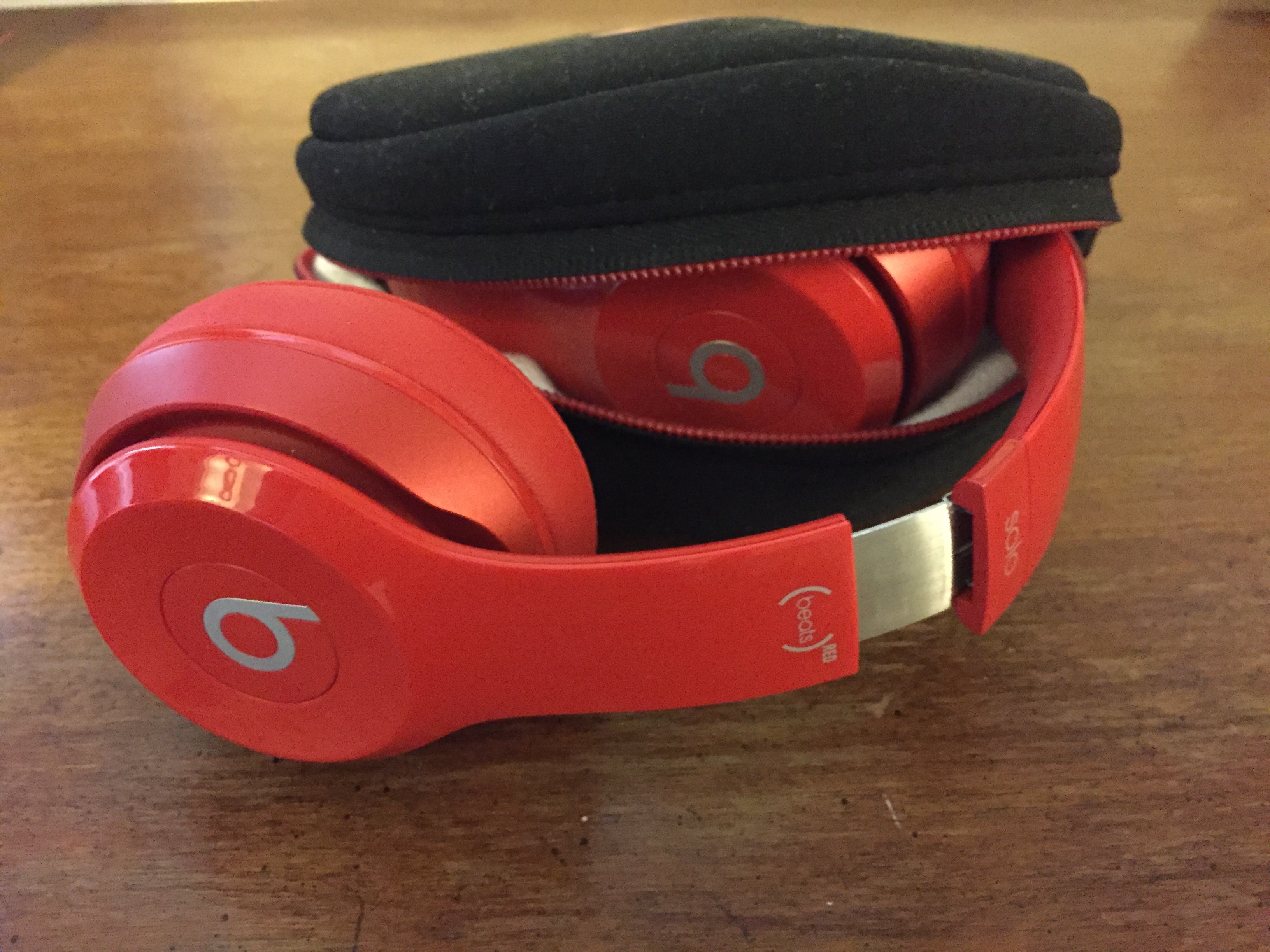 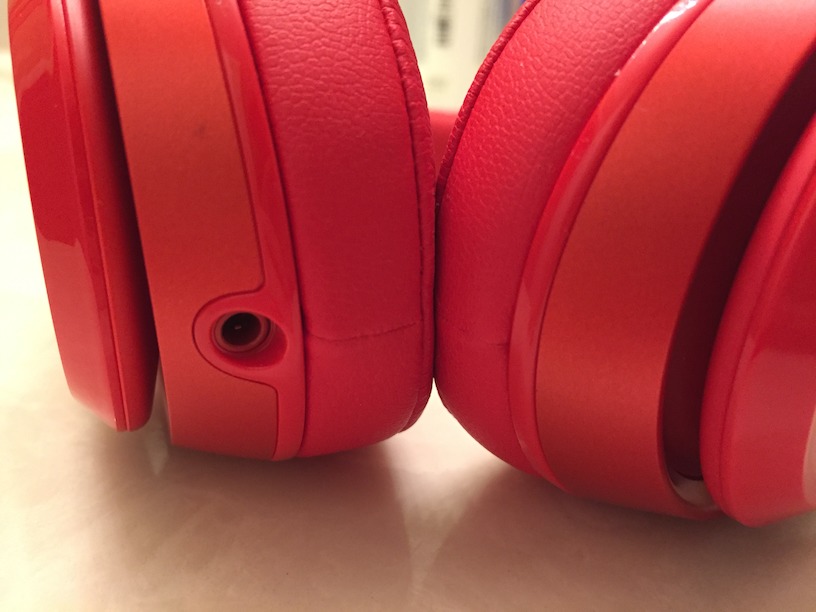 Speaking of the headphone cable, it also features an iOS remote with a built-in microphone, so you can control your music, change the volume, make calls, and summon Siri on the go. In another bit of thoughtful design, the end that plugs into your audio player is at a right angle, so it protrudes less. 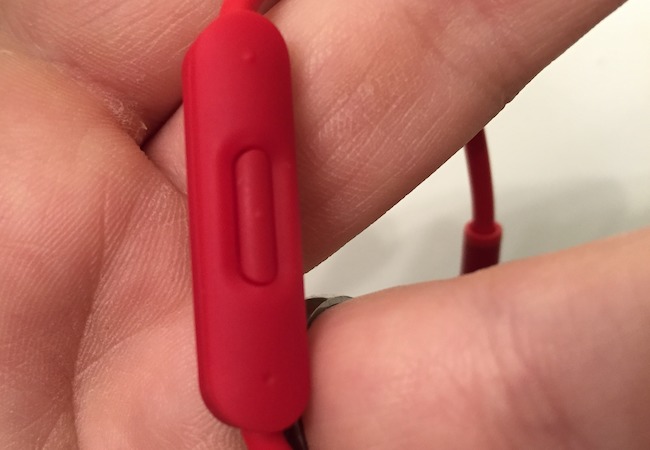 Design-wise, the Solo2 headphones live up to Apple’s standards. They have an attractive, thoughtful design, and it’s obvious why they have such mass appeal.

Comfort — Design is an important factor in headphones, but it’s not as important as comfort. Unfortunately, this is where I have difficulties with the Beats Solo2. Out of the box, the Solo2 painfully clamped my skull, like a torture device left over from the Spanish Inquisition (and no one expects the Spanish Inquisition!). This isn’t unusual for me, since my head rivals The Great Pumpkin’s in size, but I have a trick to stretch out headphones: put them on a box that’s a bit wider than my head and let them sit there for a while. 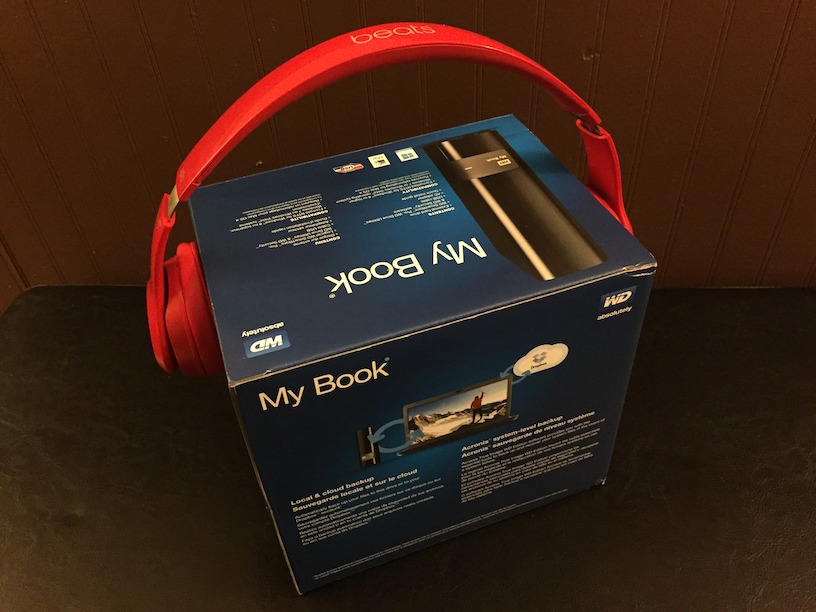 After a few sessions, they no longer felt like they were crushing my head, but they’re still uncomfortable for extended wear. I think my glasses are part of the problem, since the Solo2 presses the earpieces into my head. I hope I’ll eventually get them broken in. I had a similar struggle with a pair of Sony MDR-V6 cans, and after several years, putting them on is like slipping into an old pair of shoes.

My wife, whose head is normally sized, hasn’t had any issues with the comfort of the Beats Solo2 — she loves them. And our own Michael Cohen also owns a pair, and doesn’t have any comfort issues. But I’ve found many reports on the Internet of others having the same problems that I do. In any case, I’d recommend trying on a pair (your closest Apple Store should have plenty) for an extended period before plunking down your hard-earned cash.

One place where I’ll give the Solo2 a thumbs-up in the comfort category is the ear pads. They’re never scratchy or sweaty, unlike most of the headphones I’ve owned.

Sound Quality — Here’s the most crucial, yet perhaps trickiest metric by which to judge headphones: how do they sound?

Beats headphones have a reputation for being “boomy,” meaning that they emphasize bass at the expense of other frequencies. In my testing, this is somewhat true. Naturally, hip-hop sounds amazing on the Solo2, particularly Dr. Dre’s latest album, “Compton” (these are Beats by Dre, after all). Sometimes older, less bass-intensive tracks can sound a bit muddled. However, the Solo2s deliver much more balanced sound than I had expected from a pair of Beats headphones, and just about any genre I threw at them sounded pretty good.

A funny thing happened when I went back to my beloved Sony MDR-V6 headphones after a few days of listening to the Solo2: they sounded flat and lifeless. The Sony MDR-V6 are known for being neutral, which is good for production work, but I realized just what they were missing on the musical front. On the other hand, I wouldn’t recommend the Beats Solo2 for any sort of podcasting work — they made my voice sound like Darth Vader.

But sound quality is a subjective metric. Let’s look at some other opinions.

Developer Marco Arment has made a hobby out of comparing headphones, and while the Beats Solo2 only ranked 16 out of 30 in sound quality in his testing, there are only three models in the same price range that beat it: the Audio-Technica ATH-M50x, the AKG K551, and the B&O H2. However, the ATH-M50x and the K551 aren’t nearly as portable as the Beats Solo2, and Arment said the H2 headphones have similar sound quality to the Solo2, but are less comfortable.

For yet another opinion, we can turn to The Wirecutter’s guide to “The Best On-Ear Headphones (At Any Price).” While the Solo2 didn’t win that contest either, it held its own, with one panelist preferring the Solo2 over the final picks. The Wirecutter’s Lauren Dragan wrote, “Here’s something really exciting for the future of Beats: the Beats Solo 2s are the best sounding Beats we’ve heard. Everyone found the Solo 2s to be very comfortable, and our entire panel agreed that the Solo 2 were hands down our favorite Beats headphones so far.”

However, Dragan also criticized the Solo2’s sloppy bass: “To put it into a visual, if the mids and highs were a gourmet meal, the bass is a pudding cup some toddler just emptied onto your plate. I mean, the food that was there is technically still good, but man, it sure would have been better without that pudding all over it. That said, if the Beats didn’t cost $200, we might be having a different conversation.”

Which brings us to the ultimate question…

Are the Beats Solo2 Headphones Worth the Money? — The core of all Beats criticism is that, while they’re not the worst headphones, they cost too much for what you get. At $200, I’d agree that the Beats Solo2 are overpriced, though not as much as other Beats models. But now that they can be had for under $150 new, or even around $100 refurbished, they’re not a terrible value, considering their blend of clean design, iOS integration, and decent sound quality.

You can probably find “better” headphones for the same price or less, but that depends on your definition of “better.” The Beats Solo2 are ideal for a college student: someone often on the go, who needs excellent sound isolation, and who prefers the newer, compressed music that the Beats sound is designed around.

However, they’re not appropriate for those who exercise outside, thanks to their weight and isolation from important ambient sounds (like approaching cars that are oblivious to your presence). Likewise, someone who spends most of the day at a desk might find a less portable pair of cans that offer better comfort and sound quality at a lower price. The Solo2 headphones are a solid jack of all trades, but master of none.

I’m not comfortable telling you to buy a specific pair of headphones, because it’s such an individual decision, influenced by your own musical taste, fashion sense, and personal comfort. But I will say this: if you’re considering the Beats Solo2 headphones, they’re perfectly nice headphones for the money.