Live Photos, one of the new features built into the iPhone 6s and iPhone 6s Plus, can be a hoot and a half.

With the feature enabled in the Camera app, every snapped photo is accompanied by a 3-second video. Pressing down on the photo using 3D Touch plays the companion movie clip, making it look like the still image has magically come to life, Harry Potter-like.

You can share Live Photos, as well, though so far only in a few ways. Live Photos retain their interactivity if shared via the Messages app, by AirDrop, or as part of a Shared Photo Album. Emailing them, tweeting them, or sending them via Facebook Messenger, however, will not work (recipients see only still imagery).

What’s more, even for the sharing methods that do work, recipients must be on an iPhone or an iPad running iOS 9 or later, or on a Mac running OS X 10.11 El Capitan. Live Photos will work on the Apple Watch, too, and can be used as animated watch faces.

To get around these limitations, you need to convert Live Photos. That’s where Apple’s newfangled format meets an ancient but still-thriving format, the animated GIF. Turn your Live Photos into animated GIFs, and you can share them with a much wider audience, though not without some difficulty at times.

There are a number of ways to accomplish this. One roundabout method is importing Live Photos into your Mac’s Image Capture app, where you can harvest a Live Photo’s bundled .mov file and use a utility like GIF Brewery or Gifrocket to create an animated GIF. 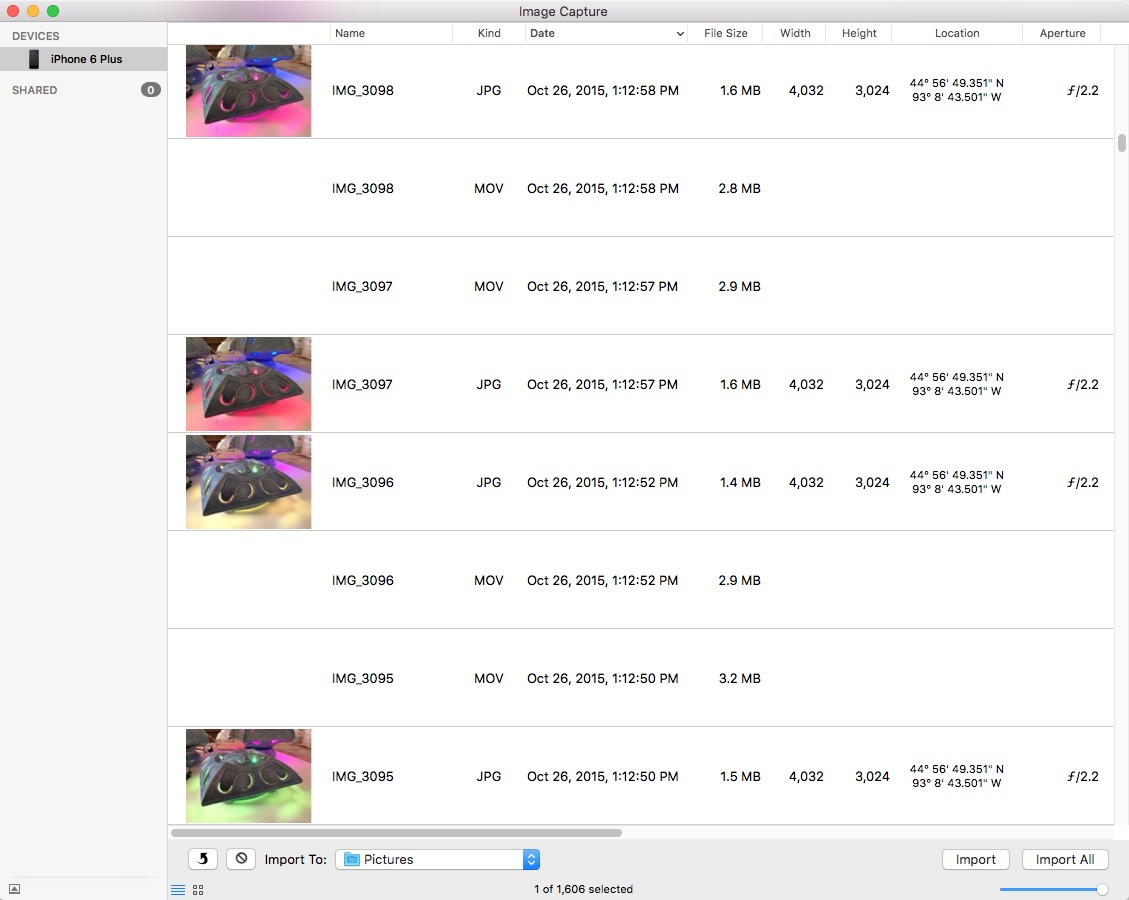 GIFs on the iPhone — A quicker, more convenient option involves using iOS apps. The $1.99 Live GIF is one such app, but for this article I’ll focus on the more flexible Lively, which also happens to be free.

Lively is simple to use. Open it, and it shows you the Live Photos stored on your iPhone (with the option to Peek and Pop using 3D Touch). It has two export options: movie and GIF.

The movie option is self-explanatory. The GIF option is more interesting because it gives you several options for tweaking a Live Photo before exporting it. 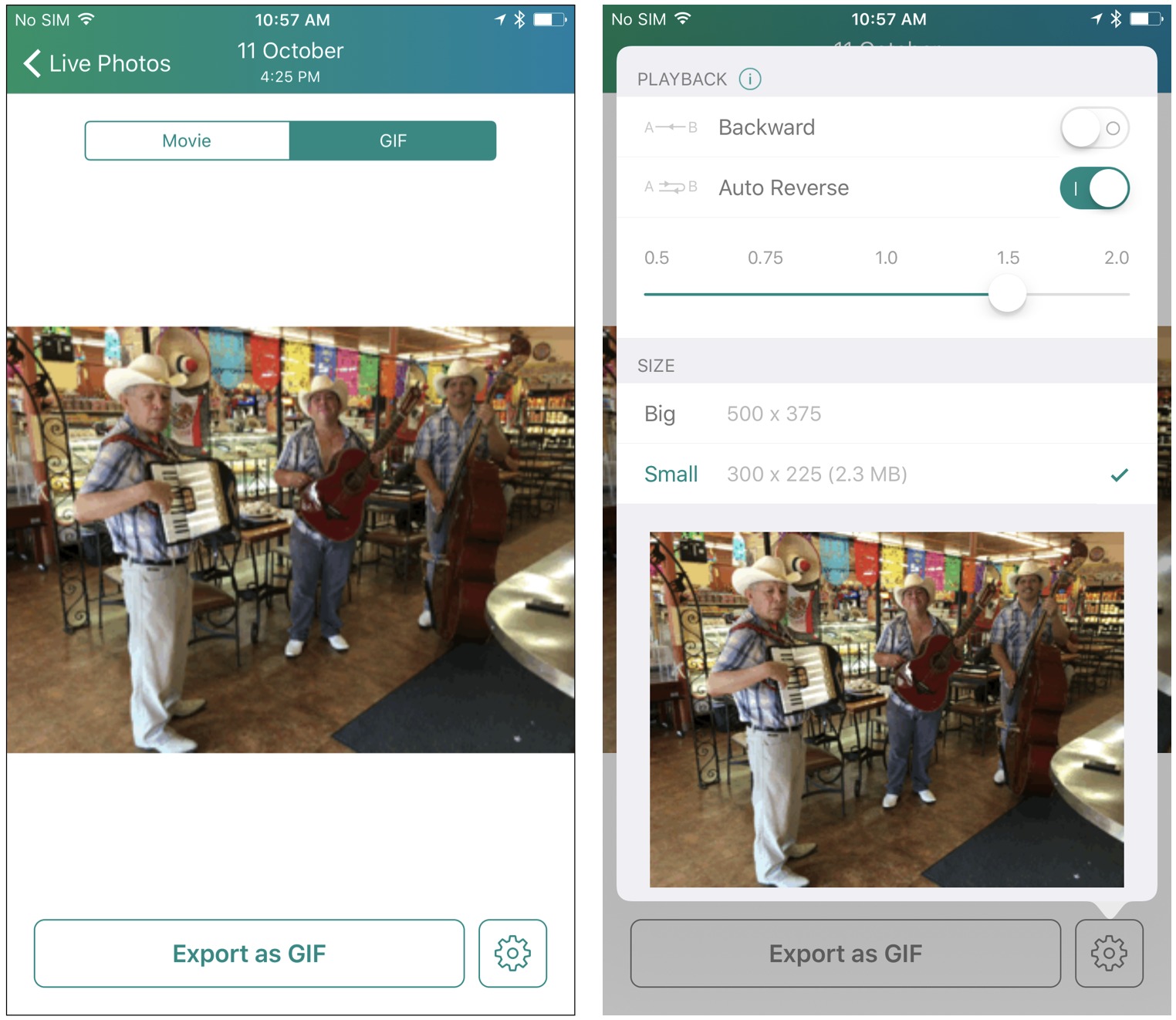 You can slow the GIF down or speed it up. You can make the clip play backward, or play forward and loop back again. There are two file-size options, since Twitter and some other services choke on GIFs that are too big.

Let’s look at one clip, consisting of three Mexican musicians at my favorite St. Paul burrito joint. The dude on the left is strumming an accordion as he turns his head to look at me.

The clip struck me as plodding at its normal speed so I cranked it to 1.5.

I then flipped an auto-reverse toggle for a looping effect.

It now appears the accordion player is turning his head to look in my direction, nodding somewhat haughtily in greeting, and then looking away as if to curtly dismiss me. Neat.

Sharing GIFs with Lively isn’t as easy as making them, alas. You have lots of share sheet options, yes, but there are complications.

Sharing with Apple’s Messages app and Facebook Messenger works fine, but Facebook rejects my GIFs. A workaround is to transfer the GIF to the Mac, upload the GIF to the Giphy service, and then share the generated URL on Facebook.

Apple said Facebook will support Live Photos at some point, but when and how this will happen is unclear.

I ran into one hiccup: my forward-and-backward-looping GIF was too big, so I turned off Lively’s auto-reverse toggle, and re-exported as a shorter GIF that was small enough to tweet.

Sharing to Google+ works fine, but Instagram sharing didn’t seem to work at all. Instagram also rejected my Lively generated animated GIFs as too short. Huh? As with Facebook, though, you can share indirectly by Giphy.

More Loop-Making Tools — Once you’ve got the loop-making bug, don’t limit yourself to the Live Photos route.

Instagram has released Boomerang, an image-capture app that records 1-second videos. This doesn’t sound like a lot, but it can be plenty to immortalize some of life’s kooky moments. Clips play forward and backward in a loop, too, which achieves the same effect as the Lively auto-reverse toggle. 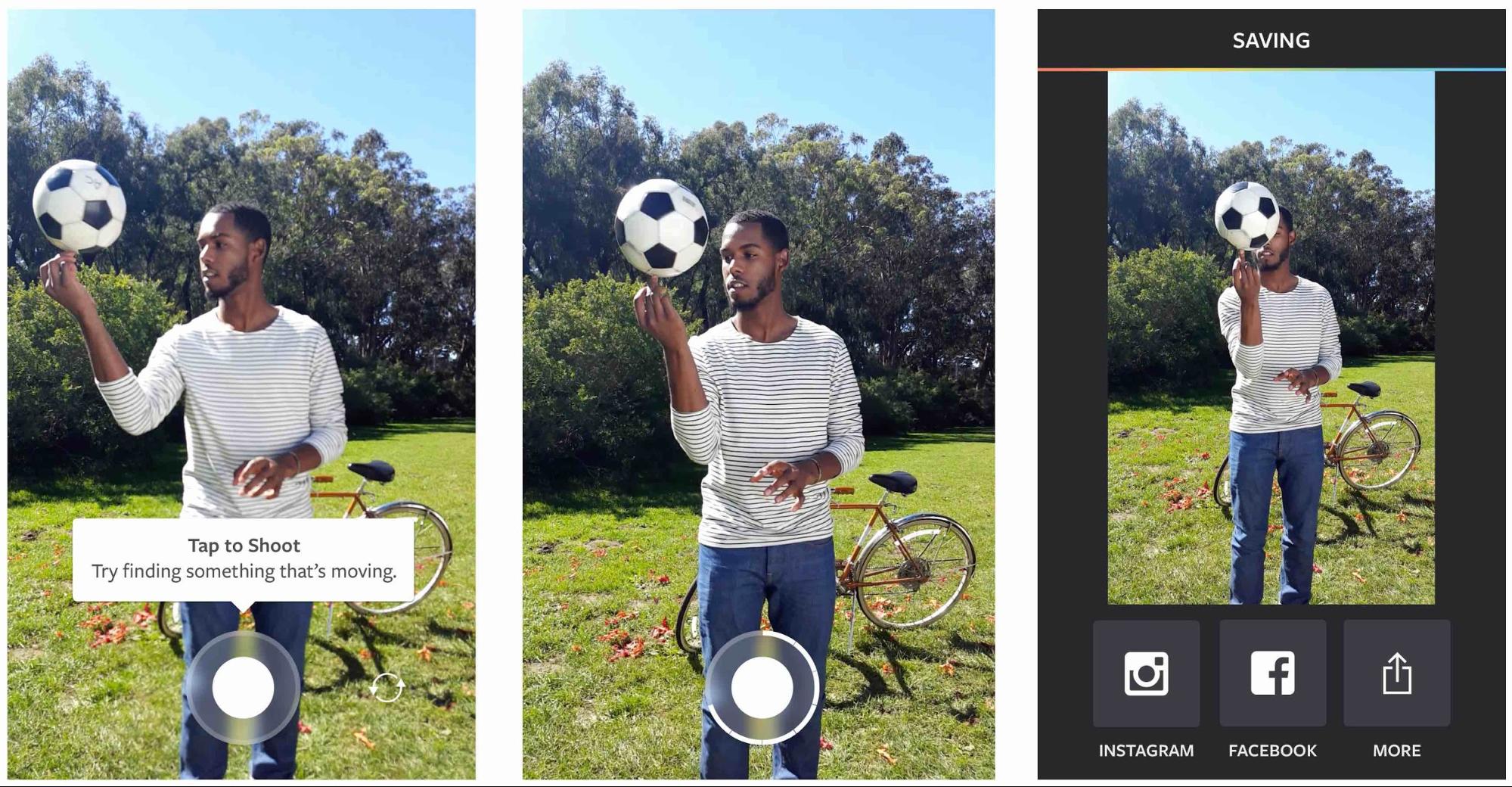 Giphy Cam is another option. It’s a GIF-making camera app with options to festoon your creations with filters and all manner of animated stickers. You can share by email, Messages, Facebook Messenger, Twitter, and Instagram – though Instagram appeared to upload only a static image.

Another way to create animated GIFs is with photo bursts, which have traditionally been the raw material for such moving images. iOS’s stock Camera app has a burst mode that you activate by pressing and holding the shutter to fire off a rapid succession of photos.

Once you have captured such a burst, upload it in its entirety to the Google Photos service using one of Google’s companion apps.

Magic then ensues. Google Photos automatically converts the burst into an animated GIF, though results are sometimes sloppy and unpredictable. If that’s too messy for your inner neat freak, another option gives you more control.

In the Google Photos app, search for burst sequences and tap to check off a series of consecutive images. Google limits you to 50 shots per project. Then tap the + button and pick “animation.” 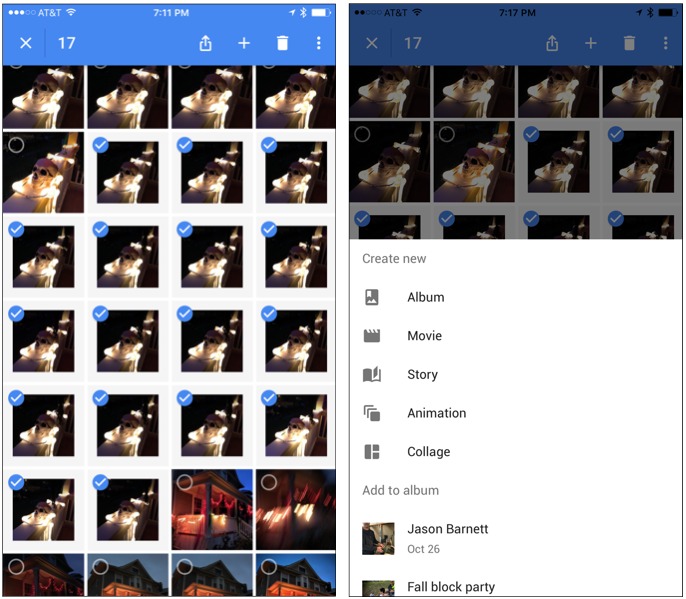 In seconds, you’ll have an animated GIF you can then export to social networks or messaging services like Facebook Messenger.

Experiment with GIF durations. If you use all 50 of the allotted images, you will likely end up with a GIF too large for Twitter.

Get Your GIF On — The animated GIF has been around for decades but has recently skyrocketed in popularity, largely as a social media plaything.

Now Live Photos users can get in on the fun. Instead of sharing animated shots only within Apple’s walled garden, you can transform them into animated GIFs, and make them viewable by just about anyone.

That’s where apps like Lively, Boomerang, Giphy Cam and Google Photos come in – with many more likely to come.

Comments About Turn Live Photos into GIFs for Wider Sharing