Apple Music should be a little easier to use in iOS 9.2’s Music app. You can now create a new playlist by starting from a song, instead of first having to create a new playlist and then add a song to it. When adding a song to a playlist, your most recently modified playlist is now listed at the top so that it’s easier to find. You can more easily download albums and playlists in iCloud Music Library for offline listening by tapping the newly added iCloud icon. There is also a download indicator next to each song that lets you know whether the song has been downloaded for offline listening. Finally, there’s good news for classical music fans as Apple has added sections for works, composers, and performers in the Classical section
of Apple Music (for more on the problems, see “How iTunes Fails Classical Music Fans,” 31 July 2015).

Apple News has added a new Top Stories section for users in the United States, United Kingdom, and Australia. It’s a human-curated collection aimed at surfacing the most important news stories of the day, and you’re prompted to add it to Favorites when launching the News app for the first time after updating to iOS 9.2. If you wish to search for it or find it in Favorites later, note that it’s listed under News Top Stories. 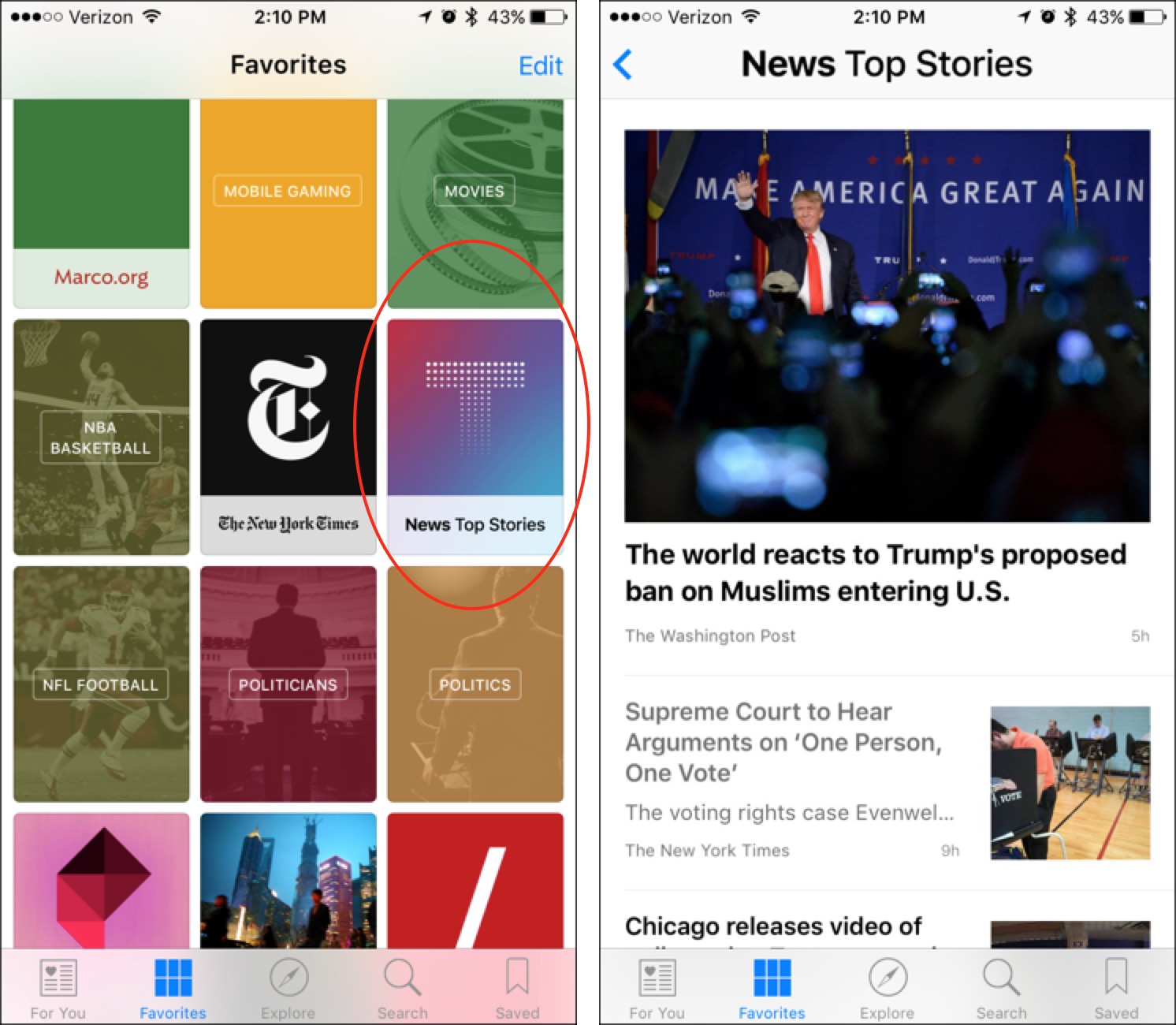 Mail in iOS 9.2 now supports Mail Drop for sending large attachments via iCloud instead of attaching them directly to messages; unfortunately, we haven’t been able to get it to work yet. On the Mac, Mail Drop (if enabled) kicks in if the attachment size exceeds 20 MB or so, storing attachments up to 5 GB in size in iCloud, where they’ll remain available for 30 days. Mail Drop usage does not count against your iCloud storage quota, but there is a storage limit of 1 TB total. For more, see Apple’s support article on Mail Drop. Mail in iOS 9.2 also addresses a bug that caused text to overlap in attachments, and another that caused some attachments to be inaccessible for POP email users.

iBooks offers a few improvements in iOS 9.2, including support for 3D Touch to peek and pop pages from tables of contents, notes, bookmarks, and search results. iBooks added audiobook support in iOS 8.4 (see “Apple Releases iOS 8.4 with Apple Music,” 30 June 2015), and now in iOS 9.2 you can do other things in the iBooks app while listening to an audiobook, such as browsing your library or the iBooks Store and reading other non-audio books.

Accessibility improvements in iOS 9.2 include a fix for VoiceOver when using Camera face detection, support for VoiceOver to wake the screen and invoke the App Switcher, a fix for issues using Guided Access to end phone calls, and a fix for the speech rate of Speak Screen.

Apple promises improved stability for Safari and Podcasts in iOS 9.2, though Podcasts still hasn’t brought back fullscreen video. The Safari View Controller has been changed slightly, moving the Done button from the upper right to the upper left.

Security updates are included as well, with 30 vulnerabilities blocked.

iOS 9.2 is probably most easily installed directly on the device via Settings > General > Software Update, although it should also work fine if installed via iTunes. Regardless, always make sure a backup has completed before updating.

Unless you desperately need one of the fixes or new features listed above, we recommend waiting a few days to see if any major problems emerge in iOS 9.2. We have yet to run across any in our initial testing, but one advantage of iOS having hundreds of millions of users is that unexpected problems will be noticed quickly. That said, there are enough big fixes here that this isn’t an update to avoid for long.