As the author of “Take Control of Your Apple Wi-Fi Network”, you might think that I’d be biased in favor of the fruit company’s products. Yes and no! For Mac and iOS users who need access to specific features and want the simplicity of configuring a base station through native software for both OS X and iOS, or who want to extend a network wirelessly, Apple’s long-in-the-tooth lineup remains the right choice, though it’s currently overpriced for what it delivers.

If you don’t need specific AirPort-only features and are willing to brave Web-based router administration and a steeper learning curve, you have a couple of alternatives that cost substantially less and offer capabilities Apple doesn’t include and likely never will.

The Apple Advantage — Apple was one of the first companies to incorporate advanced features into its consumer-oriented 802.11n base stations, which have evolved into the current 802.11ac models. (That’s 802.11ac wave 1, which I’ll explain further below.) Apple’s base stations offered relatively affordable simultaneous dual-band networking — data flowing over 2.4 GHz and 5 GHz at the same time — with access controls, radio and channel choices, guest networking, USB printer sharing, hard drive sharing (except the AirPort Express), dedicated backup storage (Time Capsule), and music streaming (only on the AirPort Express).

But those advantages are in the distant past — most of these previously innovative features date to 2009 for the AirPort Extreme and Time Capsule and 2012 for the AirPort Express. Especially with the AirPort Extreme and Time Capsule models, which have had an identical tall “cracker box” form factor since their update in 2013, subsequent improvements have been solely in radio systems, with additional antennas and the move up to 802.11ac wave 1. But that’s not unusual — nearly every base station you can find has similar radio systems.

The AirPort Express is even further behind the curve. Last updated in 2012, it remains stuck with 802.11n and 10/100 Mbps networking, two Ethernet ports (one dedicated to a wide-area networking — WAN — or broadband connection), and no hard drive or multiple USB printer support. It uniquely sports an audio output (for analog and digital connections) that enables AirPlay streaming. (That audio-only output option was removed from the fourth-generation Apple TV.)

In contrast, the AirPort Extreme and Time Capsule have three switched LAN and one WAN gigabit Ethernet ports, and can handle multiple printers and hard drives, although even their USB ports remain USB 2, rather than the ubiquitous and 10x faster USB 3 standard.

So why pick an AirPort Extreme, Time Capsule, or AirPort Express, given how long it has been since Apple has paid them much attention?

While the term “Apple tax” is often used to ridicule people who prefer a product that works well and costs more to one that is cheap and bad, in the case of Apple’s base stations you’re not getting what you pay for unless one or more of the above factors is important.

Picking an Alternative — In the past, non-Apple routers suffered from a lack of OS X-compatible drivers and options for services like USB printer and hard drive sharing. Some routers required you to download and run a Windows app to update firmware. Others relied on Java or even Internet Explorer. Most of that nonsense has disappeared, and simple browser-based administration is generally effective. I have seen a few situations where Safari behaves oddly with an admin interface, but in those cases Chrome or Firefox usually works fine.

I recently needed to replace one of the three base stations in my house, because I upgraded my broadband service to gigabit fiber, which required locating the broadband modem in a totally different part of the house. I use Ethernet as the backbone between three Apple base stations of different vintages, and had forgotten that the one closest to the broadband modem was limited to 802.11n, was a single-band-at-a-time model, and topped out at 100 Mbps Ethernet. That would drag down a 1 Gbps symmetrical Internet connection, and it also meant I hadn’t been getting the best use of my LAN, either.

I’m an editor-at-large at The Wirecutter and recently helped in a late-stage edit of its revised guide for the best all-around Wi-Fi router. The reviewer picked the 802.11ac simultaneous dual-band TP-Link Archer C7 (v2), which typically sells for about $90, or half the price of an AirPort Extreme. 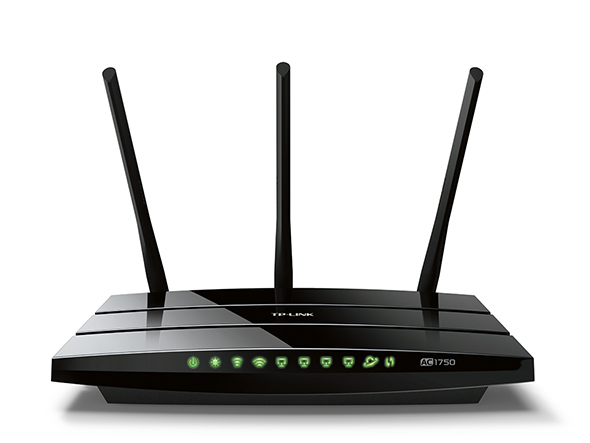 I had considered the new Google OnHub routers, one made by TP-Link and one by Asus, but the prices ($200 and $220) are nonstarters and most of the interesting features aren’t enabled or seem awkward (“Google’s OnHub Router Gets Rough Treatment in Early Reviews,” 31 August 2015).

There are literally hundreds of inexpensive 802.11n and 802.11ac routers, but few have consistently outstanding reviews or include as many features as the TP-Link unit. After reviewing what I needed, I opted to buy the Archer C7: it checks off all the Wi-Fi boxes I need and a number of others. While it lacks the AirPort-only features mentioned above (AirPort Utility configuration, AirPlay, and Back to My Mac), I’m not troubled by the omissions, and I suspect many people won’t even notice these features are missing.

Like most non-Apple routers, the Archer C7 has an absurd number of configuration options. Most router manufacturers adapt reference designs made by chipmakers, which includes microcode that runs the router. The manufacturer typically creates a physical case, customizes and extends the software, and packages administrative tools in its own user interface. Because so many options are available in the chipset and reference design, they’re generally presented to the user as equally valuable, though some are hidden in an Advanced section. Most people never need to change more than a few settings, but for those who need extras, you’ll find options in the Archer C7 Apple doesn’t and will never offer. 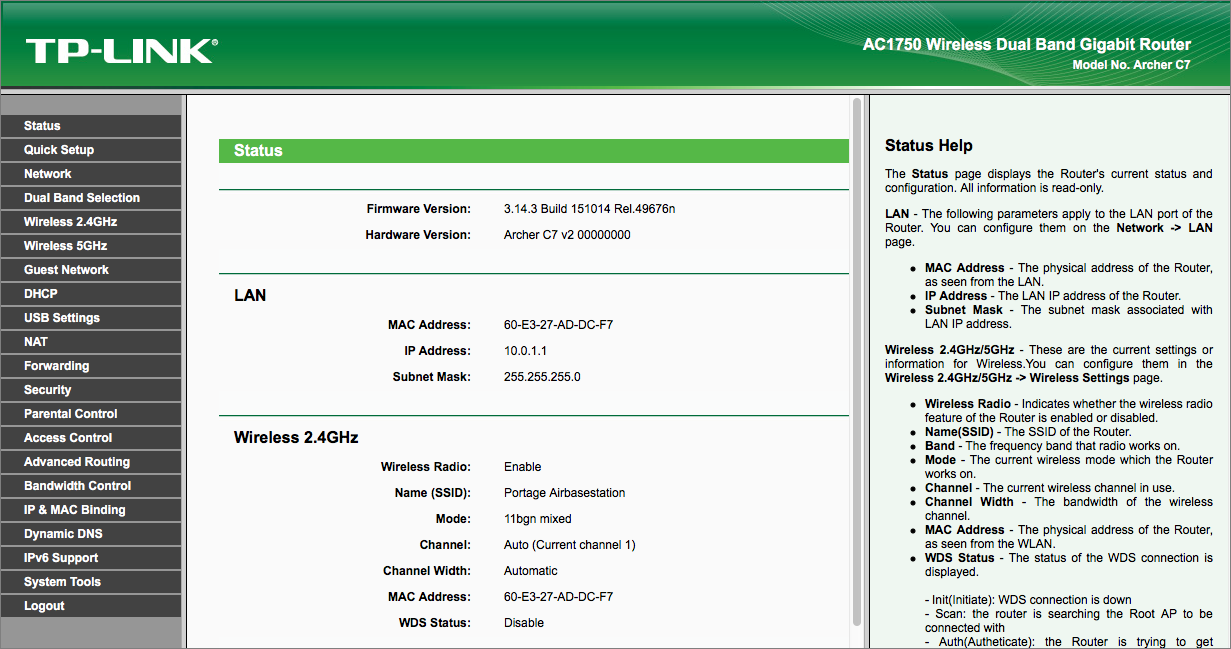 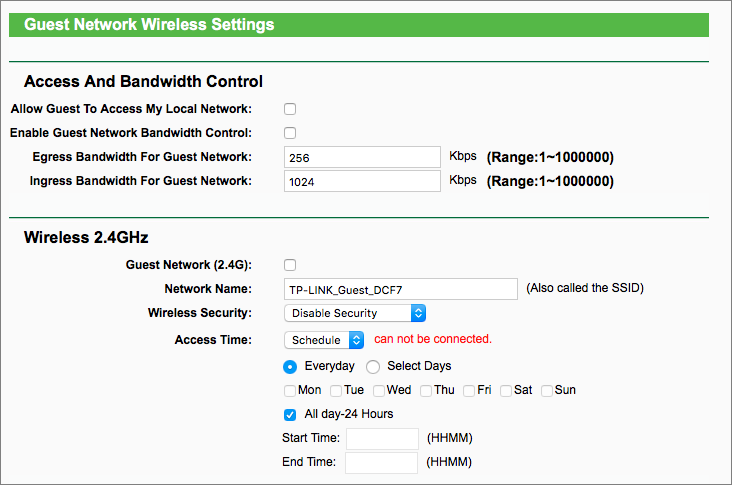 If you’re concerned about using Bonjour, AirPrint, or AirPlay over a network that’s not all configured with Apple gear — don’t be. The underlying protocol, mDNS, is now used by companies other than just Apple, and it works in general with modern Wi-Fi routers from other companies.

The worst thing I’ve seen, which isn’t terrible, is that the Bonjour names for network devices don’t appear in AirPort Utility when I’m configuring my two remaining Apple base stations, although the names do appear in the Archer C7’s DHCP Clients’ list.

Even without the extra options, the Archer C7’s price may be right. I’ve messed with a few settings, but I was mostly looking for a strong 802.11ac router that would handle DHCP routing and pass traffic through, while also further extending coverage in my house.

I’ve been using the Archer C7 for several weeks, and haven’t hit any roadblocks or consistent problems. I seem to need to reboot it occasionally, but because of a necessary telco-provided modem, I’m never entirely sure where the fault lies, the modem or the router. When I’ve needed to change settings or look up how I configured a feature, I haven’t been stymied. As with most routers, after an initial configuration, you rarely mess with details — set it and forget it.

As I note above, although there are many competing routers, few truly inexpensive models have gotten decent reviews. But TP-Link makes a super-cheap 2.4 GHz-only 802.11n router, the TL-WR841N, which sells at Amazon for $19 and is generally well liked in over 9,000 reviews, averaging over four stars. It also incorporates a four-port gigabit Ethernet LAN switch plus a WAN port, making it a great spoke end for a network.

What Apple Should Do — Apple could reclaim the loyalty of its ecosystem in a few ways:

Apple still makes quality Wi-Fi base stations. But its gear is long in the tooth and desperately needs some attention.

If you’re waiting to see if Apple comes up with something new before making a purchase, biding your time until the middle of 2016 seems sensible — the last few AirPort releases have dropped in June. However, if you need a new Wi-Fi gateway sooner and aren’t wedded to AirPort-only features, either of the TP-Link models mentioned will do a fine job while keeping more money in your pocket.

Comments About Alternatives to Apple’s Wi-Fi Base Stations