Apple Pay has arrived in China, and the demand so far has been incredible. Mashable reported that within 1 hour, 10 million people had linked their bank accounts to Apple Pay, with a total of 38 million new users by the end of the business day.

However, the rollout wasn’t without its hiccups, as many Chinese customers were unable to complete the Apple Pay registration. The problem was originally reported to be caused by high demand, but Apple later explained that the service is being rolled out in waves, so it wasn’t available to the entire country at once.

Back here in the United States, Apple Pay may be coming soon to an ATM near you. TechCrunch reported last month that Bank of America and Wells Fargo are working on integrating Apple Pay in their ATMs, and TidBITS reader Alan Forkosh has spotted a Bank of America ATM equipped with an NFC reader, which would be required for Apple Pay. However, Forkosh wasn’t able to get the ATM to recognize his Apple Watch, so presumably the NFC reader in that ATM hadn’t been activated yet. 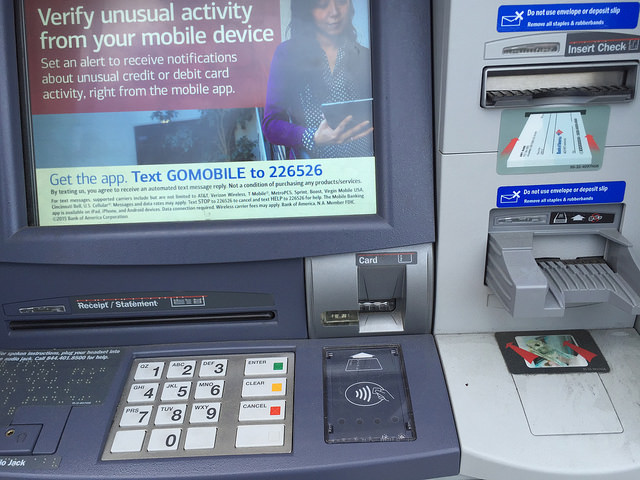 Meanwhile, Apple Pay has enrolled another 45 financial institutions, bringing the total in the United States to 1,045. On the retail end, chains like Au Bon Pain, Chick-fil-A, and Crate & Barrel are rolling out the service, and Apple Pay is set to arrive at Cinnabon, Chili’s, Domino’s, KFC, and Starbucks later this year.