So much criticism has been heaped on the likes of iTunes and Photos that it can be easy to forget the software that Apple gets right — apps that are both simple and powerful. There may be no better example of this than Preview, which has been built into OS X from the beginning.

On the surface, Preview is a simple image and PDF document viewer, although it can also open iWork and Microsoft Office files. Beyond that veneer of simplicity, though, Preview can do so much more. To get a taste of Preview’s power, let’s take a look at how you open images and documents in Preview, starting with the obvious ways and moving on to things you may not know.

Of course, if Preview is your default app for images and PDFs, you can open those files by double-clicking them or selecting them in the Finder and pressing Command-O. Or drag a file to the Preview icon, either in the Finder or in the Dock. Nothing new there.

Slightly more subtle is opening files through Quick Look, which we covered in detail in “OS X Hidden Treasures: Quick Look,” (12 February 2016). In the Finder, select an image or PDF file and press the Space bar or Command-Y to open it in Quick Look. Then click the Open With Preview button at the upper right. 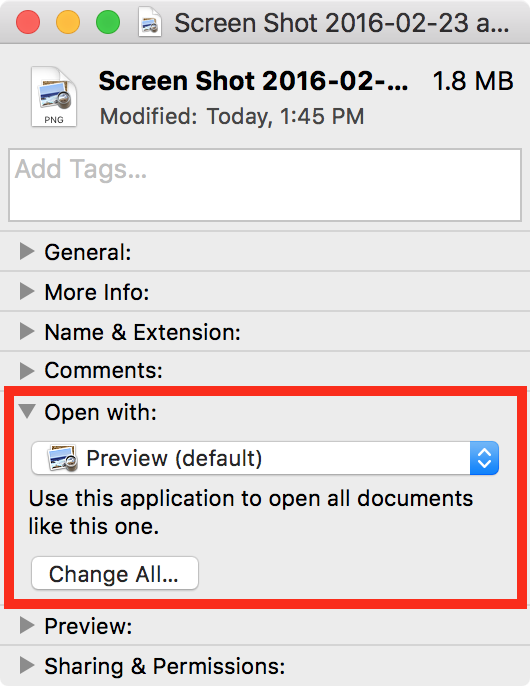 Import from the Clipboard — Since Preview is primarily seen as an image viewer, you’ve probably never looked closely at the File menu. Do that and you’ll notice that Preview doesn’t have a plain New command, but instead one titled New from Clipboard. That command does just what its name implies: it creates a new Untitled document containing the contents of the clipboard. It’s also often dimmed, because it can work only when the clipboard contains image or PDF data.

To test this, copy an image from anywhere on the Mac (try Control-clicking an image on a Web page in Safari and choosing Copy Image). Then switch to Preview and choose File > New from Clipboard. You’ll get an Untitled document containing the image.

It’s less common to copy a PDF, but if you open a PDF in Preview, select a thumbnail in the sidebar, and press Command-C, you’ll get that page in the clipboard, and choosing File > New from Clipboard will create a new Untitled PDF document with that page.

Here’s another neat trick: if you select a file in the Finder, choose Edit > Copy (or press Command-C), and then invoke Preview’s New from Clipboard command, it creates a new document containing all sizes and resolutions of that file’s icon. It’s a great way to snag an application or document icon!

Using Preview’s New from Clipboard command is far from the only way to create a new document containing an image or PDF page, but it’s handy on occasion.

Import from Cameras — Here’s something you probably didn’t know: Preview can import images directly from cameras and scanners. Better yet, in Preview’s eyes, your iPhone or iPad counts as a camera.

To import pictures from a camera, connect it to your Mac via a USB cable, open Preview, and choose Import from CameraName (for instance, Import from iPhone).

A window appears displaying thumbnails of the photos on that camera, largely mirroring the look and features of Apple’s Image Capture utility (which lives in the Utilities folder inside your Applications folder). By default, Preview displays the photos in a list, with EXIF information like the date and time the picture was taken, file size, resolution, GPS coordinates, aperture size, whether the flash was fired, and more. Even if you don’t want to use Preview to import your photos, it’s a handy way to view all that data.

When you want to import the photos, you have two options in the lower right. You can click Import All to get everything or select a few photos and click Import. Decide where to save the images and click Choose Destination to put the pictures there.

Import from Scanners — If you have a compatible scanner attached to your Mac, you can use Preview to import images and documents from it. Perhaps not surprisingly, the interface is also nearly identical to Image Capture’s. It’s also similar to the window that appears when you click Open Scanner from the Printers & Scanners pane of System Preferences. If your scanner doesn’t appear, you may need to set it up first from within the Printers & Scanners preference pane. Once there, you can also set Preview to open automatically when you press the Scan button on your scanner, assuming it has one. 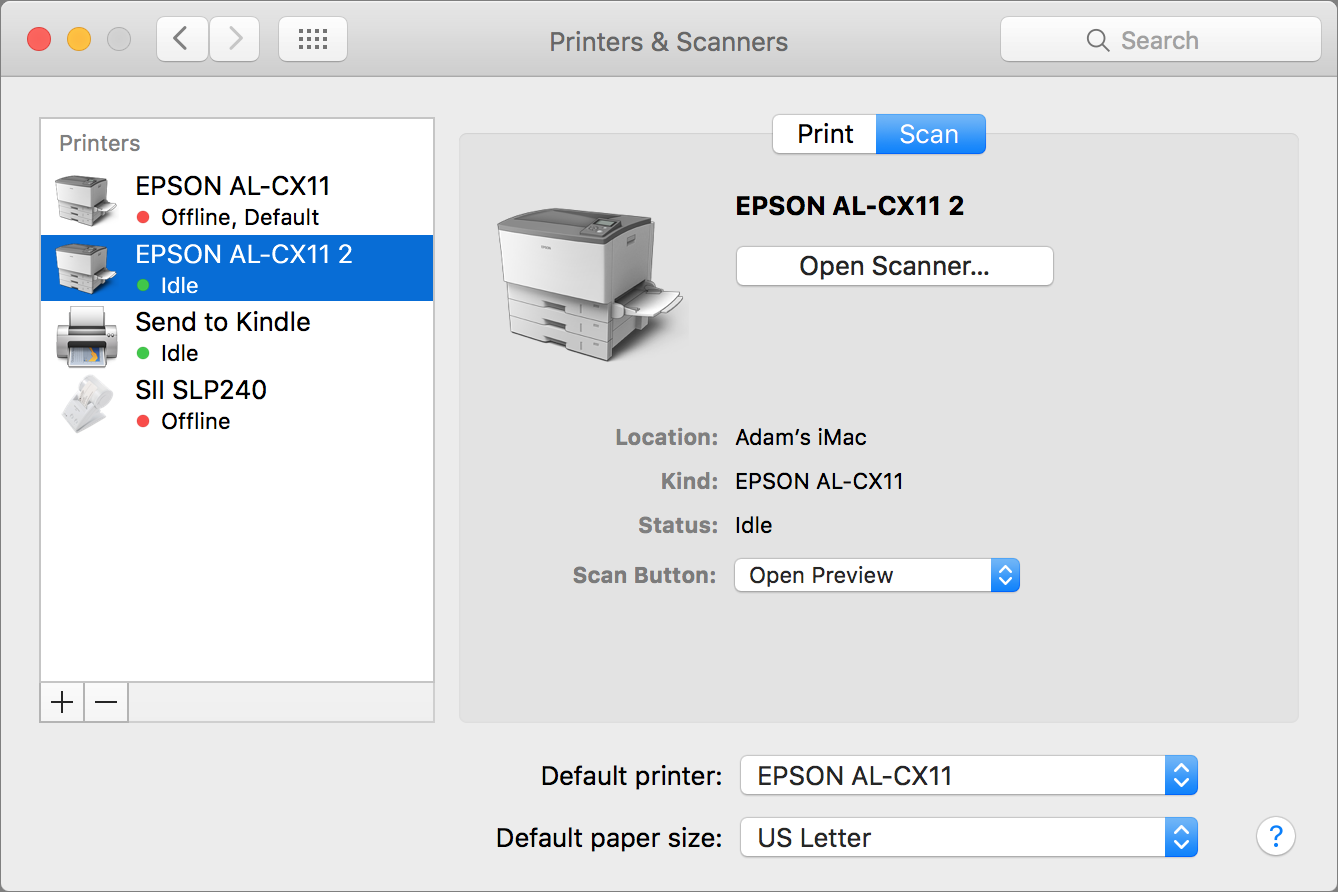 With the scanner attached and turned on, choose File > Import from ScannerName in Preview. If the details pane isn’t showing already, click Show Details to display a wide variety of controls for resolution, size, rotation, format, and image correction. You’ll probably want to choose a resolution higher than 50 dpi (300 dpi is safe if you’re planning to print the scanned document; you might want to go higher for photos). 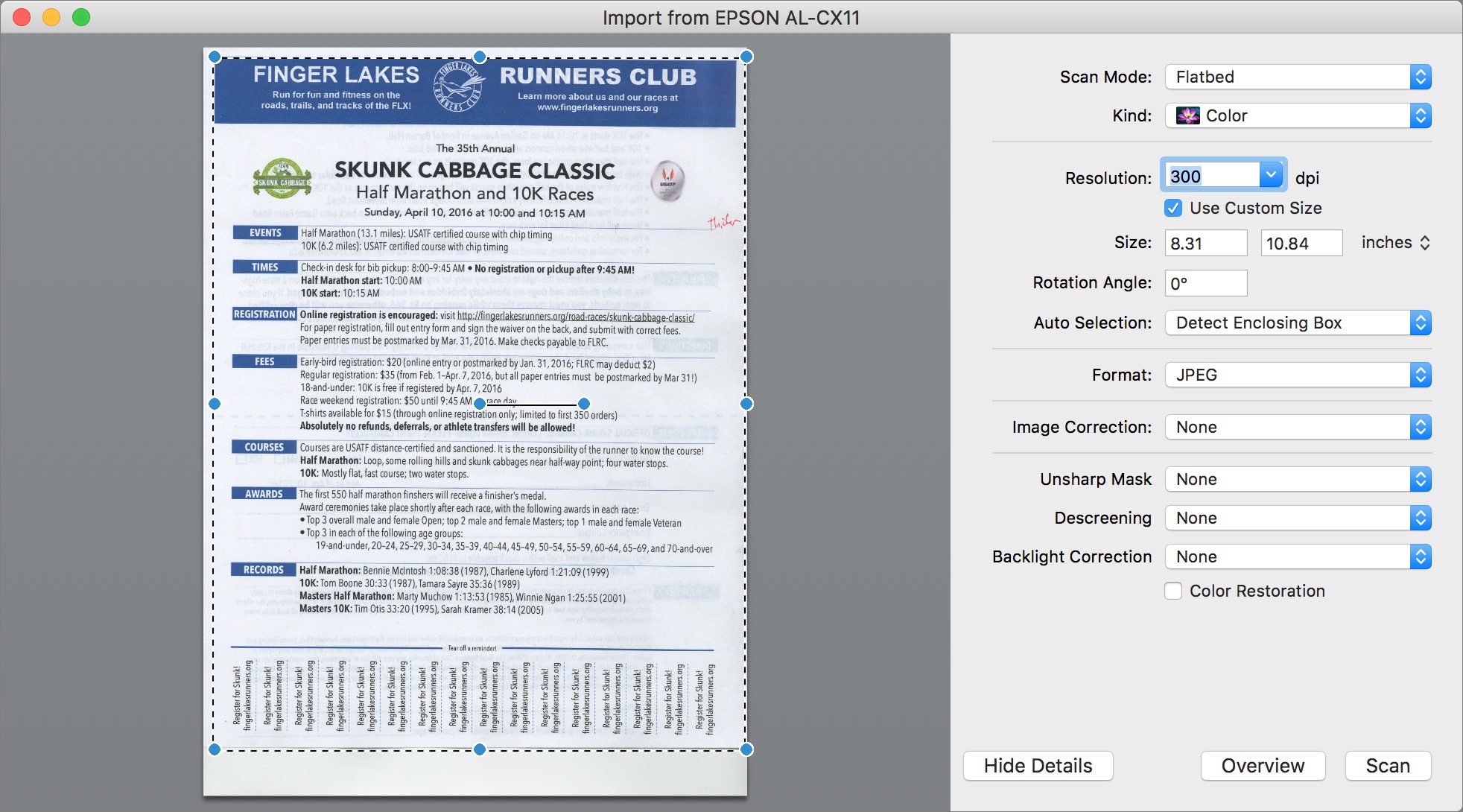 Pay special attention to the Auto Selection pop-up menu, which has three settings: Off, Detect Separate Items, and Detect Enclosing Box. Preview defaults to Detect Separate Items, which is appropriate for scanning multiple photos at once but isn’t right for scanning a single sheet of paper. For full-page scanning, choose Detect Enclosing Box, which tries to detect the edges of the paper and lets you adjust the scanned area by dragging the selection rectangle’s handles. If neither does quite what you want, you can select the portion of
the document to scan manually by dragging out a rectangle, moving it around, and resizing it with its handles. For an easier approach when scanning full pages, choose Edit > Select All (Command-A), and then resize the selection.

When everything is set to your liking, click Scan. Preview scans the document and opens it in a new Untitled window. If it doesn’t meet your needs — this is where you realize that you forgot to reset the resolution menu from 50 dpi to 300 dpi — close it without saving. Otherwise, save and name the document to keep it. If you put multiple items in the scanner, Preview scans them to separate files, all of which are shown in a single Preview window.

One last thing. While viewing a PDF, you can add additional pages to it by choosing Edit > Insert > Page from Scanner. The scanning interface here is simpler, with only a checkbox to use the scanner’s document feeder, if available; a Rescan button for trying again; and an Add To Document button. It’s not clear how Preview chooses resolution in this scenario, but it seems to be relatively high. The page is inserted after the currently selected page, though you can also drag it around within Preview’s thumbnail sidebar.

Take Screenshots — Those who write about technology have memorized Apple’s keyboard shortcuts to take Mac screenshots. Normal people who need to take a screenshot only a few times a year should turn to Preview instead. Just as the previous features also appeared in Apple’s Image Capture utility, the screenshot capabilities are mirrored in Apple’s Grab utility (also stored in the Utilities folder).

Unlike OS X’s screenshot shortcuts, which dump the screenshots on your Desktop, Preview opens each new screenshot as a PNG file in an Untitled window, where you can make any modifications you like before saving it. Simple, but effective. 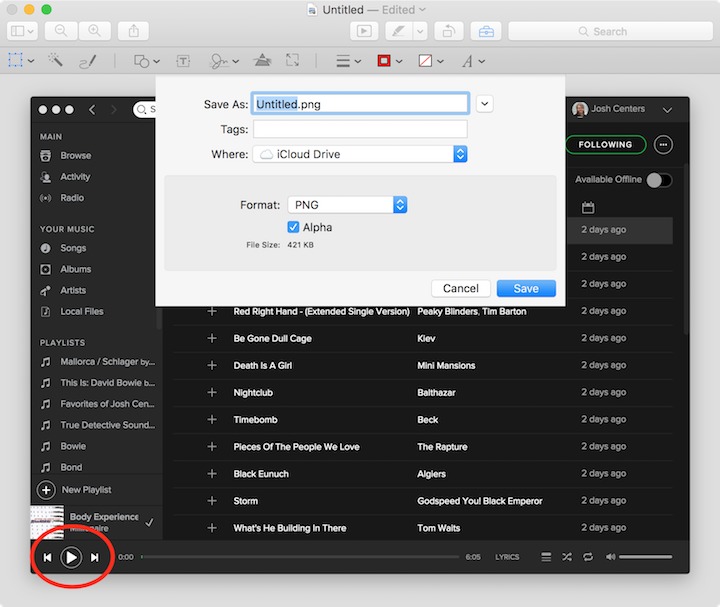 Wait, modifications? Yes, that’s right, Preview is also a surprisingly full-featured graphic editor too. But that’s a topic for a future article. Preview may seem unassuming, but it’s packed with useful capabilities, and we’ll be looking at more of them in the future.

Comments About The Power of Preview: Pulling Files into Preview