I began using Dropbox back in 2008, when it was still in beta testing and had no serious competition. I quickly became accustomed to having a folder whose contents were automatically synced across my computers and were also available in any Web browser. As time went on, I began to rely on it more for sharing documents (particularly among the TidBITS and Take Control gang) and for mobile access to my files. In 2013, I took my Dropbox addiction public in “Take Control of Dropbox,” which went into detail about both ordinary and unconventional uses for what has become an incredibly popular cloud storage and syncing service.

But precisely because Dropbox is so good at working unobtrusively in the background, I was only vaguely aware of many new features the company has added, and of the many new uses for the service. So I was astonished, when updating my book last month, to find that I needed 50 additional pages to cover all the changes in just the last year or so.

On the theory that others may be in the same boat — long-time, happy Dropbox users who simply haven’t kept close tabs on how the service has evolved over the years — I’d like to offer a brief rundown of what you may have missed. All these topics are, of course, addressed in detail in my new book for those who want to learn more.

Old News: Dropbox Pro Changes — First, a quick review of some old news. Back in 2014, Dropbox renamed its free version to Dropbox Basic, while changing the way Pro subscriptions work (see “Dropbox Boosts Pro Storage, Adds Pro Features,” 27 August 2014). Dropbox Pro now has just one pricing tier — 1 TB for $9.99 per month or $99 per year — that includes additional capabilities, such as view-only permissions for shared folders, password protection and expiration dates for any shared item, and the capability to remotely wipe the Dropbox folder on a lost or stolen device. In addition, the erstwhile Packrat option, which
let you store old file versions and deleted files indefinitely, was replaced with something called Extended Version History, which costs the same but saves this data for only one year.

Desktop App Changes — The Dropbox app for OS X and Windows still syncs files the same way, but also includes a number of interface changes and new features. For example: 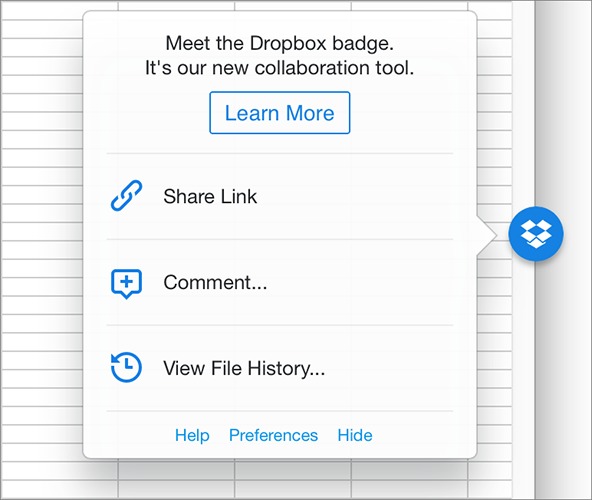 Mobile App Changes — The Dropbox apps for iOS and Android both have many new features. For example:

Web Site Changes — The Dropbox Web site has undergone numerous small changes to its layout and logic (forcing me to redo every graphic in the book — grr!), but larger-scale improvements include these: 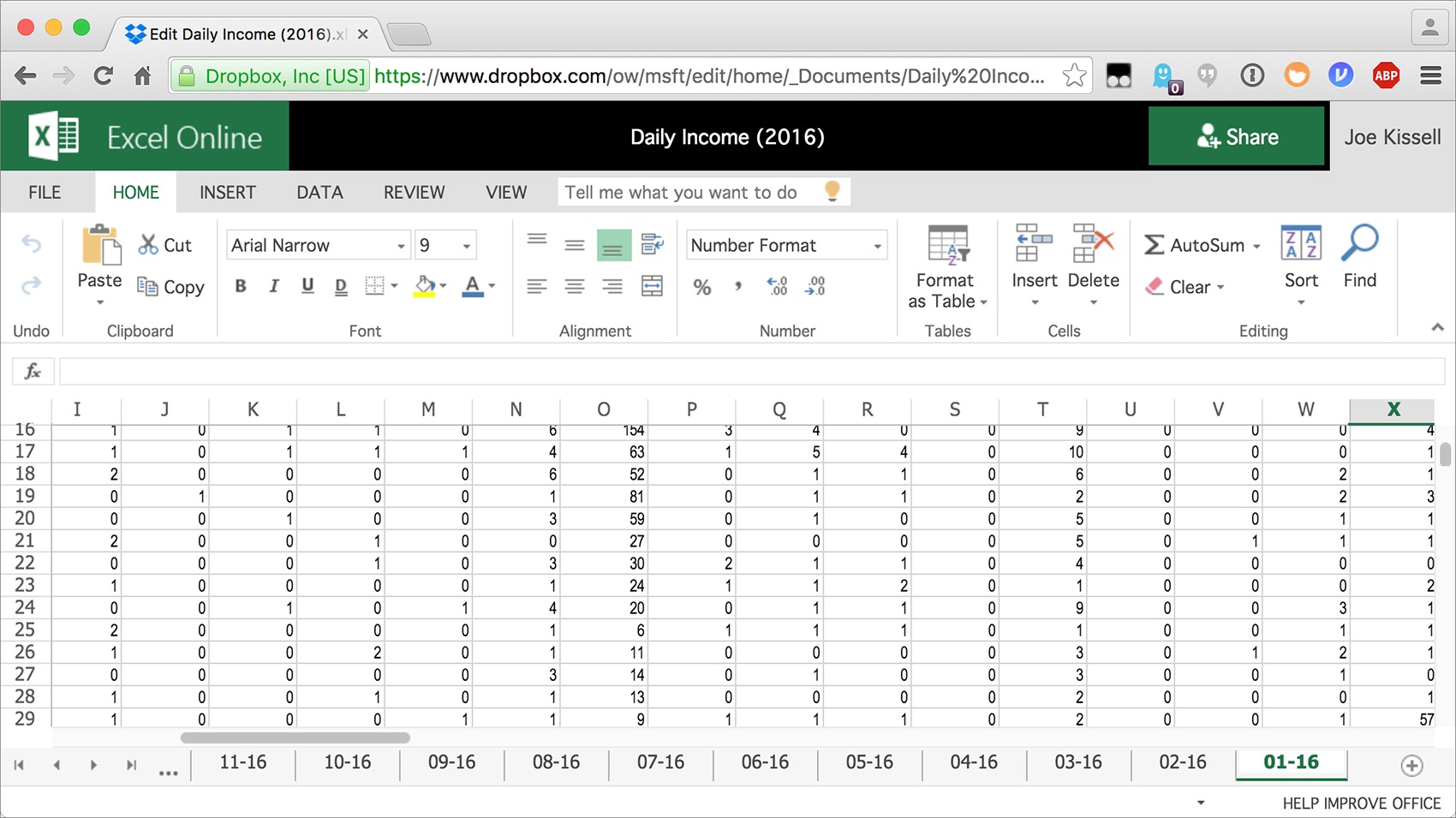 Collaboration Features — The biggest category of changes involves various forms of collaboration. Those who use Dropbox for work (or for other groups) can take advantage of several new collaboration features: 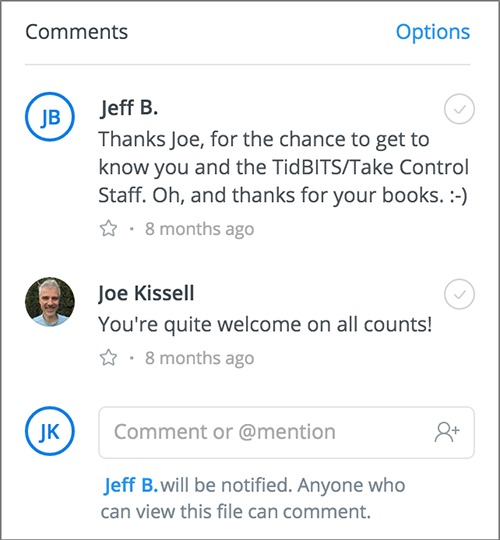 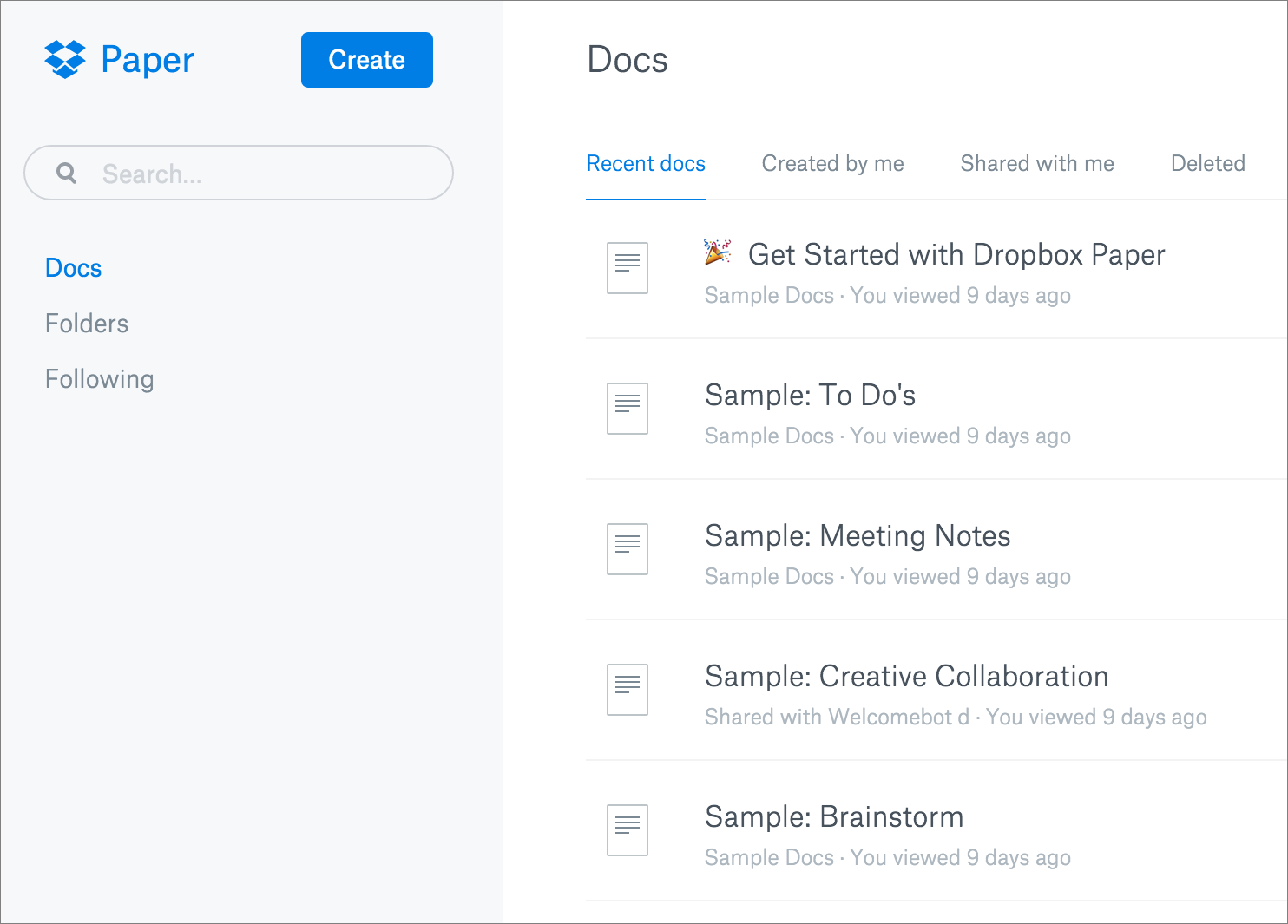 Take Control of Dropbox, Second Edition — All this is just a fraction of what Dropbox offers beyond its core features. And I explain it all in the vastly expanded, 151-page second edition of “Take Control of Dropbox.” The $15 book covers everything from the basics of syncing and sharing to the desktop and mobile apps, the Dropbox Web site, security issues, and every one of the special features I’ve mentioned here. It also gives you ideas for putting Dropbox to work in unusual and powerful ways, such as facilitating blogging, podcasting, or book publishing. I hope you find it helpful!

Comments About Catch Up with the Latest Dropbox Features