Apple’s special event today was advertised with the cryptic phrase “Let us loop you in,” which many people interpreted as being related to the Apple Watch. New Apple Watch bands did make an appearance, but I’d argue that the catchphrase should more be seen as trying to position Apple as working for customers as never before. Let me explain.

Events like this have long been used to share statistics that put Apple in a positive light, but this time Tim Cook chose to focus instead on customer privacy, the environment, and health, rather than on sales or earnings. After reiterating the basics of Apple’s dispute with the FBI over protecting customer privacy, he introduced Lisa Jackson, Apple’s Vice President of Environment, Social Policy, and Social Initiatives, to talk about Apple’s goals with regard to the environment, where the company fell slightly short of its 2-year goal of getting 100 percent of its power from renewable sources — only 93 percent of the company’s power comes from such
sources now. Nevertheless, Apple is 100 percent renewable in China, thanks to a 40 megawatt solar farm surrounded by yaks in Sichuan Province, and in Singapore, thanks to rooftop solar on more than 800 buildings. Plus, all of Apple’s data centers run on clean sources of energy. 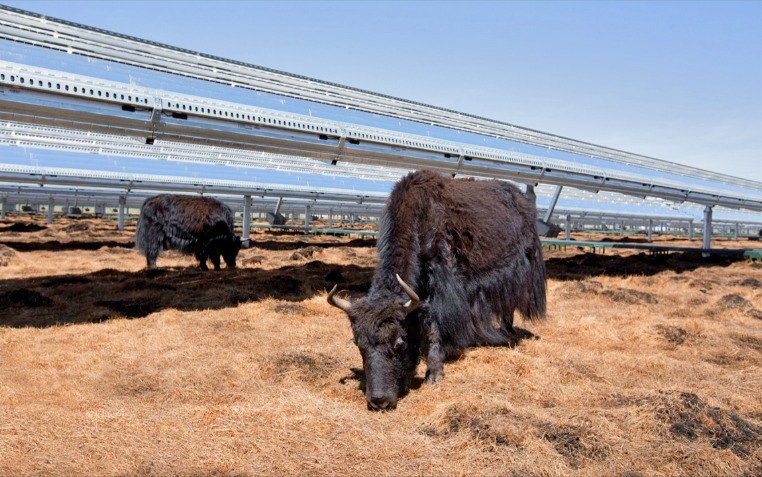 Jackson also reported on Apple’s commitment to reuse and recycling, introducing a robotic system called “Liam” that deconstructs iPhones into their component parts, which can then be far more easily stripped of their recyclable materials. And she plugged the Apple Renew program, which enables customers to recycle Apple devices at any Apple retail store or by requesting a mailer online. 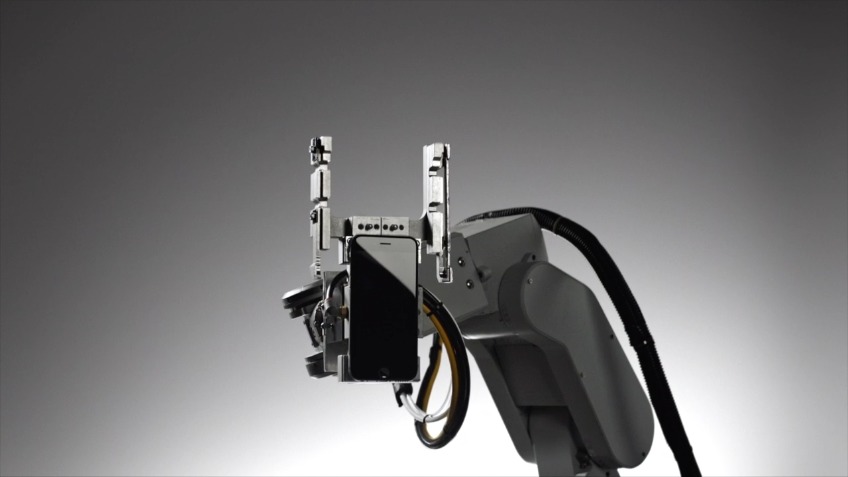 Next up was Apple COO Jeff Williams, who talked about the success of the open source ResearchKit framework that has enabled numerous research institutions to create apps for medical data collection. ResearchKit-based apps will now be able to incorporate genetic data thanks to a new module from the 23andMe genetic reporting company, along with modules for exam room medical tests.

Also new from Apple is CareKit, another open-source framework due in April 2016 that’s aimed at helping developers create apps that enable users to manage their own medical conditions. CareKit stemmed from observations of users with ResearchKit apps who started modifying their behavior based on the data reported by the apps. Developers are already incorporating CareKit modules into apps for Parkinson’s patients, post-surgery care and monitoring, home health monitoring, diabetes management, mental health, and maternal health. Williams was careful to note that privacy was key — CareKit apps will always let the user decide with whom
to share data.

Why lead with these announcements? In the FBI case, the government has been trying to paint a picture of Apple as an unfeeling corporate monster so concerned with business that it’s unwilling to help fight terrorism and crime. Apple’s focus on the environment and on helping with both medical research and everyday health issues presents a different image of the company, one that cares deeply about the future of the planet and the health and well-being of its inhabitants. And by raising the issue of medical data, Apple emphasizes how it’s trying to protect privacy, potentially even against government intrusion. In the battle for public opinion, Apple needs to be seen as more than just a profit machine.

Even the event’s more traditional announcements supported the idea that Apple is becoming more responsive to customer wants and needs. Apple Watch bands did make an appearance, with new colors for the sport and leather bands, a new “space black” Milanese Loop band, and a new line of $49 woven nylon bands that have a four-layer construction and use traditional buckle and tang fasteners — they come in seven colors. Minor changes, to be sure, but evidence of Apple acknowledging personal preference. According to the company, about 30 percent of Apple Watch owners change bands regularly.

The acknowledgement that one size does not fit all, a notable change from the Steve Jobs era at Apple, was even more strongly bolstered by the release of the 4-inch iPhone SE and 9.7-inch iPad Pro. You can read more about them in “Apple Shrinks iPhone and iPad for Latest Releases” (21 March 2016), but it’s notable to see Apple finally releasing fully capable new products that bring back popular form factors, rather than relying on older models. The iPhone SE combines iPhone 6s specs with the iPhone 5s industrial design. And Apple, in the person of Vice President of iOS, iPad, and iPhone Product Marketing Greg “Joz” Joswiak, said clearly that the first reason was that “some
people ? smaller phones.” It also didn’t hurt that a significant percentage of the people who prefer smaller iPhones are first-time buyers, particularly in China, which says that smaller, cheaper iPhones are an easier intro to the iPhone world. With 30 million 4-inch iPhones sold in 2015, adding the no-compromise iPhone SE to the lineup makes a lot of sense.

The 9.7-inch iPad Pro seems to have the same design impetus — Apple’s Phil Schiller, Senior Vice President of Worldwide Marketing, didn’t share any sales numbers for the 12.9-inch iPad Pro, but he did say that Apple wanted to bring the iPad Pro’s specs and capabilities to the most popular iPad form factor — Apple has sold over 200 million 9.7-inch iPads so far. Again, additional support for the decision came from the surprising fact that the majority of people who buy an iPad Pro are coming from the Windows world, where there are reportedly 600 million PCs in use that are over 5 years old. Ignoring the fact that people are probably hanging on to such old PCs because they don’t want to spend the money on new hardware, it’s
still smart of Apple to offer more choice for switchers.

I won’t go so far as to say that these announcements show a major change of heart at Apple, but I do believe they’re evidence of an evolution in thinking at the company. I’d suggest that Apple is realizing that, as the customer base has grown, there are very large numbers of people with legitimate needs and opinions not being met by the company’s product mix, and Apple can do more to serve them. Simultaneously, Apple understands that as successful as it is, going up against the U.S. government is risky, and it will need all the public support it can get. Combine all that, and hopefully we’ll get an Apple that’s always trying to become better at listening and more open to producing products that meet everyone’s needs.