Apple has released iOS 9.3 with some exciting new features, such as Night Shift (which adjusts color temperature based on the time of day), Touch ID and password protection for Notes, Wi-Fi calling for Verizon users, new education features for the iPad, and new 3D Touch actions for devices that support them.

iOS 9.3 is probably most easily installed directly on the device via Settings > General > Software Update, although it should also work fine if installed via iTunes. Regardless, always make sure a backup has completed before updating.

First, a word of warning: for two TidBITS staffers using the iPhone 6 and updating over the air, the update appeared to hang on the iCloud password screen of the setup assistant, but eventually recovered after being left alone for a few minutes. The problem isn’t universal, but other users have reported similar behavior.

Wi-Fi Calling for Verizon — If you’re a Verizon customer with poor cellular coverage at home, you’ll want to install iOS 9.3 right away, since it enables Wi-Fi calling, which routes your voice calls over your Wi-Fi router instead of your cellular connection (see “Turn on Wi-Fi Calling in iOS 9,” 28 October 2015). That can improve the sound quality of voice calls, particularly if you have dodgy cell service. To do so, go to Settings > Phone > Wi-Fi Calling, and enable Wi-Fi Calling on This Phone. You then have to enter your address for Verizon’s 911 records. 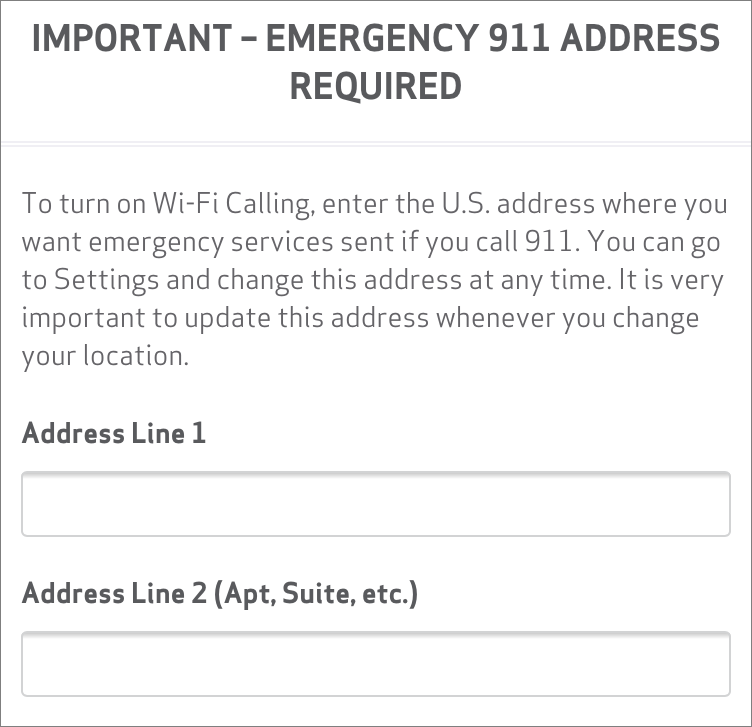 Night Shift — The marquee feature of iOS 9.3 for all users is Night Shift, which is essentially a clone of the venerable f.lux app for desktop computers. What Night Shift (and f.lux) does is adjust the color temperature of your screen throughout the day, reducing the amount of blue light emitted at night to help you sleep better. As Apple explains, “Many studies have shown that exposure to bright blue light in the evening can affect your circadian rhythms and make it harder to fall asleep.” This is a real problem.

To enable Night Shift, tap the new button in Control Center, or go to Settings > Display & Brightness > Night Shift. There, you can enable Night Shift manually by turning on Manually Enable Until Tomorrow. You can also schedule Night Shift to turn on and off at set times, even at sunset and sunrise. Although Night Shift can make the screen look a little strange, it’s worth trying if you use your device at night a lot. Happily, screenshots made with Night Shift enabled don’t reflect the warmer color temperature. 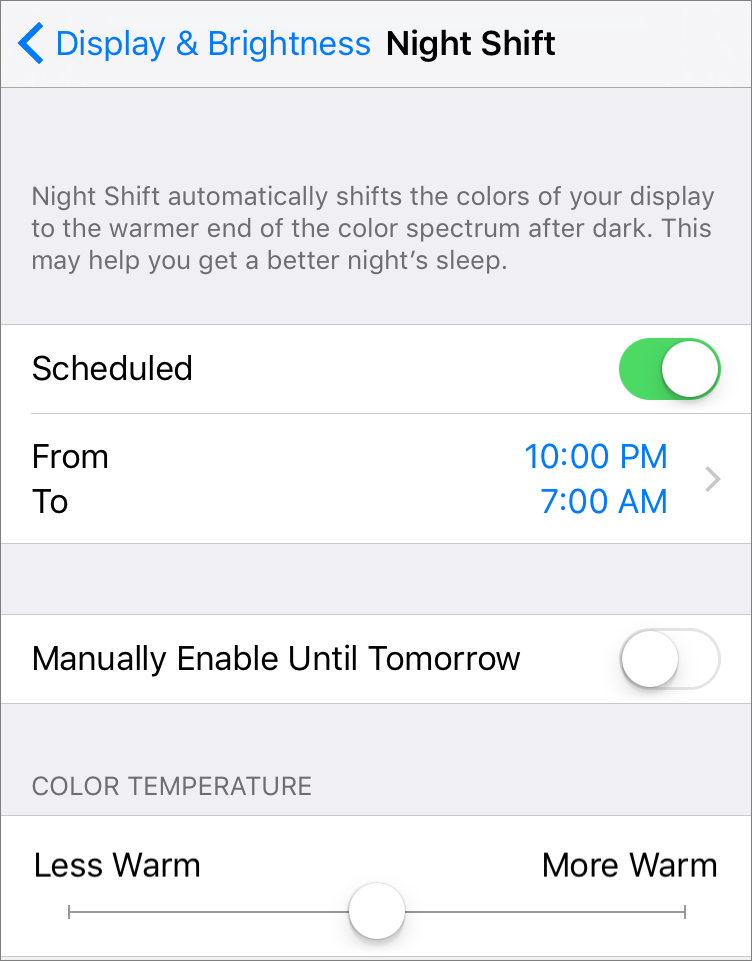 Notes — Another useful addition is the option to protect the Notes app with a password or Touch ID. To do so, go to Settings > Notes > Password. Enter and verify your password, enter a password hint if you like, and enable Touch ID if your device supports it (if it’s not already enabled). 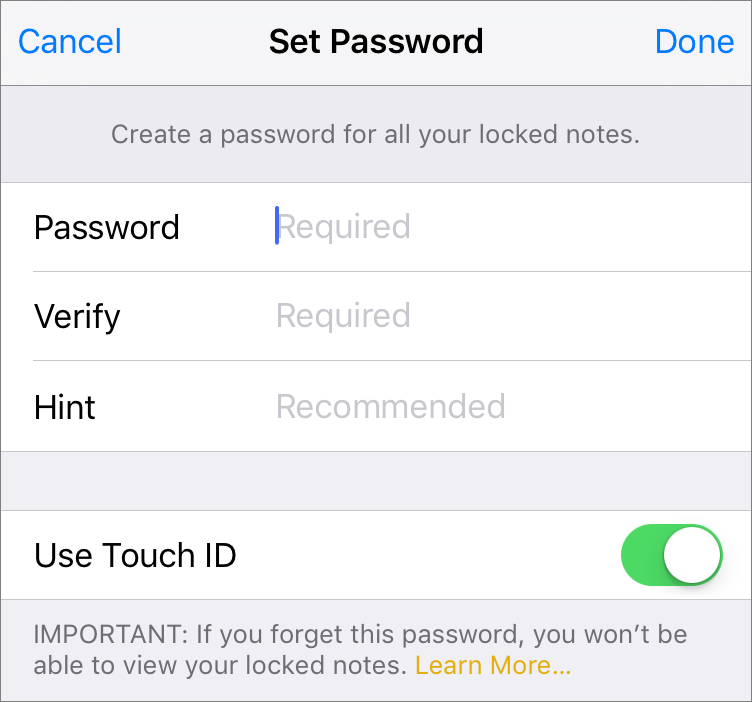 To lock a note, tap the increasingly overloaded Share button, and then Lock Note. You then either have to enter your Notes password or scan your fingerprint with Touch ID. After a lock is added, you can still read the notes until a reboot or until you tap the Lock Now label at the bottom of the notes list. Locked notes display a closed lock icon. To view a locked note, tap it, tap View Note, and then either scan your fingerprint or enter your password, which unlocks all locked notes. 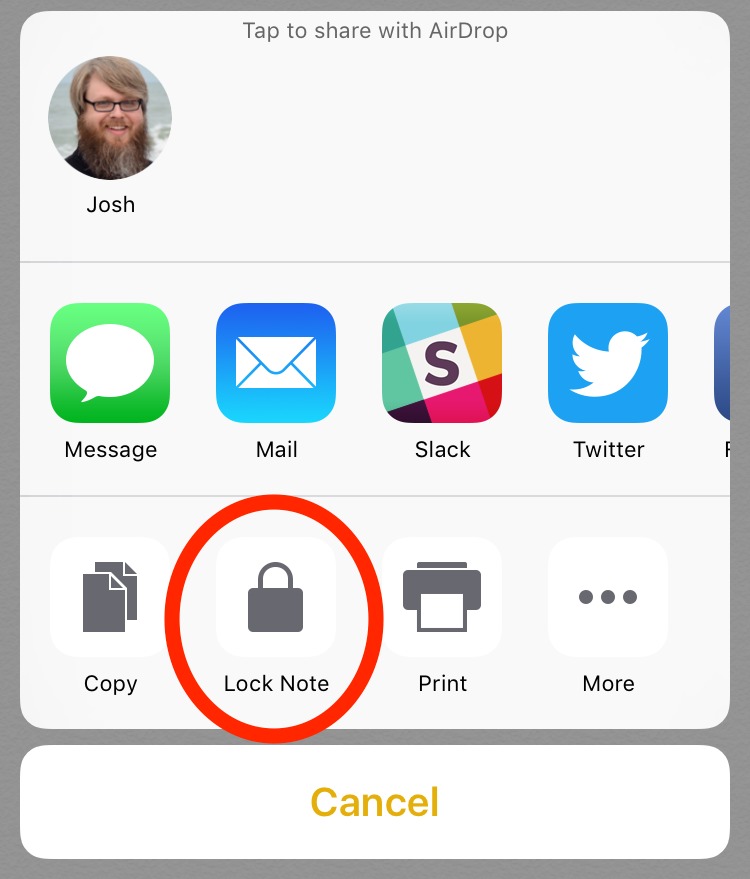 Notes also provides new sorting options, a gesture and a button for creating a new sketch, a checklist button at the bottom of each note
so you can more easily create lists, and the capability to display images and attachments in notes as thumbnails. There’s also a new setting in Settings > Notes, Save Media to Photos, which automatically saves photos and videos taken in the Notes app to the Photos app.

More Apps — Although the Notes app sees the most changes in iOS 9.3, plenty of other apps received some love too: 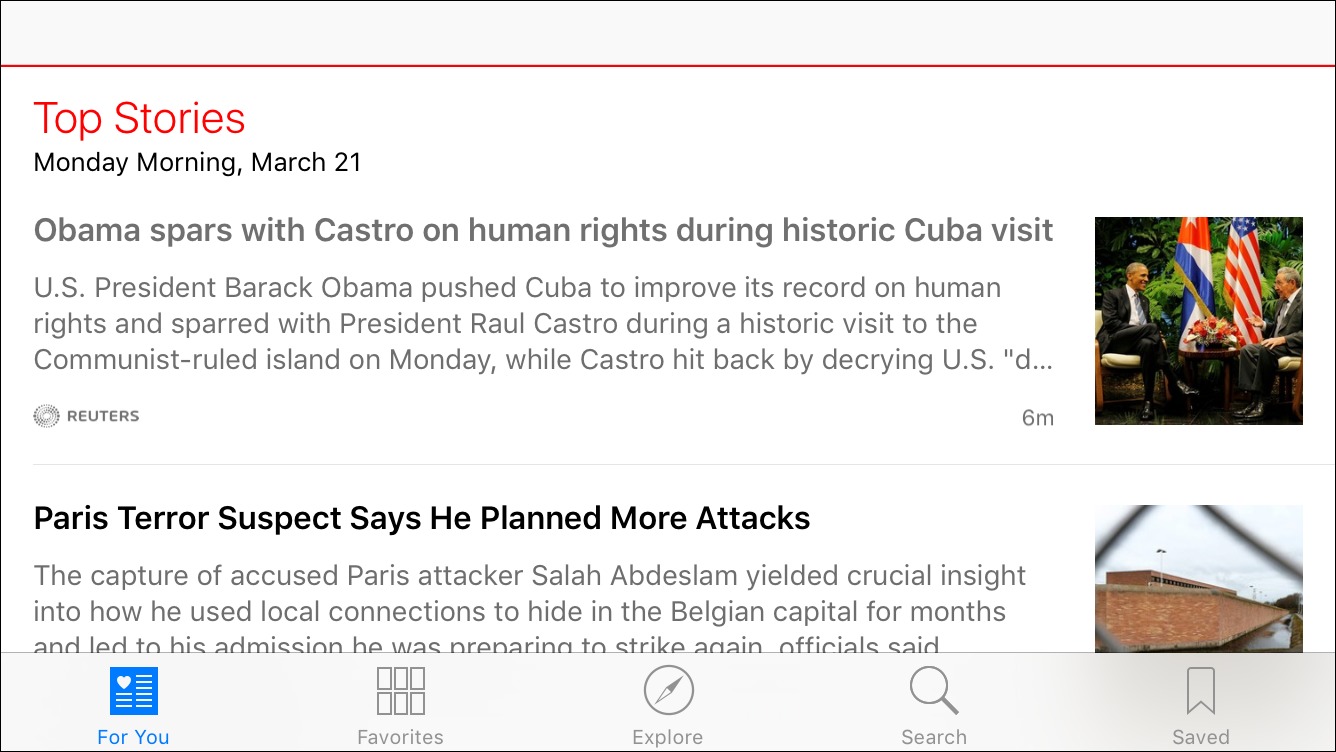 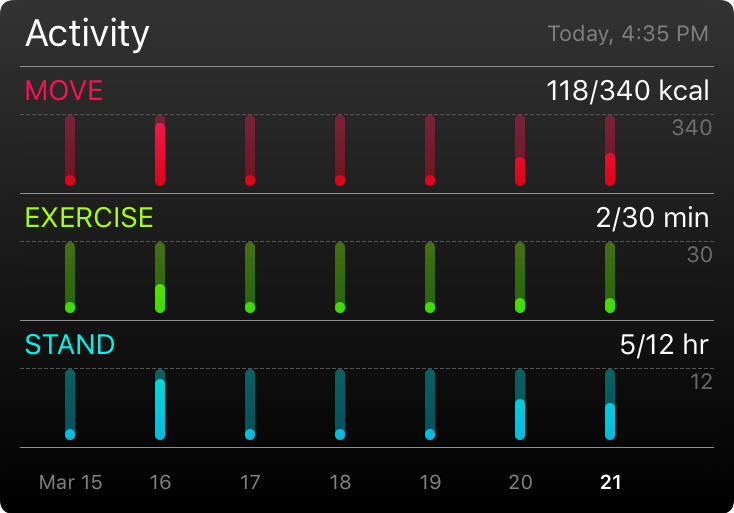 Other Improvements — Importantly, proper two-factor authentication is reportedly now available for all iCloud accounts, though we’re still figuring out if that’s true and how it works.

Live Photos become more usable and shareable in iOS 9.3: you can share these mini-moving pictures to OS X via AirDrop and Messages, and you can extract a still image from a Live Photo via the Duplicate command.

For the handful of people who can take advantage of CarPlay, iOS 9.3 offers a few new features: Apple Music’s For You pane in Music and a new Nearby feature in Maps to point out gas stations, parking lots, restaurants, and more. Audio sound levels in CarPlay are now equalized when you switch between audio sources, and Siri in CarPlay now reads back messages more concisely. For more on CarPlay, see “CarPlay Offers Limited, Glitchy iPhone/Auto Integration” (18 January 2016).

Finally, individual user profiles are available on the iPad — but only for educational institutions. Sadly, while most of us may never see these options, Apple has added some great features for educators, such as new administration tools, managed Apple IDs, and a Classroom app to help teachers manage their classes. Teachers can use Classroom to view students’ screens, launch and lock apps, use AirPlay to send student screens to an Apple TV, and reset passwords. These are all great features, and some would be nice to have outside the educational world as well, but we’re skeptical that they’re sufficient to woo budget-driven schools away from cheap Chromebooks. 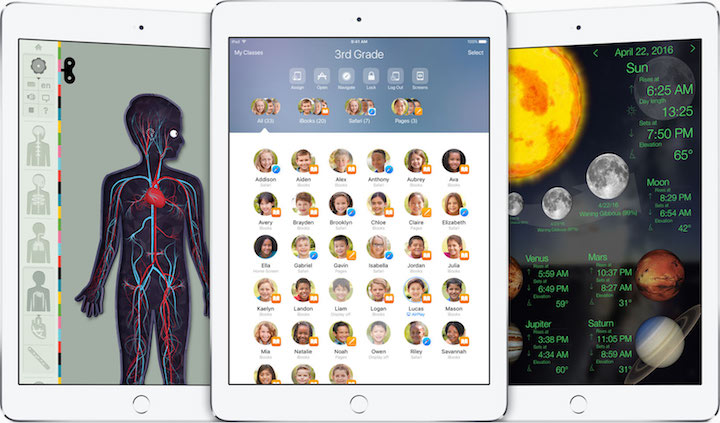 iOS 9.3 also includes a number of security fixes, most notably for a vulnerability discovered by Johns Hopkins University researchers that could let attackers intercept photos and videos sent via iMessage.

It’s surprising that Apple is adding new features this late in iOS 9’s product cycle. Usually, Apple adds notable features to iOS only once per year, in a major release in September or October. Perhaps iOS 9.3 marks a change in how Apple is scheduling its software updates, with a longer time between significant updates. Or perhaps that’s just wishful thinking for those of us who sometimes feel that our industry hamster wheel is spinning out of control!