Apple has released OS X El Capitan 10.11.4, with the main new features being improvements to Notes, including password-protected data, note sorting, and import from Evernote and text files. The update also enables iBooks to store PDFs in iCloud for sharing between devices and makes it possible to share Live Photos between iOS and OS X via AirDrop and Messages. You can install the 1.44 GB update via Software Update, and we expect standalone downloads will appear soon on Apple’s Support Downloads page.

As in iOS 9.3 (see “iOS 9.3 Works the Night Shift, Protects Notes, and More,” 21 March 2016), you can now protect notes in the Notes app. To do so, first choose Notes > Set Password. You’re prompted to enter and verify a password and password hint. Then, to lock a note, open or select a note and choose File > Lock Note. Keep in mind that if you set a password for a note, you can’t view that note in iOS unless that device is running iOS 9.3 or later. 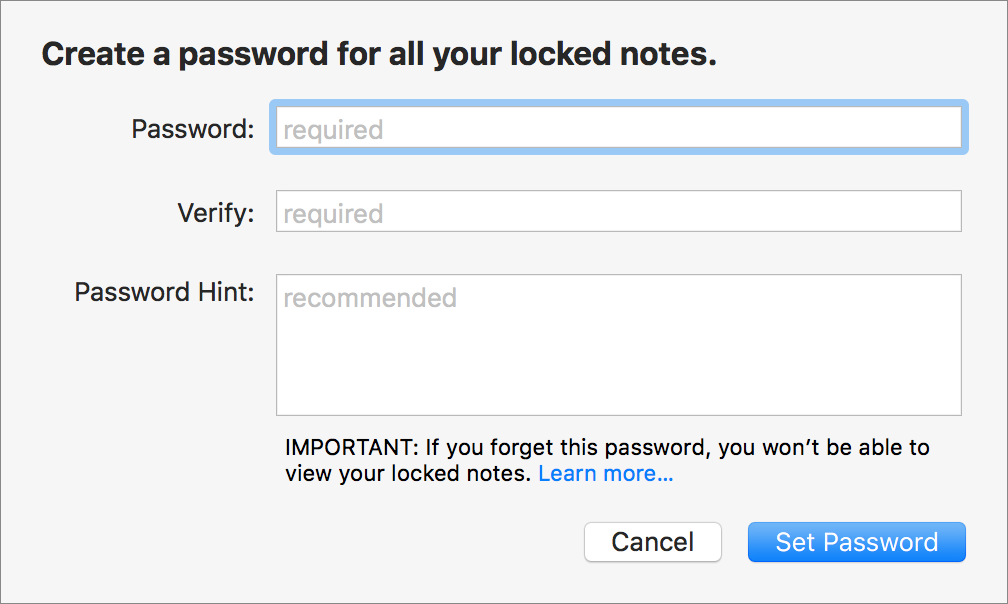 After you set a Notes password, that password will be used for all notes you protect with a password. There are also a few new commands that appear under the Notes menu:

You can now import files into Notes, under File > Import Notes. You can import plain text and rich text documents, including folders of such documents, as well as exported notes from Evernote.

To sync PDFs in iBooks via iCloud, make sure iCloud Drive is enabled in System Preferences > iCloud, click Options next to iCloud Drive, and make sure iBooks is selected. Then, in iBooks, click Use iCloud in the dialog that appears. If the books don’t appear, click the Sort By pop-up menu in the main iBooks window and choose Show iCloud Books. In iOS 9.3, just tap Use iCloud when prompted on your first launch of iBooks; presumably you can disable it in Settings > iCloud > iCloud Drive. 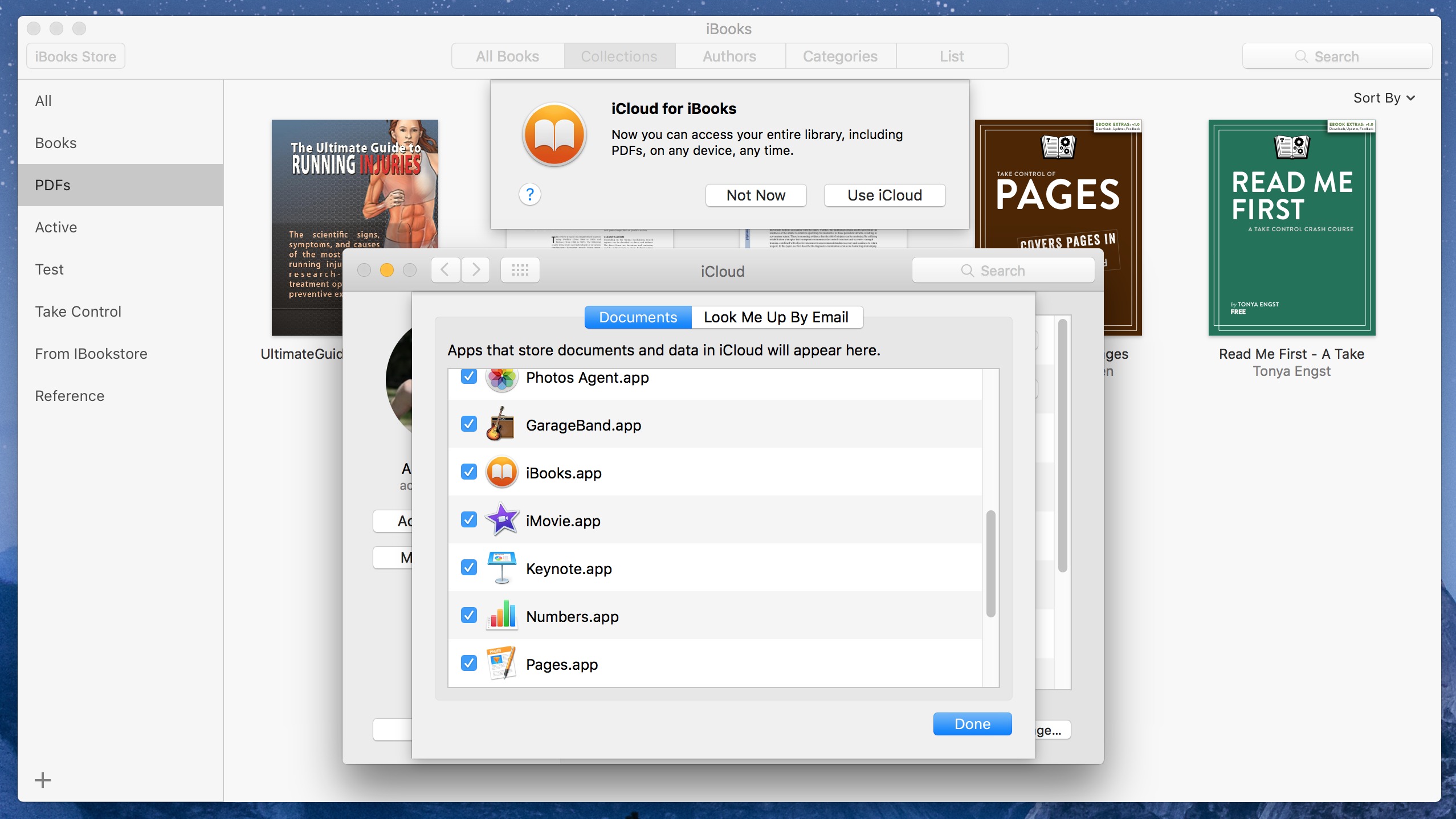 OS X 10.11.4 also improves support for Live Photos captured with the iPhone 6s and iPhone 6s Plus. Previously, AirDrop and Messages for Mac stripped out the videos from Live Photos, but no longer. In Messages, Live Photos are denoted with concentric circles in the upper left of the image attachment. Click the photo to open it in a separate window, and then click the Live Photo button to play the embedded video.

The 10.11.4 update also fixes a number of bugs including problems with:

Also addressed are a handful of enterprise-related issues, such as:

OS X 10.11.4 bundles in 38 security fixes, including one for a vulnerability in Messages discovered by Johns Hopkins security researchers that warranted coverage in The Washington Post today.

As always, we don’t recommend you jump on this update right away, as we’re doing, because it’s worth waiting for earlier adopters to see if there are any concerns. But don’t wait more than a week or two, since it includes important security fixes that everyone should have to improve the herd immunity of the Mac ecosystem. We’ll let you know if there’s a reason to hold off further.